If you’ve ever been bothered by English-speaking aliens, here’s a film to watch. 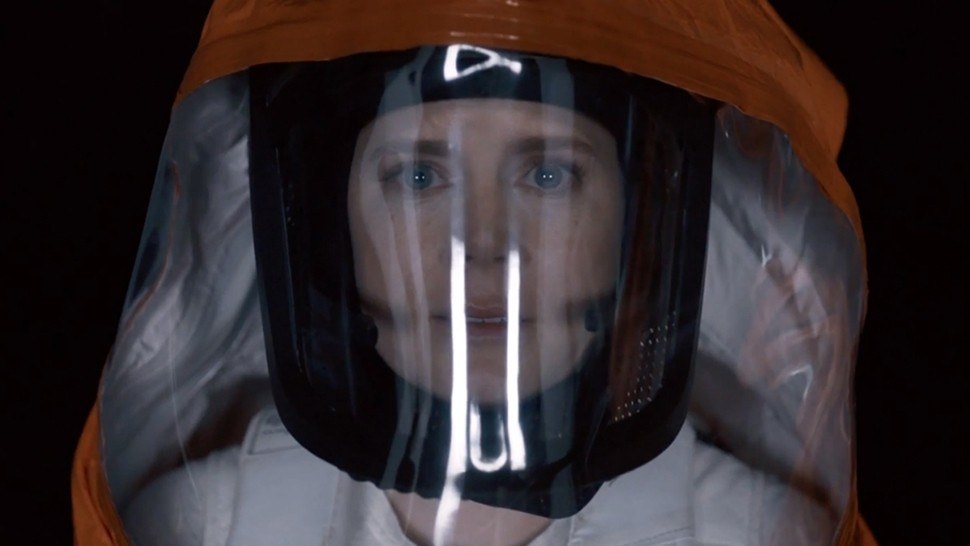 There is certainly no deficit of movies that attempt to narrate the events of humanity’s first contact with extraterrestrials, but they almost always require us to suspend an inevitable disbelief: How are humans able to speak to aliens?

Some films make quick and summary work of this complication with a translating device (as in Star Trek, with its universal translator; and more crudely, in Mars Attacks). Others choose to ignore the issue altogether and just have the aliens speak fluent English (no matter how implausible that actually is)—or have the audience believe that everyone in the universe can somehow understand each other despite speaking vastly different languages. This is true of the Star Wars universe, in which Luke can make sense of R2-D2’s beeping noises; and of Guardians of The Galaxy, in which “I am Groot” seems to mean whatever the hell you want it to (although we’re sure that “real fans” can retort with some lore-based explanation for both). And for the most part, the lack of linguistic realism has never really been enough to significantly diminish a movie’s overall merit. But for science-fiction that takes itself seriously, it remains an important question: how would we even begin to communicate with aliens who are from an entirely different world, shaped by entirely different circumstances? 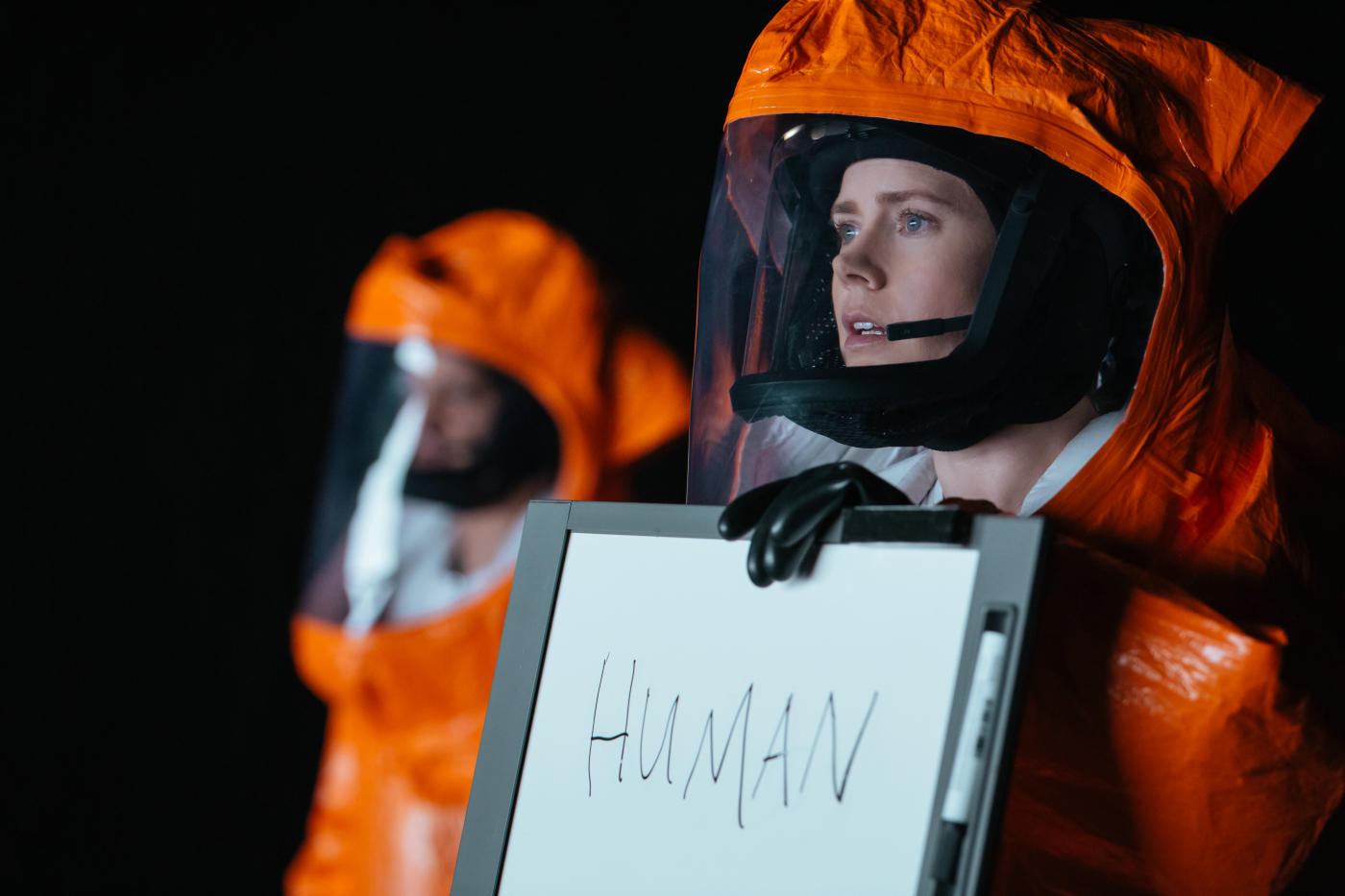 Denis Villeneuve's Arrival happens to be science-fiction that takes itself seriously. Based on The Story of Your Life, an award-winning short story by American sci-fi writer Ted Chiang, the movie dares to tackle this question with a refreshing commitment to realism and believability, weaving a narrative that reflects on the dynamics of language, culture, and communication—both between humanity and extraterrestrials, and among ourselves.

Arrival really is a picture of how we as a species deal with each other when faced with a threat. Do we work together, or remain at odds? Are there differences between us that we can’t set aside for the common good?

The premise and points-of-conflict are simple and familiar: The aliens are here; now what do we do? But instead of cutting straight to the lasers and explosions as today’s sci-fi blockbusters are wont to do, Arrival remains fixated on the necessary first hurdle: communication. After 12 unidentified vessels arrive at different locations on Earth, Dr. Louise Banks (Amy Adams), a renowned linguist, is charged with translating for us to the species onboard. She is placed in a military base camp operating at the foot of an arrival site, joined by theoretical physicist Ian Donnelly (Jeremy Renner) with the goal of asking the aliens our most important question: “What is your purpose on Earth?” And because the film acknowledges just how great the language barrier would be, it takes lengths (or what felt like more than three-fourths of the movie’s 1h 58m runtime) to arrive at their answer.

But if that seems like a long time to dwell on a simple question, consider the complications. All 12 of the alien vessels arrive in different countries, each of whom meet their visitors differently, making international politics as much a part of Arrival’s theme as alien contact. As it progresses, the movie raises the stakes of Dr. Banks’ task by putting her on the clock. She and all her other counterparts around the world are trying to figure out what the aliens’ intentions are before everyone else does, because their governments disagree on how to handle the situation (as they likely would in real life).

It leads to a frantic and trepid scramble to solve a seemingly insurmountable problem that, compounded by the pre-existing ethnolinguistic differences between the nations of the world, only exacerbates souring international relations. This dynamic is perhaps the most profound aspect of Arrival: it really is a picture of how we as a species deal with each other when faced with a threat. Do we work together, or remain at odds? Are there differences between us that we can’t set aside for the common good?

So if the conflict between humans and aliens is the first thematic layer of the film, the second is conflict among nations. And then on top of those still, Dr. Banks is also beleaguered by an unfolding personal struggle, which forms its third layer.

Thankfully, Arrival weaves these all together seamlessly, in a way that is both believable and satisfying. Like an orchestra, the tension builds in all fronts simultaneously and with rhythm: Banks is nervous as she makes contact with the aliens, under the duress of China’s adversarial stance, and trembling as she appears to be haunted by memories of a dark personal past. Then, as she retreats from the alien vessel, the film eases into a little exposition, before bringing her back in again, wracking the audience with more to worry about. It goes back and forth like this in its most important moments, between tension and excitement and thoughtfulness, commanding your attention and keeping you on your toes throughout.

As it begins to tie all its parts together, Arrival provokes thought and theory, which is the ultimate goal of good sci-fi, and indeed, good cinema.

Apart from its pitch-perfect pace, Arrival also succeeds aesthetically: Both its sound design and coloration are tools for composing feelings of confusion and distress. Visually, the film is dull and dark, as the world might feel when an incomprehensible threat to our existence looms overhead. It also sounds absolutely ominous, with an excellent score and an ambience fit for a horror movie, especially in the moments of direct interaction between us and them (the canary’s chirp is a beautiful touch). 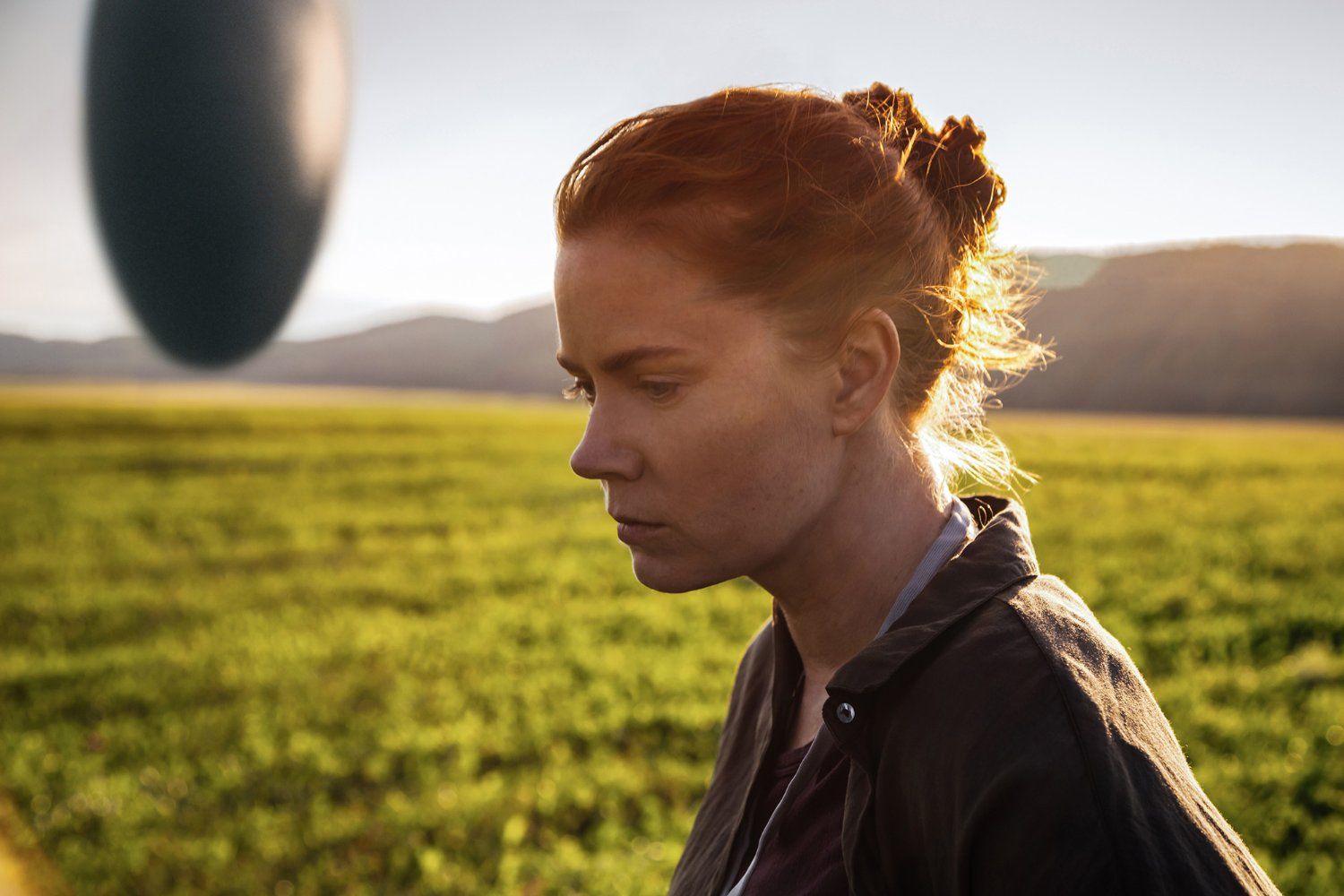 Something must also be said about Amy Adams’ performance in this movie, despite her widely-disputed Oscars snub (some have gone as far as to diagnose her with whatever Leonardo diCaprio had before The Revenant). Because her character is central to the story and ultimately the fulcrum of all its machinations, the film stakes much on the actress’s ability to interact with CGI aliens and to convey the complex emotions of a woman beset on all sides. Thankfully, Adams delivered, and is rightfully hailed even by Arrival’s critics for her phenomenal performance.

But once Arrival actually does arrive at the aliens’ answers to Dr. Banks’s burning question, it takes an even more complicated turn (which we will leave out for you to see for yourself). Some argue that this last act is something of a Shyamalanian plot twist, but while that may be a founded comparison, it’s still an unfair exaggeration. The film is certainly more believable until this sudden pivot—and believability is a big part of what makes it work—but it doesn’t make the movie any less satisfying. As it begins to tie all its parts together, Arrival provokes thought and theory, which is the ultimate goal of good sci-fi, and indeed, good cinema. 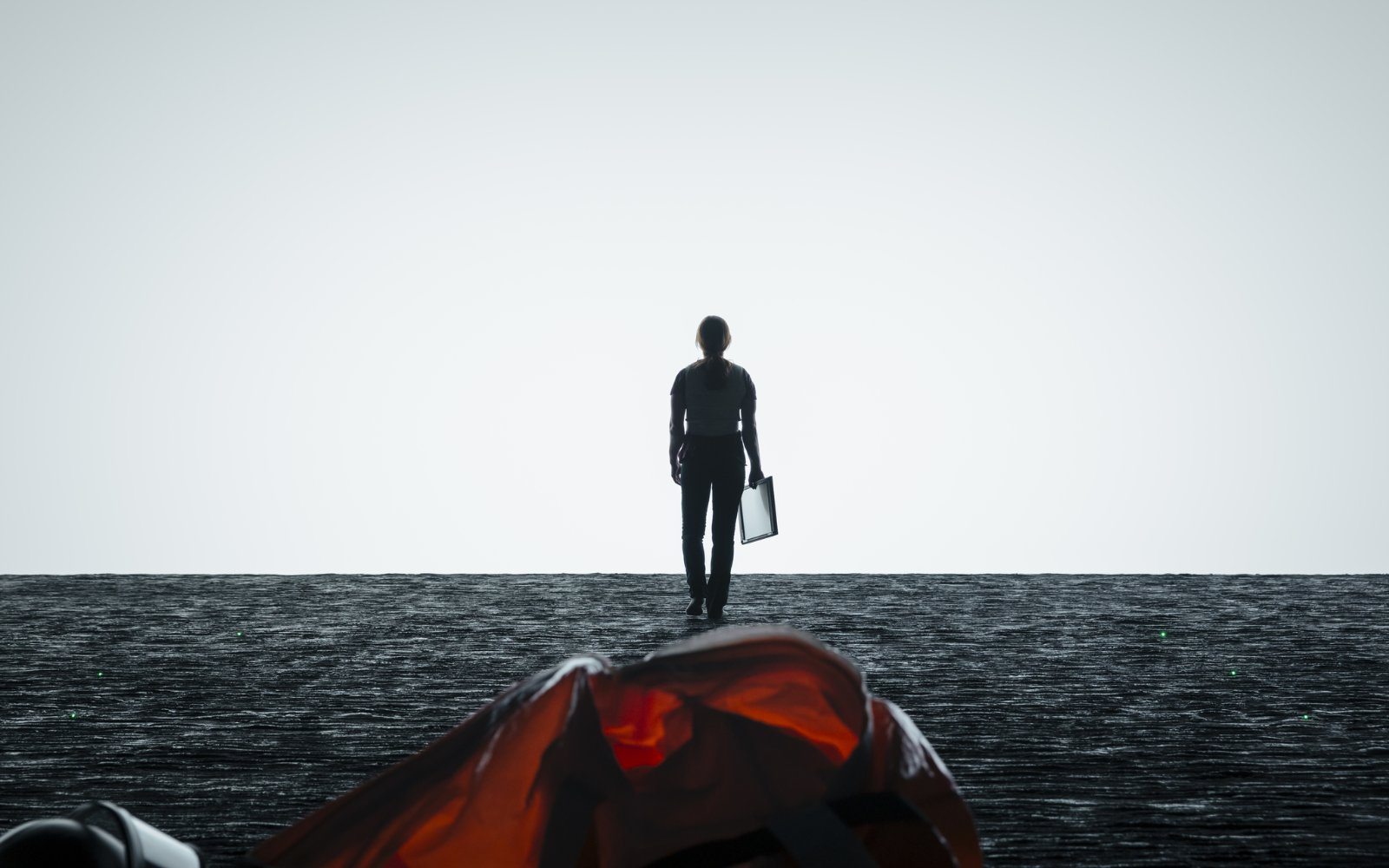 Not since Interstellar has there been a film that manages what Arrival does, in its ability to skewer together several themes and contemplations about the human condition using science-fiction. Just as the former is more about the power of love than it is about space exploration, the latter is truly more about world peace than it is about alien contact. As we push forward into the future, ever closer to realizing the the stuff of sci-fi, it’s movies like these that ask the questions that demand to be asked. 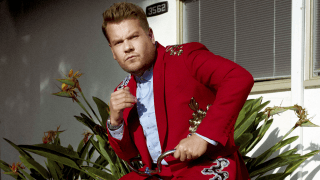 James Corden is taking everyone for a spin

Riverdale, So Angsty, So Addicting
All Photos
Comments
View As List