Baz Luhrmann creates a mythology of his own, crafting Elvis’ childhood as a sort of superhero origin story and it’s poignant and beautiful. 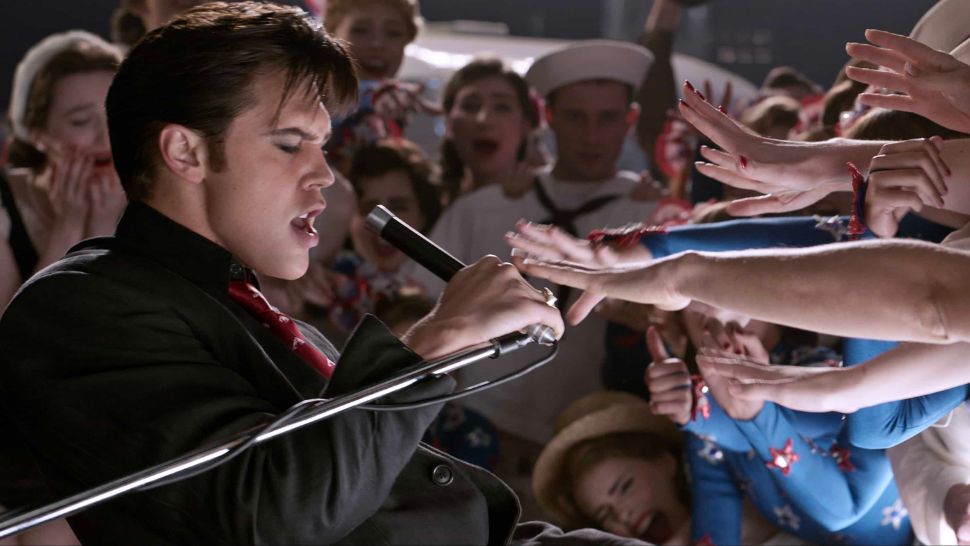 Elvis was larger than life. Never before or since had there been a single artist with such considerable cultural impact, who single-handedly shaped music and popular culture in the 1950’s whose influence can still be felt today, 45 years after his death. Elvis was so unique, so radically unlike any other musician or person, that any retelling of his mythology on film necessitates a director whose vision captures Elvis’ magic and exuberance. Fortunately, there’s Baz Luhrmann.

Luhrmann’s filmography is short. Including Elvis, the Australian has directed only six films since his debut in 1992. But the director of Romeo + Juliet and Moulin Rouge’s storytelling is grandiose and celebratory, a visual and auditory bonanza that feels tailor-made to tell us the story of the King of Rock and Roll.

Elvis takes us through the life of Elvis Aaron Presley, from his birth following his stillborn twin brother all the way to his death in 1977. It’s told from the unreliable point of view of his longtime manager Colonel Tom Parker, a shrewd and predatory businessman who was almost as responsible for Elvis’ rise as he was for his fall. Tom Hanks—Sheriff Woody and Forrest Gump—one of the most likable people on the planet, is arguably at his most unlikable playing Parker and it’s absolutely terrific.

Butler is scintillating and luminous, possessed almost, in the role of the man who changed rock ’n' roll.

And just as one might hate on Hanks as Parker, audiences will fall in love with Austin Butler as Elvis. Butler is scintillating and luminous, possessed almost, in the role of the man who changed rock ’n' roll. Elvis’ raw sexuality, cloaked in an unexpected veneer of pinks and lace, caught everyone by surprise. His onstage gyrations and hip thrusts evoked hysteria and unbridled lust from women (and not a few men), causing widespread panic among conservatives who did everything they could to keep his influence in check.

But what the conservatives really feared wasn’t merely the way he gave rise to lustful, inappropriate behavior—it was because Elvis was basically a black man with a white man’s face. Elvis grew up poor in the black neighborhoods of Tupelo, Mississippi, and his musical influences were a mishmash of hillbilly, gospel, and rhythm and blues. Elvis was a gateway to appreciation of black culture and the enjoyment of rock ’n' roll was just one more step towards equal rights and racial integration. More than his pelvis, racist America feared what Elvis stood for.

Some of the film’s best and most important parts are how it shows Elvis’ love and appreciation for the black community. He was fascinated by Arthur Crudup (Gary Clark Jr.) and Sister Rosetta Sharpe (Yola Quartley), wanting to cover their songs. In one scene, Elvis connects with his friend B.B. King (Kelvin Harrison Jr) and they watch Little Richard (Alton Mason) perform Tutti Frutti, showing the clear parallels between the two rock ’n’ roll legends. King doesn’t mince his words when he tells Elvis that he would sell a hell of a lot more records than Little Richard ever will because he’s white.

In an earlier scene, a lightbulb goes off in Parker’s head when he’s told that the music he’s listening to, a black man’s song, was sung by a white boy. “He’s white,” Parker mulls to himself, the gears in his scheming head turning. Elvis covered songs by black musicians and brought them into the mainstream, bludgeoning racist America with a sound it simply couldn’t help but enjoy.

Butler turns in the performance of a lifetime, channeling the King with earnestness and vulnerability that reveals more about the man who was overshadowed by his myth. Ironically, Luhrmann does this by creating a mythology of his own, crafting Elvis’ childhood as a sort of superhero origin story and it’s poignant and beautiful. Elvis’ fascination with Captain Marvel, Jr. influenced his aesthetic, from the lightning motif to his oversized collars and capes. Over time, Elvis’ affectations became a caricature of the man, diluted and dulled by countless impersonators and the deliberate campiness of the way Elvis is portrayed in popular culture.

There is nothing campy about Luhrmann’s Elvis. There’s an austerity to the way he shows Elvis in sparkling sequins and rhinestones, elevating Elvis’ frills and lace while making tuxedos seem ridiculous. At times, Luhrmann’s overloads the senses with the superimposition of images and layering of sound, including a magnificent soundtrack with songs from the likes of Doja Cat, Eminem, and Måneskin. It’s a lot, but it couldn’t be more appropriate for the story of a man who was himself over the top.

Luhrmann’s overloads the senses with the superimposition of images and layering of sound.

It’s balanced by Parker’s perspective, who tries to con the audience every step of the way. A figure almost as fascinating as Elvis himself, Colonel Tom Parker was a con man who was as mysterious as he was successful. Parker’s machinations and management propelled Elvis to superstardom but also held him back. Despite being the world’s biggest star, Elvis never performed outside the United States aside from Canada, thanks to Parker.

The film grows increasingly melancholy as Elvis’ life spirals out of control in his waning years, losing his agency to Parker and losing the love of his life, Priscilla (Olivia DeJonge). Luhrmann effectively ends the story when Priscilla leaves Elvis, obviating his string of girlfriends following their divorce and how a grossly overweight Elvis died while practically on the toilet. These details are best left for tabloids and relegated to history.

Luhrmann glosses over the ugly parts of Elvis’ story, the womanizing and drugs merely a footnote in the larger narrative of a mama’s boy from Mississippi who went on to become the superhero he always wanted to be. In 1968, Martin Luther King Jr and Robert Kennedy were assassinated within months of each other, shaking Elvis and the rest of America to its core and leading to Elvis recording “If I Can Dream.”

It is the most powerful moment in the film. What Parker had insisted would be a Christmas special that would end in a Christmas song with Elvis in a garish sweater, ended in a protest song and tribute to Martin Luther King Jr who was shot less than nine miles away from Graceland.

“A reverend once told me,” Elvis says, “‘when things are too dangerous to say, sing.’”

And sing, Elvis did. 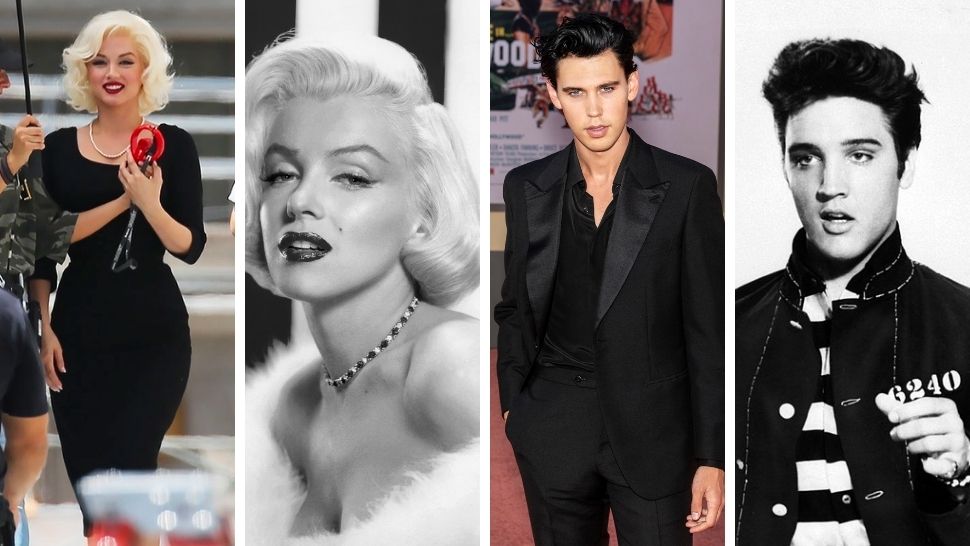 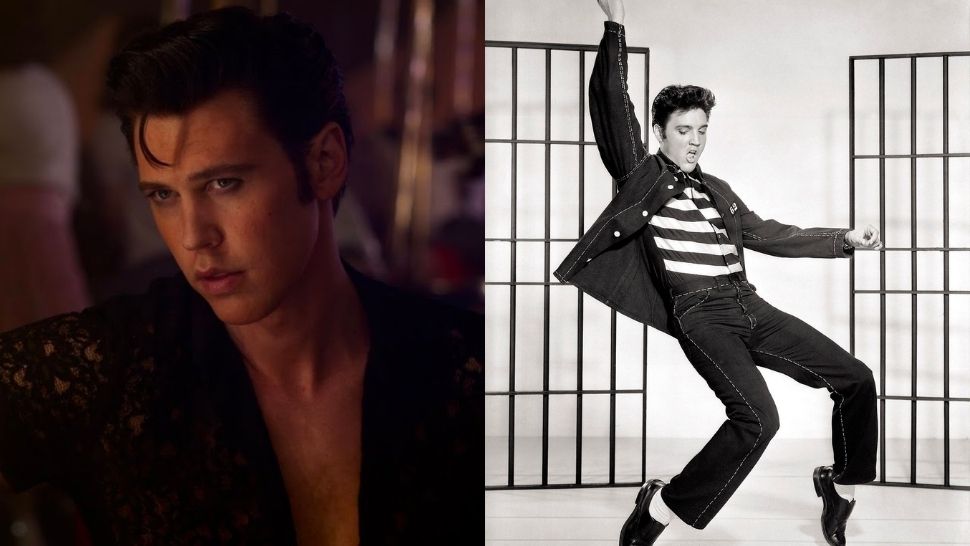 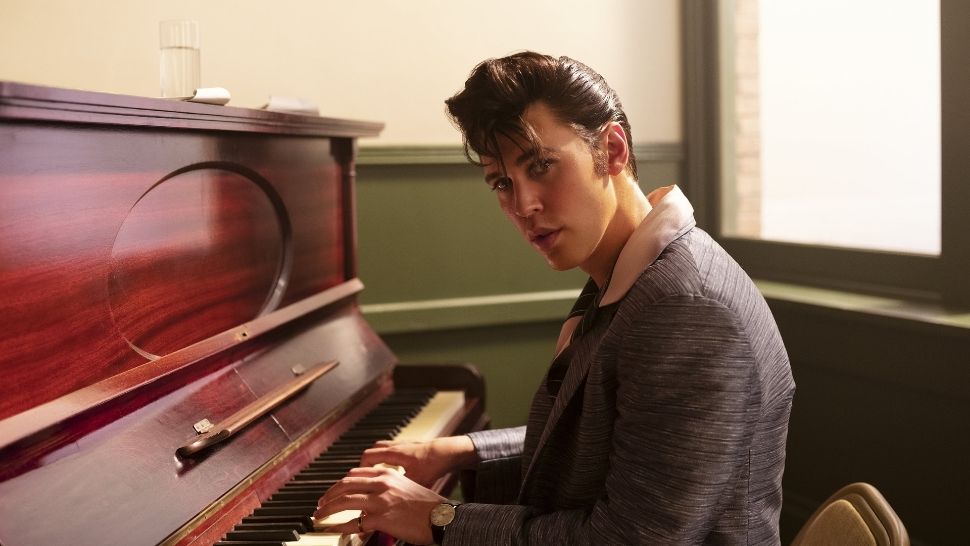 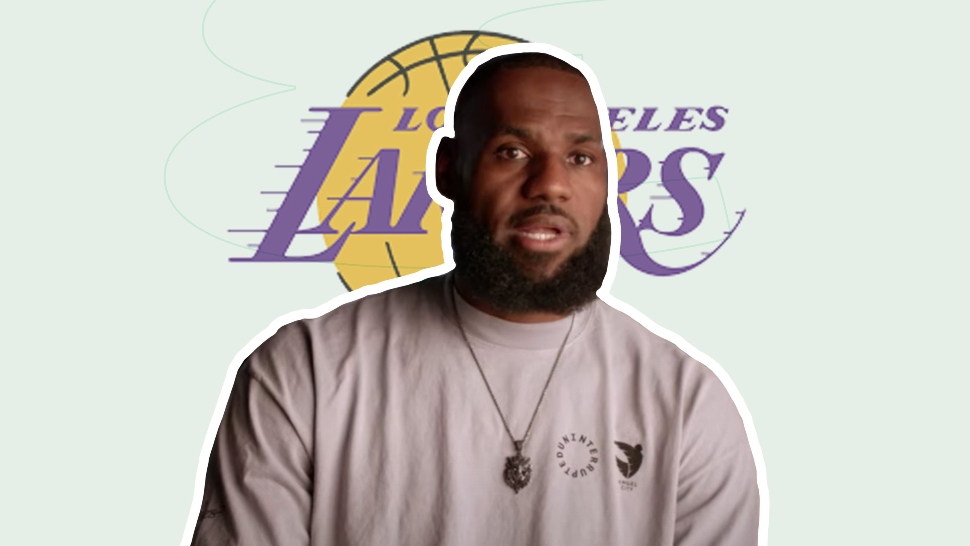 The First Trailer For Legacy: The True Story of the LA Lakers Boasts All the Greats 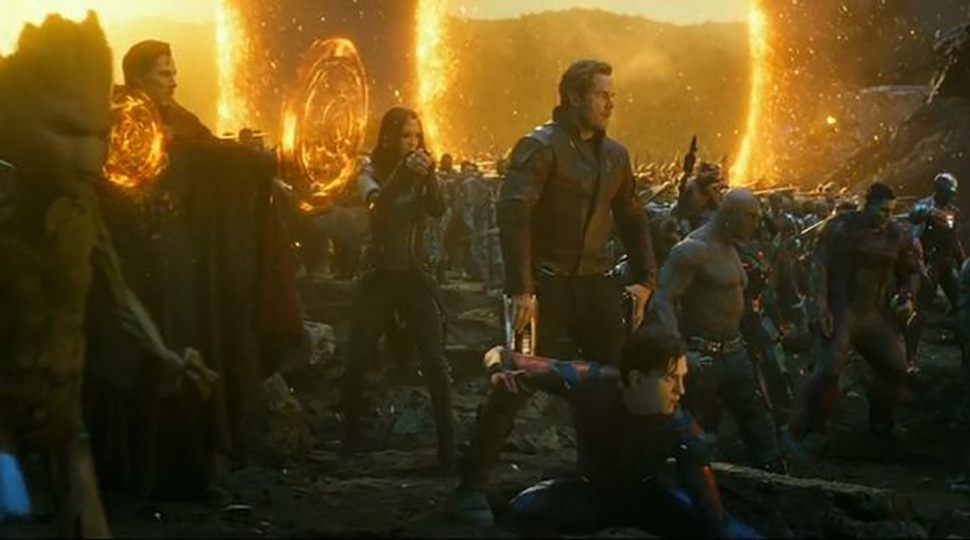 Kevin Feige Teases His MCU Master Plan for Phase 4, Phase 5, and Beyond
All Photos
Comments
View As List