The Marvel film does a disservice to one of its original heroes, Natasha Romanoff [This Article Contains Spoilers].

I've never been much of a fan of the movie version of Black Widow. Whether it was the Joss Whedon addition of her "monsterous" sterilization, her terrible wigs, being positioned as a constant love interest, she was never a character I felt particular affection for. But in an unexpected twist, Avengers: Endgame changed that. In the climactic Marvel film, we're presented with a whole version of Natasha Romanoff, someone who was—ironically, after a very tragic apocalypse—no longer defined by trauma. She is a woman determined to keep fighting. 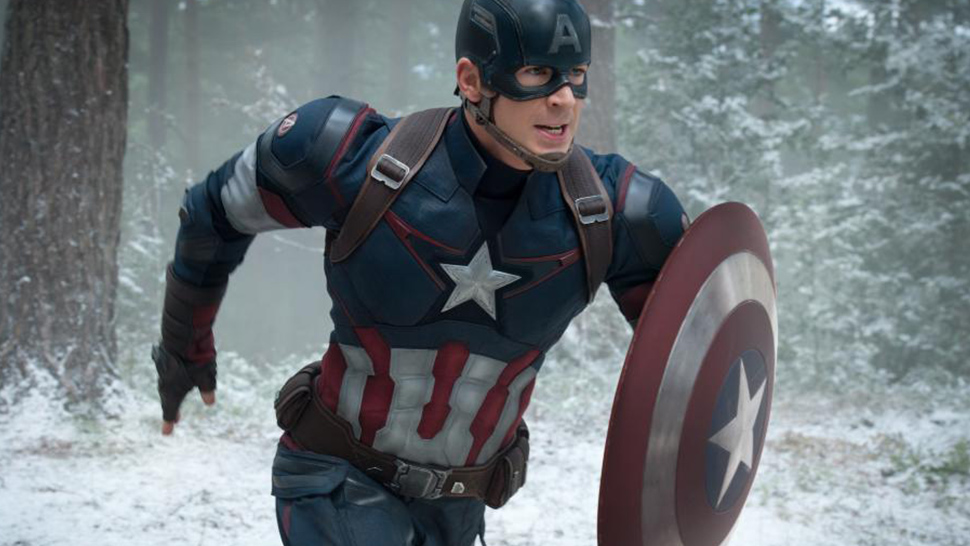 In the face of massive loss, the assassin-turned-hero finds freedom, a space to help others, and a self-awareness that her role in the Avengers had changed her profoundly: it made her willing to do whatever it took to keep that side of herself alive. It's one of the many interesting and unexpected character beats that Endgame offered up in its three hour runtime. But before the film is over, it is all completely undone as Natasha sacrifices everything she has for the men around her in one of the film's most massive missteps.

In the end, Natasha's story failed because it wasn't actually her story. After introducing her in the first act as a strong, resilient survivor and apparent leader of the Avengers leftovers, the narrative shifted. Clint Barton, Nat's old partner and mentor, is missing and has apparently been on a killing spree for the past five years since the snap. Nat catches up with him in Tokyo as he cuts down Japanese superstar Hiroyuki Sanada (who was horribly wasted in his brief and excellent time on screen).

As soon as Clint is back in the picture, Nat is pushed aside. The team is finally back together and, of course, without any communication, Cap and Tony are in charge again. This choice is made despite the fact that Nat held the heroes together for five years while the men recovered from the horrors of Thanos' decimation. This thread of Nat sacrificing for her teammates has been one that's followed her through her Marvel career with most of her decisions driven by her gratitude to Clint for his choice not to kill her on a mission to do just that. That arc comes to a pitiful and infuriating end during Avengers: Endgame.

After failing to retrieve the Infinity Stones and killing Thanos, the team is at a loss until half a decade later when Scott Lang turns up with a plan to send everyone back in time to collect the Infinity Stones before Thanos. Clint and Natasha are sent to Vormir. Fans who've lived through Infinity War will likely remember it as the place where Gamora was sacrificed so that Thanos could gain control of the Soul Stone.

Renner and Johansson's characters must battle over who will die in order for the Soul Stone to be retrieved. It's heartfelt, thoughtful, and wildly entertaining as they fight one another to get to the edge of the cliff. It seems like it's obvious who will go; Clint has killed many, many people as his Ronin identity. Nat, meanwhile, has spent the last five years attempting to make the world better and help those who are left.

But ultimately it's Nat who makes the sacrifice to die so Clint can retrieve the Soul Stone. Sure, she loved Clint, but narratively it's a bad choice which supports the worst actions of Hawkeye and ignores the growth of Natasha.

Marvel has long had a problem with the way it represents women, from Black Widow's introduction as a sexy secretary to the small role and violent death of Maya Hansen in Iron Man 3. In fact, the first women we meet in all of the MCU were either mothers or lovers. This is, of course, hammered home by the decade that it took for Marvel to give a female hero her own solo film. But despite the low bar Marvel Studios has set, the choice to kill Nat hurts.

Sadly, this moment falls into the most classic of comic book tropes: Women in Refrigerators, wherein female characters are maimed or killed to push forward the narratives of men. Coined by comic book writer Gail Simone, the phrase was inspired by an issue of Green Lantern where Kyle Rayner's girlfriend is found dead in a fridge. It's become a rallying cry for thoughtful comic book readers who want better for the characters that they care so deeply about. In killing Natasha, the Russo Brothers forced Black Widow into this unenviable archetype and destined her to a fate worse than death: being infinitely sidelined for Clint. It was an unnecessary continuation of her arc from Age of Ultron which painted her as a woman obsessed with her inability to have children. If we follow that arc, then here as Natasha throws herself off the mountains of Vormir it's hard not to feel the implication that Clint had more reason to live due to his family, whereas Nat's life was somehow worth less because she thought she couldn't have a child. No matter her flaws, Natasha Romanoff deserved better than that.

If we follow that arc, then here as Natasha throws herself off the mountains of Vormir it's hard not to interpret that the character felt Clint had more reason to live thanks to his TK KIDS, whereas she felt her life was somehow worth less because she thought she’d never have one. Natasha Romanoff was a strong character who deserved better than that reductive thinking. Simply by believing there were still people who needed help, Nat kept going in the face of massive loss. But that story stopped when she killed herself for a mass murderer who'd become obsessed with the past and never managed to gain the clarity or closure Nat had. 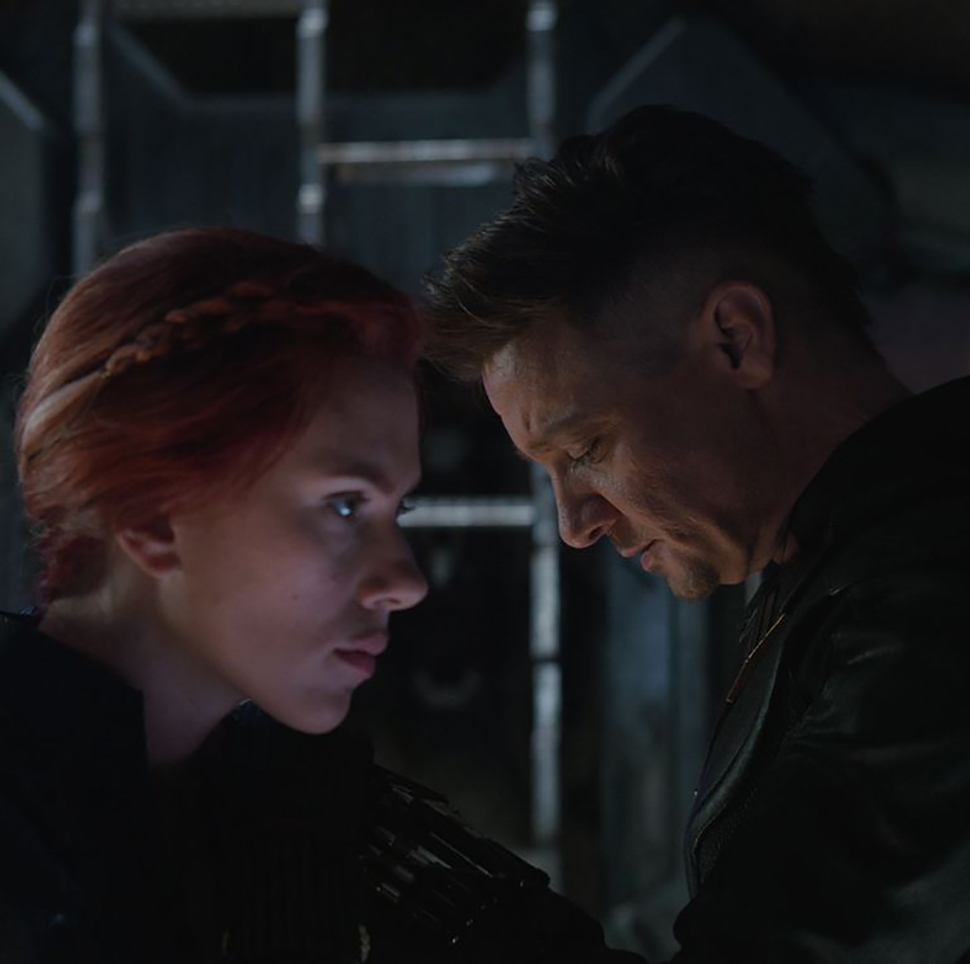 It doesn't help that Black Widow's death is an ending in a movie that gave otherwise little time to its female characters.

Avengers: Endgame is a massively entertaining and enjoyable movie with plenty of brilliant character moments, but the problem is that barely any of them go to women. Even the film's one sequence that empowers women, though immediately satisfying, is ultimately shallow when you realize most of the characters have barely been featured outside of this single moment. We saw a thoughtful reunion between Tony and Peter, but why not Okoye celebrating Shuri's return, or Wanda being welcomed back by her fellow teammates? Even the all-powerful Captain Marvel—who likely could have fixed all this on her own—is strangely underutilized in this movie.

You can argue narrative reasons for most of the flaws in Endgame, as this a film about the original six Avengers and their journeys. But Natasha has been there from the beginning. Killing her off for the survival of a Clint, who'd barely been a part of the ongoing story, was the wrong choice. Nat's death is heroic, it's brave, but it goes against everything that she's come to believe. Whilst Tony and Steve mourned and ran, Nat was the one in the compound protecting those who were still left. If anything, she was the Avenger who'd truly found a way to move on.

As is the way with franchises, Black Widow's story isn't over. Johansson is set to star in an upcoming Black Widow prequel film. It's always possible she could come back from the abyss of Vormir, but for now, the conclusion we get in Endgame is a disservice for a powerful female character we've known for nearly a decade. Meanwhile, Renner's Hawkeye will go on to his own Disney+ series. He can thank Black Widow for that.

Avengers: Endgame Is Proof That Nothing Matters
All Photos
Comments
View As List