That suit could confirm one of the most popular Marvel theories.

While I sat back in my chair having watched the Avengers: Endgame trailer and wondered how Tony Stark is occupying his time while dying alone on a far off planet, other, more enterprising Marvel fans noticed some key clues about our dude Captain America.

If you'll notice in the trailer, Cap is looking a little different from how we lost saw him in Avengers: Infinity War.

As fans have pointed out, Mr. America has not only cleaned up his look, but he's also put on his old suit from the Winter Soldier days. Take a look: 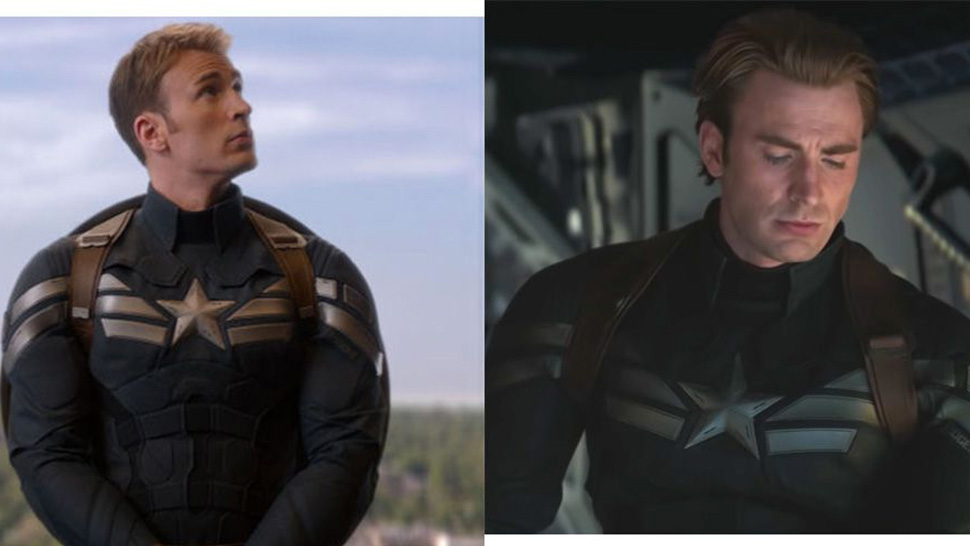 Now, what could this mean? Yes, it's possible that he decided to get a shave and haircut and change clothes in the time between the Great Snap and the events of Endgame, but it could also mean so much more!

One popular fan theory posits that, in the end of Avengers: Infinity War, Doctor Strange had cast some sort of a time loop spell on the Time Stone (as he'd done in the end of his namesake movie). So while Thanos is trapped in that time loop cast by Doctor Strange on the Time Stone, that's when the Avengers will have to regroup, travel into the past, and stop Thanos. This means they will go back to various points in the previous films to gather the Infinity Stones once again. The rest of the theory involves a new Infinity Gauntlet built by Stark and Shuri and wielded by Captain Marvel, who will use it to stop Thanos.

So, to get back to the trailer, that means Captain America looks like Winter Soldier Cap because he's traveled back in time to the events of that movie to get the Infinity Stone once again.

Or, you know, the dude just got a haircut.