His chin does kind of look like... yeah, you can guess. 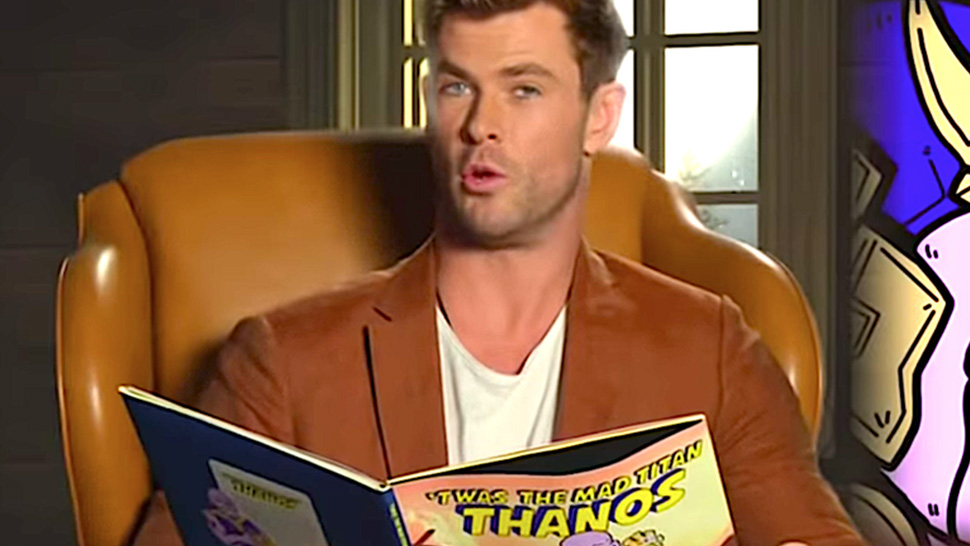 Jimmy Kimmel made a pretty good point about Avengers: Infinity War: It's seriously intense that this family superhero movie literally reduced audiences to tears. Of course, to make this story more digestible for younger fans, Kimmel had Infinity War adapted into a children's picture book called 'Twas the Mad Titan Thanos, which he had the cast of the film read.

The First Reactions To 'Avengers: Endgame' Say Your Captain Marvel Theories Are Right

Kimmel managed to wrangle all the biggest heroes for this one. Mark Ruffalo, Chris Hemsworth, Scarlett Johansson, Chris Evans, Don Cheadle, and Jeremy Renner all take a seat in the fireside chair to read the story, which starts out pretty innocently, until it gets to some of the more intergalactic genocidal parts.

Everyone reading the picture book seems to agree that Thanos' chin looks like a scrotum and that Thor really screwed up in not killing the Mad Titan when they had a chance. Cheadle is also kind of pissed that he "didn't get to go to Wakanda," he says. "You think they'd let the black characters go where the black people were."

The reading—with its dustings and questionable rhyming mechanics—is enough to remind you that no matter how you look at it, the Avengers: Infinity War story is intense as hell.

But, just like the cliffhanger conclusion to 'Twas the Mad Titan Thanos, fortunately the story is not over. Avengers: Endgame comes out on April 26, and maybe this time, Thor won't screw up the execution on that kill shot. Seriously, man. You always go for the head.

Morbius: Release Date, Trailers, Rumours And Everything You Need To Know
All Photos
Comments
View As List