Drew Goddard has always been one to play with tropes, be it with his found-footage take on kaiju films, Cloverfield; his deliciously indulgent meta-horror film Cabin in the Woods; or the oddly charming—even comedic—survivor movie The Martian. In his latest film, Bad Times at the El Royale, he mixes noir and the “strangers meet at the same place” trope, with a generous amount of religious allegory hiding just beneath its stylish surface.

The El Royale is a novelty hotel built along the state line that separates California and Nevada, splitting the establishment into two halves: the golden-hued California, where the bar and lounge are found, but higher taxes make the rooms cost a dollar more; and the violet-blue Nevada, where the casino—and all the pains and hopes that come with gambling—is located.

Four strangers—a vacuum salesman (Jon Hamm), a priest (Jeff Bridges), a singer (Cynthia Erivo), and an angry hippie (Dakota Johnson)—converge at the El Royale for different reasons, and nearly every one of them has something sinister to hide. They are greeted by the hotel’s lone staff (Lewis Pullman), who is instructed by an unseen authority to manage all sorts of goings-on at the El Royale.

Goddard takes an ample amount of time to acquaint audiences with each character, utilizing a non-linear approach to tell their backstories. The introductory period is a plod, but the slow pace is more than made up for with stellar character work by the lead actors. By the time the movie hits the next gear, you find yourself deeply invested in every one of them. 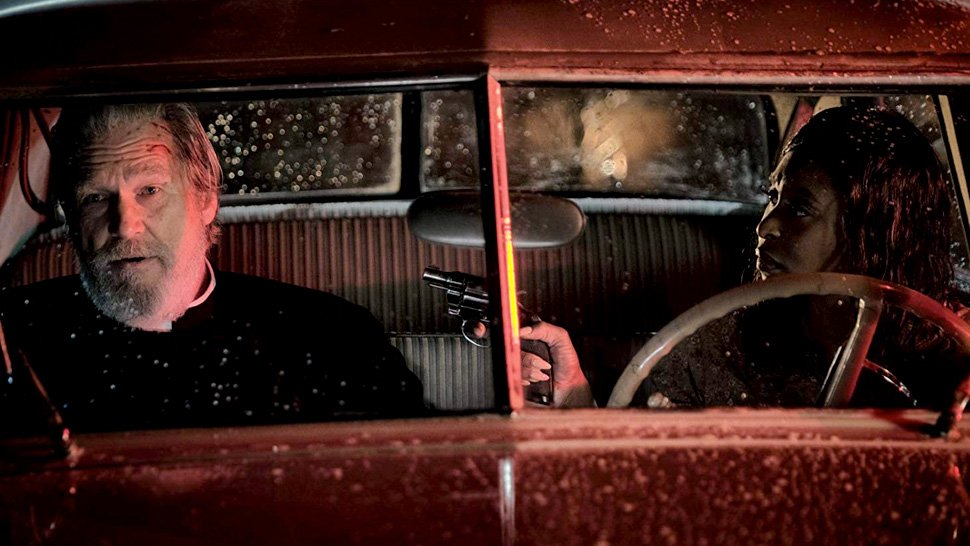 What follows is a series of twists that unveil the dark secrets within each character. A gun is fired. A jukebox plays. A mirror is broken. A bottle is shattered. And by the time a charismatic cult leader (Chris Hemsworth, in a performance that shows his range is well beyond Thor) comes calling, everything has gone to hell. Almost literally, even—the movie’s climax features fairly heavy-handed religious imagery.

All throughout, Bad Times at the El Royale questions the morality of each player, and often, the nature of morality itself. Are people inherently good or bad, or is morality determined by one’s circumstances? How often is an act of kindness harmful, from a different perspective? How does one’s knowledge inform their goodness, and does that goodness become something else if everything they know is a lie? In a world shaped by chaos, is one’s moral structure merely a product of chance? By placing characters of morally gray natures in a setting that strongly evokes binary oppositions—California vs. Nevada, Good vs. Evil, Heaven vs. Hell. 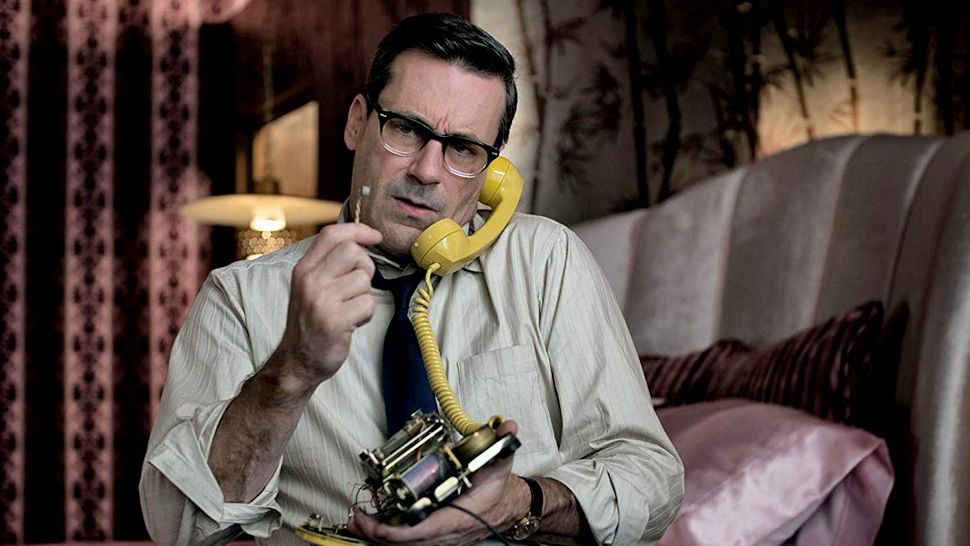 The film is able to ask these questions in a powerfully visceral way, and yet Goddard manages to present it all in a package that works on the level of sheer entertainment. IMAGE: IMDb

The film is able to ask these questions in a powerfully visceral way, and yet Goddard manages to present it all in a package that works on the level of sheer entertainment. There’s no need to read deeply into the El Royale and its denizens to enjoy the movie; if you want to watch a neo-noir movie that goes completely bonkers towards the end, Bad Times at the El Royale will still completely satisfying that craving. The film can be whatever you choose it to be.

It’s that sense of choice that permeates throughout the story. At the end of the day, perhaps “good” or “bad” are whatever you decide they are. Perhaps the line between Heaven and Hell is as inconsequential as choosing a room in an empty hotel.

Perhaps all that really matters is what happens when you make those choices.

Bad Times at the El Royale opens in cinemas November 21.