In space, no one can hear you moaning about Aliens not being on here. 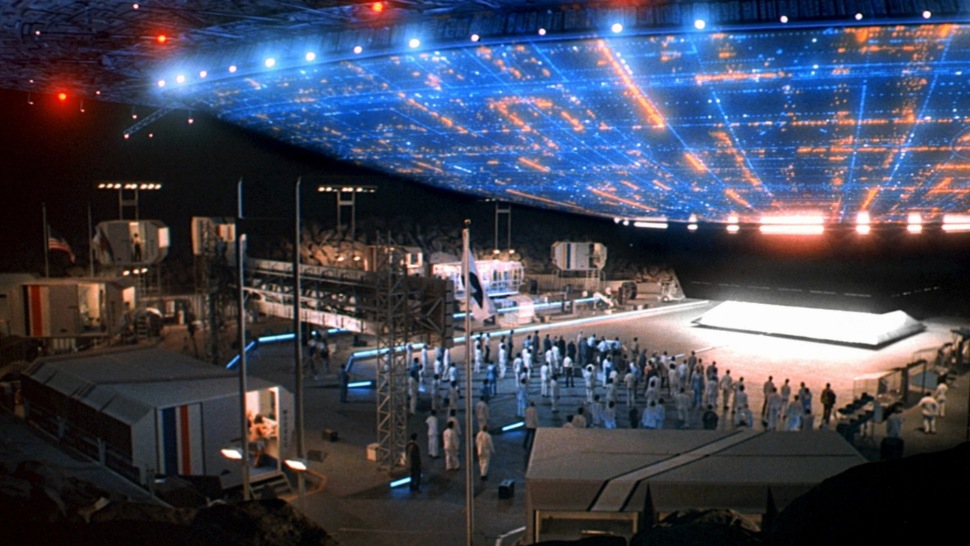 For pretty much as long as we've had film, we've been making movies about creatures from other planets. You've got your classic little green men, your standard bulb-headed grey fellas, your shark-toothed predators, your benign ultra-intelligent lads: we've done 'em all.

Whatever their physical form, aliens are a means of forcing us humans to look at ourselves. Their bodies and needs show up our weaknesses and our strengths: sometimes it's our ability to co-operate in a crisis; sometimes it's just that we really don't have nearly as many teeth as we could really do within a battle situation. Here are 10 of the best alien films ever to land on this planet.

Well, obviously. Some people will try to tell you that Aliens is better, and they might be right. But Aliens doesn't feature Ian Holm's milky decapitated bonce chattering merrily away, or the still utterly horrific and fantastic chestburster sequence. No matter how many times it's parodied or stolen wholesale by lesser films, the sight of bits of fish guts and offal flying out of John Hurt is always gruesomely fabulous.

"On the morning we had them examining the Facehugger," Ridley Scott remembered. "That was clams, oysters, seafood. You had to be ready to shoot because it started to smell pretty quickly. You can't make better stuff than that—it's organic."

The crew of the Nostromo wake up from hypersleep and everything seems fine. That's until a nutty little toothy bastard starts murdering everyone. Trapped on the ship, Sigourney Weaver (and her cat) just try to stay alive.

Visual effects pioneer Georges Méliès' exuberant short is loosely based on Jules Verne's From the Earth to the Moon, and follows a group of astronomers—who also seem to be wizards—who fire a bullet-shaped ship to the moon. There they cavort and caper and someone's umbrella turns into a large mushroom, before the Moon-dwelling Selenites start massing.

The whimsy is still very charming, but you can see some of the more serious threads of alien films here too. Somewhere beneath Méliès' fantastical and ingenious design, you can read some anxiety about colonialism and of overreaching scientific ambition bringing unforeseen terrors, and Méliès' mixing of the industrial and the fantastical, the magical and the mundane, runs throughout sci-fi cinema.

Close Encounters of the Third Kind

Jaws might have been the original blockbuster, but Steven Spielberg has rarely been more lyrical than in his follow-up. Weird stuff is happening across Earth: lost fighter plane squadrons and ships have turned up in the desert, and electrician Roy Neary (Richard Dreyfuss) becomes obsessed with the idea that he's seen aliens. He's more right than he knows: the world's scientists are getting ready for first contact, but Roy's obsession is destroying his family and his sanity.

Up to this point in cinema's history aliens had generally turned up to threaten or coerce humanity in some way, either as an invading force or as the finger-wagging interplanetary fun police trying to get us to change our ways. Close Encounters, though, is an optimistic, open-hearted and, especially in the musical sequence at its crescendo, intensely emotional and spiritual take on aliens, and the first burst of the particularly Spielbergian wonder and magic which would define his essential films. Don't approach the unknown with fear, it says; watch the skies with hope.

Out of absolutely flipping nowhere, some gigantic obelisks have turned up on Earth, hovering about 30 feet from the ground. Linguists Banks (Amy Adams) and Donnelly (Jeremy Renner) are brought in to decipher the big squid-like aliens' circular language, before things get a bit too testy and the scientists are replaced by soldiers.

Suffused with the same sense of wonder and yearning which makes Close Encounters so moving, Arrival is an intelligently put-together and thoughtful relationship drama as much as it is a race against time to stop intergalactic war and the potential annihilation of humanity. It's a stealth time-travel film to boot.

The plot, such as it is, concerns humanity's one-way ticket to self-destruction. In the late Fifties' nuclear afterglow, alien forces step in to stop us destroying ourselves and the universe by bringing the dead back to life in the hope that everyone will be too confused to continue wrecking everything.

It is truly woeful. The acting is hammy and strange, the script garbled, the continuity an afterthought, the effects beyond shoddy—a terrifying flying saucer is clearly a hubcap on a string, for instance—and the the whole thing feels like an am-dram fever dream.

So why watch it, aside from the camp value? It shows the pull that alien stories have on the filmmaking imagination, even when that imagination far outstrips the filmmaker's expertise and cashflow. Plan 9 is the purest fantasy of a man who had a lot of ideas and no money. It's also very, very funny.

The bored cast of a formerly beloved Star Trek-ish sci-fi TV program (Tim Allen, Sigourney Weaver and a sparkling Alan Rickman) are schlepping round the fan convention circuit when their Captain Kirk equivalent is picked up by aliens who need him to reprise his role one last time. Deposited back on Earth, he tries to tell the rest of the unconvinced cast it was real—until they realize that these aliens thought their show was a documentary, and built their society around its values, and that they need the actors to help battle their own invaders. Daft, warm, and hilarious.

A group of teenagers from a South London tower block is mugging a nurse (Jodie Whittaker) when, out of nowhere, an alien invasion starts. Soon, the block is the center of Earth's resistance, and the kids and need to evade the creatures and work out how to repel them.

Joe Cornish's debut has become a bit of a cult classic in the decade since its release. Its contained, John Carpenter-inspired structure works beautifully, and it was the world's introduction to John Boyega, who's magnetic as the group's bruised, noble, quietly vulnerable leader, Moses. As a film which seeks to get inside the young heads underneath the hoods which were—and still are—routinely written off at the height of Britain's sniping at 'hoodies' and 'chavs', Attack the Block resonates even more now.

This one bombed when it first came out, but it more than deserves another look. Scarlett Johansson is an unnamed woman who starts seducing and killing Scottish blokes. She's not your average Highland serial killer though: there's a distinctly non-human vibe to her.

Don't go into Under the Skin thinking you're going to have everything explained to you. It's an inscrutable and disturbing mood piece that leaves you with a lot to think about. Think of it as The Woman Who Fell to Earth, but instead of David Bowie wanting to take water back to his home planet, it's ScarJo taking I'm not sure what to I'm not sure where.

It's really rare these days that a film goes straight into the broader consciousness pretty much as soon as it’s released, but then again most films aren’t high concept alien horror films featuring John Krasinski and Emily Blunt.

In a 2020 which sounds roughly as fun as our own, sightless aliens have killed most of the people and animals on Earth. They hunt by sound, so A Quiet Place ramps up the tension by weaponizing silence like few films ever have. Vivid, simple, and original. The sequel’s coming soon.

No, come on. Don't pretend you're not into Shaun the Sheep. Shaun the Sheep is great. After heading to the city in his absolutely delightful first film, the only way to raise the stakes is for an alien to land on Mossy Bottom farm. A lost little alien called Lu-La finds pizza and friendship among Shaun and friends, but shadowy forces are after her.

It's Wallace and ET, basically, and it's both joyous and, at its conclusion, unexpectedly moving. There's the usual Aardman enthusiasm for packing the frame with sight gags too: a charge around a supermarket sends a stack of boxes flying; on closer inspection, they contain "Flan 9". Nice. 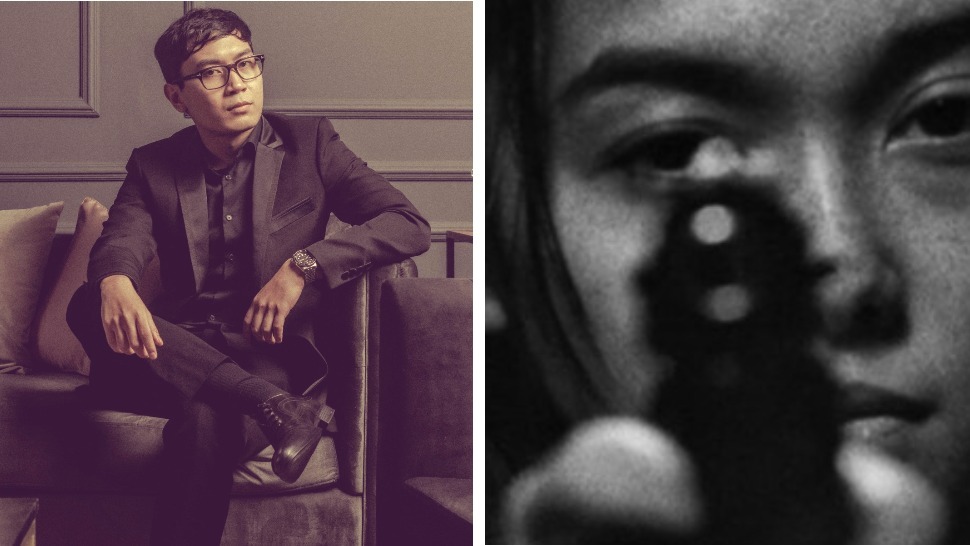 Mikhail Red Spills the Beans On His Latest Film, Arisaka
All Photos
Comments
View As List