These classic films are as terrifying as anything you'll see in the theater today.

As long as movies have been around, inventive and cunning filmmakers have been using motion pictures to scare the hell out of audiences. That's why contemporary horror films, with their gimmickry and gore abound, often are no match for the classic films of the genre. While black and white horror films might not have the vibrant blood and guts, something must be said for the stark, high-contrast images of classic horror movies. From psycho killers, supernatural hauntings, and the everlasting terror of the undead, these classic films are just as terrifying as anything that will hit the multiplex today. 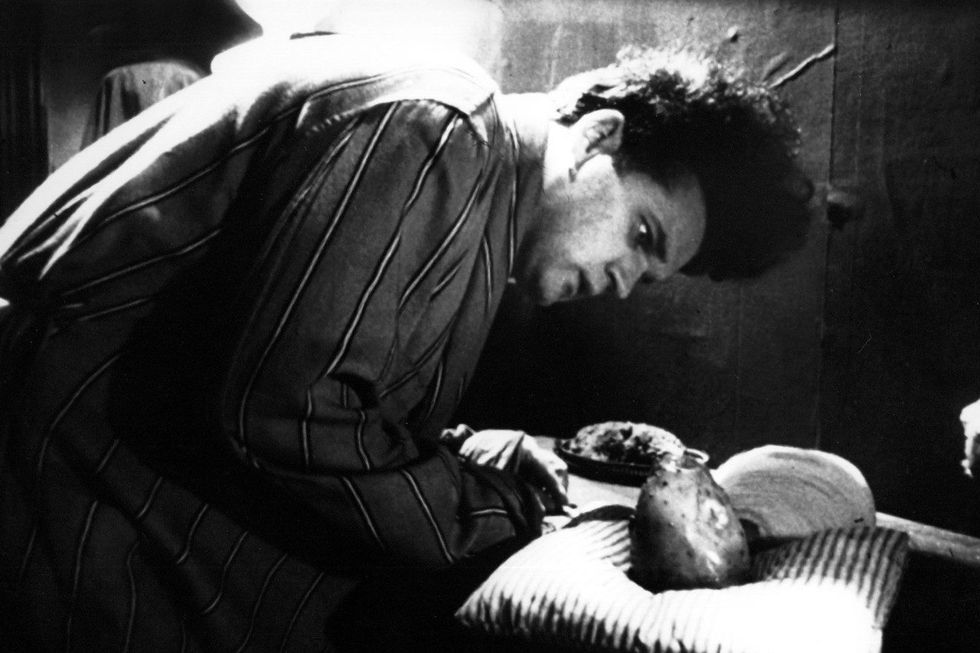 For his debut feature, David Lynch dives deep into a surrealist style that would become his calling card. Jack Nance plays a man living in a desolate industrial wasteland who is just like any other guy: he has a thing for his attractive neighbor, finds out her deformed baby is somehow his child, is haunted by a woman living in his radiator, and must maintain a semblance of sanity while living in a malevolent nightmare world. 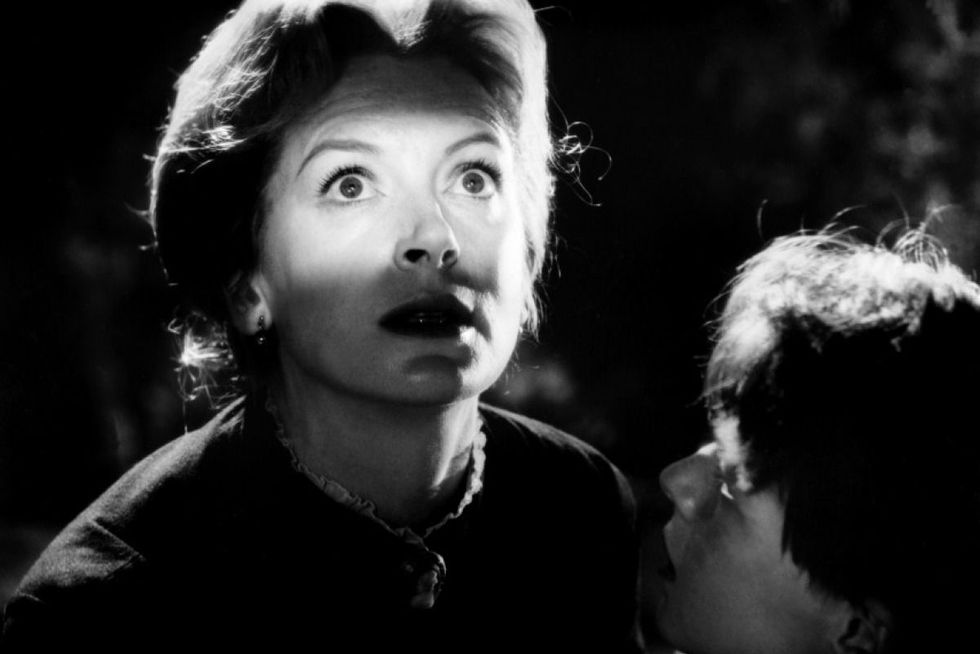 The Cabinet of Dr. Caligari 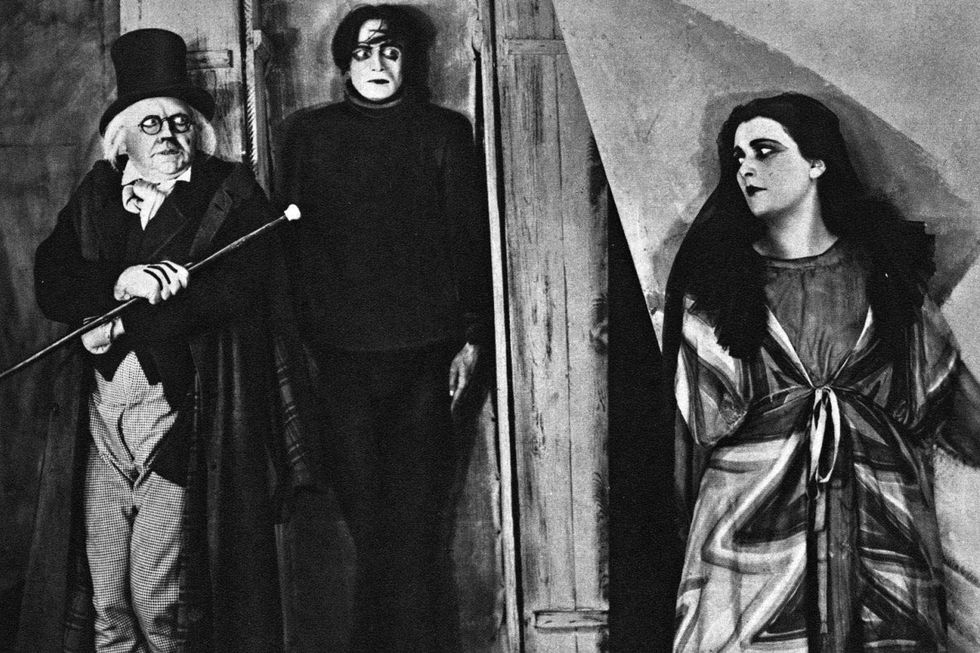 New horror movies are always trying to push the line of acceptability, which is why they can freak people out. But the oldest examples of the genre are still some of the most mesmerizing, particularly this 1920 German expressionist gem about a murderous hypnotist, which essentially invented the serial-killer movie. 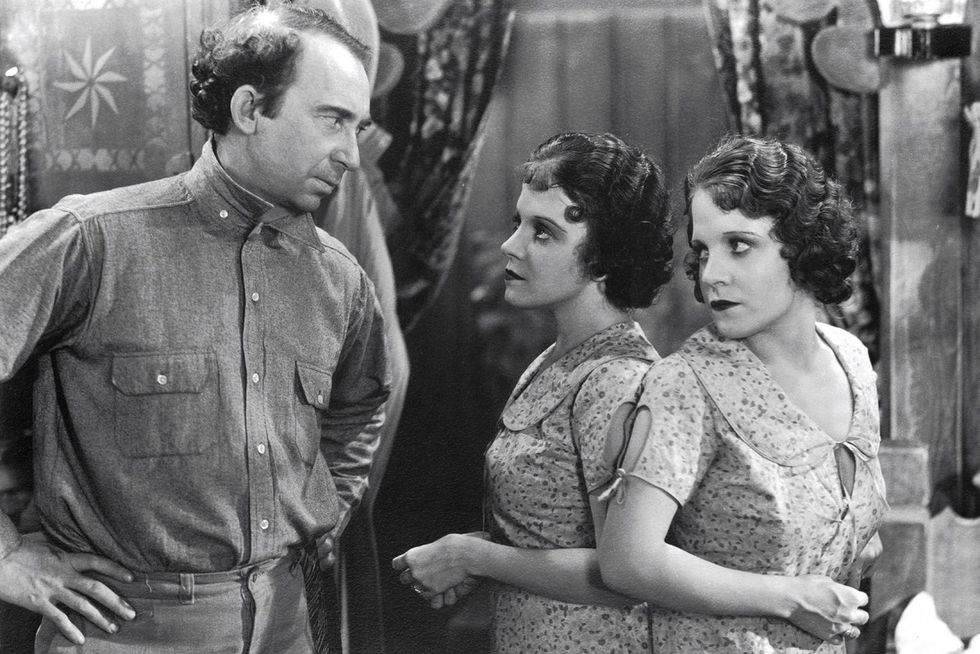 Director Tod Browning dared to imagine a revenge fantasy from the perspective of a group of circus "freaks"—and his contemporary critics hated him for it, as the film got horrible reviews upon its release (and was censored heavily from its original version). Years later, however, it has gained critical appreciation for its unsettling and unflinching plot. 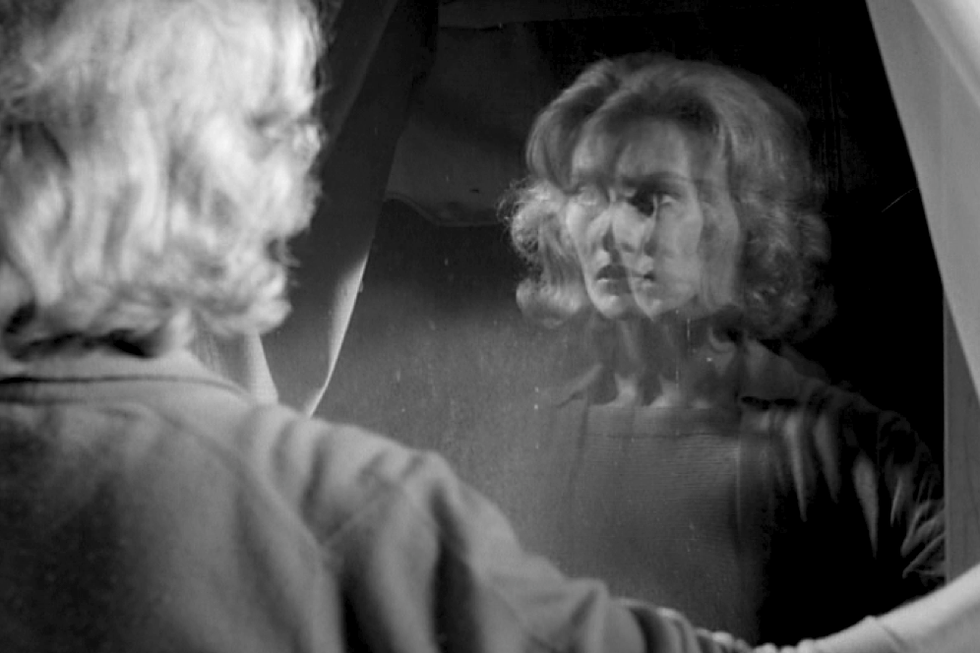 After surviving a car accident, a disoriented woman wanders into an abandoned carnival pavilion, drawn to it by its eerie music. And it's there that she discovers a ghastly group of beings, seemingly lost and bewildered, led by a pale faced man who haunts the heroine's waking dreams.

The Night of the Hunter 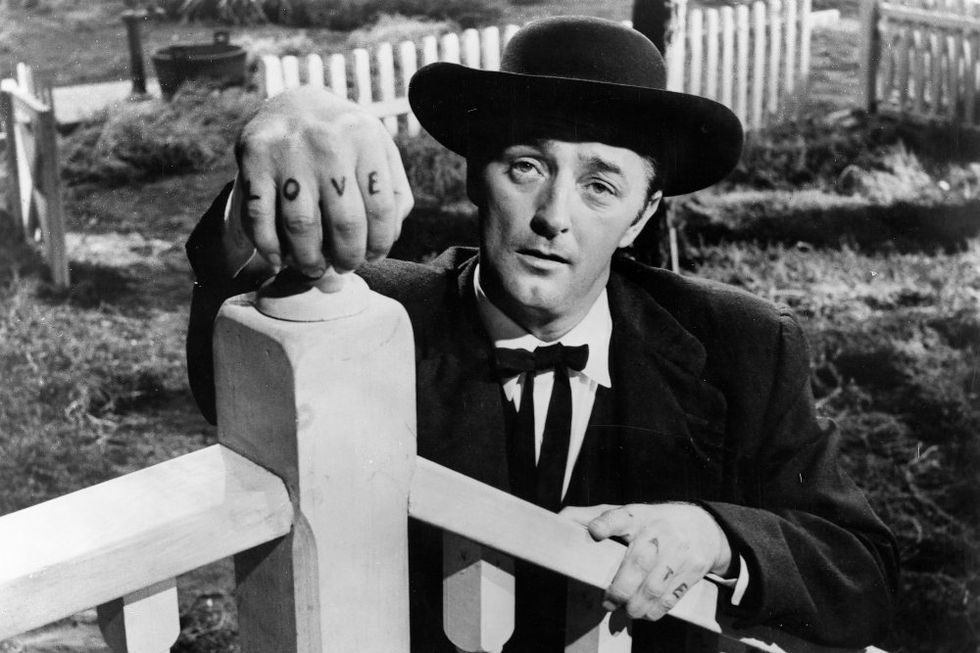 Robert Mitchum plays a corrupt preacher who has "HATE" and "LOVE" tattooed on his hands (never a good sign). He charms his way into marrying a woman in order to steal a hidden stash of money, and her children have to stop him in this tense and taut thriller.

Eyes Without A Face 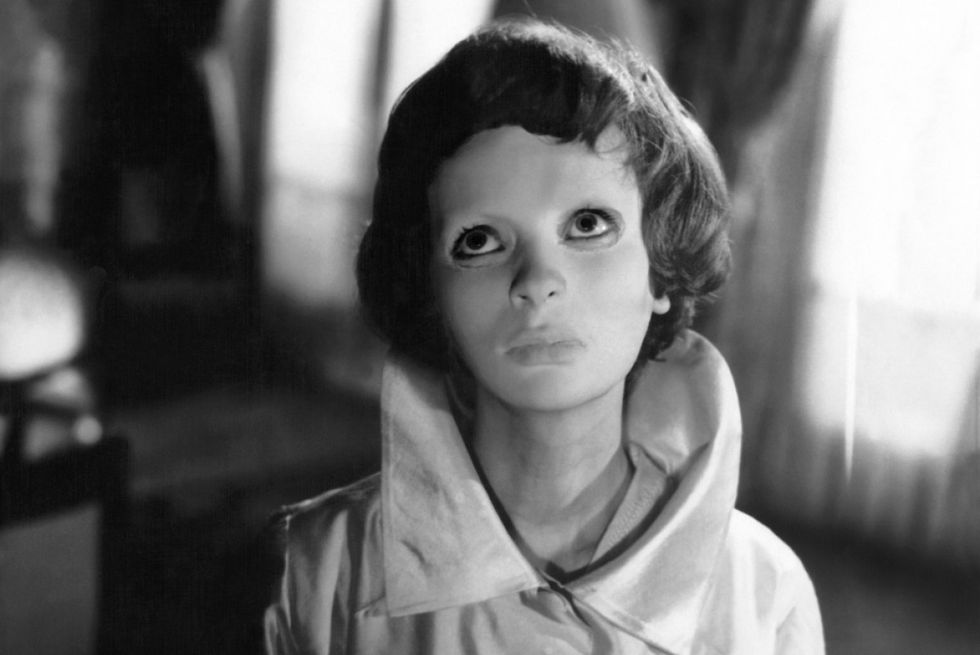 In the very literally titled French art-horror classic, a famous and unhinged surgeon kidnaps beautiful women and tries to transplant their faces onto his daughter who is, yes, missing a face. Inspiring everything from Face/Off to the Billy Idol song, its visuals remain some of the most disturbing ever committed to film. 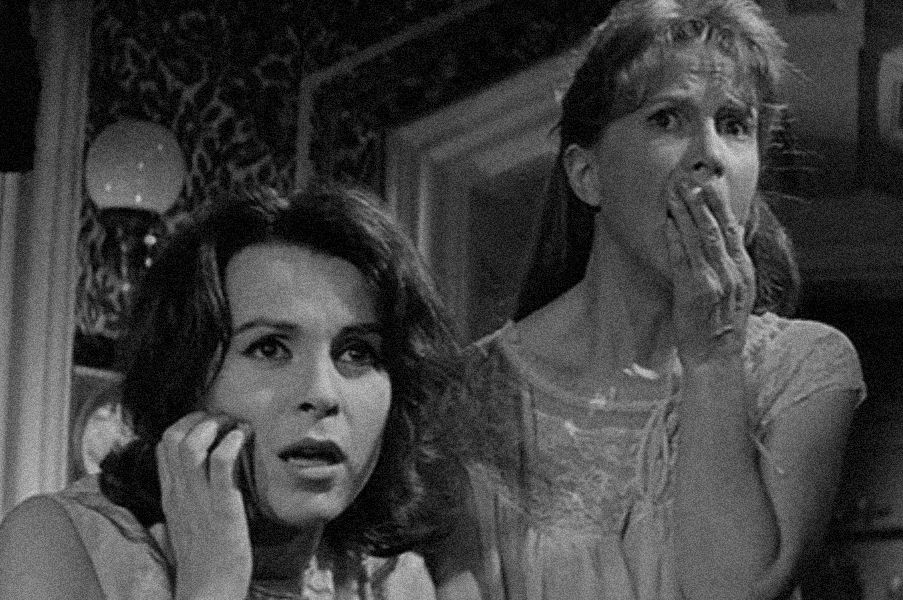 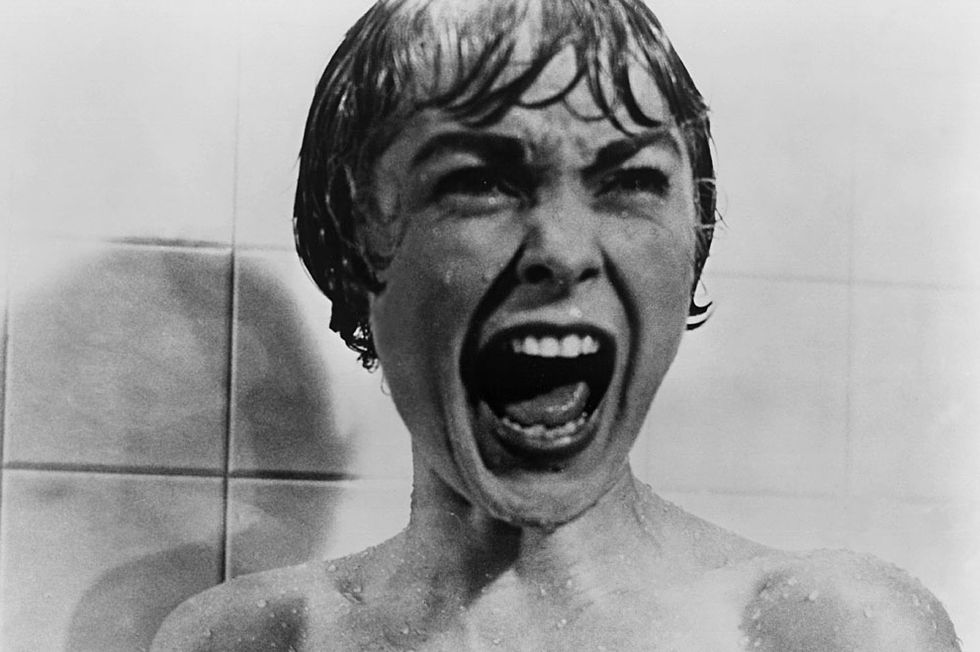 All of director Alfred Hitchcock’s movies are worth watching, and nearly all of them fit squarely into the thriller category. While they’re generally light on horrific elements, he took a hard turn with Psycho, which scared the living hell out of everyone who watched it in 1960. Today, though, it’s relatively low-key. The most terrifying part is Anthony Perkins’s superb, understated performance as a troubled man with serious mommy issues. 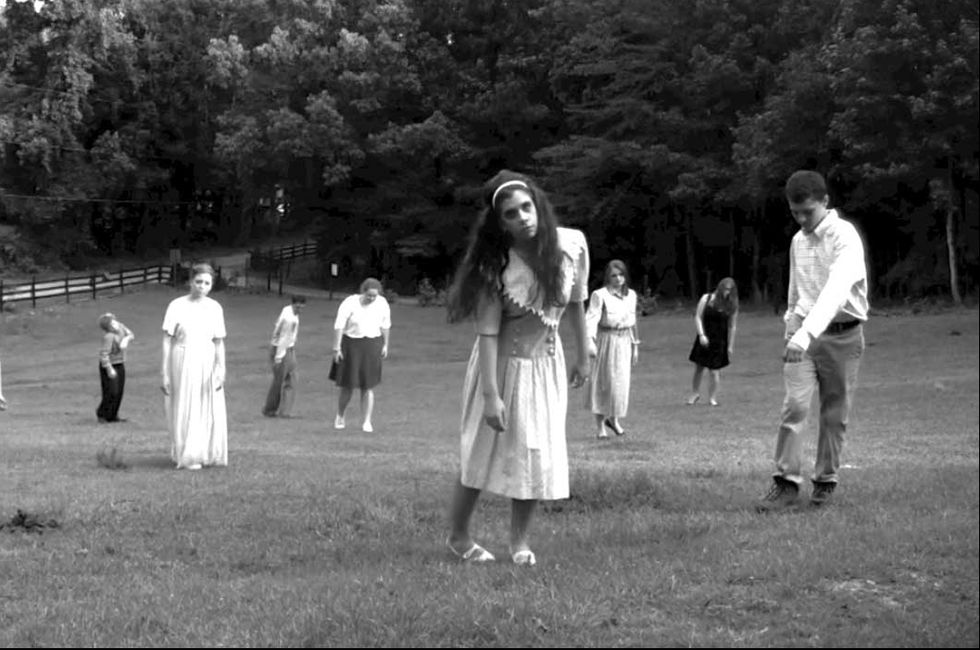 George Romero essentially created the modern zombie film as we know it with this iconic horror film. Shot on a shoe-string budget (making it one of the greatest indie films ever made), the slow-moving undead who roam around suburban Pittsburgh searching for fresh human meat remain some of the most terrifying monsters in cinema history. Come for the terror, stay for the surprising social commentary that brilliantly taps into American racial and cultural tensions.