The greatest actor of his generation may be retiring, but his legacy will live on with these incredible performances. 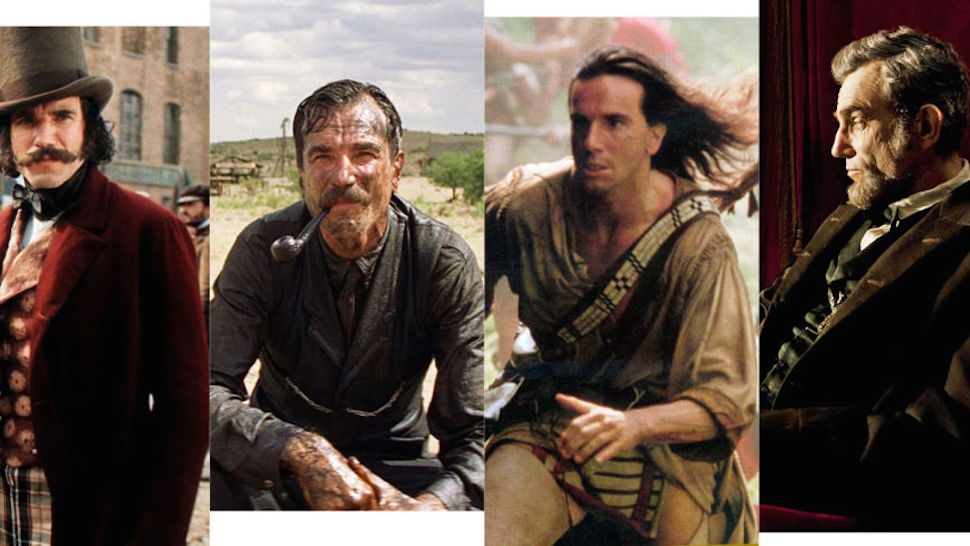 This week, beloved actor Daniel Day-Lewis surprised everyone by announcing his imminent retirement from acting. It's a sudden move for the accomplished performer who, with three Academy Awards under his belt, might just be the greatest actor of his generation—if not one of the greatest actors of all time.

With this shocking news in mind, it's worth revisiting some of Day-Lewis's greatest roles on screen. These ten performances not only depict his incredible skill and dedication to craft—they also exhibit the actor's wide versatility when it comes to his roles, ranging from the quiet and brooding to the irrepressibly romantic and the intensely dramatic.

10| THE BALLAD OF JACK AND ROSE

In a film written and directed by his wife, Rebecca Miller, Day-Lewis plays Jack, a commanding father who lives on a secluded island with his 16-year-old daughter, Rose. The film sees Day-Lewis's character struggling to maintain balance with his own emotional needs and those of his daughter. Rose's chaotic response to the sudden arrival of Jack's girlfriend forces him to recognize that he's losing his ability to keep calm within his own small world, and Day-Lewis perfectly depicts a self-assured man who comes to the realization that he's losing his control over the people around him.

9| THE LAST OF THE MOHICANS

In Michael Mann's big-screen version of the classic James Fenimore Cooper novel, Day-Lewis tackles the role of Hawkeye—the white adopted son of an Mohican chief. More broadly, Day-Lewis gets his chance to play the role of the romantic action hero, with this dramatic, historical film set against the events of the French and Indian War. It's a sly diversion from Day-Lewis's meatier roles, but he's no less astounding to watch even if his appeal is rooted more in his rugged handsomeness.

8| THE UNBEARABLE LIGHTNESS OF BEING

Set against the backdrop of the Prague Spring in 1968, this adaptation of the celebrated Milan Kundera novel has Day-Lewis's Tomas, a Czech brain surgeon and noted playboy, falling for two women—one who is fine with their loose and unattached affair, the other hoping for a serious and intellectual relationship. Having to choose between Lena Olin and Juliette Binoche might seem like a difficult conflict in and of itself, but Day-Lewis's biggest challenge is bringing the protatonist of Kundera's political love story—and his internal struggles with his own romantic philosophies—to the screen in a convincing way. If there's anyone who can accomplish such a feat, it's Day-Lewis, naturally.

In one of his first major film roles, Day-Lewis plays the semi-fascist punk love interest to Omar, a British-Pakistani man living in South London at the height of Thatcherism. Like most films of its time and origin, socioeconomics and class play a major role in its characters' struggles with each other—as do the queer overtones that guide the relationship central to its plot. Under the light, comic direction from Stephen Frears, we get a Day-Lewis character who stands out from the actor's larger filmography—a balance of levity and seriousness, but one that is hopeful, touching, and affectionate.

6| IN THE NAME OF THE FATHER

In a role that earned him his second Oscar nomination, Day-Lewis plays the real-life Gerry Conlon, an Irish man who was falsely convicted and imprisoned for his suspected role in a 1974 IRA bombing in Guildford, England. The film follows Conlon's 14-year quest to clear his name, and Day-Lewis beautifully portrays Conlon's struggle to maintain his humanity in the face of abuse, torture, and wrongful imprisonment. Day-Lewis perfectly balances the vulnerability and fortitude that allowed Conlon to move forward in his search for justice and truth.

5| THE AGE OF INNOCENCE

Martin Scorsese's lush adaptation of Edith Wharton's novel is a searing and intimate romantic film—a major departure from the director's most popular movies. Day-Lewis also seamlessly slips into the role of Newland Archer, a member of Manhattan's upper crust who scandalously falls in love with a ruined woman (played by Michelle Pfeiffer). Day-Lewis often plays gruff and aggressive characters—typically the smartest men in the room, responsible for various plans and schemes. Here, he lets his guard down, and in turn shows a tenderness that makes him a surprising foil for the strong-willed women in his orbit.

In his second collaboration with Scorsese—and in a performance that earned him his third Oscar nomination—Day-Lewis recreated the terrifying vision of Bill the Butcher, the founder of the Bowery Boys gang in mid-19th century New York. Scorsese is the foremost American filmmaker to depict the mob in its various forms, so he put great trust in Day-Lewis to get this imposing figure right. It turned out to be an excellent casting choice, as Day-Lewis overshadows his supporting cast and becomes the star of the film by playing Bill as one of the greatest—and most terrifying—movie villains of all time.

Day-Lewis is known for his method acting, and no other role in his filmography exhibits his dedication to the craft quite like this one, for which he won his third Oscar for Best Actor. It's probably because the character is so recognizable (even if the film depicts an intimate view most viewers—American or otherwise—don't have of the famous U.S. president) that Day-Lewis's performance is so stunning. A great actor brings life to a character, even if the character existed in real life or not. Day-Lewis' Lincoln is more than a dour face on a piece of currency or a statue hovering above a group of people; he's still a giant figure, but one that seems believable and real in ways most film characters are not.

2| THERE WILL BE BLOOD

In this tour-de-force performance, which earned him his second Oscar for Best Actor, Day-Lewis brings to life all of the madness and horror of the increasingly antagonistic Daniel Plainview. Day-Lewis is perhaps at his best when he's playing brutal men—a stark contrast to the public persona he exhibits—and his brutality rises to a crescendo as any trace of compassion and benevolence chips away. This remarkable performance, smartly directed by Paul Thomas Anderson, slowly becomes more and more disturbing until the film's final, and shocking, scene.

Day-Lewis earned his first Oscar nomination and win for Best Actor in Jim Sheridan's acclaimed biopic of artist Christy Brown, a working-class Irishman born with cerebral palsy who can only move his left foot. While Day-Lewis had already established himself as an accomplished actor, this is the film that brought him worldwide acclaim. A triumphant, complex role that highlights Day Lewis's attention to detail, realism, and humanity, My Left Foot remains not just the greatest performance of his career—it is also one of the greatest performances in film history. 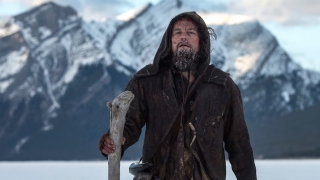 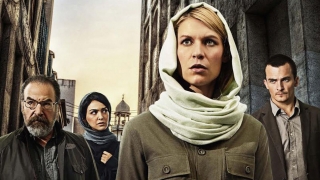