Erik Matti shares his list of the most important Filipino movies.

Filipino movies have been getting a lot of flak in recent years, with popular or mainstream films often criticized for being low budget, badly produced, or awfully written. But there was a time when the Filipino movie industry was on a roll. The '70s and '80s were the golden age of Philippine cinema, with films from Lino Brocka, Ishmael Bernal, Celso Ad. Castillo, and Peque Gallaga. Filipinos patronized these local auteurs who knew how to appeal to both critics and the crowd. What happened?

Erik Matti and the State of Filipino Movies

"The past three weeks several local movies were screened, including one of ours, and it didn’t make good business despite all the marketing fanfare," he noted. "Even MMFF no matter how much they claim with pride that it was a hit, it wasn’t. It didn’t make as much money as the previous years. And instead of looking at the problem of the dwindling audience they just chose to deny it."

Matti continued: "Is it the online platforms killing us? Is it support of cinemas? Is it Hollywood? Is it bad marketing? Is it esoteric, irrelevant, tired or uninteresting stories? Is it traffic? Is it downloads? Is it poverty? Has our audience outgrown our films? I really don’t know at this point."

In a separate post, Matti broke down the economics of the Filipino movie industry:

"When you are not assured of how many days you will stay in the theaters on a regular run so that you can recoup the investment on the film through box office, when you don’t know whether the rest of the country will see your movie playing in the cinemas near them because every 300 million dollar Hollywood movie is occupying the screens, producers would rather make movies that manage their financial risks. Producers would opt to do a movie with a conservative budget in the hopes that with a good story even with just a few cinemas and with the big Hollywood film in 8 other screens beside their own, he can still hopefully recoup the investment to produce the next film."

In sum, the On The Job director (and chicken lover) asks the movie-going public to have faith in Filipino movies.

We understand if you're doubtful, especially when you see another Bong Revilla flick on the marquee, but Matti is here to remind us all of the capabilities of Filipino directors, producers, and actors. To jumpstart your love for great Filipino films, we asked Matti to list down his best Filipino movies from different genres.

What is the highest grossing film in the Philippines?

The highest grossing films in the Philippines tend to change every year, but what doesn't change is the fact that they're usually the same bubblegum-type, feel-good flicks that's good for the moment, but doesn't really age well. There are the Vice Ganda comedies, the John Lloyd Cruz romps, the Vic Sotto fantasies. Currently, the highest grossing film is the freshly released Hello, Love, Goodbye, starring Kathryn Bernardo and Alden Richards, clocking in at almost 900 million pesos. While it still falls principally under the usual cheesy drama, it's become a well-reviewed film that's deep, non-formulaic, and relevant. It gives us hope for the future of Philippine cinema. 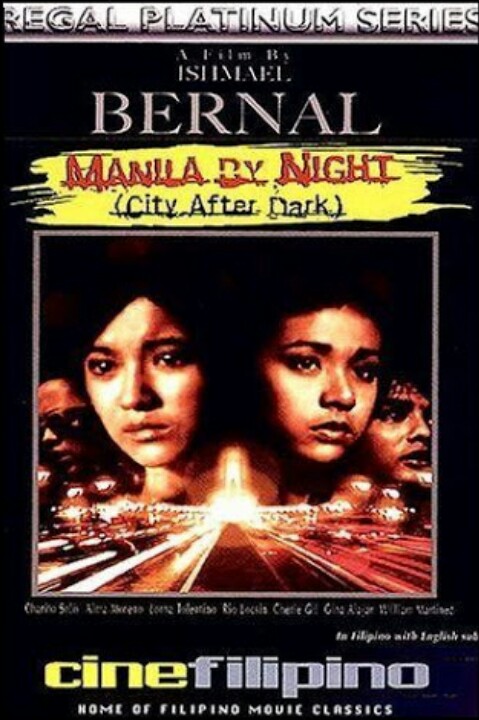 Ishmael Bernal's masterpiece City After Dark is widely considered to be one of the Philippines' best movies. Released at the height of Martial Law, its gritty depiction of what beautiful Manila transforms into after dark—full of violence and sex and gore—is a metaphor for the times. It was originally titled Manila By Night, but former First Lady Imelda Marcos allegedly requested the title changed so as not to tarnish the capital city's reputation. 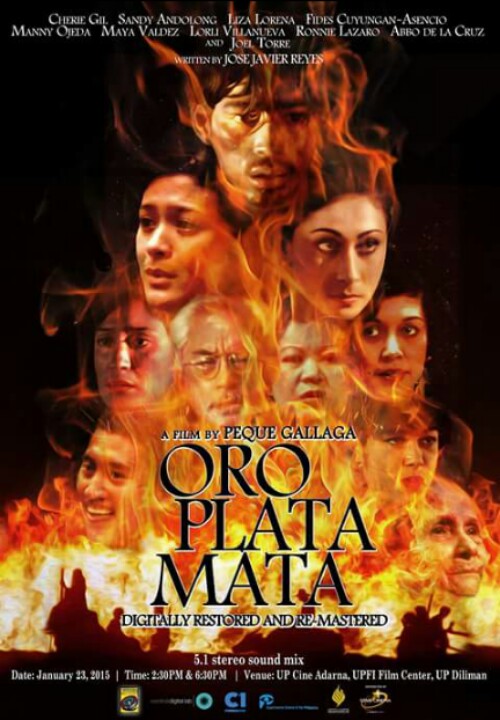 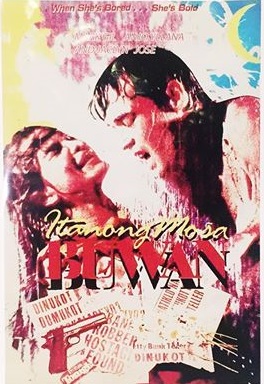 Itanong Mo Sa Buwan isn't always top of mind when you think of your favorite Filipino movies, but this Chito Roño-directed film should definitely be your list of must-watch dramas. Jaclyn Jose plays a bank teller who was kept hostage by a robber (Mark Gil). When she escaped months later, she claims that he raped her. Angelito, the robber, however, alleges that they were lovers who planned the entire thing all along.

This film received renewed interest when Jose posted a throwback photo on Instagram. 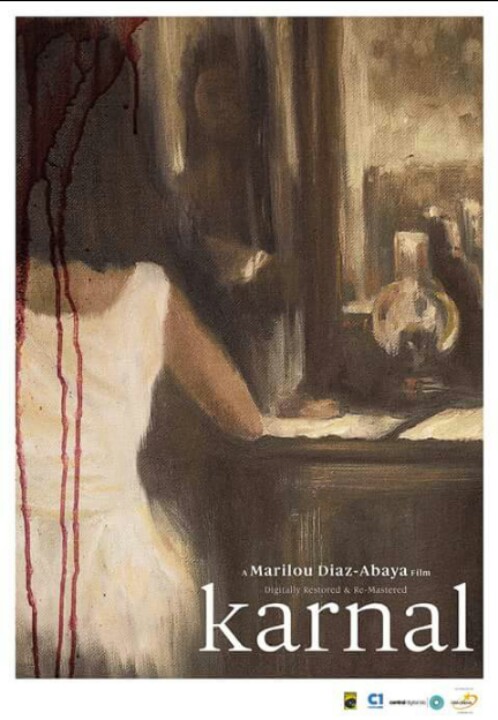 This award-winning Marilou Diaz Abaya film garnered several prizes at the 1983 Metro Manila Film Festival, included the coveted Best Picture. The story is brutal, but the way it's told is compelling and also proves that Filipino audiences appreciate more depth in films. Narcing (Philip Salvador) returns to the province with his wife Puring (Cecille Castillo) to ask his father Gusting for his inheritance. Puring, feeling out of place in the country, falls in love with Goryo (Joel Torre). As the story progresses, it is revealed that Narcing's mother, who resembles Puring physically, is an . Reminded of his wife, Gusting attempts to rape his daughter-in-law; Narcing finds out and kills his father.

There are many more intricacies between and after these events, and you'll need to really watch Karnal understand why it's such a great Filipino movie. The film has been nominated by ABS-CBN for digital restoration. 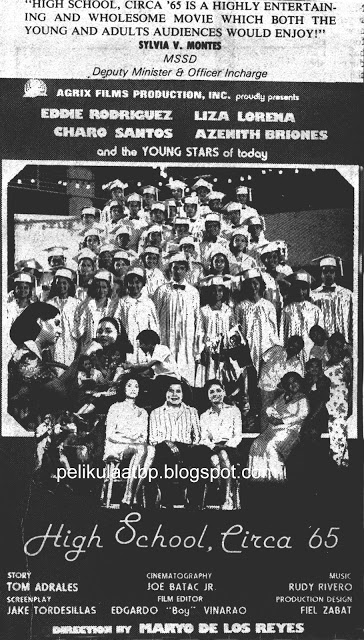 Most of the Philippines' critically acclaimed films are gritty and heavy, but this Maryo de Reyes classic sticks to the reality of high school, which is light, relatable, and fun. 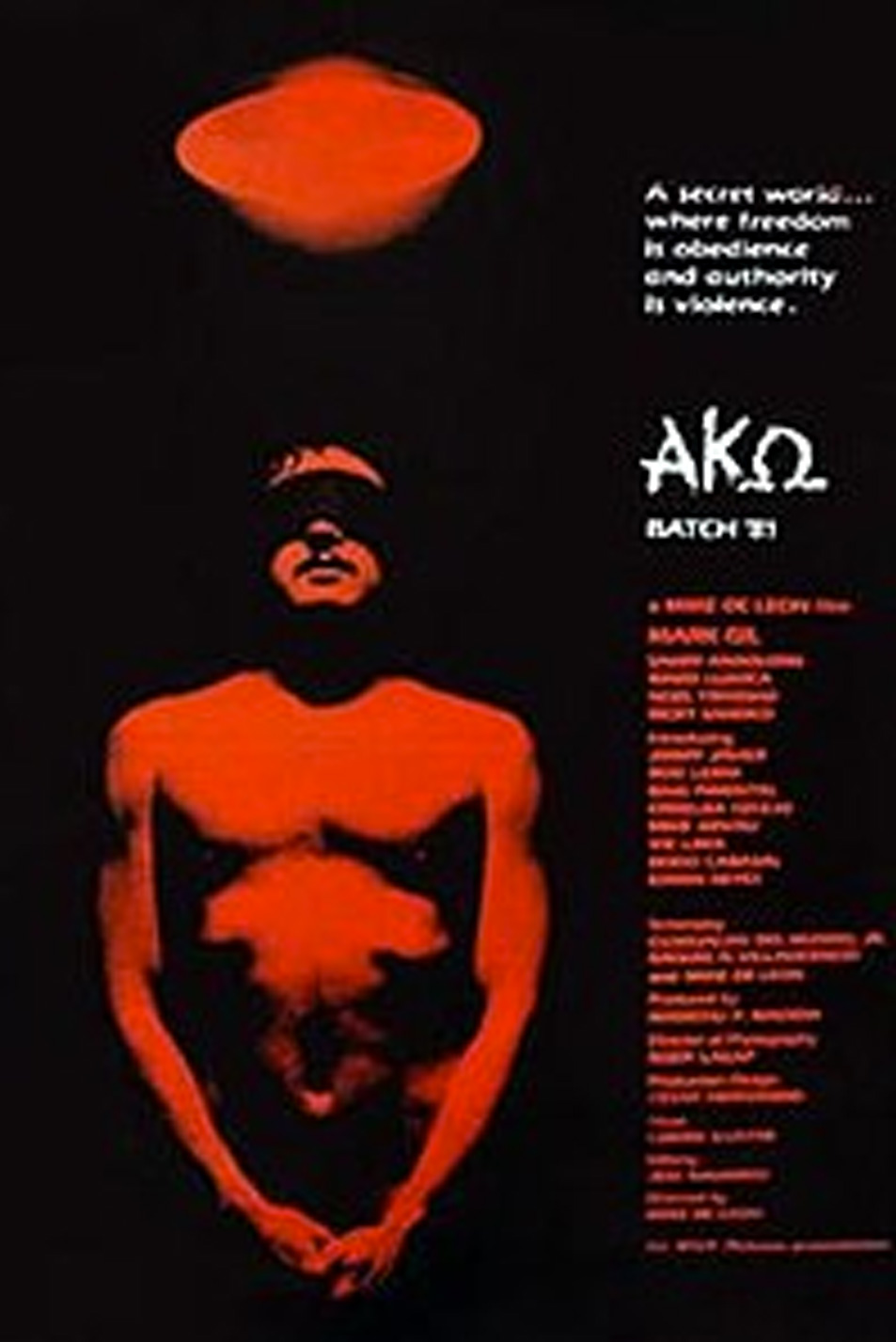 Already a classic, this Mike de Leon opus has been described by many as one of the best Filipino movies of all time. Starring Mark Gil in his most iconic role as Sid Lucero, it explores the fraternity culture during the last stages of martial law in the Philippines. 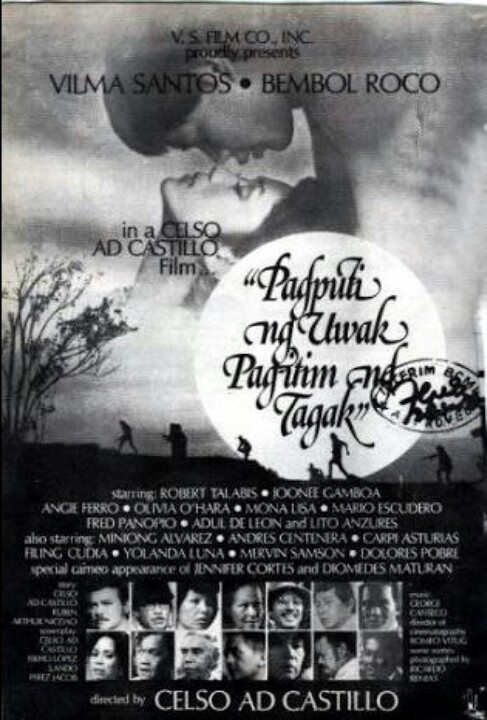 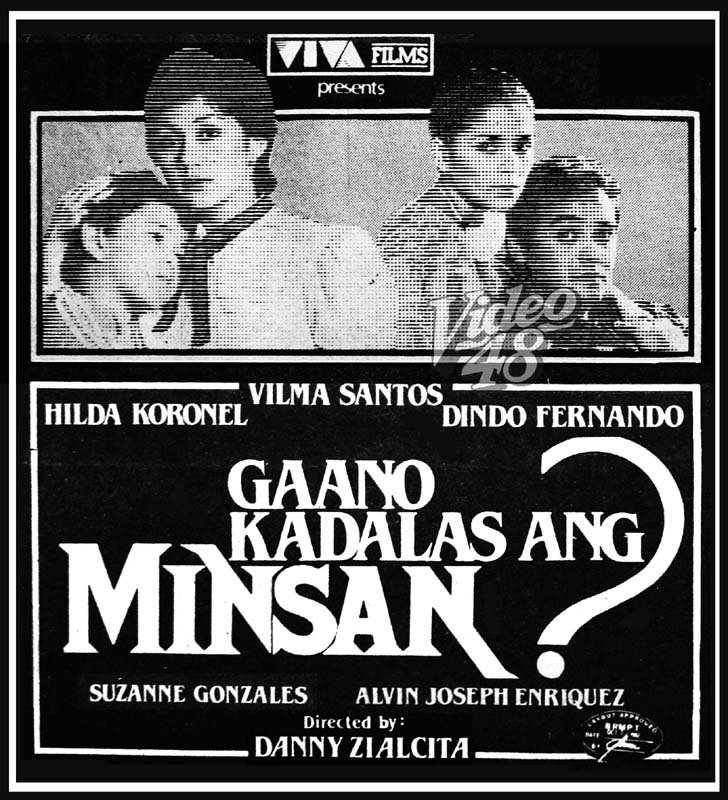 Dindo Fernando, Vilma Santos, and Hilda Koronel play a man, his wife, and his lover in this Danny Zialcita movie about the intricacies of marriage and adultery. The popular Filipino movie won six prizes at the 31st Filipino Academy of Movie Arts and Sciences Awards (FAMAS), including Vilma Santos' third Best Actress win. It lost Best Picture to Cain at Abel. 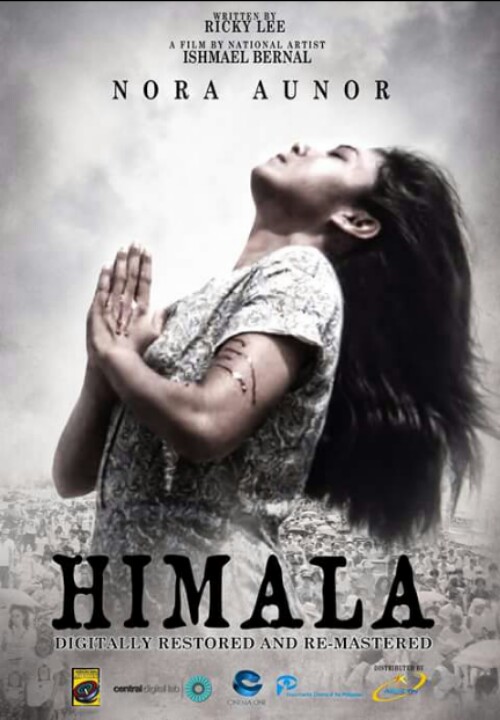 This 32-year-old Filipino classic is still receiving honors from all over the world. Perhaps Ishmael Bernal's most popular film, the success of Himala needs no explanation. A testament to its status as one of the most iconic Filipino movies of all time is how people still reference its memorable lines: "Walang !" 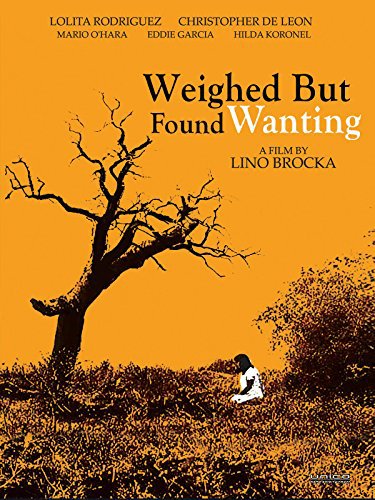 A Filipino drama directed by Lino Brocka, this film features the debut of Christopher de Leon as Junior. Tinimbang Ka Ngunit Kulang follows his coming of age as he discovers love amid scandal and negativity. Young Junior befriends the village idiot Kuala and the ostracized leper Berto. When Kuala becomes pregnant, chaos erupts through the town. Dirty secrets are revealed, important characters die, and Junior leaves his innocence behind 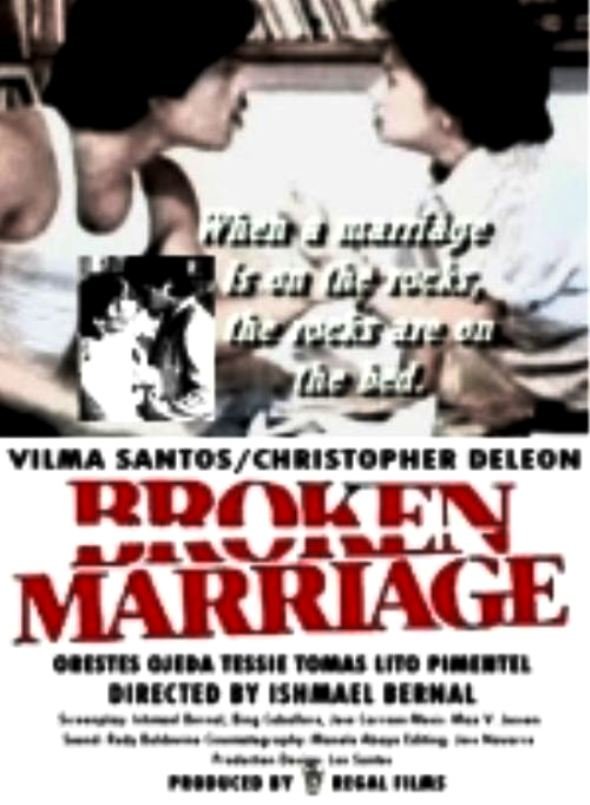 In the context of that time, talking about failed marriages was taboo so this Ishmael Bernal drama was considered risqué. Headlined by Vilma Santos and Christopher De Leon, Broken Marriage explores how individual lives and careers can affect a relationship. Spoiler alert: The happy ending falls into a Filipino movie trope, but it's actually a refreshing deviation from most of the plots on this list. 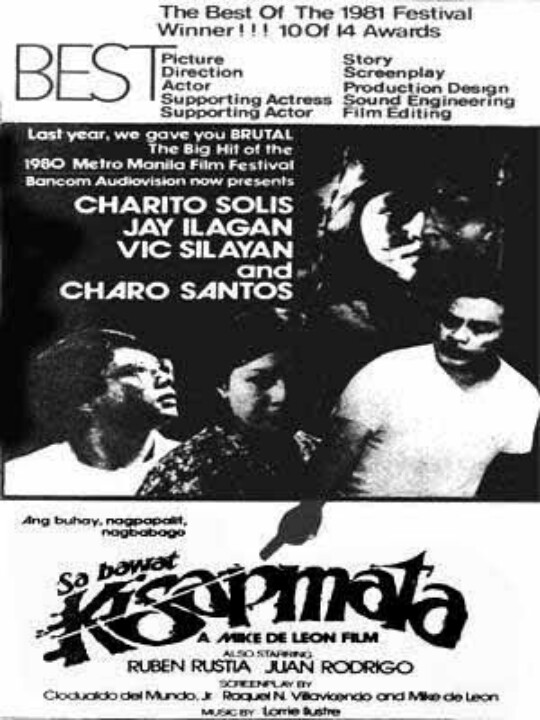 Mila falls in love with Noel (Jay Ilagan), and when she becomes pregnant, Dodong allows her to marry, but under several conditions, including living under his roof. When Dodong prevents Mila and Noel from sleeping together by creating various excuses, the young couple escapes. During a confrontation, Dodong reveals that he is the father of his daughter's baby. It only gets worse from there. 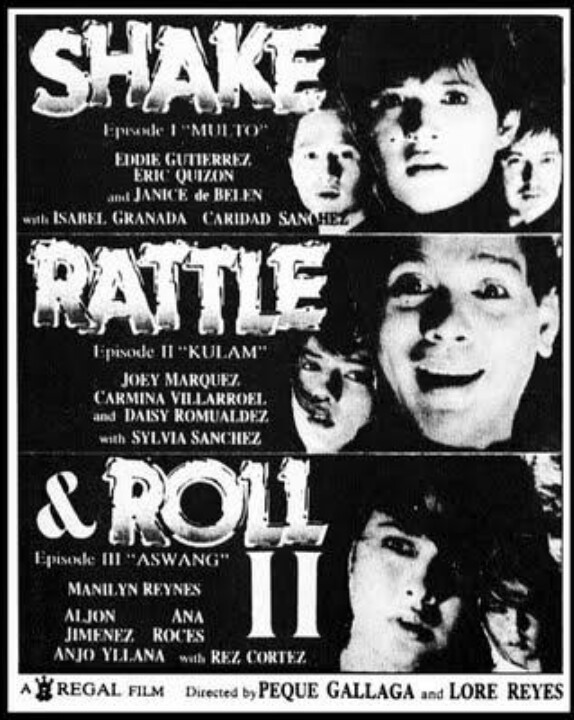 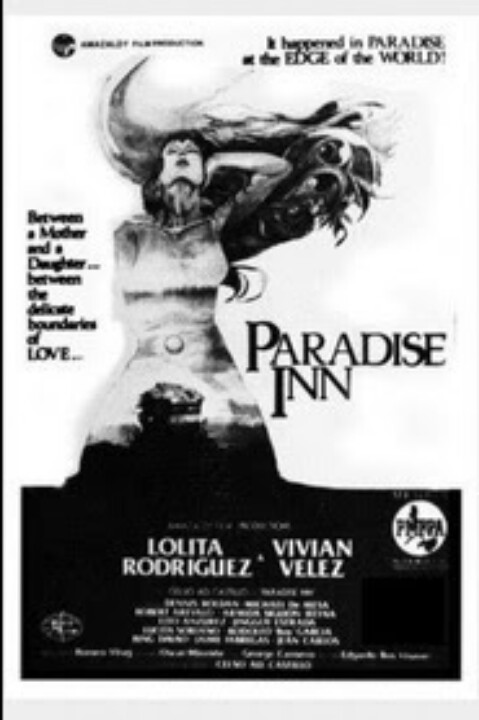 Legendary filmmaker Celso Ad. Castillo is known for directing iconic Filipino movies. In Paradise Inn, Lolita Rodriguez and Vivian Velez play Ester and Daria Paraiso, mother and daughter who run an isolated bar-slash-brothel. The film delves into several themes, including politics, prostitution, and (a dysfunctional) family. It won Best Film at the 1985 Metro Manila Film Festival and Velez even expressed interest in starring in a remake. 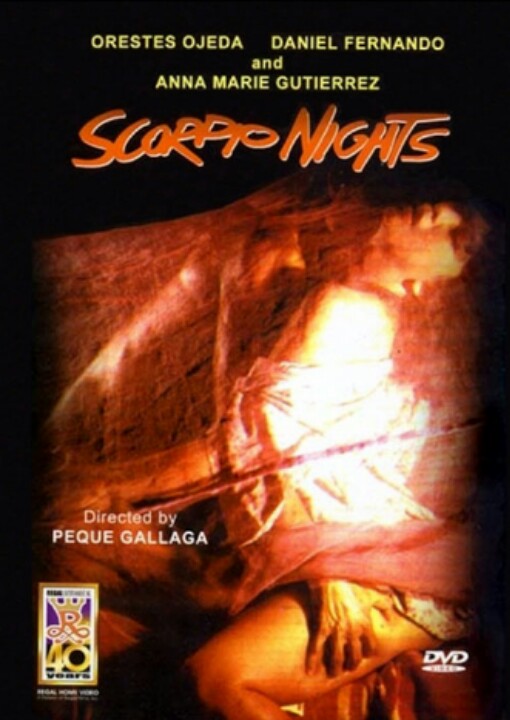 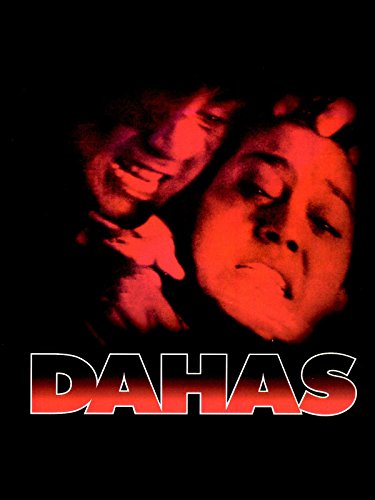 This Chito Roño crime-suspense thriller showcases perhaps one of Maricel Soriano's best work. The complex plot of this great Filipino film begins with Soriano's Luisa being raped the night before her wedding. When her husband Jake (Richard Gomez) learns of this on their wedding night, he turns abusive. Luisa finds comfort in Eric (Tonton Gutierrez) who, unknown to her, is her rapist.

Eric kills Jake to be with Luisa; Jake returns from the dead; Luisa ends up in jail when she kills her husband for the second time. Eric, meanwhile, is killed by a former foe. Soriano didn't win the top prize at the 1995 Metro Manila Film Festival, but co-star Gomez did.

This is the original Mang Kepweng film from 1979.

Mang Kepweng was a popular comic strip by Al Magat about a funny village albularyo. The character was brought to life by comedy legend Chiquito and it spawned several installments, with Mang Kepweng and Son being the fourth film in the series. 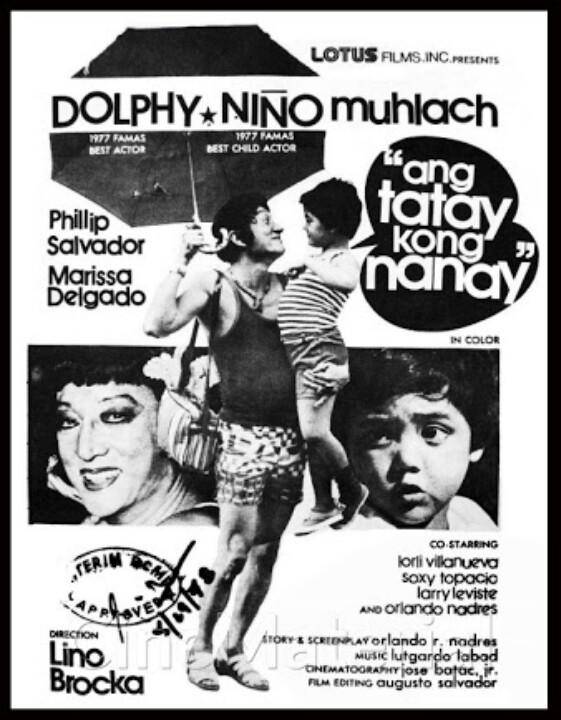 A list of best Filipino movies would be incomplete without a Dolphy . The story revolves around beautician Coring (Dolphy) as he takes in Nonoy (Nino Muhlach), who is the son of his crush. With Lino Brocka behind the camera, Ang Tatay Kong Nanay delves into the themes of homosexuality and single parenting through a comedic lens. 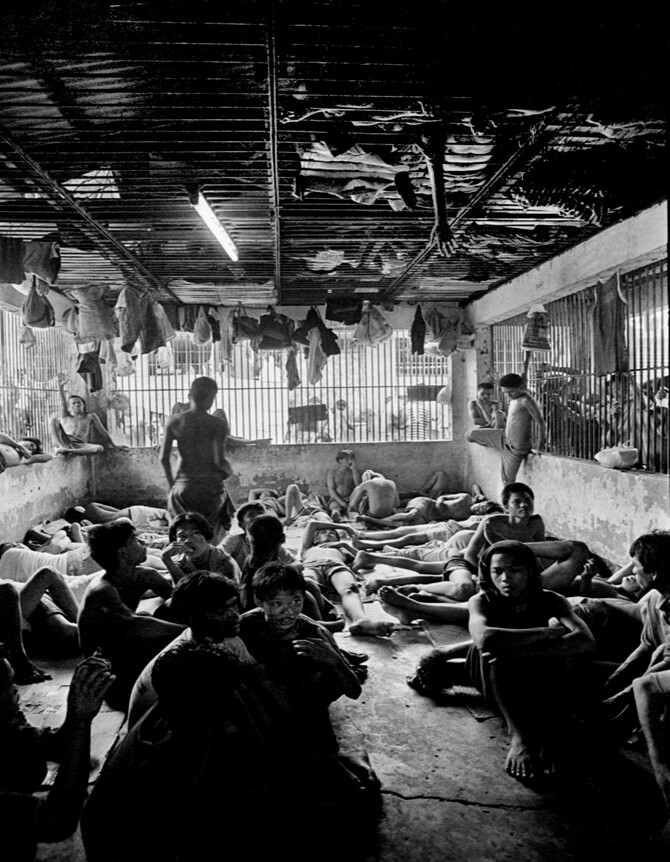 Bunso, directed by Ditsi Carolino and Nana Buxani, shows the harrowing experience of three children (Tony, 13, , and Bunso, 11) as they try to survive surrounded by rapists and murderers in a Cebu jail. This award-winning documentary has received honors from film festivals and critics all around the world—no small feat for a small budget Filipino movie. 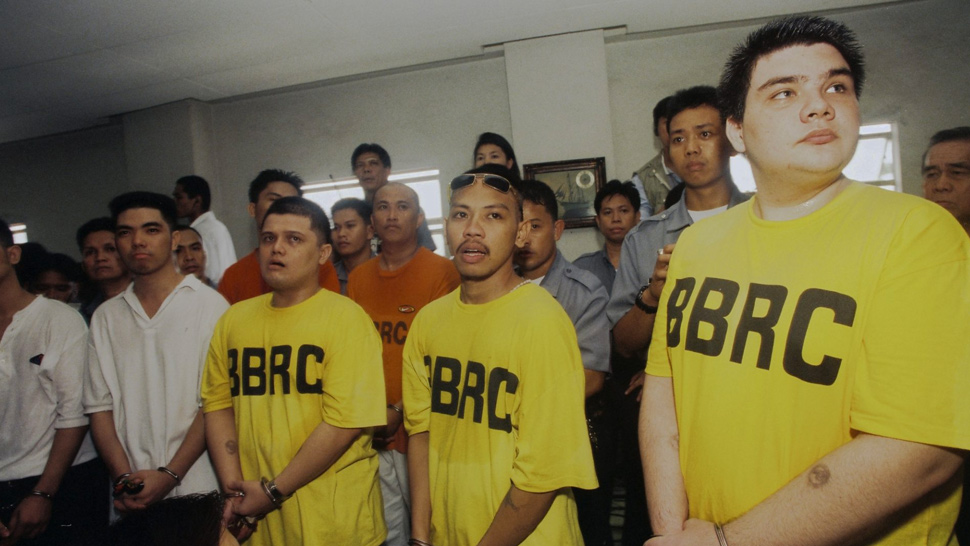 This documentary, directed by Michael Collins and Marty Syjuco, was back in the headlines in 2018 after the release of Ysabelle Peach Caparas' Jacqueline Comes Home. The Filipino movie controversially shows the side of  kidnapper and murderer Paco Larrañaga and how his case was mishandled. Syjuco has admitted that he's related to Larrañaga by affinity, but that doesn't take anything away from the merits of this Filipino film. 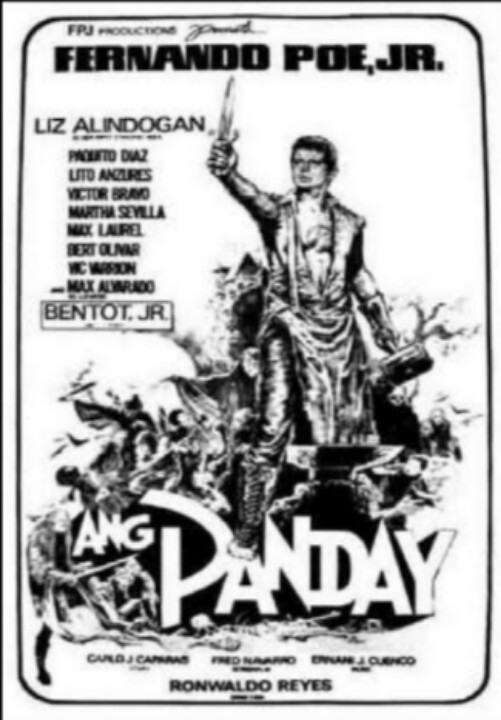 Flavio becomes the Panday after he creates a dagger from a magical meteorite. This fantasy epic by Carlo J. Caparas follows Flavio's adventures with mermen, zombies, vampires, and finally, the evil Lizardo. Panday is such an important figure in Philippine filmography that it spawned several sequels, remakes, and even TV series.

What is the first film in the Philippines?

The country’s favorite trope of the downtrodden probinsyano boy pining for a girl out of his league could be mostly blamed on movies. In fact, the very first Filipino movie has this exact narrative. The film, Dalagang Bukid, was directed by Jose Nepomuceno, whose life was just as exciting as the movies he made. Read more about Dalagang Bukid here. 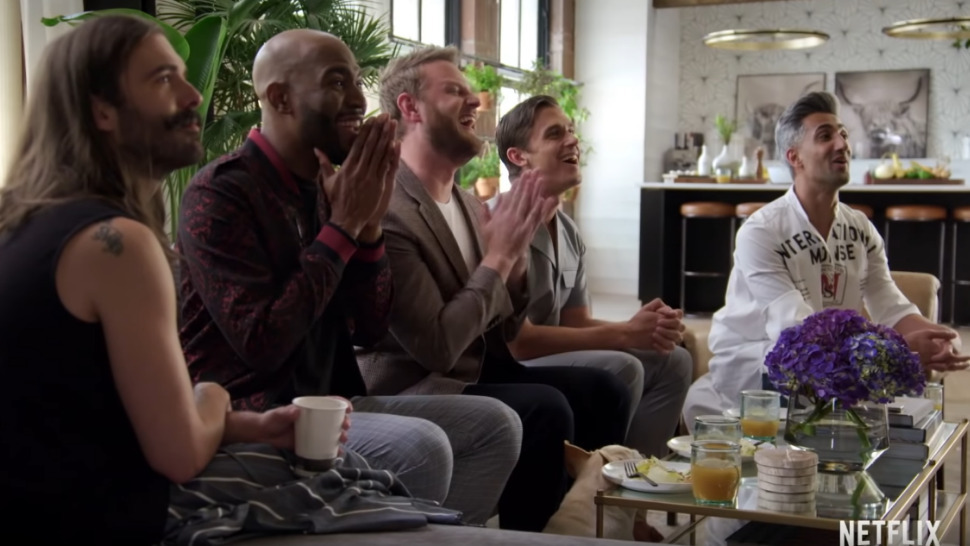