We're now into the thick end of awards season, meaning 2019 has already served up some great cinema.

Up for a string of gong is the Olivia Colman-fronted period drama for people who don't like period dramas, as well as the story of how Dick Cheney became the world's most powerful Vice President. Two equally farcical bits of history where directors have relished filling in the blanks.

Here are the best films to fill hibernation season with:

A period drama with Olivia Colman as mad Queen Anne and Rachel Weisz and Emma Stone as the ladies of the court who compete for her attention and try to manipulate her, The Favourite is one of the, erm, favourites of this awards season.

It comes from Yorgos Lanthimos, the director who bought us The Lobster and The Killing of a Sacred Deer, though anyone fearing anything bizarre and high concept as those two may be relieved to hear it's a more conventional film, and one with plenty of humour. Could this be a chance for Colman, arguably Britain's most gifted actress, to win the coveted 'Best Actress' Oscar?

With a performance that is bewitching and repulsive, in Queen Anne Colman creates a figure who audiences will not so much love to hate, but find themselves grudgingly adoring for her eccentric whims, whether it's lobster racing in her bedroom, bathing in mud or letting her army of pet rabbits loose in the castle.

Chronicling a boy's descent into meth addiction and the repeated relapses that follow, Beautiful Boy is told through the eyes of David (Steve Carell), a father who watches his son, Nic (Timothée Chalamet) gradually be consumed by the drug.

Beautiful Boy comes from Brad Pitt's Plan B studio who have had a string of Oscar successes including 12 Years a Slave, The Big Short and Moonlight. While Carell doesn't always convince as the desperate father, Chalamet cements his status as one of the most exciting actors of the moment after his Oscar-nominated performance in Call Me By Your Name last year.

"Yeah, right. I like that," Bush says nodding slowly.

Vice has dominated award season, with Bale winning the main acting prize at the Golden Globes and it currently sitting on eight Oscar nominations. One of the strongest performances comes from Amy Adams as Lynne Cheney. Whether she'll finally take home an Oscar for her performance after five nominations is as yet unknown. 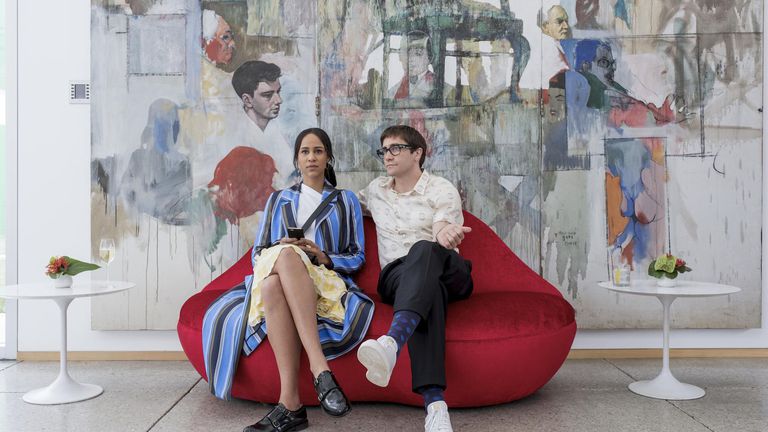 A satirical thriller set in the art scene of Los Angeles, Velvet Buzzsaw satisfyingly skewers the critics and collectors of this underworld and sees Jake Gyllenhaal reunited with Nightcrawler director Dan Gilroy.

Here pretentious installations and vapid art enthusiasts are the primary target, think "Kindergarten go-pro" exhibitions and people asking "are those the new Persols?" in response to somebody wearing optician-issue light sensitivity glasses. The supporting cast of Toni Collette, Zawe Ashton, Tom Sturridge make an excellent pack of wheelers and dealers trying to cash in on the work of a unknown dead artist. Thankfully justice is served in gruesome fashion when the work comes to life and goes after this pack of reprobates.

Melissa McCarthy trades her comedy stripes for a more serious role in the true story of Lee Israel, an author who falls on hard times and turns to forging the letters of celebrities and prominent writers like Noël Coward.

Encouraged by eccentric new friend Jack, played with typical gusto by Richard E. Grant, her forgeries take on a life of their own and land her in trouble with the law. Coming at time where the world is thirsty for stories about scamming, Can You Ever Forgive Me? pits these two loveable villains against the rest of the world and has you rooting for them.

They both deserve their acting nominations at the Oscars, and the film deserves to win for 'Best adapted screenplay' next month, with some incredible one-liners and brilliant sparring dialogue between Lee and Jack.

The Moonlight writer and director Barry Jenkins turns his attention to James Baldwin's novel of the same name. If Beale Street Could Talk is love story set in 1970s Harlem which in similar vein to Moonlight manages to make a profound statement about the power of love in the most testing of times. When 22-year-old Fonny (Stephan James) is falsely accused of rape he is imprisoned causing his 19-year-old fiancée Tish (KiKi Lane) to fight to free him before the birth of their first child.

James and Layne are both impressive, as is Regina King as Tish's mother, a role that has earned her an Academy Award nomination. It's a film which glows with love and pain and features gorgeous colours and costumes as well as serving as a timely criticism of the skewered justice system in America.

The extraordinary life of war correspondent Marie Colvin is retold in this biopic which counts down the journeys she took to the most dangerous and desperate parts of the world, culminating in her final trip to Syria in 2012.

It's a role that shows Rosamund Pike deserves brilliant material, as we see her grapple with the PTSD and alcoholism that plagued Colvin and the relentless determination that drove her to keep going.

The film flits between scenes on the ground, like the moment she lost her eye to shrapnel while reporting in Sri Lanka, and the award ceremonies and cocktail parties recognising her achievements back in London. Like Marie's reporting, which made the unimaginable scale of war feel small and real, A Private War is a reminder of the human cost of war, not least as it ends at the moment she is killed.