If you liked Hereditary, these are for you.

Hereditary might not just be the scariest movie of the year—it's also one of the scariest movies in years, pulling no punches when it comes to building up some heavy atmospheric terror and then delivering a full-throttle climax that may very well leave you shaking when the cinema lights come back up. But more importantly, it's not full of cheep frights and jump-scares. Instead, it's a psychological horror film that cuts to the core of its characters' personalities, and it features an Oscar-worthy performance from star Toni Collette.

If you've seen Hereditary and are thirsty for more cerebral, prestige horror films, try one of these films on for size. 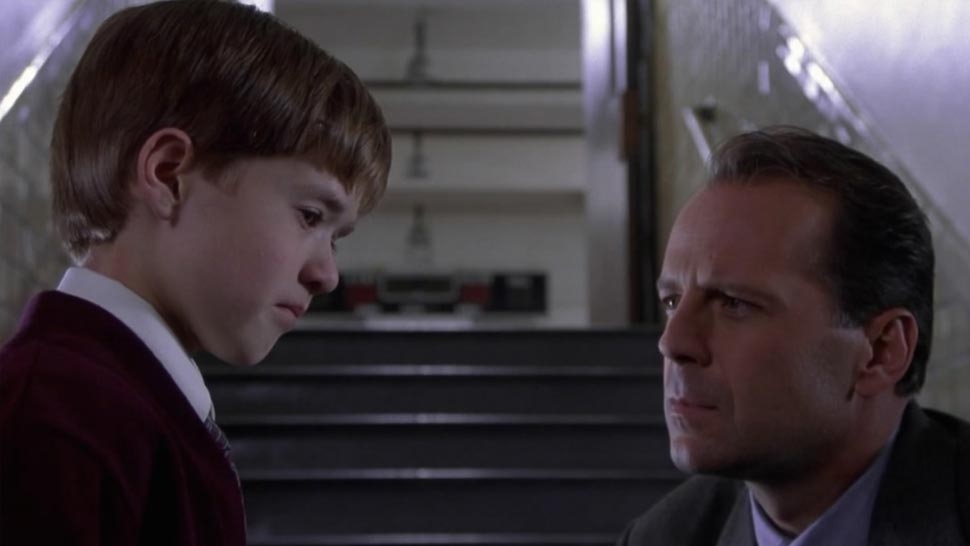 Mia Farrow's Rosemary moves into a giant new Manhattan apartment, seemingly perfect save for the fact that it's next door to a pair of witches who convince Rosemary's husband Guy to let The Devil himself impregnate his wife with the antichrist. This horror masterpiece set the standard for the narrative in which a woman questions her own sanity (while secretly being manipulated by a Satanic cult).

Nearly four decades after its release, The Exorcist is still the scariest movie ever made—and features one of the most terrifying movie villains in Regan MacNeil, an innocent 12-year-old girl possessed by a demonic force. William Friedkin's Oscar-nominated film was pretty much the first prestige horror movie, with incredible performances, heavy thematic material, and game-changing scares.

Satanic panic and scary children align once again in Richard Donner's 1976 thriller. An American diplomat (Gregory Peck) is distraught when his wife gives birth to a stillborn child. His immediate idea? To secretly adopt an orphaned child and passing him off as their own. The only downfall, of course, is that they're stuck with a problem child in Damien, who seems to court terror (and murder) wherever he goes on account of his real father: The Devil.

5| The House of the Devil

Ti West brings '80s flair back to the horror genre with this 2009 chiller. Samantha, a broke college student struggling to pay her rent, picks up a babysitting job from a weird couple named the Ulmans. Things get even more strange when Samantha learns that her charge is not a child, but in fact Mr. Ulman's ailing mother. Foolishly ignoring her intuition, Samantha's gig turns into a night from hell when she realizes the Ulmans have some particularly fiendish plans for her.

Motherhood can be hell, at least according to Jennifer Kent's brilliant psychological thriller. After the death of her husband while she is pregnant, Amelia must raise her son Oskar on her own—a challenge, as his exhausting behaviour and obsession with an imaginary monster cause more stress than pride. But soon Oskar's all-consuming fear of the giant, top hat-wearing Babadook turns legit when the spook begins to terrify Amelia, as well.

M. Night Shyamalan gets into the found-footage horror genre. Two teenage siblings, Becca and Tyler, visit their estranged grandparents while their mother goes on vacation with a new boyfriend. The teens quickly learn that Nana and Pop Pop are an odd duo who exhibit bizarre behaviour—projectile vomiting, hoarding used diapers, and violent outbursts. Could this be why their mom cut ties, or are they harboring an even more sinister secret?

Elias and Lukas are twin brothers whose mother returns to their remote house after receiving cosmetic surgery. The Mother is nearly unrecognizable to the boys—not just because her face is covered by surgical gauze, but because her behavior seems to be completely different than before she went to the hospital. Are the boys onto something, or are they losing their minds?

As far as creepy kids go, you can't quite beat Isabelle Furhman's Esther. A nine-year-old Russian girl adopted by a kind American couple (played by Vera Farmiga and Peter Sarsgaard), Esther begins to act out in dangerous ways: bullying her new brother as well as kids at school, murdering a nun, and trying to seduce her new adopted father. It doesn't take one long to realise that maybe this kid is not all she seems.

Sam Raimi, the man behind the Evil Dead franchise, is well versed in mixing unspeakable horror with excruciating gross-out humor. His 2009 horror film is the perfect example. Alison Lohman plays a bank loan officer who turns down an elderly woman's request for an extension on her mortgage payment. The woman retaliates in witchy ways, placing a curse on her new enemy and promising an untimely death—with plenty of intense and shocking supernatural harassment along the way.