Learn to love them. 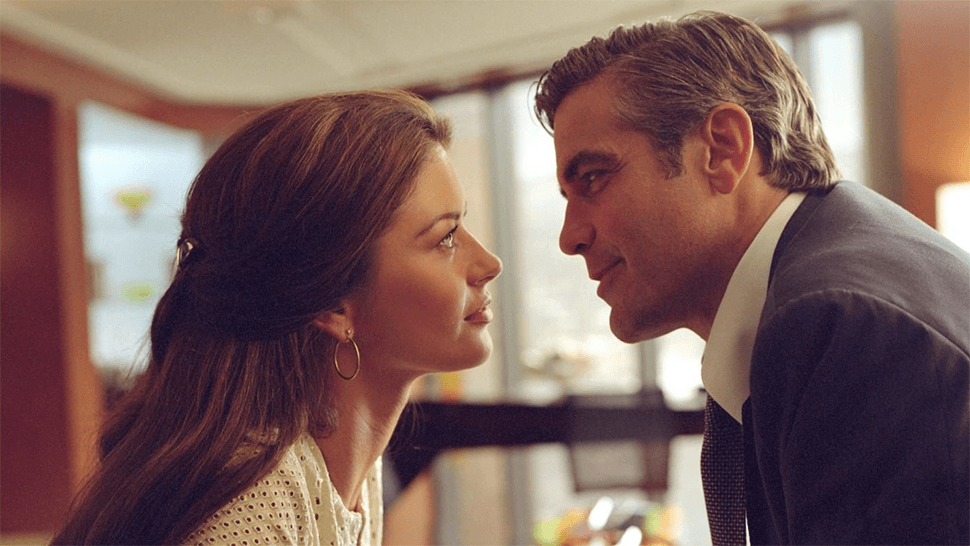 Romantic comedies are not your enemy. When most people think of rom-coms—often disparagingly dubbed "chick flicks," a term that needs to die a quick death—they probably think of bubbly, 90-minute movies featuring a Katherine Heigl or a Jennifer Aniston looking for love in all the wrong places and ultimately falling for a guy who was right there in front of her the whole damn time (but she was blinded by the fact that he was a pompous prick).

We get it. You're probably also the kind of person who hates the sight of strangers holding hands in public or full-on making out next to the bar by the end of happy hour.

But writing off an entire genre just because a handful of its most popular examples are bad would be like refusing to listen to rock because you don't like Nickelback. The fact is that cinema history is chock-full of great romantic comedies—maybe even a few you didn't realize were romantic comedies. So whether you want to impress the rom-com fan in your life by happily watching one by choice or you'd just like to see a good movie on your own, check out this list of some of the best options, from the '30s up to the present day.

William Powell and Myrna Loy shared one of the most beloved onscreen romances in Hollywood history, and in Libeled Lady it's easy to see why. Powell plays Bill Chandler, a debonair reporter hired by the New York Evening Star to seduce a wealthy high-society woman (played by Loy) after she sues the paper for libel. Naturally, Powell soon falls for his mark in earnest, and he must decide how best to tell the love of his life that he's been assigned to all but ruin her. It's classic screwball romance at its most hilarious, emphasizing biting wit over sentimentality.

Look, we know what you're thinking: "Julia Roberts? Weddings? That is not a romantic comedy for people who hate romantic comedies." And all we can say is: trust us on this one. P. J. Hogan's 1997 comedy seems sweet and innocent on the surface, but its brilliance relies upon the fact that Roberts—still at the time America's Sweetheart—turned the typical rom-com protagonist on her head by becoming the villain. Yes, you end up rooting for the bad guy (or girl) here as her Julianne schemes to break up the relationship between her best friend Michael (Dermot Mulroney) and his pretty, if dim, fiancée Kimmy (Cameron Diaz). Roberts smokes, swears, and sneakily manipulates everyone around her, making her character one of the greatest movie villains ever.

Albert Brooks may not be as widely recognized as Woody Allen, to whom he's always been compared, but Modern Romance makes a compelling case that he is in fact the greater talent. Like Allen, Brooks plays the rom-com lead as chiefly neurotic, but his genius lay in transforming anxiety and doubt into outright agony. Modern Romance isn't as quotable as Annie Hall, but something about it will stick with you all the same. If you've ever suffered a bad breakup, you'll find it almost painfully familiar.

Only the Coen brothers could make a traditional romantic comedy co-starring two of the biggest leads in Hollywood in which an asthmatic hitman accidentally shoots himself in the head. With them, you learn to expect the unexpected. George Clooney and Catherine Zeta-Jones play a pair of evenly matched hucksters—Clooney a divorce lawyer, Jones a professional divorcee—out to fleece one another of their respective fortunes. The Coens deliver a legal comedy made in the spirit of a 1930s screwball, but with a dark touch that's distinctly their own. More Fargo than Bridget Jones, it's somehow both romantic and bleak.

In the 1990s Whit Stillman made a trio of literate romantic comedies that are the closest we have to modern-day versions of the classic screwballs. The best of them may be the least well-known: Barcelona, his love letter to Spanish charm about two American idiots abroad. A salesman and a naval officer on leave bumble around the streets of Barcelona trying in vain to charm the local women. The result should be relatable to any guy who's ever spent time in a bar outside this country.

It should come as no surprise to fans of director David Wain's spot-on teen film parody Wet Hot American Summer that his latest spoof, They Came Together, with Paul Rudd and Amy Poehler, gets everything about the romantic comedy exactly right. Wain understands that parody only works if the jokes ring true, and to that end he's clearly done his homework: Every trope, no matter how small, comes under scrutiny, from the contrivances of backstory to the precise degree of Jewishness required of the lead. They Came Together is made for anybody who has ever had to suffer through a romantic comedy they hated, which is probably a lot of people reading this right now. It manages to vindicate your time lost to the genre.

9. The Miracle of Morgan's Creek

Screwball comedies were always known for rapid-fire dialogue and outrageous situations, but Preston Sturges took those qualities and dialed them up to eleven. The Miracle of Morgan's Creek, one of his best films, boasts maybe the highest quips-per-second ratio ever recorded, and there's a good chance you'll be laughing so hard you'll miss about half of them. Skip the latest Adam Sandler movie and go to Sturges instead. It's about 10,000 times funnier.

After making it big with Clerks and Mallrats, Kevin Smith went the somewhat traditional route and made himself a romantic comedy. But, of course, he maintained his '90s counterculture edge and set his romance in the alternative comic book subculture, in which Holden McNeil (Ben Affleck) falls for fellow artist Alyssa Jones (Joey Lauren Adams). Of course, there's the one complication: Alyssa is a lesbian. That doesn't stop Holden from pursuing a friendship (and later relationship) with her, much to the chagrin of his best friend Banky (Jason Lee). Smith's comedy sheds a light on the complications of romance and platonic love, and how dangerous mixing the two can be.

Wes Anderson's sophomore effort introduced the world to Jason Schwartzman, here playing the eccentric polymath Max Fischer, and established his decades-long collaboration with Bill Murray, who plays Fischer's mentor and rival Herman Blume. Both Max and Herman stumble through various pratfalls in their attempt to woo the same woman, Rosemary Cross (Olivia Williams), a teacher at the prestigious Rushmore Academy. Rushmore brings all of the best elements of a rom-com and tosses in a comedic edge and Anderson's trademark flourish and style (and way before his signature tweeness got really old).

A breezy Technicolor star vehicle for Rock Hudson and Doris Day, Pillow Talk more or less invented the template modern romantic comedies would follow for years to come. Day plays a fiercely independent decorator forced to share a phone line with Hudson, a notorious playboy tying up the line night and day with his sweet-talking. The most conventional rom-com on this list, it's also one of the most instantly likeable, with Hudson especially pulling off the charming rogue better than any star could today.

James L. Brooks's follow up to his Oscar-winning tearjerker Terms of Endearment didn't earn the same amount of accolades, but it's remained a cult classic of sorts (especially among anyone who has worked at a media company, whether it television, print, or digital news). On the surface, it's a workplace comedy focused on news producer Jane (Holly Hunter), reporter Aaron (Albert Brooks), and aspiring anchor Tom (William Hurt). But what else would spice up the office drama like a love triangle? Aaron likes Jane, who likes Tom, who mostly likes himself. The result is a comic masterpiece that satirizes the unlucky fools who fall in love as often as it pokes fun at the ways in which television changed the news forever.

German-born director Ernst Lubitsch was the uncontested master of comic romance, and the fizzy, irresistibly risque charm of Trouble in Paradise proves it. Produced two years before the Hays Production Code rendered Hollywood sex-free, this urbane heist comedy pushed the limits of good taste and became something of a scandal in its day, and for good reason. It's been more than 80 years and yet nobody has made movie romance seem sexier. And Herbert Marshall does the smooth criminal bit a half-century before George Clooney stepped foot in a casino.

George Cukor's The Philadelphia Story takes nearly every element common to romantic comedies of the period—a fast-talking socialite, a pugnacious newspaperman, an impromptu wedding, and several pairs of star-crossed lovers (among them Cary Grant, James Stewart, and Katherine Hepburn, a dream cast in any era)—and throws them together to make a rom-com that's widely considered to be the platonic ideal of the form.

Woody Allen single-handedly reinvented the romantic comedy, suddenly making an outmoded genre cool again for hipsters and nebbish intellectuals. Annie Hall remains the go-to choice for anybody with a sense of humor craving the customary pleasures of rom-com convention, because for all its wit and self-awareness, this is still a film about a likeable and unlikeable match falling in and out of love. Come for the one-liners and stay for the deep truths about love.

Even the biggest rom-com defector cannot help but fall for Rob Reiner's modern classic. With a screenplay by the great Nora Ephron—who may never be replaced as the foremost expert in the ways in which men and women clash with and compliment each other—and infectious and incredible chemistry by its leading couple, the film is arguably the greatest romantic comedy in movie history. Far from the middling and sappy copycats that followed in its path, When Harry Met Sally... offers essential truths about courtship, relationships, and, well, fake orgasms. 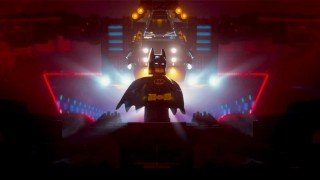