Feeling lonely? Feeling bored? Look no further. This is a judgement free zone.

Hey look, this has been a bad year. And on top of it all, seven months of social distancing has left all of us lonely as hell. We yearn for human interaction of any kind. Well, welcome to a safe space, where you can seek out some romance in the comfort of cinema.

It's true, the pool of new sexy movies to choose from has diminished, as film production was delayed and releases were pushed to 2021. But, the good news is 2020 has still produced some fine movies—even sexy ones! We'll be clear though: Since options are pretty slim this year, we had to get creative and stretch our definition of sexiest movie. Anyway, who are we to judge what does it for you? At this point in the year, anything goes.

Regardless of your relationship status, there’s sure to be something here that will rev your engine. Open your mind to the allure of aging Miami detectives getting in one last risky mission. Find the sexiness in a horror story. Nobody will hold it against you. Just take a scroll, see what’s already out there for you to watch, and get excited for what’s to come.

A delightful new entry in the holiday movie genre, Happiest Season follows a romance between characters played by Kristen Stewart and Mackenzie Davis. But things get complicated when they have to go home for a family Christmas. Bonus points for Dan Levy, Aubrey Plaza, and Alison Brie.

Since you probably will have no idea what's going on in Christopher Nolan's latest, at least you can enjoy John David Washington and Robert Pattinson looking phenomenal in suits.

Does an immortal Charlize Theron wielding a battle axe to take down bad guys do it for you? Of course it does.

The first of the canon! Underwater features a whole bunch of sexy sea explorers who happen to be trapped in the ocean with an insane sea monster. Naturally, as things escalate, they lose some clothes, and I guess there's something kind of sexy about fear?

The third installment of the Bad Boys trilogy proves that Will Smith has not lost his sex appeal as the rule-breaking bachelor counterpart to Martin Lawrence’s retired family man. If high speed car chases, Vanessa Hudgens as a badass weapons expert, or sexual tension between Will Smith and Paola Núñez Rivas sound like they might get you going, this could be worth the watch.

Guy Ritchie's gangster movie about a weed empire in London may not strike you as a romp fest, but sometimes the sexiness is all in the view. With a cast featuring Matthew McConaughey, Charlie Hunnam, Henry Golding, Colin Farrell, and Michelle Dockery, it's hard to imagine there's not going to be a touch of sexual tension in there.

Again, we're not casting judgment, but there's a very particular kind of person who is attracted to Harley Quinn. If that's your jam, she has her own movie with a whole cast of femme fatales backing her. And yeah, they're here to kick ass.

Horror movies may not be everybody’s idea of sexy, but there have to be some people out there who get turned on by the thrill. With an extremely attractive cast featuring Lucy Hale, Maggie Q, Austin Stowell, and Ryan Hanson, just to name a few, we honestly wouldn’t blame anyone who felt heated during this spooky flick, where people are trapped on an island having their greatest fantasies come back to haunt them.

If Sonic isn't your speed for a romantic holiday film, then a) how dare you? and b) here's a second option. In a sexy, sexy movie about romance and, um, death, Issa Rae and LaKeith Stanfield star in this drama where a woman and journalist presumably fall in love while piecing together the past of her photographer mother.

Portrait of a Lady on Fire

Forbidden love is always sexy. Especially set in 1770 France, between an aristocrat and a painter commissioned to paint her portrait, all in French. Well worth the subtitles.

Andy Samberg’s sense of humor alone makes him a heartthrob, so him in a clever romantic comedy only amplifies the sex appeal. Add a sci-fi time-loop, some wedding hijinks, and Samberg crushing beers in a pool, and you have something of a great fantasy going there.

Sure, this is more of an action thriller, but Chris Hemsworth can be sexy doing just about anything. He plays a mercenary with nothing to lose on a mission to rescue the kidnapped son of a crime lord. If tough, dirty, sweaty, manly men are your thing, this is the one to watch. 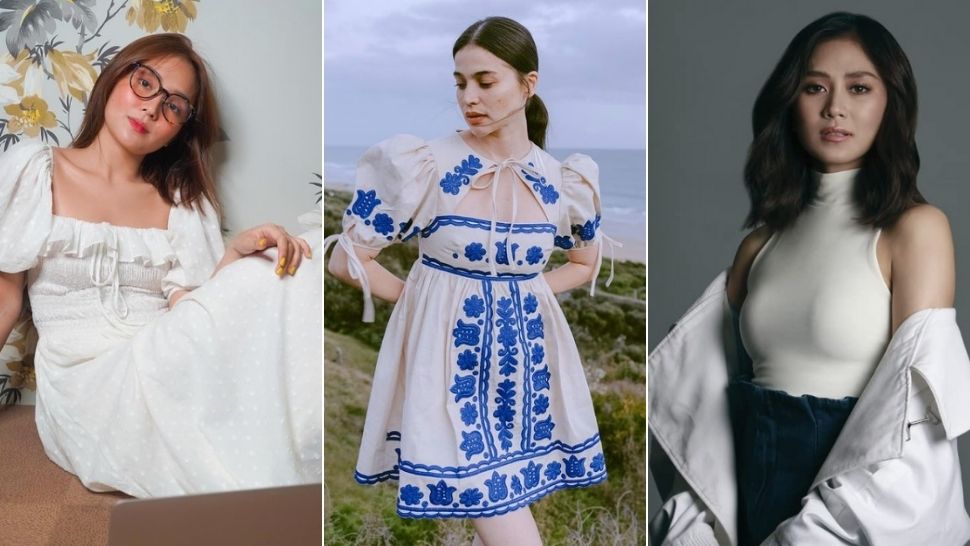