2020 was a banner year for smart, funny television shows, but 2021 is shaping up to be even better 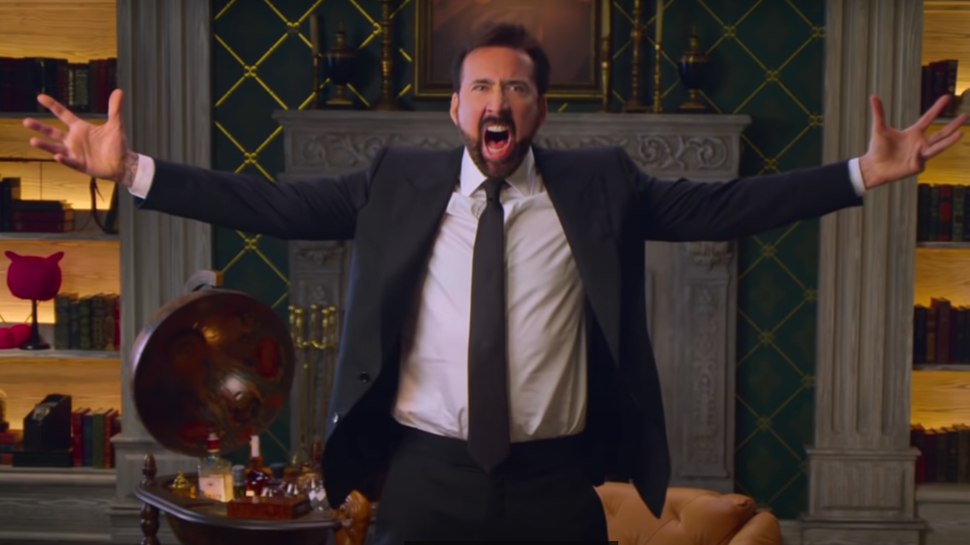 Were it not for the TV, in all honesty, we’d have probably given up on everything this year.

While it’s possible to track the exact point in the year by the current TV obsession (when things got bad: Normal People; when things got truly terrible: Tiger King) there’s no denying that television has been one of the saving graces in 2020; the year of the unrelenting global pandemic.

Whether we were switching on edgy, genre-pushing series like I May Destroy You, Small Axe or Industry, or whether people were getting a comforting blast of nostalgia from much older TV shows, for many people the small screen has been our constant, reliable companion through these troubled times.

It is, however, quite hard to predict how big an impact the coronavirus will have on the 2021 schedules. Production delays this year mean broadcast delays next year, but filming is slowly ramping up around the world, which means things are looking brighter for anyone keen to find out what's happening in the world of the Roys, the Shelbys and the Windsors. There's also a glut of one-offs and limited series, as well as new adaptations of old favourites. That should all keep us going through whatever crisis is thrown at us next.

Here’s our pick of what we’re most excited to see on screen in 2021.

The BBC turns it hand to a glossy true-crime thriller, which tells the story of French serial killer Charles Sobhraj, known as the Serpent, who murdered backpackers in South-East Asia in the Seventies. A Prophet’s Tahar Rahim takes the creepy lead role, with Jenna Coleman (Victoria) going darker than we've seen her before, as Marie-Andree Leclerc, Sobhraj’s glamourous French-Canadian accomplice.

Nicolas Cage, screaming the word “Fuuuuuuuuck”, certainly got our attention on the trailer, not only as it encapsulated our thoughts on 2020. So we’re obviously on board for a whole series looking at different potty-mouthed words, and where they came from. Maybe they’ll even suggest some new ones, as god knows we could do with a couple more in these trying times.

Night Stalker: The Hunt For A Serial Killer

Want to start the new year off with a terrifying examination of one of America’s most notorious serial killers? If that’s your bag, then knuckle down for this four-part series, which tells the true story of a night stalker in LA, who spent the summer of 1985 sexually assaulting and murdering his victims, who were aged from six to 82. Harrowing stuff that will definitely make you check your front door is triple-locked.

Who couldn’t use a few superheroes in everyday life right now? Transporting us off to a fantasy world of Marvel legends, Wandavision is a mini-series which takes place after the events of the film Avengers: Endgame. Elizabeth Olsen and Paul Bettany take up their roles again as Wanda Maximoff and Vision, as they live a suburban life in Westview, trying to blend in.

Legendary showrunner Russell T Davies has moved on from his dystopian family drama, Years and Years, and instead has focused his new, hard-hitting but also heartwarming series, It’s A Sin, centred around a group of friends in London in the Eighties, when a mysterious illness starts hitting the scene. Starring Neil Patrick Harris and Stephen Fry.

The show that made us appreciate Gillian Anderson all over again – and in a whole new light. She and the rest of the cast will be back with more tales of teen angst and sexual frustration in mid-2021.

One of the greatest series of the decade left us on a cliffhanger at the end of series two, with Kendall (Jeremy Strong) dropping daddy dearest (Brian Cox) into a world of public pain and humiliation. Which is exactly how we like our Roys. Filming has already commenced on the Waystar Royco crew for series three of Succession, which hopefully means we'll be settling into TV's best opening credits again by the end of 2021.

Thought Peaky Blinders had peaked with an entire IRL festival devoted to the Brummie series last year? Not likely. As one of the biggest hitting BBC dramas, Steven Knight is sure to draw in the ratings again with the new exploits of the the Shelbys. Filming was scheduled to start again in January, but the new Covid-19 restrictions might put that on ice. Still, we're hopeful they'll turn the production around quickly enough for it to land at the tail-end of the year.

Lord of the Rings

Fantasy fans will be hyped to hear that Amazon Prime is currently filming a multi-season series of Lord of the Rings, which will explore new storylines preceding Tolkien's The Fellowship of the Ring. The showrunners are JD Payne and Patrick McKay, and stars currently on set in New Zealand include Robert Amarayo, Joseph Mawle and Lenny Henry. Thanks to the Kiwis' world-beating coronavirus response, the show is still on schedule to land in late 2021.

We’re jumping back to the Nineties, for the most famous story about an intern and a president of all time. This Ryan Murphy drama about Bill Clinton and Monica Lewinsky – starring Sarah Paulson and Clive Owen – was forced to shut down filming recently due to a Covid outbreak, but Bill will get his day in court (again) soon.

Falcon and the Winter Soldier

Disney+ is expanding the Marvel Universe even further with this miniseries, based on the Marvel Comics characters Sam Wilson / Falcon and Bucky Barnes / Winter Soldier. Anthony Mackie plays Falcon and Sebastian Stan plays Bucky, as they fight the anarchist group the Flag-Smashers.

Graphic novel fans have another adaptation of a classic to look forward to in 2021: and this time it’s the Eighties hit, Paper Girls, about a group of time travelling newspaper delivery girls who get transported on all-new adventures.

This dark comedy about a hired killer ended in catastrophe in series 2: so where can Barry Berkman (Bill Hader) go from here? Well, we’ll soon find out – even if it’s one of the hardest shows on TV to predict what’s going to happen next.

One of the surprise hits of 2020, this “bonking and banking” drama (as one tabloid charmingly put it) follows four graduates as they try to navigate their way through the cut-throat world of high-finance. We didn’t see the plot twist coming at the end, but love the savage deviance behind it, and can’t wait to see how further warped the characters become. In December, HBO announced Industry had been commissioned for a second season, although strict coronavirus controls will slow production, so don't expect to see it before the end of the year. 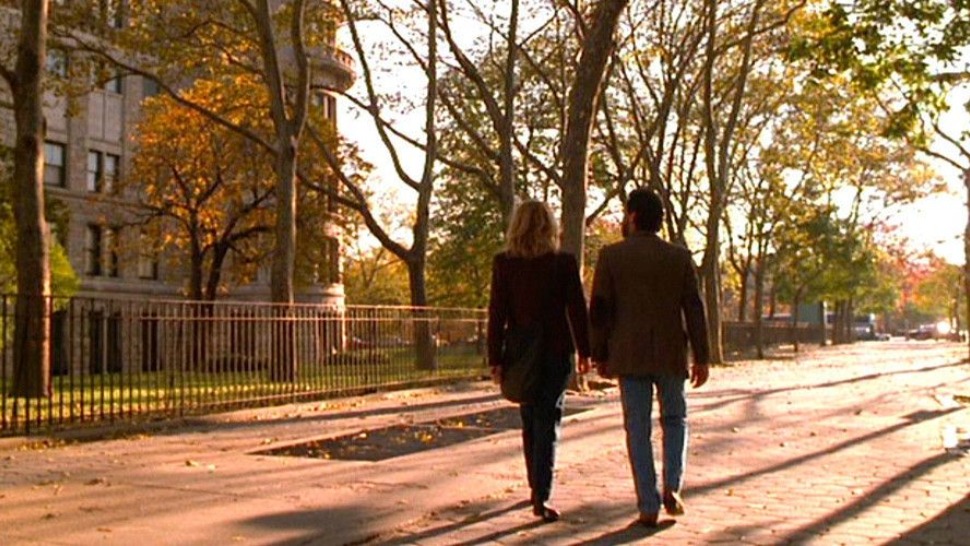 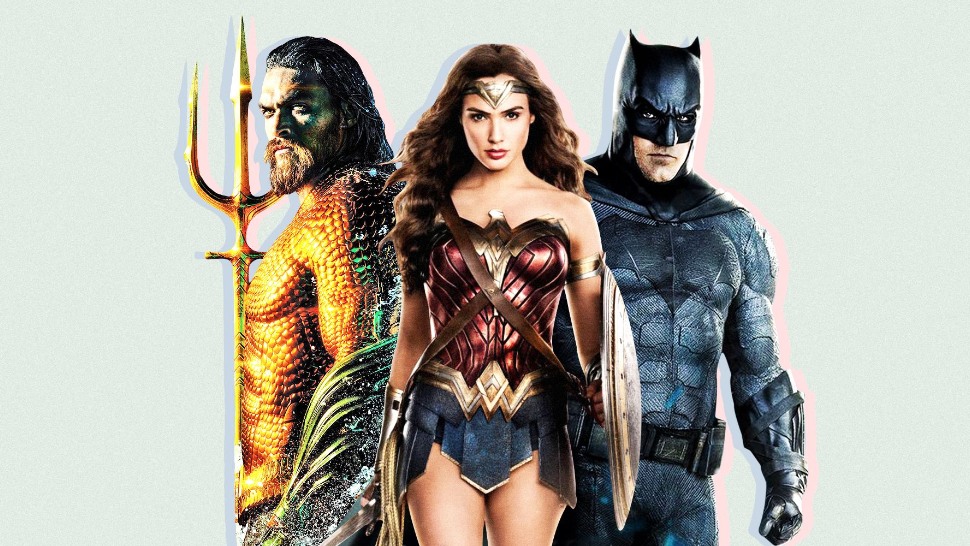