I had very high hopes for Bird Box, but considering that it was getting an awards season release without a lot of awards season treatment, I decided not to get too excited. Bird Box, which is adapted from the novel of the same name, is about a worldwide phenomenon that causes you to kill yourself if you go outside. Early reviews suggested that while the performances were strong, the movie was bad. Others called it a rip-off of A Quiet Place. I call it perfectly bananas.

But with every perfectly bananas movie comes some equally bananas questions. Part of the beauty of the horror genre is that so many of the plot holes are what make the movie even scarier. So, in the same way that we addressed some questions from Golden-Globe nominated horror movie, A Quiet Place, we have a few for Bird Box, or as I like to call it, A Quiet Place: Sandra's Revenge.

1. Why did Sarah Paulson immediately get the urge to kill herself in broad daylight while Sandra Bullock did not?

2. How did the monster choose certain people to spread the suicidal tendencies?

3. Why did those same people get really pretty eyes?

4. Does everyone see the same "monster" when they see the outdoors with a naked eye?

5. What exactly constitutes a safe barrier between your vision and the outdoors? By the movie's standards, a thin-fabric blindfold and a sparse canopy of leaves count, but a security camera does not.

6. Before knowing their capabilities, why did Sandra Bullock prioritize saving three birds in the midst of a mass suicide event?

7. Where did Lucy and Machine Gun Kelly go after they left the house?

8. What good and decent person narrows down their baby name list to Ariel, Jasmine, and Cinderella?

9. Was Jacki Weaver a doctor the whole time or is Bird Box implying that all older women just know how to deliver a baby?

10. Why not protect the windows with something a little more stable than parchment paper?

11. Did nothing happen in the five years between Gary killing nearly everyone in the house and the next near-invasion?

12. How did Trevante Rhodes manage to keep such a defined six-pack over the course of five home-bound years, and would he be willing to share that workout routine? 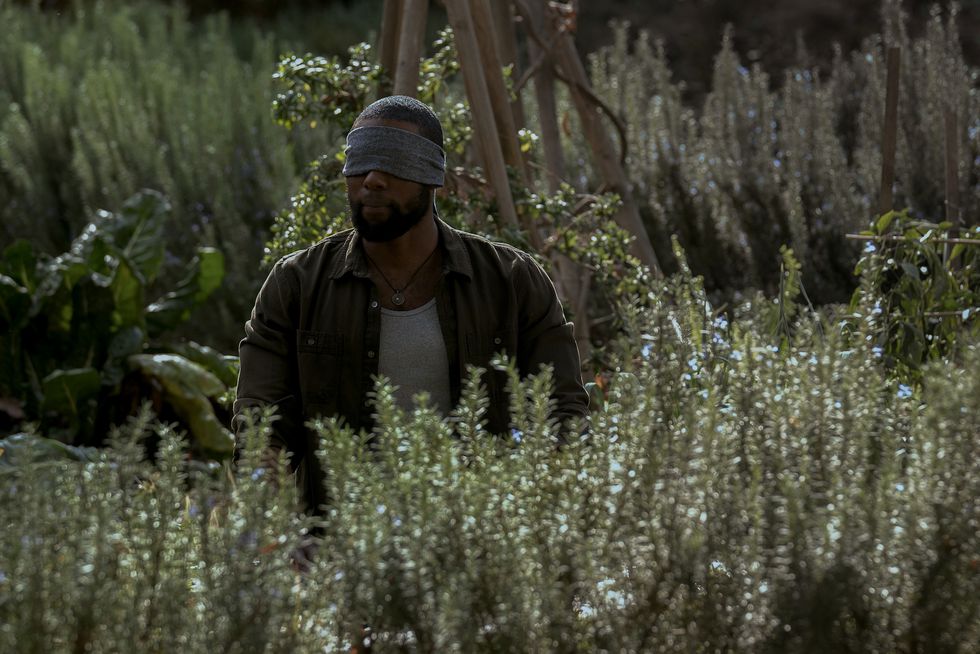 14. Has Sandra Bullock ever white water canoed in real life?

15. How did those three birds, placed in a shoebox with holes in it, survive being thrown into white water rapids?

16. Back to the birds. How did they always know what was coming?

17. How did Sandra Bullock's OBGYN also manage to make it to this remote survivors' location?

18. Was it actually an attack from North Korea, as the news reports implied, or was a real cause ever determined?

20. How jazzed do you think those birds were to finally get out of that box?

BONUS: What did Machine Gun Kelly and Sandra Bullock talk about between takes?

Hugh Grant Calls Bulls**t On 'Love Actually,' The Worst Film Ever Made