Starring Sandra Bullock and directed by Susanne Bier, this thriller isn't afraid to have heart.

One of the greatest episodes of the Twilight Zone, back in 1986, began with an episode entitled "Need To Know." In it, a government agent is sent to investigate an outbreak of insanity in a small town. We find out later that it’s spread by hearing a phrase that incomprehensibly drives whoever hears it mad. Netflix’s Bird Box takes that idea and runs with it, mixing in elements of this year’s A Quiet Place and throws Sandra Bullock into an apocalyptic future where an unseen diabolical menace drives ordinary people to suicide.

Based on the eponymous 2014 novel by Josh Malerman, the film opens with Malorie (Bullock) talking to two children, whom she addresses only as Girl and Boy, as she prepares them for an arduous trip downriver. The narrative is interspersed with flashbacks from five years prior, where a pregnant Mal is taken to her OB by her sister, Jessica (Sarah Paulson). Unexplained mass suicides in the tens of thousands are causing the breakdowns of government in Russia and the rest of Europ, and it quickly catches up with the introverted Malorie’s world.

Everything goes down in flames in very short order and Malorie finds herself with some survivors including John Malkovich as Douglas, a disgruntled old lawyer who only recently lost his wife to the unseen terrors, ex-marine Tom (Trevante Rhodes), and a motley assemblage of people from all walks of life as they seek refuge in the house of Greg (B.D. Wong). Most of the film is a by-the-numbers apocalyptic thriller that sees our group of survivors expectedly get whittled down one by one through a combination of selfishness, selflessness, carelessness, and good, old-fashioned, infected-by-malevolent-forces fellow humans.

The titular Bird Box refers to a small box where Mal keeps some pet birds she rescued from a supermarket during a supply run. Birds are able to detect the unseen forces, and thus provide some measure of protection by warning against them. The flightlessness of the birds, caged in a black cardboard box with holes punched through for air, is symbolic of the film's heroes and their inability to move or go in any direction with the aid of sight. When you can’t see where you’re going, you simply have to have faith in where you’re headed.

Heading blindly into the future armed with little more than faith is something that is echoed throughout the film. From the present journey that Mal is taking with Girl and Boy, heading towards an uncertain destination, to driving blindly in a car with only the help of GPS and proximity sensors, to the literal moving around in blindfolds to get from one point to the other. One of the film’s devices is to take Mal’s POV behind the blindfold, and we see flickering haze behind layers of cloth.

What grounds the story is Mal’s aversion to emotional vulnerability. We learn early on that her and her sister’s unconventional childhood contributed to her refusal to become attached to even her own baby prior to its birth. The film is a journey towards one introvert’s evolution to attachment and openness towards others. Despite not seeing where we’re going, the destination should always be the same: towards others.

It’s a tenderly directed thriller, with emotional heft that’s typically lacking in films that focus more on the thrills and chills rather than the characters. Danish director Susanne Bier gives Bird Box enough heart for audiences to pull for the characters through the ordeal of the end of the world, and one of the most powerful moments in the film is when Mal must make a choice between Girl or Boy as to who will remove their blindfold, thereby risking certain death, in order for them to safely traverse the river.

It’s a tenderly directed thriller, with emotional heft that’s typically lacking in films that focus more on the thrills and chills rather than the characters.

Mal’s journey is both literal and emotional, climaxing in the end where she makes a decision to love and live, instead of simply surviving. It’s this kind of raison d’être that’s absent from some post-apocalyptic scenarios, namely shows like the Walking Dead, where characters are merely surviving from one episode to the next. The selfless, noble character of Tom is a terrific counterpoint to the other characters, sometimes including Mal herself, who seek only to get out of the mess they’re in in one piece. Tom impresses upon Malorie that there must be something to hope for, a dream of something better.

Netflix has done a fantastic job of giving female directors platforms to tell stories, and Bier is a good choice. Attracted to the story’s strong female protagonist, she also took on the challenge of creating something utterly terrifying without being able to show it by realizing that many horror elements lose their power when they’re seen (she cheats creatively somewhat by having one of the characters draw the monsters in a sketchbook). As great a film as A Quiet Place was, seeing the monsters made them less threatening. Bier considers post-apocalyptic stories as fairy tales for adults and although Bird Box doesn’t quite have a fairy tale ending, it’s a tense and emotionally gripping journey all throughout. 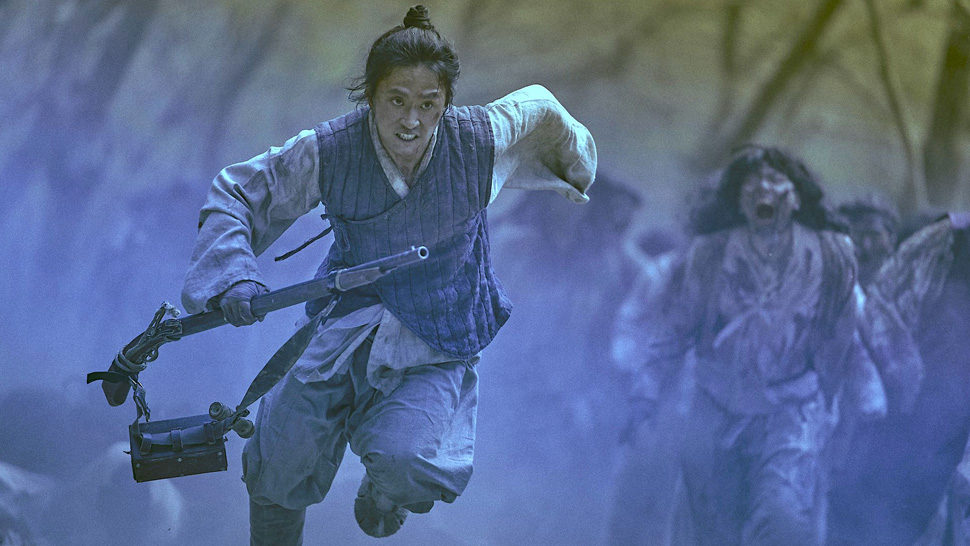