There are risks when audiences no longer share experiences, even when they're watching the same show.

Though it’s a dizzying achievement, Black Mirror: Bandersnatch, the newly released choose-your-own-adventure installment of the popular Netflix series, is more gimmick in search of a home than a fully-realized example of storytelling in gaming, film, or whatever intersection of the two it represents. It retreats into meta winking for a lack of anything more interesting to say—there’s nothing exactly new about musings over free will, and Bandersnatch has little to add to that discussion.

But more troubling than the idea that even now Netflix is probably altering scripts to reflect whether people prefer Sugar Puffs over Frosties, or worse, selling that data to General Mills, is the idea that Bandersnatch represents a further degradation of the shared artistic experience.

The finale of The Big Bang Theory's 11th season earned 15 million viewers last year, while 20 years earlier, the last episode of Seinfeld's penultimate season was watched by about twice as many people. Game of Thrones' season seven finale had a record-setting 16.5 million viewers across television and HBO's streaming platforms, but even those numbers are hard to compare to the ratings that could be garnered in earlier decades, which might find 106 million people watching the series finale of M.A.S.H. 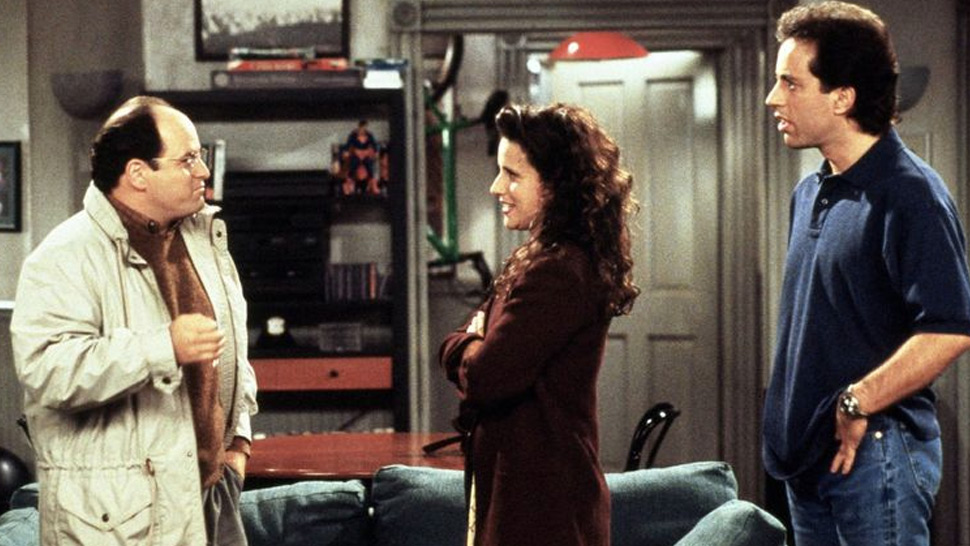 A scene from "The Summer of George," the season finale of the second-to-last season of Seinfeld. The episode garnered nearly 30 million viewers when it aired on May 15, 1997. IMAGE: NBC

It's not surprising that attentions are divided—487 scripted TV shows aired in 2017, up from 182 in 2003. And with the ballooning of television we’ve gained much, including personalization, intimacy, and diversity. But what we’re losing (or ceding to football, one of the few broadcasts that can still earn Seinfeld-style numbers), is harder to quantify. Is it knee-jerk nostalgia to miss watching a TV show with millions of eyes, or listening through countless ears? If choose-your-own-adventure programming becomes popular, it promises a world in which, even on the increasingly rare occasions that find Americans watching the same program, we’ll be seeing different things.

While the content explosion of peak TV has escalated the trend, the decline of mass viewing is decades old: No television show has been watched by a higher percentage of TV-owning households than the second season of I Love Lucy. But interactivity and the narrow personalization that it often brings is a trend that’s now playing out across the cultural sphere. The proliferation of Yayoi Kusama-inspired selfie-inducing installations, what critic Ben Davis dubbed Big Fun Art, have become some of the art world’s most popular events. Many such works alter themselves in response to the audience while others literally demand that visitors share photos from the exhibit on social media, recognizing that the works' truest final forms are the selfies that people will take with it. 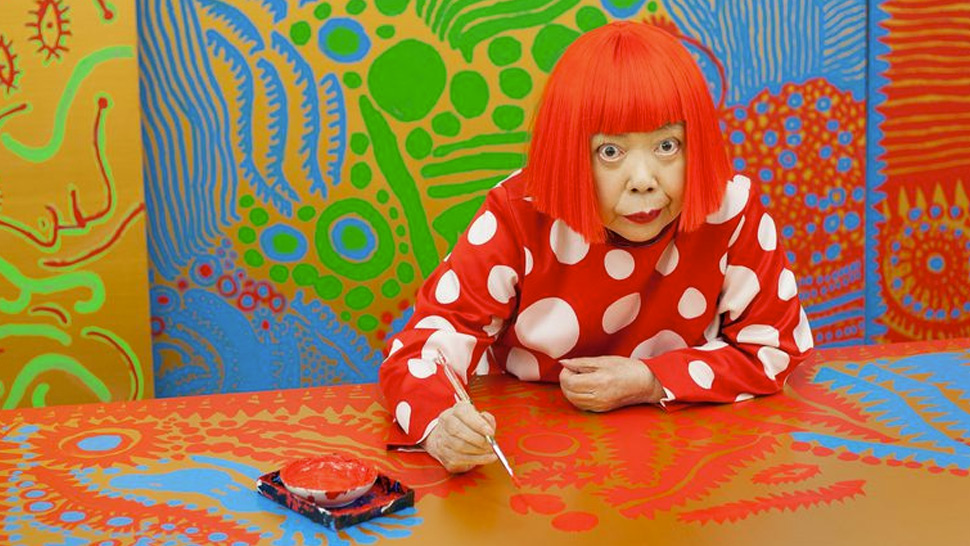 Perhaps no medium has been choose-your-own-adventurized more thoroughly than the album, which song downloads and streaming have for years allowed us to chop up and scramble to our hearts' content. Much as on TV, having a hit album doesn’t mean quite what it used to.

One week this summer, Drake’s Scorpion held the distinction of being the lowest-selling number-one album since Nielsen began tracking music data in 1991. That’s not just counting physical sales—ranking calculations include streams and downloads, counting a few thousand streams as the equivalent of one album sale. All three occasions in which a week’s top-selling album has had sales below 30,000 units have occurred since 2015.

When I used to shell out $18 for a CD, I felt some obligation to listen to the entire thing more than once.

And the individual song streams that count towards Scorpion’s sales don’t necessarily constitute listenings of the entire album: As Tim Ingham pointed out in Rolling Stone, just six of Scorpion's 25 tracks accounted for 82 percent of all streams from the record. So really, a good number of the album's "sales" are just people bumping "God’s Plan" and "Nice for What," and ignoring most of its other tracks.  When I used to shell out $18 for a CD, I felt some obligation to listen to the entire thing more than once to get my teenage allowance’s worth. Now I carve up albums into playlists, reducing the unit of my group engagement. Most people who bought, say Jagged Little Pill, banked nearly an entire hour listening to the exact same music as millions of other people, perhaps skipping one or two much-disliked songs. Those of us who listened to the hit singles from Scorpion shared around 20 minutes together.

Our retreat into a multitude of tiny, discrete audiences has coincided with one of the best developments in the world of cultural creation—an increasing recognition of the value of diversity. Not one white man was nominated for Album of the Year at the 2018 Grammys, and on-screen diversity is making slow gains in television. Black Mirror aside, TV shows at the enviable intersection of popularity and critical regard now often focus on people who’ve been historically underrepresented in media, like Atlanta, Queer Eye, Westworld, and The Handmaid’s Tale.

Balanced representation first and most importantly serves to accurately reflect our astonishingly diverse nation, and in that regard it’s making huge strides. But in earlier years, ground-breaking TV shows instigated broad discussions that crossed racial lines and political allegiances. 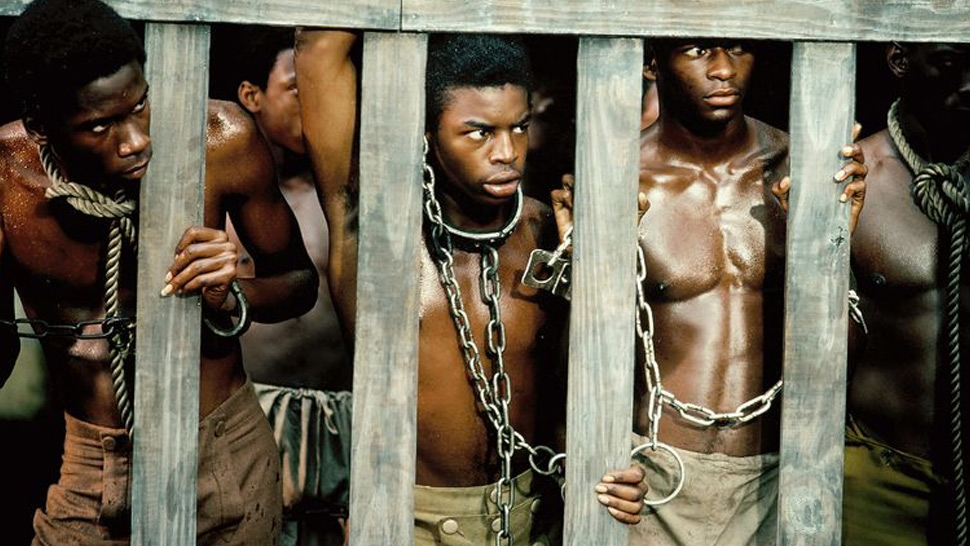 The 1977 miniseries Roots was watched by nearly half the country, and at times commanded 80 percent of the audience share. The original run of Will & Grace literally made some who watched it less homophobic. It also trafficked in stereotypes, queer respectability politics, and was incredibly white. In those regards FX’s Pose is a far better portrait of New York’s LGBT community—but it also attracts a fraction of Will & Grace’s viewers. TV viewership often tracks political allegiances, with liberals favoring programming with more diverse casts. The conundrum of the diversity of peak TV is that it seems to be made possible by the fact the people whose bigotries it most challenges now have so many viewing options that that they're able to avoid that diversity entirely.

Aside from diminishing the culture-shaping power of any single TV show, the loss of a shared viewing experience may have implications for our feeling of well-being. In a paean to the value of watching the Royal Wedding, The Telegraph cited a Harvard study that looked at participants watching what they were told was an interesting video alone, or watching a boring video with two others people. Those who’d watched the video together reported more satisfaction. It’s an effect that I felt myself while watching Harry and Meghan’s nuptials—a slight awe at sharing an experience with millions of others that mitigated the fact that I’d rather have been watching almost anything else. Likewise, my failure to convince literally anyone I know to watch 3% (it really is a very good show) so that I might have someone to talk about it with dampens enjoyment of it. 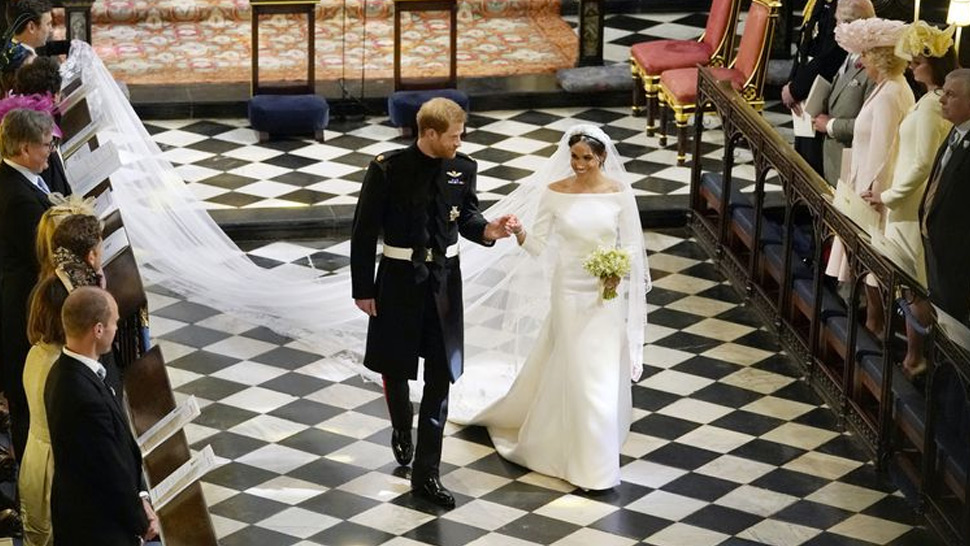 A scene from the Royal Wedding of Prince Harry and Meghan Markle. The event, which aired early in the morning in the U.S., fetched 29 million viewers, according to Nielsen. IMAGE: Getty Images WPA Pool

Community watching still exists, of course—and much of it has migrated online, to places like the Black Mirror subreddit where I found a helpfully dizzying map of all of Stefan’s possible outcomes. Shows like Black Mirror, Westworld, and Game of Thrones recognize the importance of and encourage such shared watching communities. Families may not gather around a TV to watch these as appointment viewing, but online fan bases offer much more in-depth discussions than any I ever had with my mom when we watched Heroes each week. But as with other forms of socializing that have migrated to the internet, we still don't know if online interaction is as personally satisfying as other forms of community.

At least there's film, a medium that seems to have been able to produce diverse offerings that still command mass viewing and permeate the culture just as well as I Love Lucy ever did. Even with ability to watch almost anything we want from the privacy of our homes, North Americans went to the movies in record numbers this year—and that includes millennials who know our way around a shared Hulu login. Black Panther felt like a true pivotal cultural moment, one without the gravity of Roots, perhaps, but with potentially just as much impact. The success of old-fashioned movie watching amidst a media landscape glutted with entertainment suggests that shared viewing is something we crave—the impulse may have just moved from the couch to the cineplex.

Choose Your Own Disappointment: Why 'Black Mirror Bandersnatch' Fell Short
All Photos
Comments
View As List