It's a surreal time to be a comic book fan. The single issues we flicked through in quarter bins in the back of our favourite comic shops have become the source material for the most profitable movies on the planet. In just a decade, superhero films have become a dominant force in the cultural conversation, with phenomenal critical and financial success, yet the highest honours from Hollywood have alluded these films.

On Tuesday, Ryan Coogler's blockbuster masterpiece Black Panther changed all of that by becoming the first superhero comic book movie to be nominated for Best Picture at the the Academy Awards. It's another landmark moment for the film, which was the most profitable domestic release of 2018, the first movie in the Marvel Comic Universe with a black director and lead, and the first superhero film with a predominantly black cast.

Before Tuesday, the closest a superhero film had come to garnering a Best Picture nomination was Christopher Nolan's 2008 Batman movie, The Dark Knight. Lauded at the time of its release for reimagining the genre with a realism and brutality, the film caused a cultural shiftin how superhero films were seen and created. It was a strong contender for Best Picture at that year’s Academy Awards. Ultimately, The Dark Knight earned eight Oscar nominations, but most were in technical categories. (In the wake of The Dark Knight's snub, the Academy expanded the Best Picture nomination to include 10 films instead of five.)

Black Panther set itself apart by offering an entirely unique concept of superheroes. It took a character and world created by two white men and put it in the hands of a predominantly black production team, director, and cast. Though it fit the mould of the Marvel Cinematic Universe, Coogler's film has a thematic depth that's often lost when comics are transferred to the screen. Sure, Black Panther is a superhero film, but it's also a story about colonialism, monarchy, separatism, family, and so much more. It's a perfect example of the ways comic books can be vessels for analogous stories that are both relevant and timely, and, as a result, resonate with a wider audience.

It always seemed slightly strange that superhero films have had a hard time at the Oscars as other landmark blockbusters in the sci-fi and fantasy category are often heralded. Prime examples are The Lord of the Rings trilogy, Avatar, Inception, and Arrival, which were similar in their tone and technical prowess.

This snubbing from the Academy likely stems from the decades-long assumption that comics are a lesser, more pulpy form of entertainment. It's a bogus theory, by the way. Since at least the 1940s and '50s, when comics revealed in tales of true crime, through the superhero stories that dealt with weighty topics like immigration, race, oppression, and the dangers of demagogues, comics have been consistently ahead of their time. The perception that comics deserve a lower status can be traced back to the nationwide outrage sparked by Frederic Wertham and his 1954 book, Seduction of the Innocent, which posited that comic books were to blame for many of society's problems. The more disposable nature of comic strips and comic books has also fuelled the notion that books are intellectually superior. 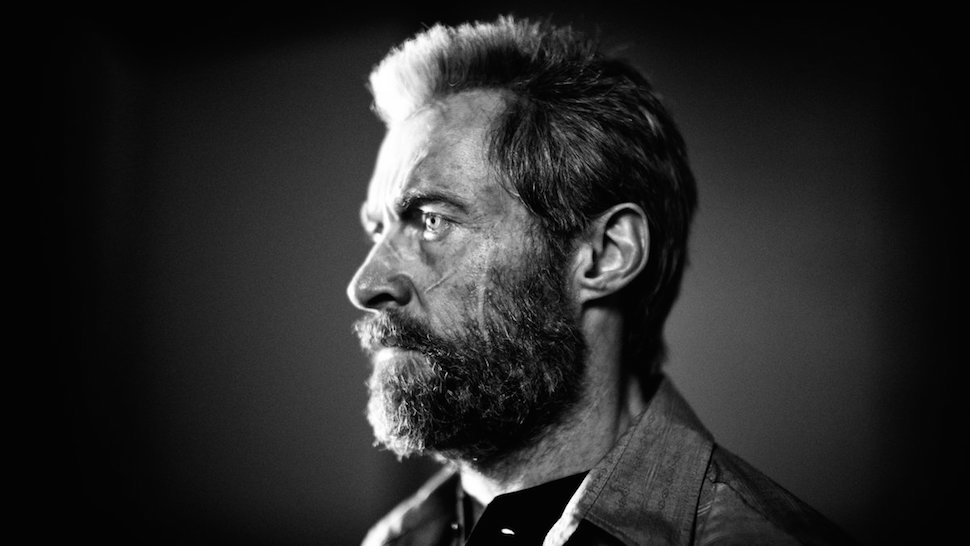 This mischaracterization has applied to the comic book movies as well. In a now notorious interview, Ethan Hawke questioned whether the celebrated Hugh Jackman movie, Logan, was actually good, or just good for a superhero film.

"Now we have the problem that they tell us Logan is a great movie. Well, it’s a great superhero movie. It still involves people in tights with metal coming out of their hands. It’s not Bresson. It’s not Bergman," he told Film Stage last year. Hawke's false equivalency is strange as no one compares Inception to The Seventh Seal, but as soon as comic book films are held up against other kinds of cinema this kind of discourse begins.

It's an interesting extension of the ideas Wertham put into the ether decades ago: that simply because these stories are put on newsprint they're dangerous, whether to the brains of young children or the status quo of the art world. It's ironic, of course, because the art world has stolen the works of comics creators like Irv Novick—the uncredited artist behind Roy Lichtenstein's famed painting Whaam!—while critically acclaimed Best Picture winners like Avatar and Birdman, not to mention nominees like Mad Max: Fury Road, wouldn't exist without exploring and really leaning on comic book tropes.

Graphic novels and comics have carved out a place at the Academy Awards since Tim Burton's Batman in 1989 and Warren Beatty's Dick Tracy a year later. (An animated short about Superman was the first superhero to get an Oscar nomination in 1941; the 1978 Superman also garnered Oscar nods.) Yet those films, like the comic-inspired movies that would follow them, were mostly recognized for their technical prowess. There have been a smattering of comic-book films to earn what are called above-the-line nominations, including Ghost World in 2001, American Splendor in 2003, and A History of Violence in 2005 for Best Adapted Screenplay. In 2014, Big Hero 6, a Marvel comic, won Best Animated Feature. And, of course, The Dark Knight had the only above-the-line win with Heath Ledger's posthumous Best Supporting Actor win. 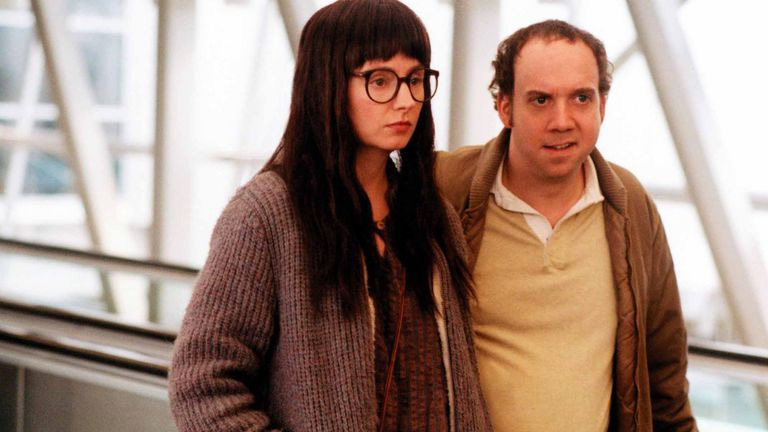 But the tide really seemed to shift with the inclusion of 2017's Logan in the Best Adapted Screenplay category, the first actual superhero story to be nominated for the award. Where the inclusion of Ghost World and American Splendor legitimized comedy and drama in comics, the nomination of Logan finally recognized a superhero story that loosely originated in comic books. An X-Men story from Marvel comics was finally worthy of an Academy Award. Once brushed off as children's stories about men in tights, a real superhero comic book story joined the likes of Call Me By Your Name and Aaron Sorkin's Molly's Game, which were also nominated that year. The film wasn't adapted from any particular comic, instead it was more of an atmosphere piece inspired by multiple stories, including Mark Millar and Steve McNiven's Old Man Logan. Although it didn't win, Logan helped legitimize the idea that superhero comics were a worthy source for adaptation and helped pave the way for the Academy to embrace Black Panther.

As the reign of the supermen continues—James Wan's Aquaman just hit crested $300 million at the domestic box office, but was snubbed in costuming and VFX, which it heartily deserved—it'll be interesting to see what happens next for caped crusaders trying to make their mark on the Academy. After all, Coogler wasn't nominated for Best Director, and none of the cast—including standouts Danai Gurira, Lupita Nyong'o, and Michael B. Jordan—received recognition for their performances.

Disney's animated films have long been contenders for Best Picture and, more recently, the Best Animated Feature category. Black Panther's nomination opens the door for the studio to campaign much harder for its future Marvel Comic Book Universe movies and other superhero projects. If Avengers: Endgame hits like Disney is expecting it to emotionally and financially, expect a Best Picture push next year. Logan's nomination hinted that there was a future for more unique and experimental superhero films and Black Panther's Best Picture nod cements that idea. It's likely that lower budget cape flicks like Todd Phillips' Joker will begin to see themselves as Oscar prospects, especially on the off chance that Black Panther actually takes the big award home. 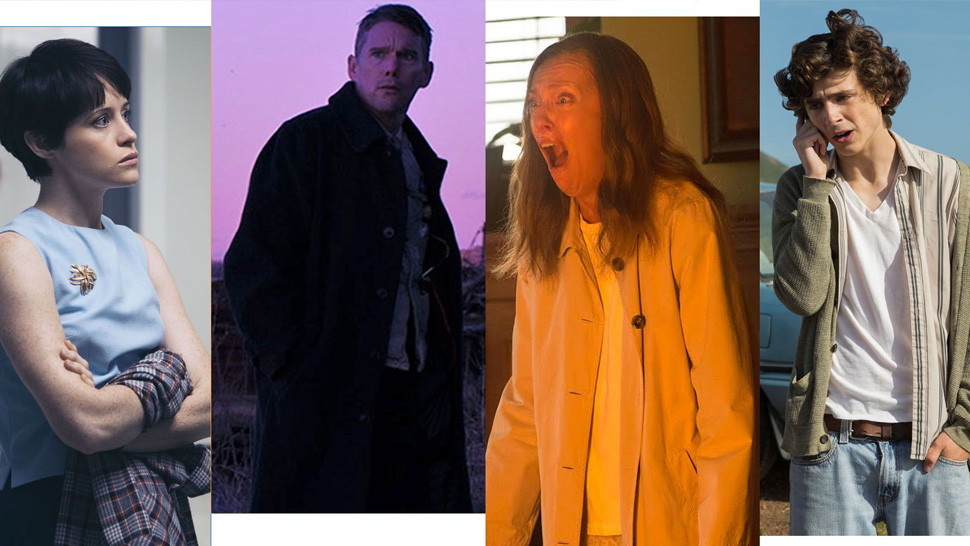 5 Things The Oscars Has Already Got Completely, Horribly Wrong
All Photos
Comments
View As List