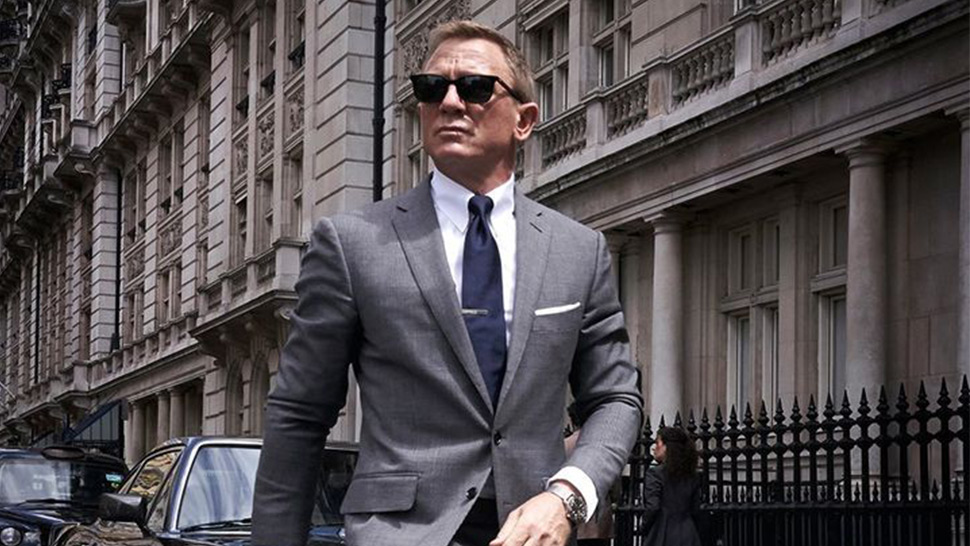 Last weekend, Whitehall resembled Top Gear: Live! as Daniel Craig whizzed around the streets in V8 Vantage Aston Martin while filming for Bond 25, which may or may not be called A Reason To Die.

Images released by the 007 social media accounts show a shot of Bond with the Household Cavalry—the most British image of all time aside a photograph of Prince Wills and Kate's wedding printed on commemorative tea-towel—and a procession of regal horses trotting towards a clapperboard.

Most thrilling however, was a video of Bond driving down Whitehall Court in his V8 before illegally parking it on a double yellow line. Instead of cursing the lack of pay-to-park meters in SW1A and driving on while swearing not to take on another job in central London, he exits the car and scarpers without even locking it.

Presumably in possession of a Westminster parking permit, or perhaps a Q issue multi-borough badge, it's a sign of just how reckless 007 is that he chooses to drive through several parking bays only to come to a stop on the double yellow. A quick search of the car's registration plate on the government's handy online service shows that the vehicle's MOT has expired. Truly this man knows how to live dangerously.

It is the most concrete proof yet that Bond 25 won't feature a woke spy, as had been rumoured following the news that Fleabag writer Phoebe Waller-Bridge had been called in to liven up the script and develop female characters.

Indeed, nothing could be more inconsiderate than abandoning your sports car on a double yellow line. This is vintage Bond stuff.

Spider-Man: Far From Home Shows What's Next For The Marvel Cinematic Universe
All Photos
Comments
View As List