This will tear the internet apart. 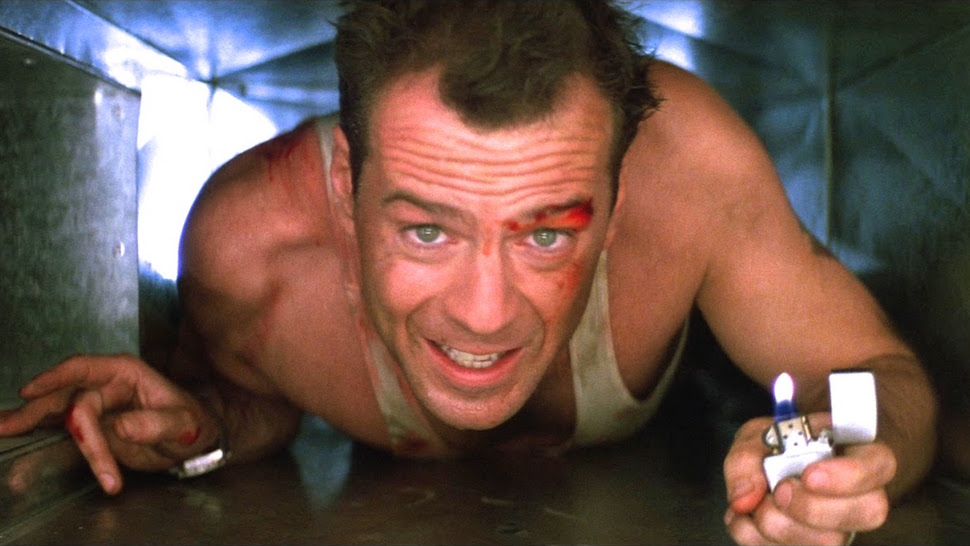 Every holiday season, we here at Esquire gather around the TV and watch our favorite Christmas movie: Die Hard. It combines all the great Christmas traditions, like shirtless, screaming Bruce Willis, Alan Rickman, and "Yippee-ki-yay, motherfucker." Even watching the original trailer, Die Hard is very clearly advertised as a Christmas movie. There's even a guy dressed as Santa and a 'Ho Ho Ho!'!

Unfortunately, Willis himself doesn't think so. Last night, Comedy Central taped its roasting of Bruce Willis, and the actor closed the night by declaring "Die Hard is not a Christmas movie!" As the Hollywood Reporter writes, "Asked afterward how he thought that assertion might go over with a portion of fans who insist the action pic is a holiday film since it takes place on Christmas Eve, Willis said, 'We'll see.'"

So, it certainly seems like this debate is far from over. Regardless, we'll be continuing with our holiday tradition this year.

The Bruce Willis roast will air on July 29, which also reportedly included a very awkward appearance by Dennis Rodman, who was booed throughout his entire bit.

Tom Hardy Says His Upcoming Venom Film Is "A Bit Like Ren And Stimpy, You Know?"

Movies Based on Books Take in Much, Much More Money at the Box Office
All Photos
Comments
View As List