Thing is, it follows a pattern of Marvel referencing the private parts of its characters.

About a fourth of the way into Captain Marvel–and I can’t believe I’m writing this–Samuel L. Jackson deliberately inspects an alien’s penis. Of all the things I expected to see in Marvel’s latest entry to their never-ending Avengers saga, I never thought it'd be something as bewildering as an alien genital exam.

Captain Marvel is the story of Carol Danvers, a U.S. Air Force officer who is imbued with incredible powers as the result of an explosion of an alien device. In the movie, a green-skinned, elf-like alien race called Skrulls—not the same aliens whose device gave Captain Marvel her powers—arrive on Earth and a shapeshifting infestation breaks out. Eventually, the green guys and the humans are shooting guns at each other and one of the Skrulls is killed.

Carol Danvers, or as she calls herself in this portion of the film, Vers, is tracking down information at a government facility with Samuel L. Jackson’s Nick Fury, and there’s a brief autopsy sequence where Fury, a SHIELD operative played by Ben Mendelsohn, and a medical officer are examining the dead Skrull’s splayed-out body.

After the doctor leaves, Fury gets an odd look about him. Gingerly, he reaches for the sheet covering the Skrull’s lower half, and the two super-spies, Fury and Keller, take a long gander at the dead alien’s concealed junk. Of course, we don’t get to see the cucumber in question, but by Jackson’s performance, we can tell that Earth’s gravity is by no means negatively affecting the hung-ness of this deceased space man.

Some of the audience chuckled, but the bulk of us, like me, sat there in bewilderment, as if we were all thinking: What is going on? 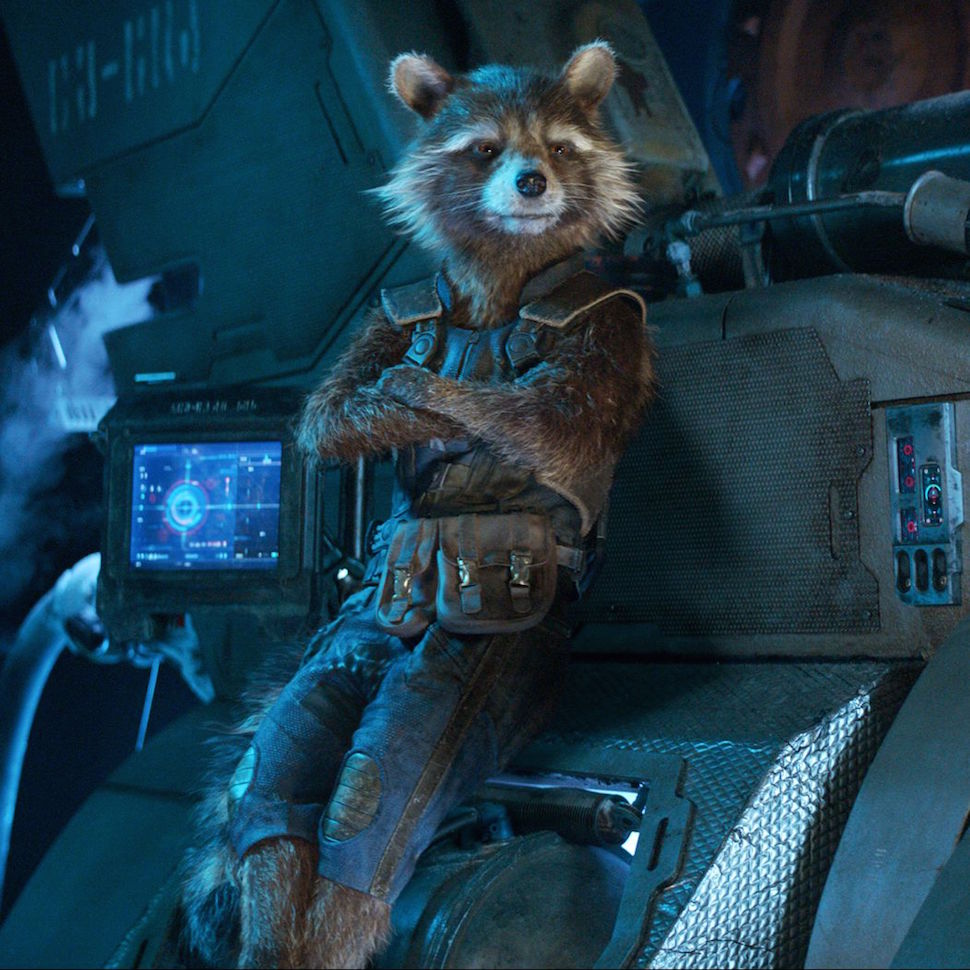 I couldn’t believe my eyes, and had to tweet about the scene on my train ride home to confirm that it really happened. Folks either commented with their own confusion, or asked: If you had a dead alien cadaver, wouldn’t you want to see what’s going on down there? They’ve got a point. I can surely relate to Fury’s curiosity, but, seeing that I was sitting in a theatre full of teenagers and children watching a Marvel movie, and all of the sudden there’s an alien dong, the whole experience just felt downright baffling.

The moment is not unlike a similarly astounding sequence in 2018’s Avengers:Infinity War where Rocket Raccoon comments on the prepubescent Groot’s “twig.” Later, Raccoon says, “Ever since you got some sap you’ve been such a d-hole,” once again forcing the audience to think about the tree-creature’s junk.

Marvel has a way of wedging in these quick little mentions between big climactic scenes, and glossing over them so quickly that they almost feel like those infamous sexual images that artists were subliminally sneaking into Disney animated films like Aladdin way back in the day. The Skrull penis scene in Captain Marvel is followed immediately by a sincere moment in which a friend mourns the loss of his old ally, making the whole sequence feel very unnerving, since we all just got a mental image of the slain soldier’s emerald-colored dong.

I wish I could say this was the first time Marvel has summoned up some green private parts. But, if you saw Thor: Ragnarok, you’re still probably trying to get the image of Hulk’s huge green ass cheeks out of your head.

The Very Good Captain Marvel Kitty Will Play a Major Role in Avengers: Endgame
All Photos
Comments
View As List