Goose is up there with Korg as one of the best MCU characters.

ad I sat down in the theater this week and watched nothing but 72 minutes of Brie Larson and Samuel L. Jackson playing with a little ginger kitty, I would have been extremely satisfied. Along with the objectively badass Captain Marvel, the movie introduces one of my new favorite characters in the MCU: Goose the cat, whom I'd rank up there with Korg, Idris Elba's Heimdall, and Cate Blanchett's Hela.

As we learn in Captain Marvel, Goose isn't any regular house cat. Goose is a Flerken. As shown in the film, Goose the Flerken has a number of interesting traits, including horrifying tentacles and teeth able to swallow entire objects and people whole. Still not sure what a Flerken is besides something more frightening than your average house cat? The Marvel wiki describes the Flerken as aliens that resemble "Earth cats in appearance and behavior. They could lay up to 117 eggs and possessed a myriad of tentacles that could extend from their mouths. Their bodies also held pocket realities, bubbles of space and time that existed in other worlds."

In the comics, the Flerken was called Chewie, first introduced in Giant-Size Ms. Marvel #1 and appeared in a few issues of Kelly Sue DeConnick's Captain Marvel series as Carol Danvers's furry companion.

As we see in the film, Goose is pretty damn useful beyond messing up bad guys and ripping out Nick Fury's eye. Goose is conveniently able to swallow the Tesseract and store it somewhere inside its adorable furry belly. In the second post-credit scene in Captain Marvel, we see Goose scamper across Nick Fury's empty desk and cough up a Tesseract like an extremely important hairball.

Now, we've learned so far in the MCU that the Tesseract contains the powerful Space Stone, one of the Infinity Stones that powers Thanos's gauntlet that killed half the universe. So where and when was Goose coughing up the Tesseract? 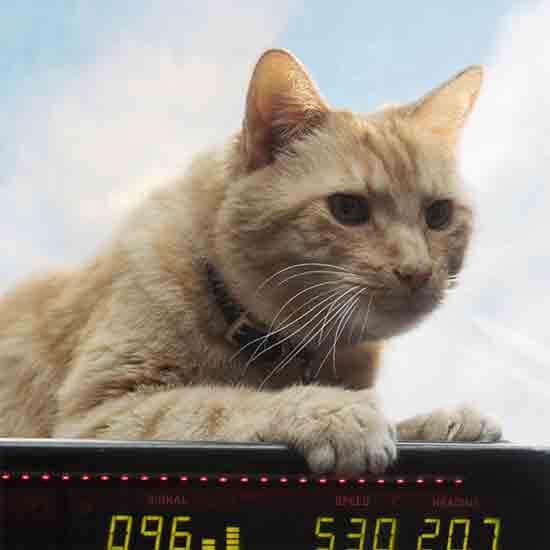 My theory here is—given the empty desk and the post-snap credit scene that plays before it—that Goose coughs up the Tesseract sometime after half the universe is dusted. So how did the Tesseract get there if the Space Stone was destroyed when Thanos used his gauntlet?

Well, as the Marvel wiki explains, "The species are said to be able to store entire universes within their mouths, with which they can access and store a great many of things within to draw upon at will ... the sub-spaces within themselves can also be used as a means of instantaneous transportation, the process can be messy to say the least however."

Now, dimensional travel has long been theorized to be one key tactic the Avengers will use to reverse the dusting. One would think that if the Flerken had stored the Tesseract within an alternate dimension it might have been able to somehow recreate a new one after the dusting. If that's the case, our sweet little kitty just provided the Avengers with a powerful tool to help reverse the dusting and stop Thanos. And, since Captain Marvel appeared back on Earth in the first post-credit scene, she might know exactly which kitty might have access to a soul stone somewhere in its belly.

Director Erik Matti to Filipino Audiences: "Give Our Films a Chance"
All Photos
Comments
View As List