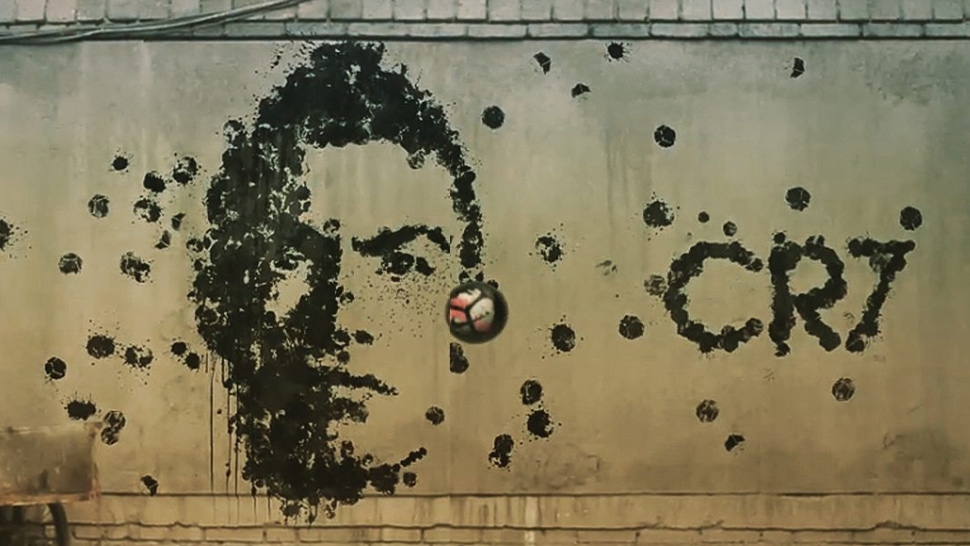 It turns out that ideas and innovation company AKQA Shanghai's executive creative director is Filipino. "His name is Eric Cruz. He [seeks] to involve Filipino talent when he can," AJ explains.

Not that being Filipino is the ony qualification. AJ—a former art director for Ogilvy & Mather—had done design work for Nike in the past, as well as Jordan Brand, Adidas, and Uniqlo.

AJ's art work was added post production, but he reveals that the process was still pretty challenging. To do the "portrait," AJ started by dipping a real ball into black paint.

He explains, "I basically dipped the ball in the black paint then created multiple marks on paper. Then, I scanned in dozens of those marks. From there I chose several to use as brushes in Photoshop. Based on imagery of Ronaldo provided by AKQA, I then 'painted' his face using the ball marks."

AJ adds, "In a perfect world, we would have had some real people kick the ball into the wall and paint his face that way, but I'm not sure if anyone in this world has enough football skills to do that."

"The whole process took almost a month due to the back-and forth," reveals AJ. Finally, the video was done and subsequently approved by Nike in China and Nike Global in the US. 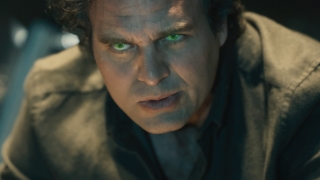 According to Mark Ruffalo, a Hulk Movie "Will Never Happen" 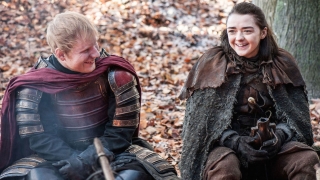