Everybody has a favorite Christian Bale. There's his Batman with a million abs. There's the dad bod of The Big Short. Maybe you're kind of a sicko and are into his trim American Psycho look or his emaciated Machinist physique. Bale is known for transforming his body—in extreme, often sickening ways—for every role he takes.

But his most baffling transformation yet is the 44-year-old English actor becoming an overweight American warmonger. Bale shaved his head, bleached his eyebrows, gained 40 pounds, and also reportedly did exercises to thicken his neck to become Dick Cheney, the notorious former vice president who happily dragged the United States into an ill-advised war, spied on Americans, and helped instigate waterboarding as a torture technique during the Bush administration.

“What Christian Bale really does is he psychologically breaks someone apart and puts them back together again,” McKay told Deadline. “I’ve never seen someone work so hard at it, and it is hard on him, but really amazing to watch. The second I thought of doing the movie, I knew right away, the most exciting person to play him is Christian.”

The first trailer for Vice looks like another one of McKay's satirical dramas, with Bale's Cheney as a sadistic and manipulative force in the shadows pulling the puppet strings of Rockwell's bumbling and dim Bush. So, in other words, an accurate portrayal of reality.

The movie is due out on Christmas. 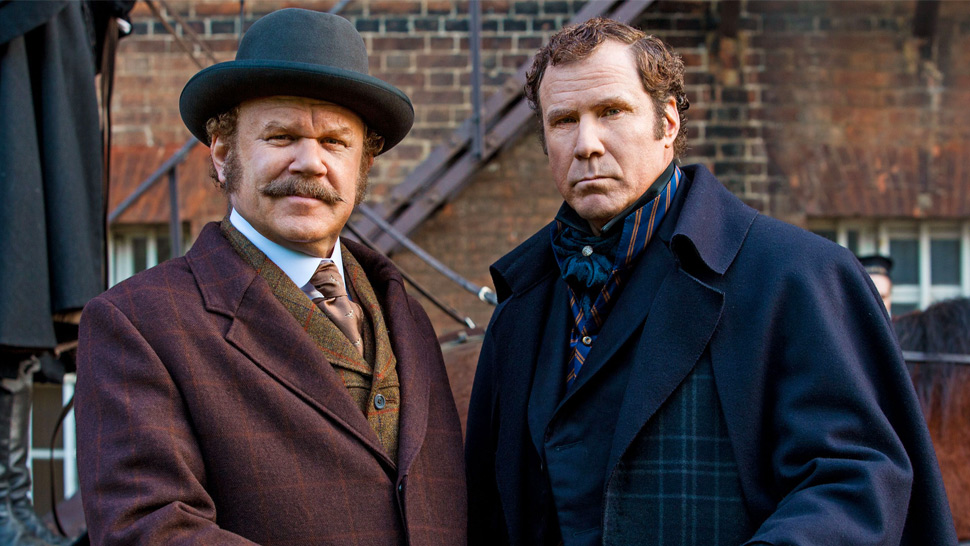 Move Over, Cumberbatch and Downey Jr., Will Ferrell is Sherlock Holmes Now
All Photos
Comments
View As List