After an 18-year hiatus, the master filmmaker delivers another bold and relevant movie.

Those familiar with director Mike De Leon’s body of work will notice that, although his narratives traverse various genres and tones, there are common themes that stitch them together. When you watch a De Leon film, there’s always an impending sense of dread that hangs heavy on his characters’ shoulders. His protagonists—whether she’s a sexually abused daughter (Kisapmata), a nun finding herself entrenched in the infectious energy of a country’s unrest (Sister Stella L.), or a neophyte whose soul is slowly being devoured by the fraternity he’s chosen to pledge for (Batch ’81)—are always stuck, fighting the shackles they’re bound to yet finding that fate has a different plan for them.

Citizen Jake, De Leon’s comeback flick after an 18-year hiatus, is no different. But it’s a bold and relevant addition to his canon and that of Philippine cinema that asks moviegoers to break away from the vicious cycles that plague both society and their personal lives.

Jake Herrera (played with surprising bravado by Atom Araullo) is a journalist who comes from a privileged family. Because of his father’s ties to the government, he’s forced to relegate his work to a personal blog, a medium that the padre de pamilya, Jacobo Hererra Sr. (Teroy Guzman), is not particularly pleased with. His equally atrocious big brother Roxie (Gabby Eigenmann in a hilarious and effective turn) is uncool about Jake’s chosen profession as well, begging for attention from the patriarch by using quotes from The Godfather franchise. You see, daddy is in office and has friends in high places, untouchables whose buttons Jake is constantly pushing with his writing.

To try and escape his father's shadow, he relocates to the misty city of Baguio, where a vacation house he once shared with his estranged, alcoholic mother acts as a sanctuary, dreamy and desolate, a venue where his personal demons manifest themselves into vivid nightmares and telling hallucinations.

Up there, far from the clawing noise of Manila, he has built a small circle of comrades and confidantes to keep him company. There’s Jonie (Luis Alandy), his childhood friend, a Baguio “pony boy” who he sees as a brother. For some nuggets of wisdom, he turns to Lucas (the always amazing Lou Veloso), a former hippie turned professor, a virtual poet who has leftover angst from the Marcos regime. And, of course, there’s Mandy (Max Collins, a goddess on the silver screen), a passionate teacher who is also Jake’s lover. These are the people that serve as Jake’s safety net, chosen family that substitute those he is ashamed of. But when a brutal and disturbing crime involving one of Mandy’s young female students comes to Jake’s attention, he starts digging around where he’s not supposed to, and what he finds might just lead him back to himself, a destination he isn’t really willing to revisit.

De Leon has certainly found a worthy vessel in Atom Araullo, whose Jake is ferocious and detached and complex. Araullo couldn’t have asked for a better breakthrough role, one that feels important, especially to the industry he has helped foster and moves around in. He is expressive and angry, and communicates the right amount of physical, mental, and emotional distress needed for the character to be considered iconic. His maestro has fashioned enough metaphors for a lead actor to use to his advantage. The setting, the Baguio rest house, is a symbol for Jake's internal self: seemingly pristine and put together, but filled with so much trauma and sorrow, spectres walking its halls amongst the living. Araullo is sparring with vets and he holds his own.

It’s fascinating to witness De Leon create in these modern times. He has, after all, always been a modern artist. Always pushing forward. Always ahead of the curve. Always unafraid to speak up and out and loud. This is all apparent in Citizen Jake, where he uses contrasting styles that would normally be jarring, but here they somehow work. He starts the movie out with a monologue from Jake, meditating on the fluidity of time, on the illusion of opacity where fact and fiction are concerned. It’s a trick that sets the mood for the chapters about to unfold, for the unsureness you’re sure to feel post-credits.

In between traditional takes, he splices in behind-the-scenes footage of the actual production. The dramatic sequences are also laced with archival documents—vintage photos and articles and historical data pay homage to a Baguio that once was, of an era we may never again experience. The genius behind any De Leon movie is that they operate on multiple levels. It’s both scathing drama and social commentary. Political yet oh so personal. Grimly funny, but dead serious (you’ll catch yourself laughing at jokes, but then you’ll realize that that joke is on you and it’s not so funny anymore).

De Leon, like the greatest storytellers, deals and dwells in dualities.

He knows that the stories that matter are ultimately about good and evil—of the tangible battle with real-world enemies and the struggle we all wrestle with within. Because, even though many will perceive Citizen Jake as a political outlet, it is, at its core, a drama about identity. Yes, it’s a movie about the cyclicality of violence and corruption and our inability to confront these hardened aspects of life. But it’s also a tale of familial ties and the consequences of one’s choices. Of how sometimes, when we search for the truth and combat our villains, we end up becoming that which we’ve loathed the most. And when that happens, it might be very difficult to go back. 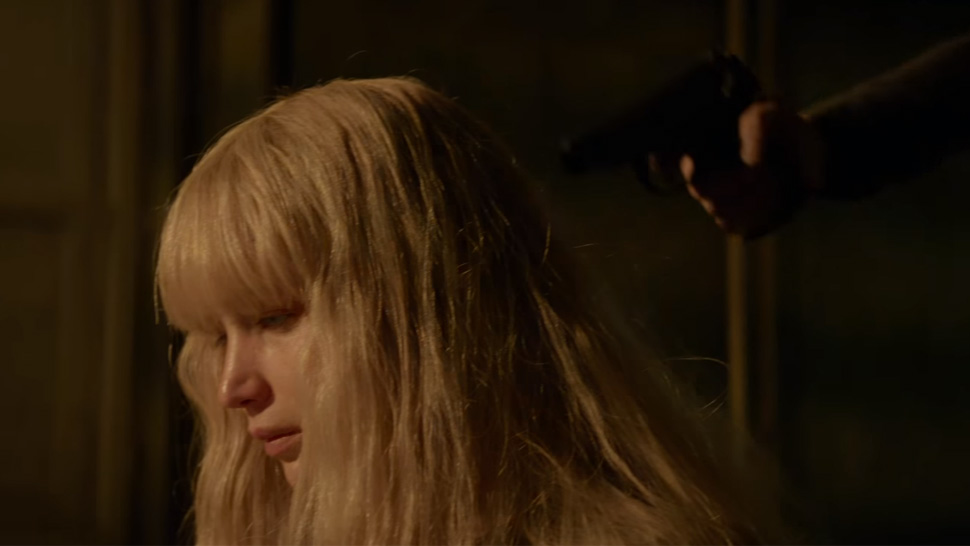