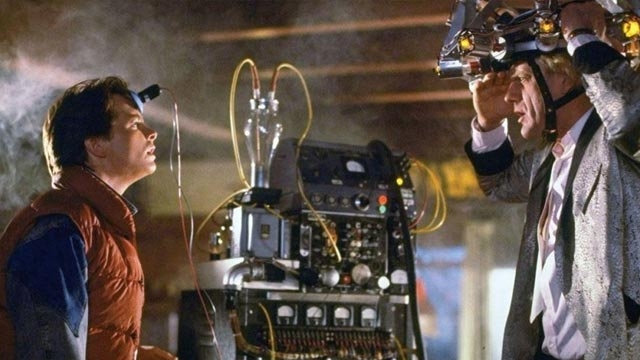 In this era of expanded universes, remakes, and mega-franchises things are bound to get complicated. Linear timelines are all very well, but why make your movieverse sequential when you can catapult it into the future, retcon the past, introduce a whole alternate history and leave audiences crying, "Wait, what?"

These are the franchises that messed with the timelines—and our heads—the most. 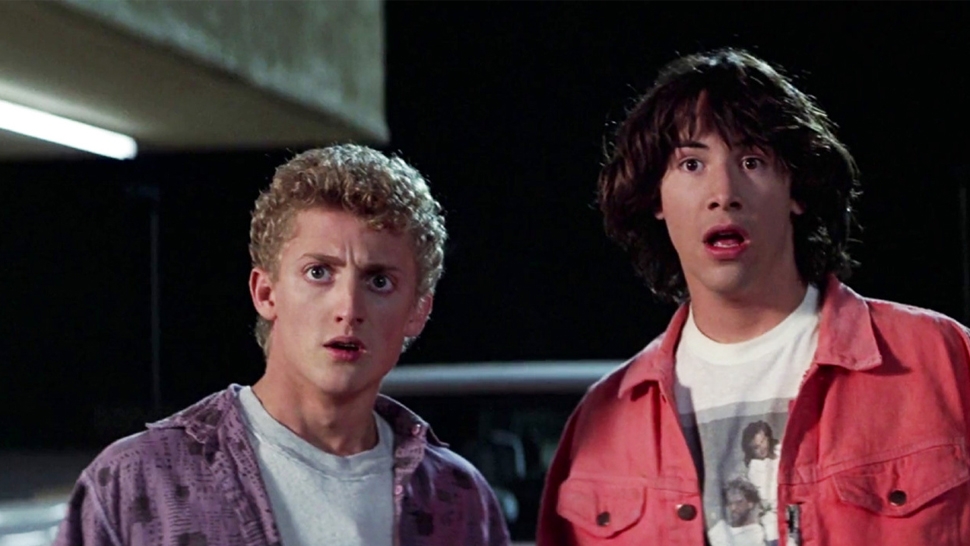 X-Men
The X-Men timeline is so bleedin' complicated that even Hugh Jackman, who's appeared in all the movies except Deadpool, gets frustrated.

"[Following the timelines] becomes a chess game that you try to serve, which actually doesn't help to tell a story and it's sort of been a bit all over the place," he told Digital Spy.

So as far as we understand it:

The first three X-Men movies to be released—X-Men, X2 and X-Men: Last Stand—exist in one timeline. X-Men Origins: Wolverine also exists in this timeline and tells the story of, you guessed it, Wolverine's origins. 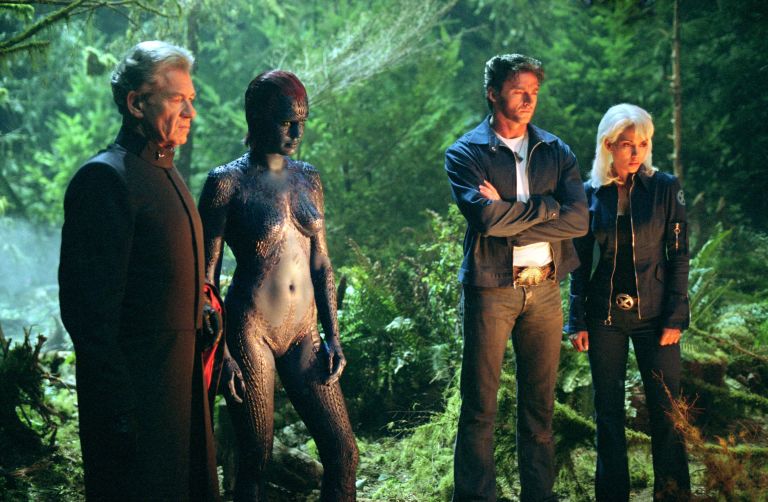 X-Men: First Class is a prequel along with X-Men: Days of Future Past (a sequel to that prequel) which retcons X-Men Last Stand and arguably X-Men Origins: Wolverine by erasing both from history and making the Deadpool movie possible—because Ryan Reynolds plays Deadpool in both films but as a very different character in each. This is also how we can have a Dark Phoenix movie.

X-Men: Apocalypse carries on from Future Past in the timeline of First Class and Days of…—i.e. in the '80s—but doesn't revisit the changed future. 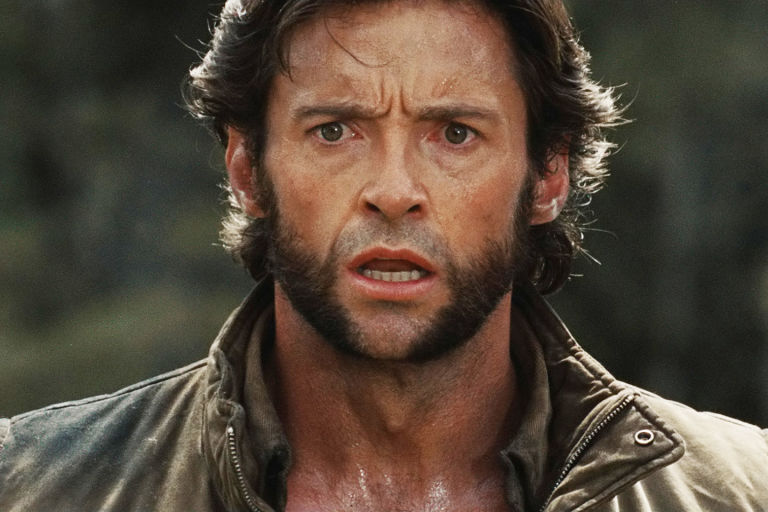 The Wolverine leads directly into Days of Future Past and Logan...well, Logan just does its own thing.

And how about Gifted? Frankly we have no idea and neither does the cast...

Saw
You thought Saw was just a series of increasingly horrible torture-porn movies about a dude who wants to play a game? Ha! Wrong! You lose! In fact it's an increasingly complicated, flashback-heavy nightmare which is difficult to keep tabs on even if you binge-watch it all in one day.

To explain it all in detail would take an entire feature [and you're in luck! Here's a taste of what you're dealing with:

Saw IV takes place during the events of Saw III (which you don't realize until the very end). Saw V starts a minute after Saw III ends. The end credits of Saw VI reveal an event that took place between Saw II and III. Oh and Jigsaw (Tobin Bell) himself has actually been dead since Saw III, though that doesn't stop him popping up every movie—he's back again for the new one Jigsaw, out on 27 October. 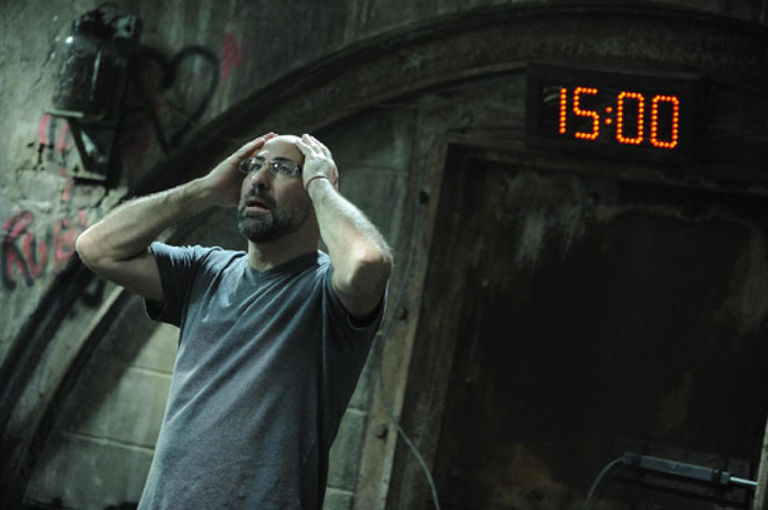 The Fast and the Furious
Another franchise which looks deceptively simple yet isn't, mainly because Tokyo Drift—a.k.a. Fast and Furious 3—killed a main character, Han, who fans really liked. So instead of carrying on chronologically from 3, the series makes 4, 5 and 6 prequels to 3, only carrying on from 3's climax nine years later in 7.

To recap, the order the Fast and Furious series runs in is: 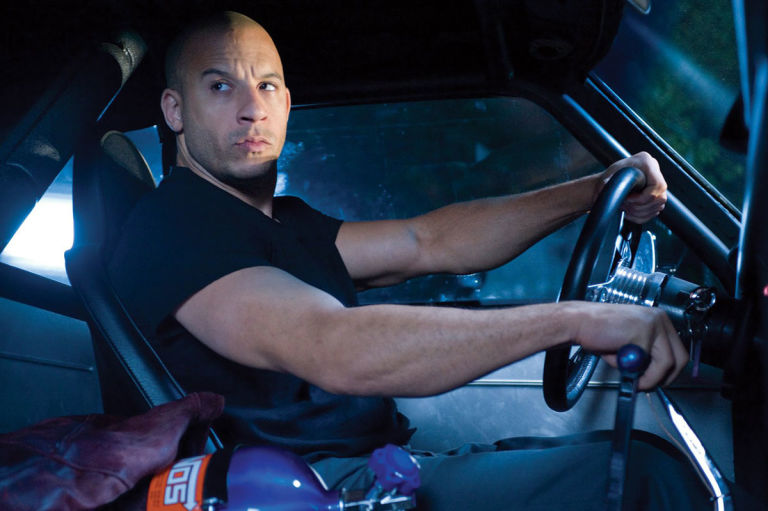 Terminator
A movie about time-travelling killbots who want to change the future by murder was never going to be straightforward.

The initial complexities were caused by people from the future coming back and creating or altering their own futures, like Kyle Reese becoming his personal past boss's future dad.

The third starting making things more complicated, erasing the possibility of a happy future and saying that Judgement Day (and thus a million Terminator sequels) was inevitable, and though the fourth was blissfully time-travel free, then came Terminator: Genisys.

The universally hated fifth film basically retconned and eventually erased all the (superior) movies that came before and left the franchise like a flaming trashcan filled with everything we loved about the franchise.

James Cameron will be back for Terminator 6 to see if Linda Hamilton can help him to put it out. 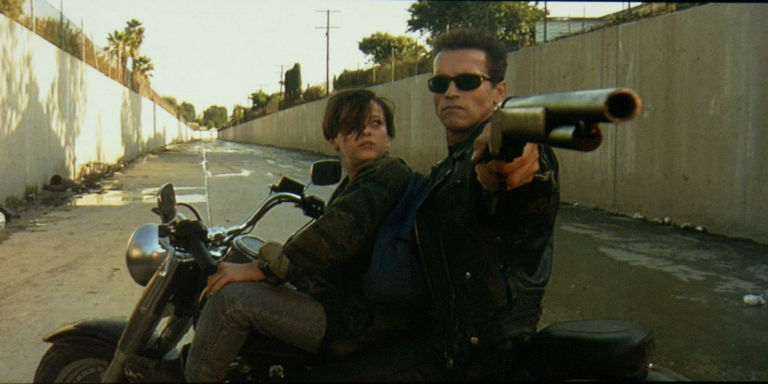 In the first movie, Charlton Heston leaves Earth in a spaceship, hits some sort of light-speed relativity problem and crash lands on…(spoiler) EARTH! But in 3978, when it's been completely taken over by intelligent apes.

In the second film, this world ends, but in the third we learn that two intelligent apes have escaped in a spaceship, hit some sort of light-speed relativity problem and crash landed on…(spoiler) EARTH! But in 1971.

They die but are succeeded by a son named Caesar, who goes on to lead an ape uprising which will eventually turn the planet into a planet of the apes! 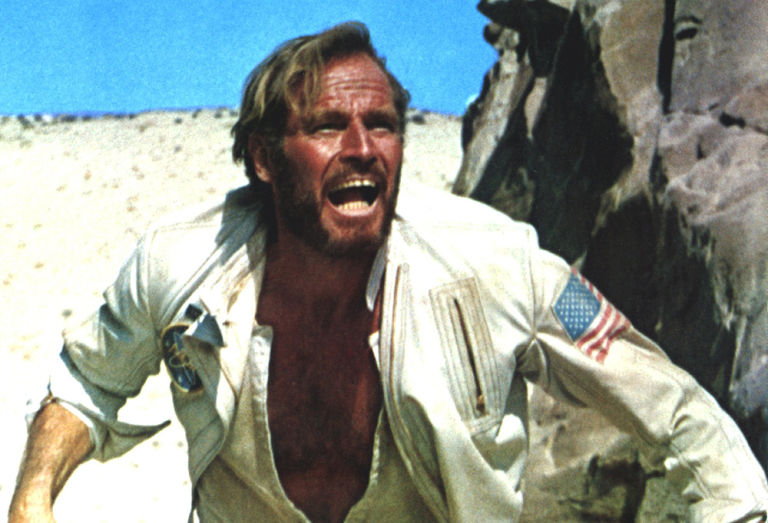 Highlander
Highlander gets off to a terrible confusing start by casting French actor Christopher Lambert as the titular Scotsman Connor MacLeod, while Scotland's most famous acting export Sean Connery made a rather weak effort at playing Egyptian-born immortal swordsman Juan Sánchez Villa-Lobos Ramírez.

In a world of immortals who are also aliens, flashbacks are an everyday occurrence. Between six movies and two television series and a timeline that stretches over 10,000 years of history, it demands a mind of much vaster capacity and nerdery than ours to keep it all straight.

And don't even get us started on there being two completely different stories of Connor and Ramirez meeting for the first time. Something to do with reincarnation, apparently. Didn't you pick that up? 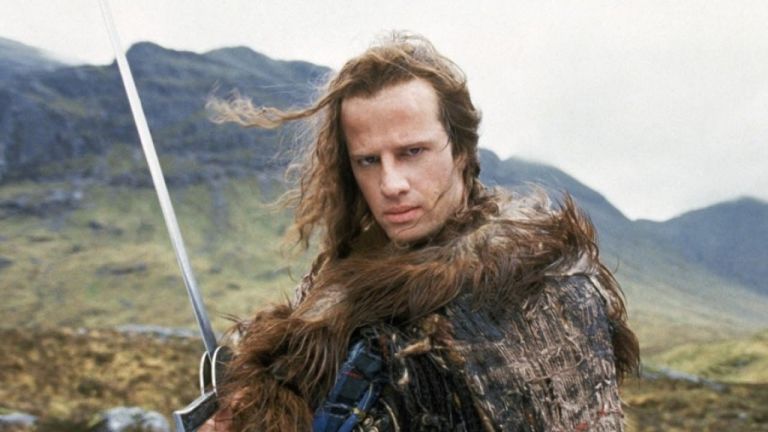 Back to the Future
Though there are only three movies (plus the short Doc Brown Saves the World) in the franchise, its time-travely nature means it's actually pretty complicated.

As Doc Brown explains in Back to the Future II, the rules of time travel in this franchise dictate that every time a time traveller alters a significant event in the past a new alternative timeline is created and the old one erased (while the time traveler alone remembers the previous one) 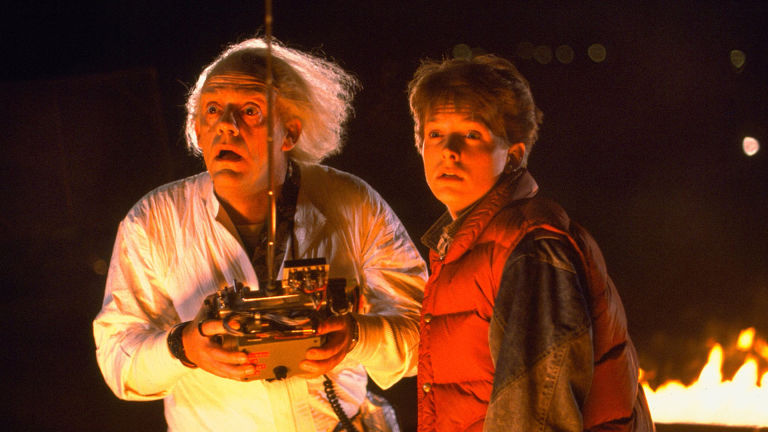 In the first film we see Marty head to the '50s where his mom almost falls in love with him instead of his dad, thereby almost creating a new timeline in which Marty doesn't exist (it's okay in the end).

In BTTF Part II Marty, Doc and Marty's girlfriend Jennifer head to 2015 to prevent their future son from committing a crime. But before they have a chance to do it, future Old Biff steals the Delorean and delivers a sports almanac to himself in 1955, allowing past Young Biff to become extremely rich in the future. Cross-timeline hijinx ensue featuring multiple Jennifers, before Marty eventually manages to steal the almanac back from Biff in 1955—though a lighting strike sends the Doc back to 1885 and leaves Marty stuck in 1955.

Part III sees Marty visit 1955 Doc to help him fix the Delorean, which the Doc, stuck in 1885, has left hidden for him. Marty goes back to 1885, saves Doc from being murdered and manages to get back to his own time (1985) with help from a locomotive. Doc stays in the past with a woman called Clara from 1885 he's fallen in love with—though he later visits Marty in 1985 with Clara (now his wife) and a couple of kids in tow.

Easy peasy. Unless you think about it too much.

Pupper Master
There are not enough hours in the day to explain in detail the convoluted timeline of the Puppet Master franchise and its Demonic Toys crossover, which jumps all over the shop including a prequel set Paris in 1902 and an instalment which is basically just clips from several of the previous movies. Fortunately, some kind soul on Letterboxd has sorted out a chronological watching order for you. 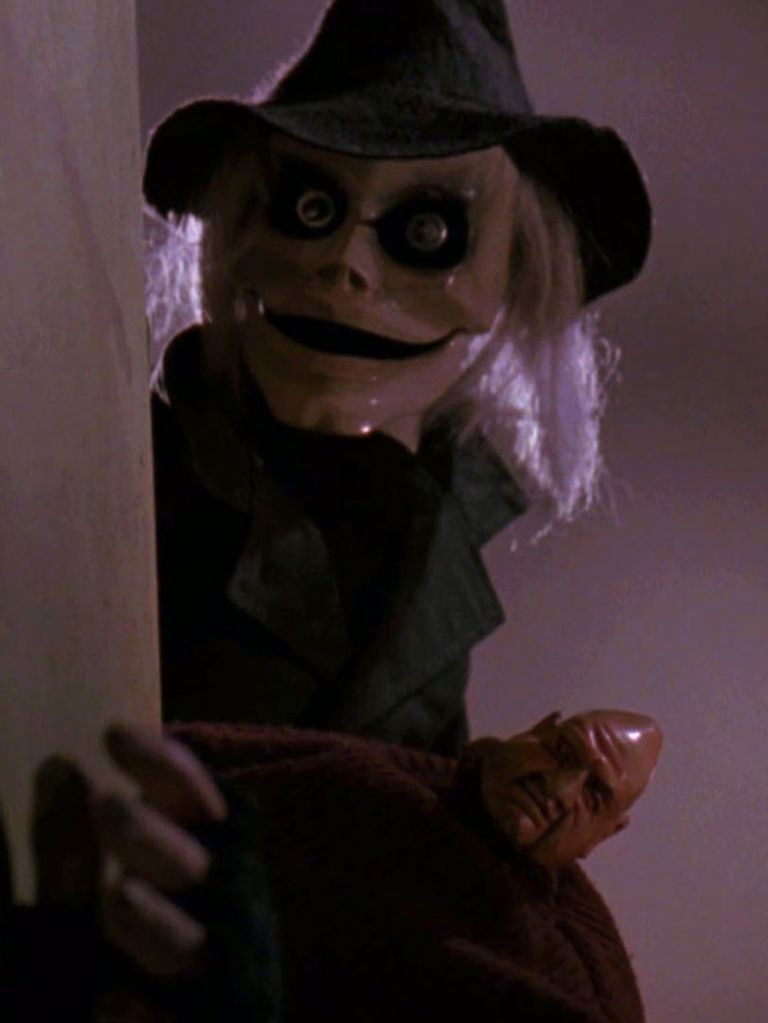 The 5 Most Satisfying Villain Deaths on TV