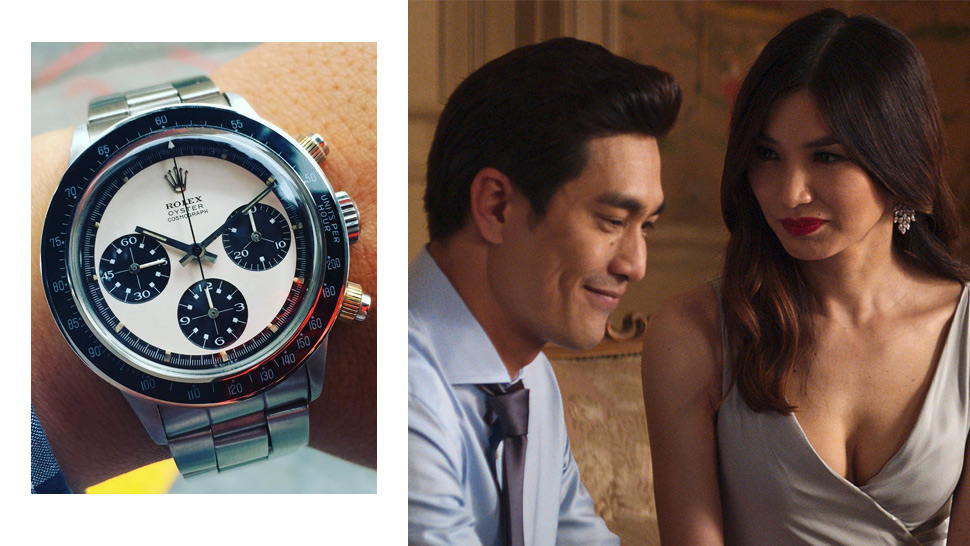 This article contains very mild spoilers. Nothing that gives away important plot points, but, you know, some people are pretty persnickety about spoilers, so let those people be forewarned.

Jon Chu's Crazy Rich Asians, a film adaptation of the bestselling Kevin Kwan novel, has been recognized for its impressive attention to detail, which is displayed in the multi-metaphorical mahjong scene at the end. But there's another small part of the movie that shows just how thoroughly the movie was made: Moments after the character Astrid Leong (Gemma Chan) is introduced, she is shown gifting her husband Michael (Pierre Png) with a watch. The film then cuts very briefly to a close shot of the watch itself, which enthusiasts would recognize at first glance: a 'Panda' Rolex.

The watch has been given the 'Panda' nickname, of course, because of the color of its dial: white with black registers. Fittingly, the panda is an emblem of China—recognized everywhere and revered among the Chinese. Its black and white fur is said to symbolize the Chinese concepts of yin and yang, and the bear's calm and laid back demeanor is said to be a result of the balance of the two. The panda is even featured on a series of gold and silver bullion coins issued by People's Republic of China. There's little doubt that this was an intentional choice for the film, which was gloriously unapologetic about its references to Asian culture.

But apart from the reference of the panda dial, the watch itself tells a story about the production. Galerie Magazine reports that Kevin Kwan himself acquired the watch as a loan for the movie. Kwan got in touch with Eric Wind, a watch specialist at the British auction house Christie's, asking for "a watch that would impress even watch collectors." So Wind reached out to a Singaporean collector who recently bought a rare original "Paul Newman" Rolex Daytona. But that original Newman Daytona was far too valuable to be loaned out (it went for $18 million at auction a few months later), so instead, they got a Mk1.5 Oyster Newman Ref. 6263, worth about $700,000. This was the watch that Astrid gave Michael.

At that price, of course, the lot of us could only wish for it as a gift—perhaps from our own Astrid Leong. But if we were so lucky, we're absolutely certain that we'd treat her better.