First, let’s have a moment of silence for Iron Fist. Despite the second season being arguably better than most of Marvel Netflix’s current slate, it simply may not have been enough to recover from the damage done by an abysmal first season, and has consequently been canceled by the streaming giant. It’s a shame because Iron Fist had finally turned into something potentially wonderful, hopefully Colleen and Danny find their way into cameos in other Marvel Netflix shows. That being said, it’s time to take a look at a real gem of a series: The third season of Daredevil is, almost without question, the best Marvel Netflix show yet.

Netflix has announced that Luke Cage has also been canceled, a week after announcing the demise of Iron Fist. It’s a shame, but ultimately, the Marvel Netflix universe starts and ends with Daredevil. Given how absolutely stellar the newest season is, the loss of both Iron Fist and Luke Cage—for better or worse—may not even be felt.

The pilot takes place immediately after the events of The Defenders, where Daredevil appeared to have been crushed by a collapsing building. The pilot resolves that rather quickly in the opening moments and a nearly dead Matt Murdock (Charlie Cox) is serendipitously delivered to the orphanage where he was once raised. The Catholic Murdock has deus ex machina on his side, as always.

Loosely based on the Daredevil Born Again comic storyline written by Frank Miller, season 3 sees the return of the Kingpin, played to terrifying perfection by Vincent D’Onofrio. The Kingpin is an unparalleled villain, more menacing than perhaps any live action Marvel villain in history including even Thanos from Avengers Infinity War. While Jessica Jones’ Kilgrave (David Tennant) was also a frightening adversary, his scope was far too small and his terror more intimate. The Kingpin is on a whole other level of sinister, and he brings all his cunning and resources to bear as he sets about destroying Matt Murdock completely.

By Matt Murdock, we mean Matt Murdock and not just Daredevil. Comic readers familiar with Born Again know the pivotal plot point where The Kingpin discovers who Daredevil is. It happens quite differently on the show, but the end result is the same. The Kingpin goes after Daredevil with everything he’s got, and the results are devastating. The show manages to demonstrate Kingpin’s absolute mastery of the long game, thinking so far ahead of everyone else that he has managed to game the legal system and essentially manage to have an entire government agency to do his bidding.

There aren’t enough praises for D’Onofrio and how he has given life to Daredevil’s greatest foe. 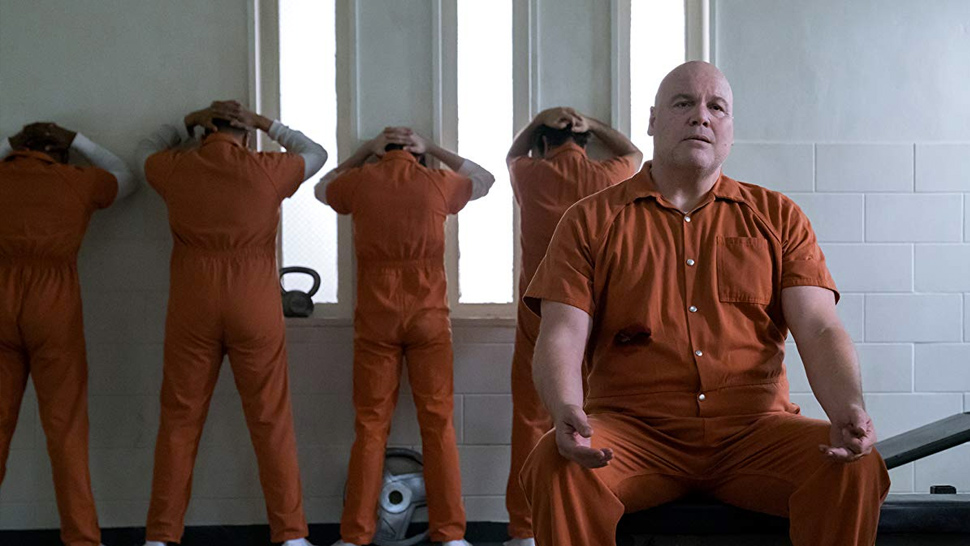 Vincent D'Onofrio oozes evil as the Kingpin, in a show-defining performance. IMAGE: courtesy of Netflix

There aren’t enough praises for D’Onofrio and how he has given life to Daredevil’s greatest foe. Credit must also be given to showrunner Drew Goddard, who has managed to weave an incredible tale of revenge, loss of faith, and redemption.

In the meantime, the quality of Marvel Netflix shows have always been corollary to the strength of its villains, and there simply isn’t a villain more compelling than The Kingpin. The menacing mob boss may be the dark and powerful center of this season, but Goddard also manages to seamlessly introduce a fan favorite villain many expected to appear in Season 2. The way Goddard has intertwined Kingpin with Bullseye’s (Wilson Bethel) origin is incredibly clever and only serves to bolster how terrifying both men are.

Enough about the villains. Charlie Cox as a disillusioned Matt Murdock who openly mocks God is equally delightful. Having lost faith after the events of The Defenders, specially after losing the great love of his life Elektra (Élodie Yung) yet again, Matt Murdock has decided to abandon any semblance of normal life and fully embrace his identity as the devil of Hell’s Kitchen. The process of healing takes months, as his friends Karen Page (Deborah Ann Woll) and Franklin “Foggy” Nelson (Elden Henson) try to pick up the pieces in the aftermath.

Comic readers familiar with the Born Again know the pivotal plot point where The Kingpin discovers who Daredevil is. 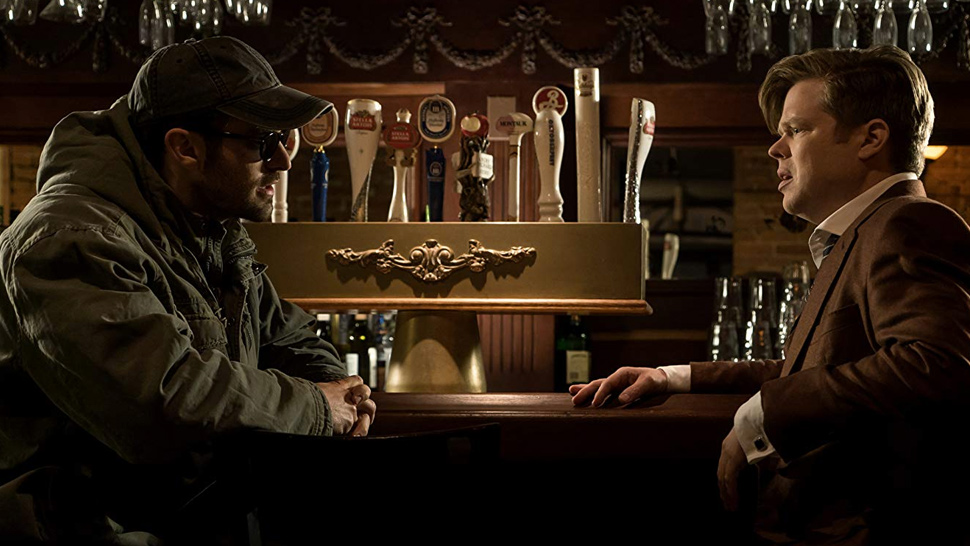 ADVERTISEMENT - CONTINUE READING BELOW
After the events of 'The Defenders,' Matt Murdock (Charlie Cox) and his friends Karen Page and Franklin “Foggy” Nelson (Elden Henson) try to pick up the pieces in the months after. IMAGE: Netflix

Season 3 paints Daredevil at his worst and the Kingpin at his best, on different levels. Matt Murdock with his faith replaced by cynicism and bitterness makes for a meaningless Daredevil, and Kingpin with a purpose and all the resources at his disposal all the while feigning incarceration is the best kind of Kingpin. The tables have turned, and it’s a gripping story that viewers will want to see through the end, despite how uncomfortable it becomes in parts.

There are virtually no clunkers here, and some of the best parts of season 3 are the supporting characters. In particular, the stern, straight-talking Sister Maggie (Joanne Whalley) stands out with her snappy comebacks and potshots as she nurtures and rehabilitates an unrepentant Matt very much like, well, a mother. The series also introduces an audience surrogate who’s clueless about everything but has the best intentions, Rahul Nadeem (Jay Ali) is an honest FBI agent trying to make ends meet and caught in the middle of Kingpin and Daredevil’s all-out war.

Matt Murdock is a true underdog this round, and all his hubris at the end of season 1—where he threatened a freshly sentenced Kingpin—has come back to bite his blind boxing ass. He’s also badly outclassed during his first encounter with a disguised Bullseye.

Daredevil season 3 ratchets up the stakes higher than ever, as the good guys are completely exposed and the villains have the upper hand almost the entire time. One chilling scene has the typically intrepid reporter Karen Page experience true terror as her attempt to threaten an associate of the Kingpin backfires, showing just how much danger our heroes and their families are. It’s a sad and sobering reminder of just how dangerous it can be for the honest and principled in a world run by the unscrupulous and corrupt.

Season 3 promises to raise the bar for all Marvel Netflix shows to follow. From the personal, visceral training scenes where Matt tries to regain full control of his skills and abilities to the deeply masterful mind games of The Kingpin versus everyone else, from the heroes’ struggle to do the right thing in the face of danger to the unhinging psyche of Bullseye, the latest chapter in the Man Without Fear’s saga is the most compelling yet.

Update, 20 October 2018: This article has been updated to reflect recent announcements from Netflix.