Dark Phoenix Is for Fans of the Film Franchise, Not the Comics

But it should deliver a satisfyingly entertaining experience.

Let’s get the biggest question out of the way: Is the Dark Phoenix movie a good adaptation of its source material? No. It never had a chance. But it should deliver a satisfyingly entertaining experience for fans of the film franchise.

It’s impossible to capture Chris Claremont’s indulgent, operatic Dark Phoenix Saga in the span of a single movie. Why, then, has writer-director Simon Kinberg—a self-professed fan of the X-Men comics—attempted to do so twice? Why does Dark Phoenix feel so strangely familiar to X3: The Last Stand, despite Kinberg having had 13 years to correct mistakes he admitted to making in the latter?

Both films betray a lack of understanding of the source material. The heart of Jean Grey’s rise and fall in the comic saga is her tale of heroic sacrifice. At the time, Jean was known to be the weakest member of the X-Men, as is quite literally said by Cyclops in Uncanny X-Men #105. That doesn’t stop her from using her powers to singlehandedly save a space station—even though she would likely die in the process.

At the moment of her death, she collides with the Phoenix Force, which brings her to life stronger than ever. Over the course of nearly three years, Jean—as Phoenix—becomes an unimaginably powerful force for good, albeit increasingly erratic due to the Phoenix Force’s influence. By the time the villainous Mastermind warps her grasp on reality, the corruption is complete. The Dark Phoenix persona emerges, and Jean ends up becoming the sole cause of planetary genocide.

For her crimes, she is brought to trial in an intergalactic court and sentenced to death. The X-Men battle to save her life, and Jean briefly comes to her senses. Eventually, however, she realizes these moments of clarity will be few and far between, as the Dark Phoenix is much too powerful for her to overcome. Rather than risk killing billions more, Jean maneuvers herself to a second death, once again sacrificing herself to save others.

At its core, the Dark Phoenix movie tells the story of how absolute power corrupts, but not absolutely.

Kinberg’s script tackles most of the important plot beats, but the protracted screentime that a single movie affords results in each moment feeling unearned. Because we don’t see Jean struggle to keep up with the other X-Men, we don’t get the full weight of her initial sacrifice. That we don’t see the Phoenix saving lives first makes its corruption of Jean less impactful. Her reasons for sacrificing herself once again don’t bear the same moral depth without her having to deal with the intergalactic repercussions of her crimes.

At the same time, Kinberg is quick to peg the Dark Phoenix persona not as a result of the Phoenix Force itself being corrupted, but of traumas suffered by Jean early on. This changes the core of the story; instead of an individual’s inherent goodness overcoming an evil from within, Kinberg’s scripts (for both Dark Phoenix and X3) posit that evil becomes inherent in all who suffer from it—the Dark Phoenix was a monster just waiting to come out.

With both films hunting down a scared, dangerously powerful Jean immediately after she becomes the Phoenix, she comes off as a cautionary tale rather than the hero she deserved to be.

This isn’t entirely a bad thing. For all its failings, Dark Phoenix’s take on the storyline does bear merit on what it’s telling its audiences. It’s just not the same message the comic it’s based on shares. And for those who have stuck it out with the film franchise since it began 19 years ago, it delivers more of the same things that they’ve enjoyed.

For those looking for an elevation of the franchise, however, you’ll have to look somewhere else. Kinberg’s direction and script are sloppy, with details such as a 2010s-sounding song being performed at a party in 1992, and certain characters being inexplicably capable of surviving in space sans any form of protection. You’ll also see nuanced character arcs set aside in favor of eye-popping action scenes, and a tremendous performer in Jessica Chastain being wasted on an underdeveloped villain.

The rest of the cast appears to coast, reverting to their comfort zones every time they’re onscreen. Even James McAvoy and Michael Fassbender phone it in as Charles Xavier and Magneto, giving us more of the same work they’ve been delivering since 2011’s X-Men: First Class.

But again, this isn’t necessarily a bad thing. “More of the same” works if you’ve had a dedicated audience watching your films for nearly two decades. If you’ve enjoyed all the other movies thus far, you’ll probably have a blast with this one.

Is Dark Phoenix the Last X-Men Movie by Fox?

As the final X-Men movie before Fox turns over control of the franchise to Disney, it’s likely that this will be the last of the “same thing” we’ll be getting for a while. It isn’t the best possible farewell they could’ve given us. Enjoy the Dark Phoenix movie for what it is, and maybe look forward to what rises from its ashes. 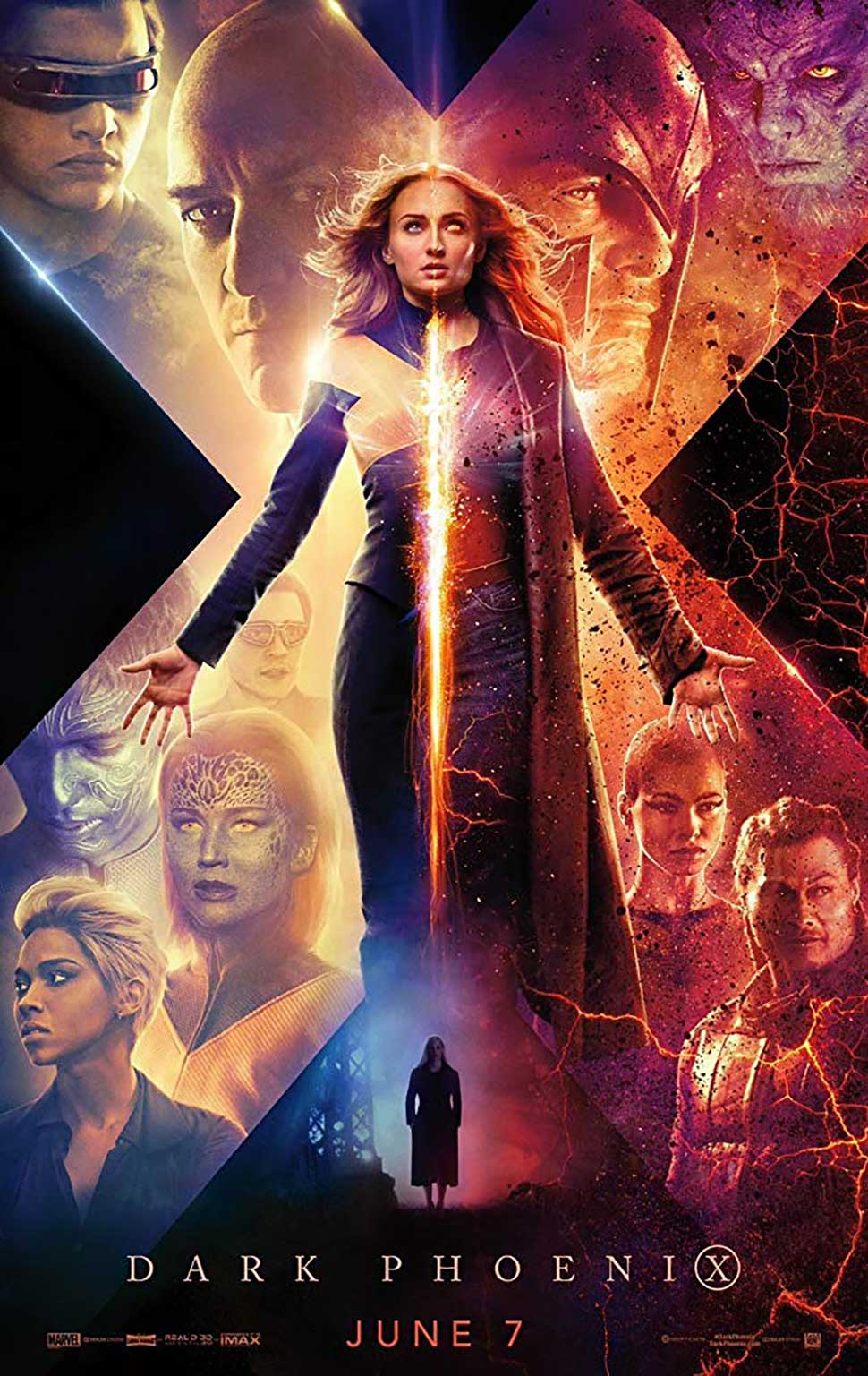 See How The Rocketman Cast Resembles Their Real-Life Counterparts