Attention, all comic book movie fans who came of age in the early aughts: please brace yourself, hold onto something, do whatever you have to do.

A new Variety story reports that Sam Raimi—director of the Tobey Maguire Spider-Man trilogy—is in talks to helm Doctor Strange’s next Marvel outing, Doctor Strange in the Multiverse of Madness. This follows the exit of Doctor Strange director Scott Derrickson from the project due to “creative differences.”

"Marvel and I have mutually agreed to part ways on Doctor Strange: In the Multiverse of Madness due to creative differences. I am thankful for our collaboration and will remain on as EP," Derrickson tweeted on January 9.

If Raimi inks a deal with Marvel, it would, on paper, make even more sense than it did when he was announced as the Spider-Man director nearly two decades ago. Raimi is a horror-comedy master (with Evil Dead, he might as well have invented the genre), which fits perfectly with a Doctor Strange film—a little spooky, complete with Marvel-patented wisecracks. And, of course, his Spider-Man 2 is widely placed in the GOAT category of superhero films. This is a no-brainer.

Here’s everything we know about the sequel so far. But before you read that—let me drop something here. Could Raimi’s Spider-Man 2 establishing the existence of Doctor Strange in its universe, casually pave the way for the Maguire-meets-Tom Holland Spiderverse movie of our dreams?

Who will return for Doctor Strange in the Multiverse of Madness, and will there be any new characters?

According to the same Variety report that broke the news about Raimi’s potential involvement in the project, most of the Doctor Strange cast will return for its follow-up. Of course, the recently un-dusted Stephen Strange, who is played by Benedict Cumberbatch, will lead the movie. Same with Chiwetel Ejiofor’s Karl Mordo, who looked ready to break bad at the end of Doctor Strange. Thankfully, quipmaster Benedict Wong will come back too. The only major Doctor Strange character we won’t see in the sequel is Rachel McAdams’s Christine Palmer, who was Strange’s coworker-turned-love interest.

This wouldn’t be a superhero sequel without a few (too many, likely) new faces turning up. Notably, Elizabeth Olsen’s Scarlet Witch will play a major role in Doctor Strange in the Multiverse of Madness, fresh off her leading role in December’s Disney+ show, Wandavision. And then there are the villains. Let’s turn to Kevin Feige, president of Marvel Studios who recently spoke about the Doctor Strange sequel, for that one.

“The next Doctor Strange film, for instance, features some new MCU characters which will be making their debut in that movie you won’t expect or won’t guess who it is,” Feige said at an NYFA Q&A. “But we found a cool way to make it work because we want to make a particular type of movie there and there was a character who we always wanted to do something with who will fit really well there.”

Of the the thousands of Marvel comics characters Feige could be referring to, our best guess is Nightmare—the spooky, Freddy Kreuger-ish antagonist to Doctor Strange. We’re only going off a Twitter Q&A where Derrickson said he’d like to see the villain in Doctor Strange 2, but it would make sense: Nightmare, who rules the “Dream Dimension” (basically spooky-dream world in the comics), would fit right into what Marvel’s vision appears to be for the sequel.

What will it be about, and when does it take place in the Marvel Cinematic Universe?

Well, our first clue is in the title: Multiverse of Madness. You can bet that—even more than Avengers: Endgame, which is saying a lot—this will be the trippiest, most time-and-universe-hopping Marvel jam we’ve seen yet. At San Diego Comic-Con this past summer Feige said that Wanda Maximoff, a.k.a. Scarlet Witch, would be a major player in Stephen Strange’s next romp. And not only that, her wild, sitcom-looking Disney+ show, Wandavision, would lead directly into Multiverse of Madness.

If you look at the brief glimpse we saw of Wandavision during the Super Bowl, it’s nearly impossible to speculate on how the apparent Full House-riffing series will lead into the self-serious Strange’s next adventure. One thing we do know, though—it’ll be spooky!

“If I’m gonna do it,” then-director Derrickson said at the Comic-Con presentation. “it has to go into the territory that drew me into the Doctor Strange comics in the first place, which is how they dipped into the gothic and the horror and the horrific, and we’re going to make the first scary MCU film.”

That’s where Nightmare, and Maximoff—who’s had a fairly tortured existence in the MCU, via dead brother and dusted boyfriend—could come in, both using their psychedelic, dream-like powers for a creepy spin on the Marvel formula. But who knows what the script will look like if Raimi ends up helming the film?

“I wouldn’t necessarily say that’s a horror film, but it is, as Scott Derrickson, our director, has pitched it, it’ll be a big MCU film with scary sequences in it,” Feige said at the NYFA talk.

Doctor Strange in the Multiverse of Madness will hit theaters on May 7, 2021. Considering that Wandvision is, apparently, required watching beforehand, keep in mind that the Disney+ show will be available to stream this December. But it wouldn’t be the biggest stretch if the MCU timeline-spanning Eternals connects to the Doctor Strange sequel somehow, too. That one debuts on November 6, 2019. And who knows about Black Widow, Shang-Chi and the Legend of the Ten Rings, Black Panther 2, The Falcon and the.... Hey, you still with me? Try to keep up, OK? 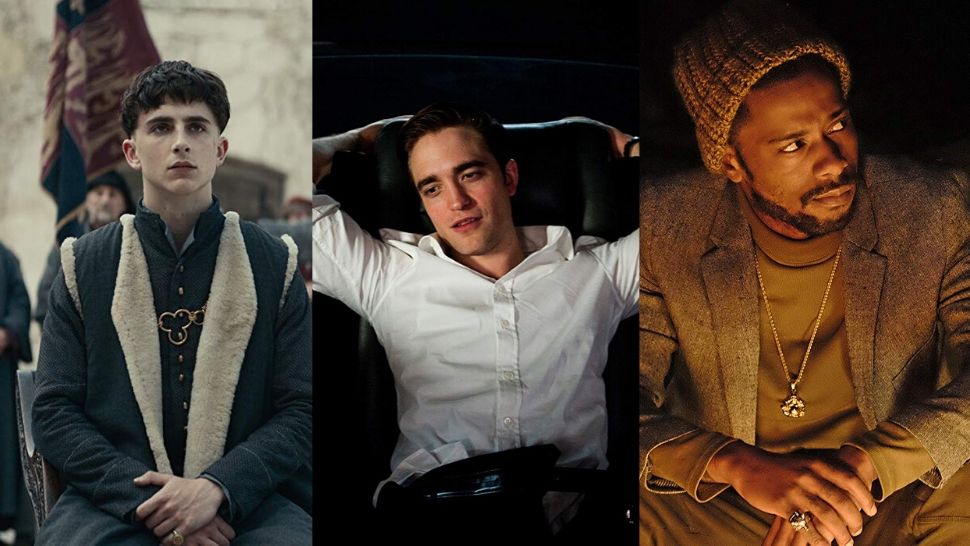