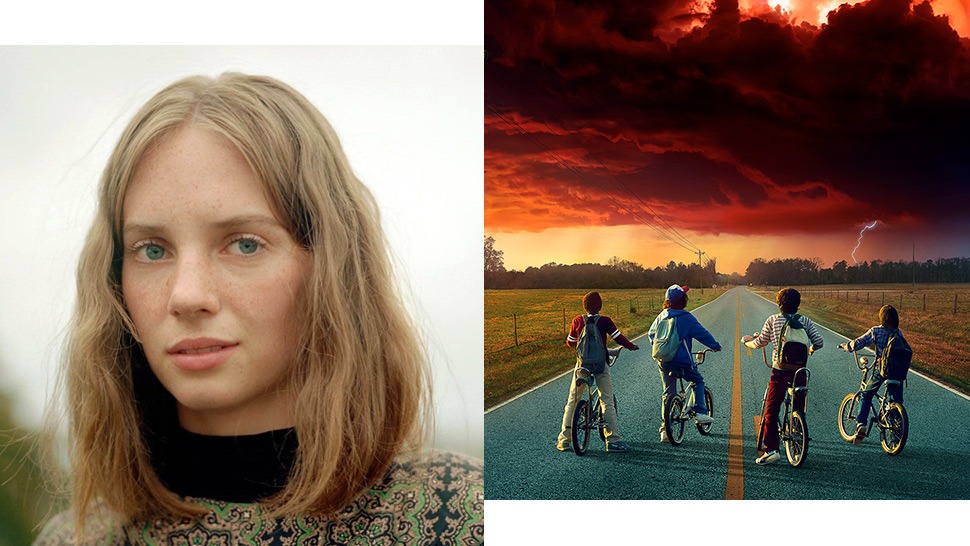 When Stranger Things first hit Netflix in 2016, its retro charm and its excellent cast of characters made it an instant classic. Its second season, thankfully, proved the Duffer Brothers more than capable of following up their success with something just as strong. Now, fans are anxiously awaiting the third season, which was confirmed late last year, with no definite target release date (David Harbour, who plays Hopper on the show, even said that we might not get it until 2019).

But a new development arose last Friday, March 3, when Netflix announced that they would be adding Maya Hawke to the Season 3 cast. Maya is the 19-year-old daughter of Ethan Hawke and Uma Thurman, which totally adds up when you consider her features.

According to Netflix's announcement on Twitter, Hawke will be playing Robin, an "alternative girl," and so we should "get ready for some angst." They've also told Variety a little about Robin's background, saying that she is "bored with her mundane day job," and that she "seeks excitement in her life and gets more than she bargained for when she uncovers a dark secret in Hawkins."

Prior to the announcement of her Stranger Things role, Hawke was cast as Jo March for the BBC miniseries adaptation of Louisa May Alcott's Little Women. Before that, there were rumors that she was director Sofia Coppola's pick for the lead in a planned film adaptation of The Little Mermaid, but that producers resisted, causing Coppola to leave the project.

Bonnet babe blue about being in the digital gen.

Along with the announcement of Hawke as Robin, Netflix also moved Priah Ferguson (who you'll remember as Erica, Lucas' spunky little sister) up to a recurring role. And based on the meteoric rise of Millie Bobby Brown and Natalia Dyer after breaking out with Stranger Things, it's reasonable to expect a bright future for Hawke in Hollywood.

In the meantime, have fun trying to figure out whether Maya resembles her famous mom or her famous dad more:

Turns out it’s a high degree of mutual interruptibility,” he said. “You had to have a high tolerance for that in my family. There were always a lot of ideas — and grudges, too — pouring forth. Being somewhat social oddballs who were often left to our own devices, we became, as people who are marooned together often do, a little funky.”