The directing duo, Daniels, turned down a Marvel offer to make their delightful new movie. We couldn't be happier. 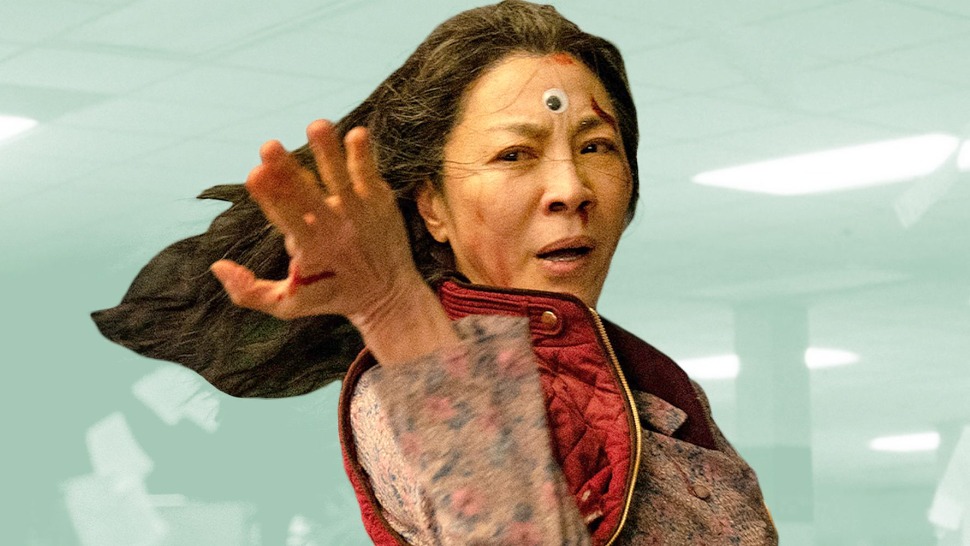 This movie can be described with exactly four concepts: googley eyes, fanny packs, taxes, and an everything bagel. That may not make sense for now, but honestly neither does the movie. Until it does, anyway. 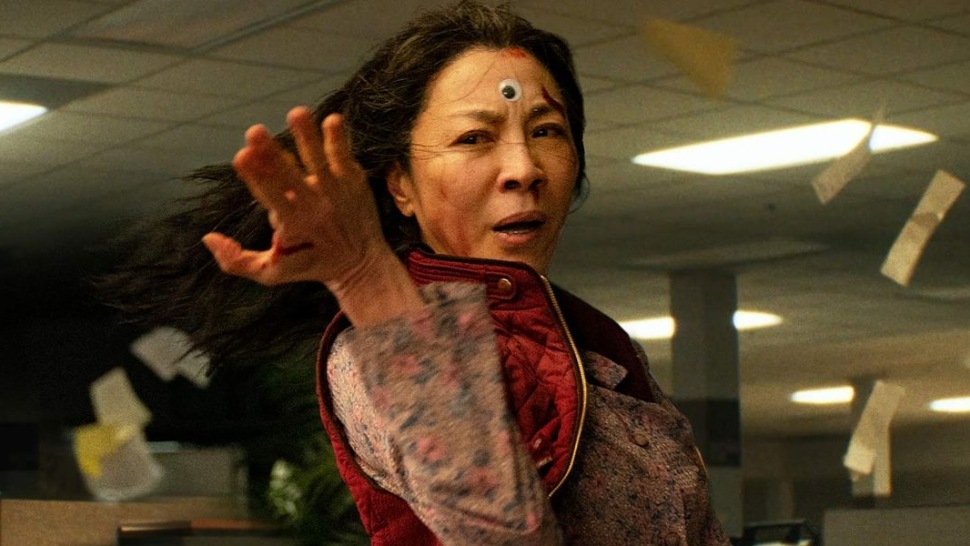 How to Watch Everything Everywhere All At Once

In the latest cinematic project produced by A24 and created by film directors and writers Daniel Kwan and Daniel Scheinert, Michelle Yeoh (Crouching Tiger, Hidden Dragon, Crazy Rich Asians) is Evelyn Wang, a tired Chinese-American wife, mother, and laundromat owner who gets sucked into a series of multiverse shenanigans. Her story begins with one seemingly simple thing: taxes. Evelyn is rushing to attend a meeting with hard-ass IRS auditor Deirdre Beaubeirdra (Jaime Lee Curtis) before her Chinese New Year party when she is met with the news that the multiverse she never knew existed is being threatened and she is the only one that can save them all.

Throughout Evelyn's jumps between timelines, she is confronted with the better lives she could have lived had she made different choices in her life. Ku Huy Quan plays Waymond Wang, her under-appreciated and goofy husband who one moment is Alpha Waymond, her guide to the madness of the multiverse and who's best fighting weapon is a fanny pack, and the next just Waymond, his lost, bumbling, regular self who sticks adhesive googley eyes on everything. He wants a divorce, but that's not her only problem at home. Her judgmental father (James Hong) is also in town, and her daughter (Stephanie Hsu) is desperate for her to be accepting of her girlfriend.

The actors who play the Wangs give an exceptional performance. Yeoh's and Hsu's performances, especially, have a particularly lasting impact. Throughout the film, the actors deliver an honest portrayal of the complexities of a strained mother-daughter relationship. You get a sense, several times, that the love is there and it is deep, but for some reason the two cannot see eye to eye and hurt each other without meaning to.

Such craft elevates the work from being just a weird sci-fi comedy (nothing wrong with those, mind you) about an unfulfilled woman who has never been able to tap into her potential and is now tasked with saving the multiverse from the existential nothingness of an everything bagel. It fashions into a tale of self-acceptance, of showing your loved ones appreciation, and overcoming the cycle of familial generational trauma. The movie is so subtle in delivering these messages that while you are distracted with funny quips, artful martial-arts sequences, and Ratatouille references, you don't realize how meaningful it all is until the very end.

The duo, which goes by Daniels, was primarily known for their work on music videos before debuting with their first feature film, Swiss Army Man, in 2016. Everything Everywhere marks just the second feature of their career. At the South By Southwest (SXSW) Festival where the movie premiered, they revealed that to make the movie, they turned down the chance to work with Marvel on Loki. Indiewire reports Scheinhart said, “There were meetings with Marvel about Loki that we didn’t even take.” To which Kwan added “No, the meeting was set, and we went, but by the time we went we said we probably weren’t going to do it," – because the two were "trying to shoot our own movie at the same time.”

That's a bet not many would make, considering the Marvel Cinematic Universe is movies in 2022. But taking that chance sure as hell paid off. The movie has already made over $1.8 million at the box office in a very limited run. It begins its wide release today. More importantly, however, by taking that chance they created an excellent movie—an odd ball that proves multiverse films can still be weird, delightful, brilliant. What else do you call a movie whose funniest, most memorable scene manages to get its laughs despite having absolutely no sound?

View More Articles About:
syn-00304
The Standard
The Player
More Videos You Can Watch 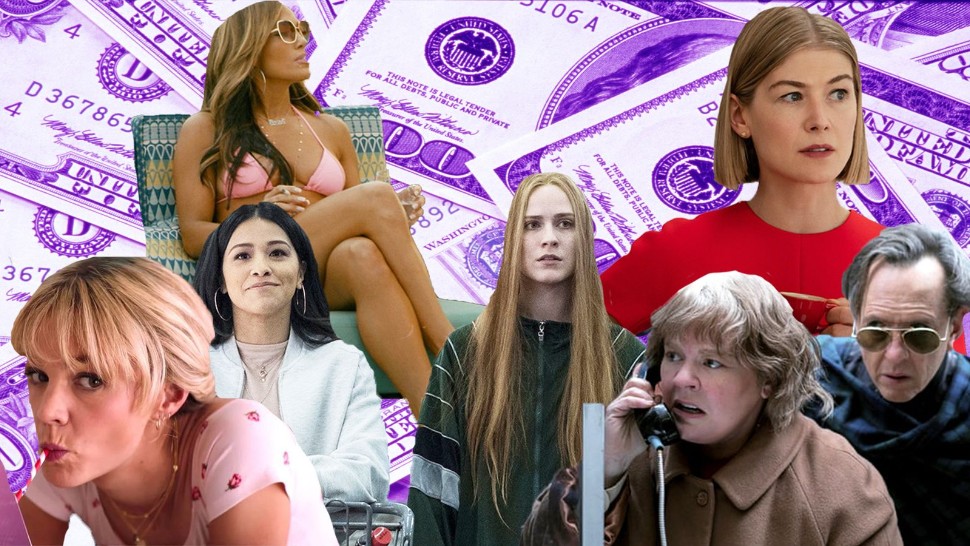 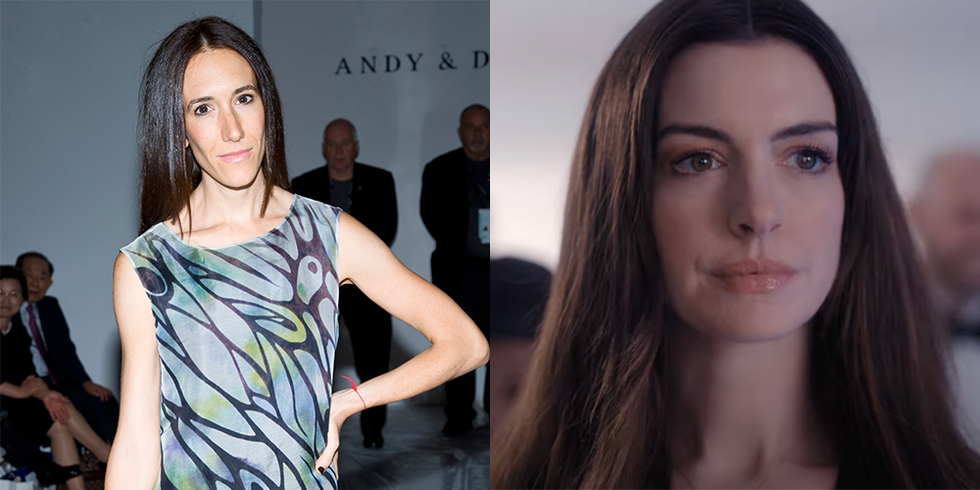 What Happened to WeGrow, Rebekah Neumann's School in WeCrashed
All Photos
Comments
View As List