Filmmaker Tonet Jadaone Knows That Filipino Movies Are More Accessible Than Ever, And That's a Good Thing
Culture

Filmmaker Tonet Jadaone Knows That Filipino Movies Are More Accessible Than Ever, And That's a Good Thing

Few filmmakers in the canon of contemporary Filipino cinema are as accomplished as Antoinette Jadaone. Her expansive body of work includes box office hits and film festival favorites—a rare mix of movies that are both commercially viable and critically acclaimed. Jadaone directed the Palanca Award-winning That Thing Called Tadhana,  and wrote English Only, Please—two films that, through their masterful depiction of modern love and relationships, turned a broad audience on to a new wave of Filipino independent films. But also, the country's biggest studios have entrusted Jadaone to helm the rom-coms of famous love teams like Enrique Gil and Liza Soberano, Kathryn Bernardo and Daniel Padilla, and Julia Barretto and Joshua Garcia. She is, no doubt, one of the foremost Filipino filmmakers today.

But her latest work is unique, and unlike anything she's done before. In the short film Utol, she tells the story of a boy’s tumultuous ride home. No words are spoken, no clever lines speaking truths. Instead, the drama is fixated solely on the actor’s face, where every agonizing step of his emotional journey is seen in intimate detail.

It’s quite the departure from the rest of Jadaone’s work. Rom-coms and telenovelas, after all, are rarely a stage for the sort of subtlety seen in Utol. But what really makes the short stand out from the rest of her oeuvre, however, is the fact that it was shot entirely on a smartphone.

Utol was shot for the recently concluded .giff Festival of Cinema, where Jadaone served as a competition judge. One of the highlights of the festival was Vertical Cinema Competition hosted by OPPO, which challenged filmmakers to tell their stories through the lens of a vertical phone camera. Jadaone was approached by the brand to create her own story for the event, and she chose one she’d been dying to tell for the past three years.

“Nasa baul ko lang siya,” she says of Utol. “I’ve been planning to shoot it since 2016, pero lagi kong napagpapaliban. I wrote it while doing a teleserye and writing a full-length script.”

“Without .giff and OPPO approaching me to do a short film, malamang nasa baul pa rin ang ‘Utol’ hanggang ngayon. I guess that’s all we really need sometimes: a push,” she adds. 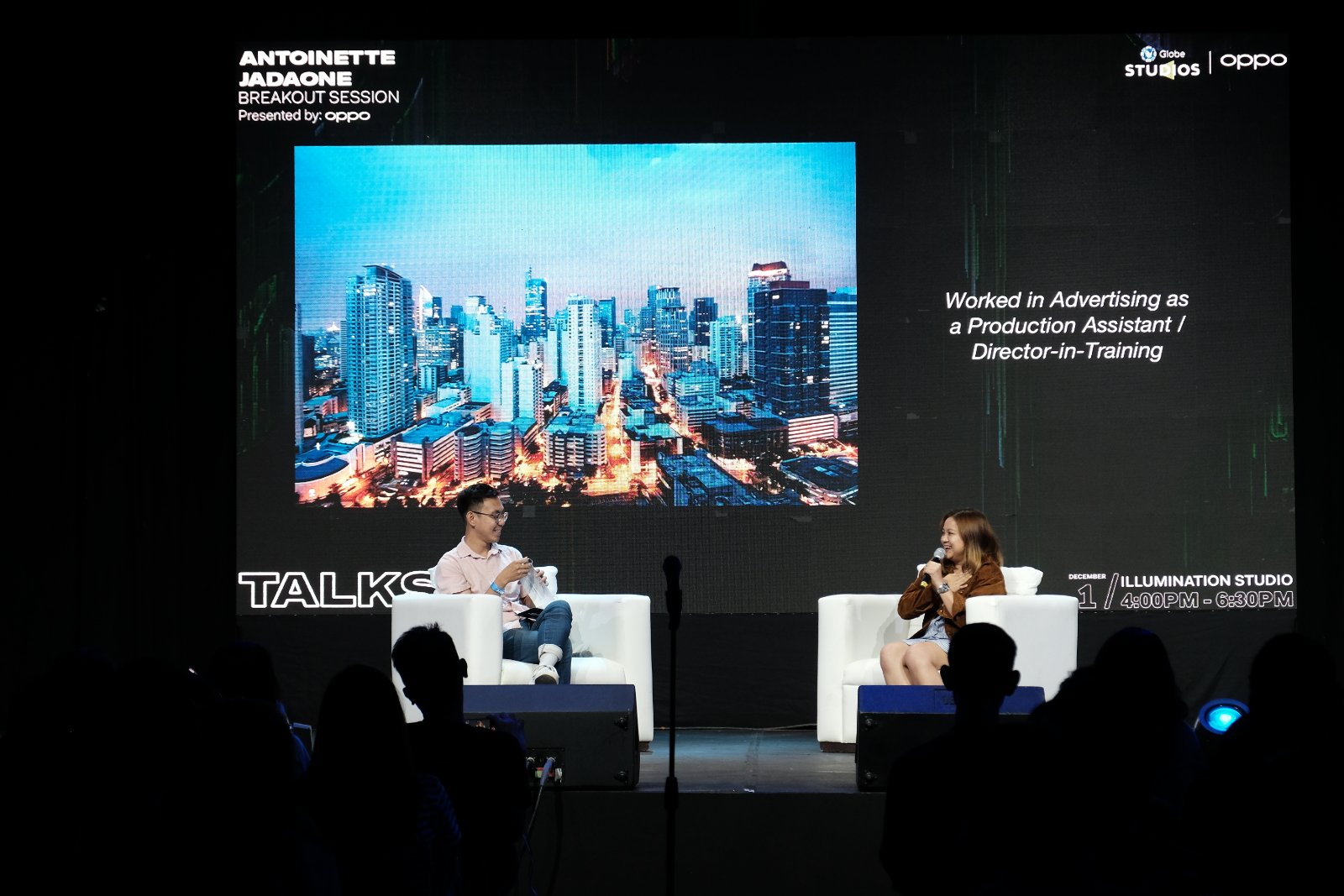 To shoot the film, Jadaone chose to go with the OPPO Reno2, largely because of its advanced camera system. The phone features a quad camera setup: a 48MP main camera with f/1.7 aperture, a 13MP telephoto lens for capturing far-off details, an 8MP wide angle lens to film fuller scenes within the frame, and a 2MP mono lens for light and shadow. The Ultra Steady Video feature allowed her to cancel shaking with minimal equipment, while its excellent low-light capabilities let her film crystal-clear dusk scenes using only natural light.

For Jadaone, it was crucial to the spirit of Utol that every single detail in each frame could be seen.

“I wanted a quiet film that just relied on the actor’s eyes to tell the story,” she shares. “I’ve always been insecure of my directing of actors, and I wanted to challenge myself with this kind of material. In Utol, if the acting does not work, the whole film will fail.”

It certainly helps that her lead actor, Gold Azeron, gave a must-watch performance. Fresh off a Best Actor win at a major film festival, Azeron’s nuanced portrayal of the boy packs a mountain of emotions in every twitch of the eyes, captured on the Reno2’s cameras.

Watch Utol below to see what we’re talking about:

Ever dreamed of being a content creator? Now it's even more possible when you have #OPPOReno2! Check out this short film made by award-winning director Antoinette Jadone--shot vertically with #OPPOReno2. #AnyoneIsAStorymaker

The quality of Utol does beg the question: Now that there’s an accessible, film-worthy camera available in the OPPO Reno2, are traditionally trained directors like Jadaone threatened by these advances in technology? Quite the opposite.

“Now, everybody can be a storymaker,” she says. “All you need is a story. Nothing’s stopping you from making that film happen. You can shoot with your smartphone now, what’s your excuse? And because of that, there are more voices to be heard. A new voice is always exciting.”

Learn more about how you can tell your own stories with the OPPO Reno 2 at this link. For updates, follow OPPO Philippines on Facebook.