It’s been over 27 years since it was first published, but Good Omens: The Nice and Accurate Prophecies of Agnes Nutter, Witch is finally getting a TV adaptation, courtesy of Amazon Studios. Originally written by Neil Gaiman and Terry Pratchett, the novel is a comedy that tells the story of the angel Aziraphale, the demon Crowley, and how, after becomming attached to earth, they attempt to prevent the apocalypse by watching over the Antichrist.

Principal photography for the adaptation began earlier this year, as confirmed by Neil Gaiman on Twitter, and the series is slated for release in 2019. We hadn't heard much from the production since then, until Gaiman himself shared the first photo of the Archangel Gabriel—a character who is only sparsely mentioned in the book, but will play a bigger role in the series—just earlier today. Gabriel will be played by Jon Hamm, also a long-time fan of the book. 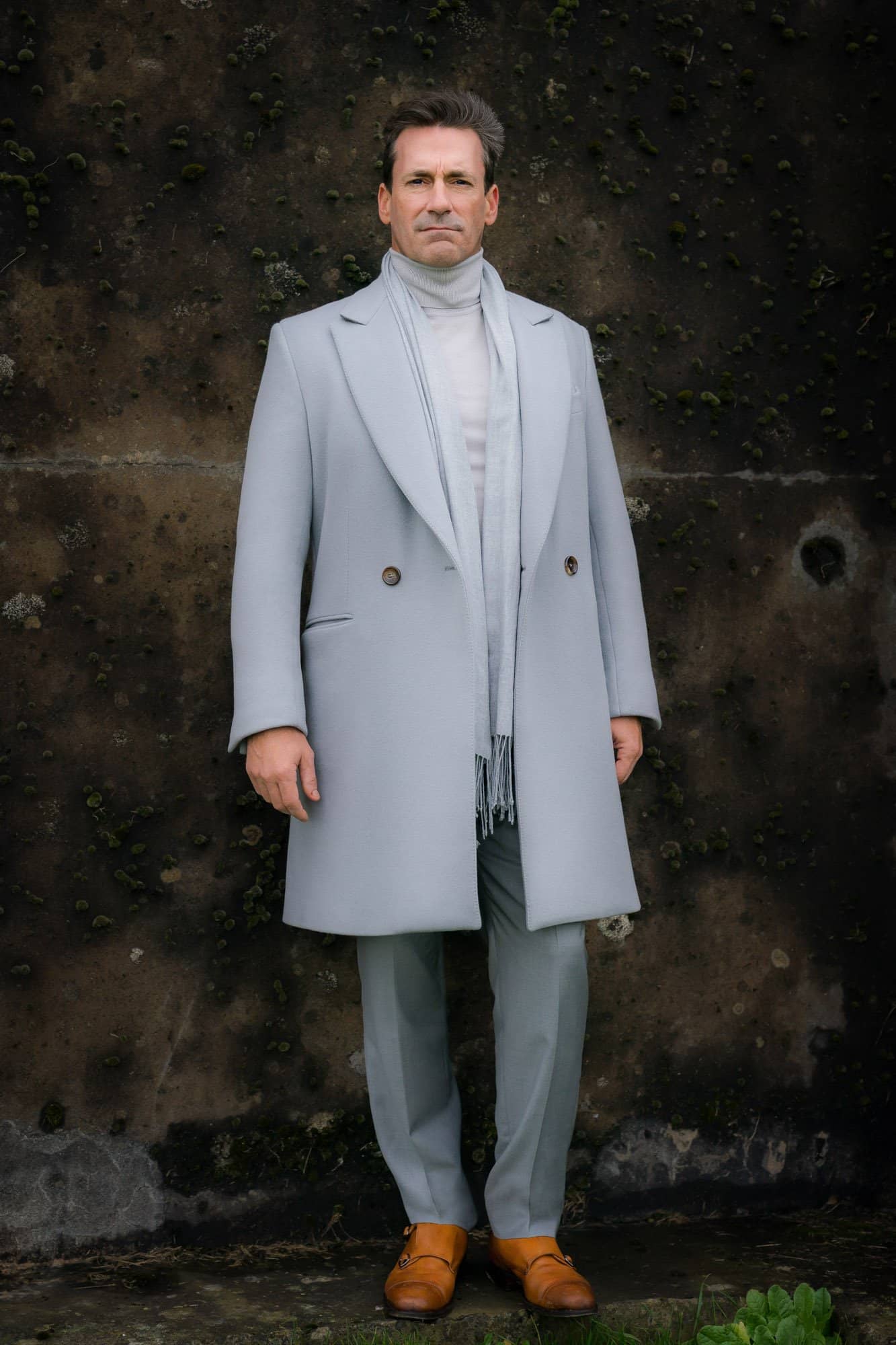 According to Vanity Fair, Good Omens costume designer Claire Anderson had this to say about our first look at Hamm: “Gabriel is the leader of the angels, and the most stylish and impeccably dressed of all of them, so we chose an immaculately tailored suit that Jon Hamm wears to perfection, in light colors, along with lilac accessories to bring out Gabriel’s unnerving violet eyes.”

It certainly takes a Don Draper to pull off a bone grey ensemble like this one. On him, it looks simple, solid, and as stylish as a seraph can get. The caramel brown double-monkstraps (thematic!) are also a sharp detail, and a reminder to always have one accent piece if you decide to go full monochrome. To top it off: that killer overcoat, which you can confidently strut around in when you’re about to tell a virgin that she’s pregnant.

Amazon Studios’ Good Omens is slated to be released in 2019. 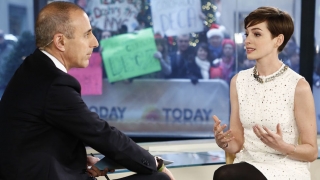