Let us help you refresh your memory with this very important and useful recap.

The eighth and final season of Game of Thrones is just around the corner, yet after a year of absence, you may not remember where the previous events left off. Let us help you refresh your memory with a recap of some of the key events from the previous seasons, which may be essential to remember for the finale. 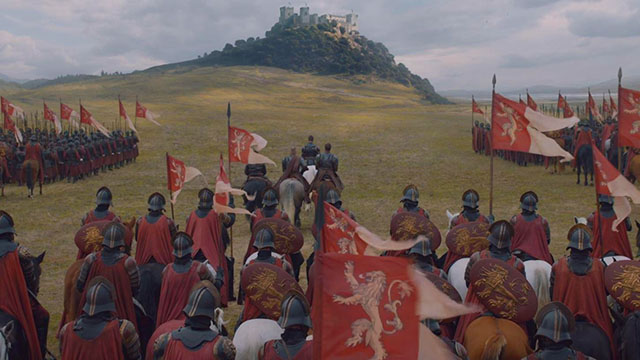 Last season, we witnessed the extinction of House Tyrell when the family matriarch Lady Olenna was poisoned by Jaime Lannister. The Tyrells were arguably the richest house in Westeros. With the capture of Highgarden, the official seat of power of the Tyrells, House Lannister is now effectively in control of all of their resources. So what happens now with all that captured gold and crops? Fan theories suggest that Cersei plans to use them to hire and feed The Golden Company, the biggest private army of sellswords in Essos. She plans to ship them to Westeros to fight alongside her army against Daenery's Unsullied and Dothraki forces (or the White if for some reason, Dany and Cersei team up. All this is just speculation since the showrunners are pretty notorious in preventing leaks. They even go as far as shooting fake scenes to throw the paparazzi off.)

2. The Night King finally has a dragon. 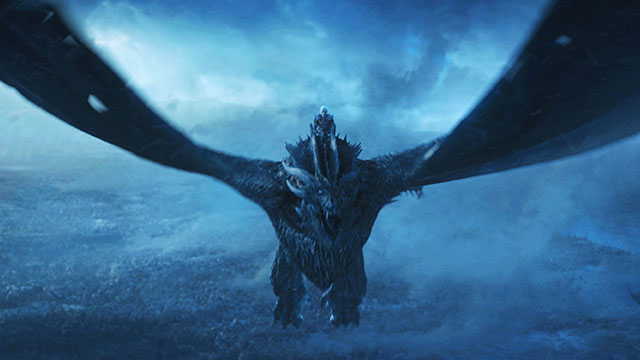 When finale of Season 7 revealed the Night King finally had his own dragon in Viserion, fans were quick to conclude that this will eventually lead to a dragon-riding duel between the show's main antagonist and Daenerys. While that remains to be seen, a reanimated Viserion will play a huge role in the upcoming final battle between the living and the and will give the White Walkers a significant advantage. But how do you kill an undead dragon? Season 8 will reveal more answers on the true nature of the White Walkers, and how they can be defeated.

3. Samwell Tarly is still researching about the White Walkers. 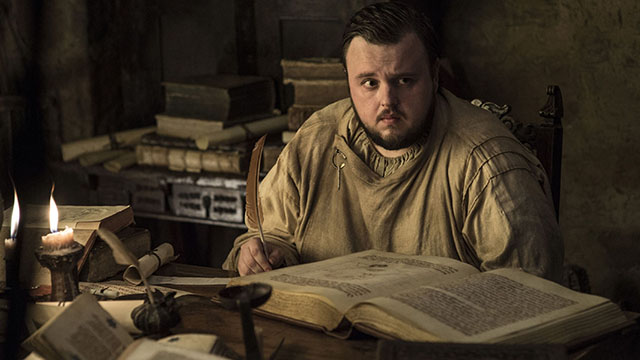 For a show that features a lot of murders, it's a breath of fresh air when pacifist characters like Samwell Tarly are given a significant role in the overall scheme of things in Game of Thrones. His arduous journey from prior seasons finally paid off when he reached the Citadel in Oldtown to train as a , only to be disappointed when he saw the skeptical of the existence of White Walkers. So he stole some scrolls that contain useful information about the White Walkers and went north to Winterfell. We will see Samwell in season 8 research the hell out about wights and White Walkers and how he can weaponize that information against the undead threat. Who would have thought that being a bookworm could make a difference in the eventual climactic battle?

4. The new dynamics of the Stark Siblings 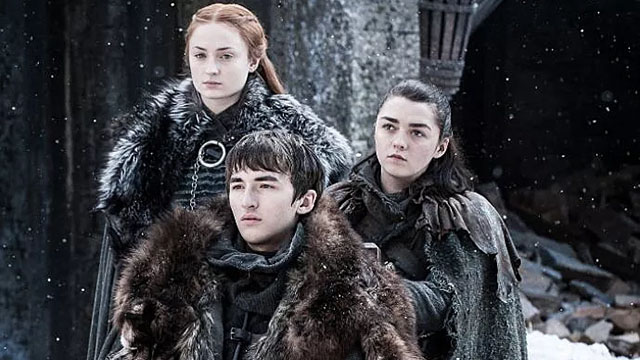 When the Stark siblings finally reunited last season, it was clear that they were not the same children anymore. Sansa is now basically the new Littlefinger, Arya is a ruthless Faceless assassin, Bran is the newly anointed Three-Eyed-Raven, and Jon Snow is a battle-hardened White Walker-killer. Season 8 will explore how their rediscovered fraternal relationship can make or break them. There are fan theories that suggest in-fighting between the siblings as well, especially with the involvement of Daenerys. But that also remains to be seen.

Season 8 will also tackle and expand on one of the biggest revelations last season: Cercei's pregnancy. Some fans thought that this is actually just a ploy to manipulate her brothers, which is very typical of her character. But a leaked copy of the script actually confirms the pregnancy. If there's one thing we're sure about what this means, it's that Cersei's humanity revolves around her motherhood. You could very well be sure that the incoming Lannister baby will have a role one way or another. 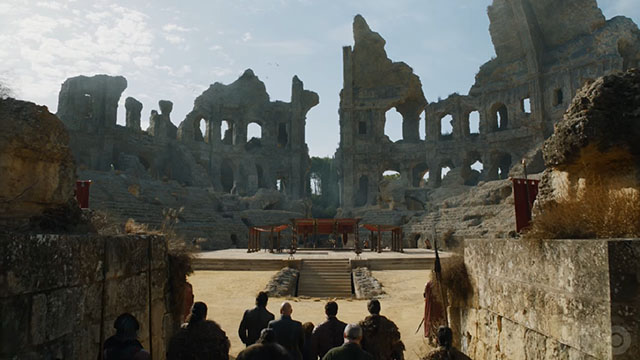 The much-awaited meeting between Daenerys and Cersei happened last season when the two queens met in the Dragonpit and tried to team up for the fight against the invading White Walkers. Cersei hesitated at but eventually agreed after she met with Tyrion in private. Their whole conversation wasn't shown onscreen, but speculation is, Tyrion struck a deal with Cersei that she couldn't refuse. We will see in Season 8 if Cersei will keep her word or if she'll pull another Great Sept of Baelor.

One of the biggest fan theories since the show's inception was Jon's true parentage. As it turns out, the fan theory was confirmed when viewers were finally treated to several flashback scenes involving Lyanna Stark and Rhaegar Targaryen. The actor who played Rhaegar has somewhat confirmed that he will be and has already filmed a few scenes in Belfast. This only means that fans will be treated yet again to more flashback scenes and revelations involving Jon's parents in the upcoming season.

8. Jon and Daenerys' romance (and dragons)

Call it whatever you want, but the budding romance, or "passion," as this director puts it, between these two main characters is one of the major talking points in the upcoming season. The revelation that Jon is indeed a Targaryen makes Daenerys his aunt. And whoever gets to know the truth first will definitely change the dynamics of their relationship. Ever since she was a child, all Daenerys ever wanted was to avenge her family and claim her rightful place on the Iron Throne. We wonder how she will react if she discovers that Jon is next-in-line to the throne and (possibly) a as well.

9. Children of the Forest 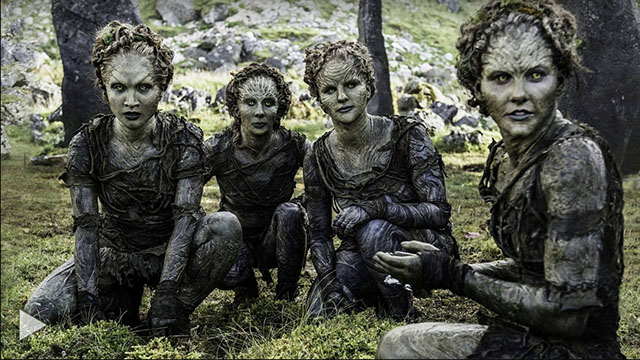 These enchanted creatures will also play a vital role in the climactic battle between the living and the dead in season 8. A brief history on the Children of the Forest: They were the original inhabitants of Westeros before they were eventually conquered by the First Men. As a sort of last resort to thwart the invaders, the Children created the first White Walker, an Andal they sacrificed in a ritual, who eventually became the Night King. If the Children were responsible for creating this White Walker mess in the first place, you can be sure that they'll have a hand in one form or another, in uncreating them as well.

10. What happens now to the other characters? 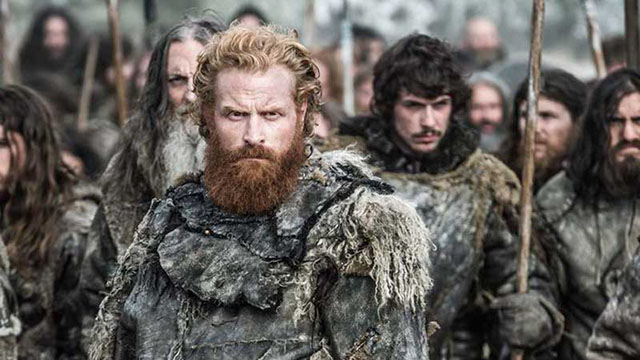 Aside from the usual slew of Starks, Lannisters, and Targaryens, the show's secondary characters will also have their fair share of the spotlight in the upcoming season as well.

Brienne of Tarth is still the bodyguard of the Stark siblings and will likely see some action in the Battle of Winterfell.

Jorah Mormont is still as loyal as ever (albeit borderline creepy) to Queen Daenerys and will do anything for her.

The surviving Greyjoys however, still have their own struggles: Yara is now a prisoner of Cersei, and Theon is out to rescue her, while Euron is back in the Iron Islands to assemble a fleet to fight for the Lannister queen.

Greyworm and the Unsullied, after being duped to attack an abandoned Casterly Rock, plans to reunite with the Dothraki via the King's Road as they ride together for Winterfell.

Lord Varys, after proclaiming allegiance to Daenerys, is most likely northbound as well.

Melisandre on the other went back to Volantis and will likely see her return to Westeros where she's expected to meet her eventual demise. And the last time we saw Tormund Giantsbane and Beric Dondarion, they were trapped in the surviving section of the Wall that got destroyed by the Night .

11. The Battle of Winterfell 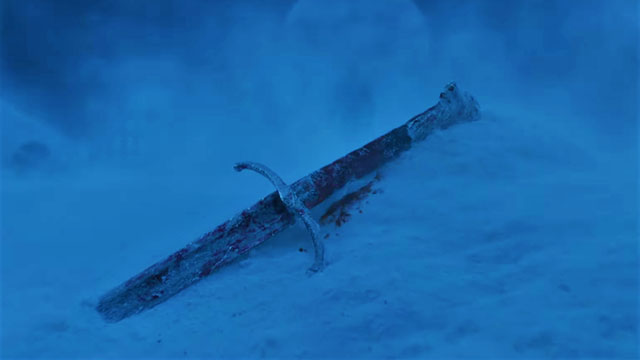 Of all the revelations going to unfold in the final season, the Battle of Winterfell, is probably the most hyped and anticipated. It's reported that this climactic battle scene is the longest and biggest the showrunners have ever done, eclipsing even that of the 'Hardhome' and 'Battle of the Bastards' episodes. Given the geographical location of Winterfell, it will be the first stop of the invading Night King and his undead army. So the Battle of Winterfell will most likely take place in one of the early episodes. And if the recent teaser poster or trailer is any indication, our heroes will suffer major casualties in the ensuing battle.