For instance, why didn't Daenerys see the large fleet of boats?

The fourth episode of Game of Thrones Season Eight was quite possibly one of the most insane of the entire series, a baffling, cringeworthy, and nonsensical hour-and-a-half of television. In that time, Episode Four—somewhat impressively—introduced dozens of questions and plot holes that Game of Thrones couldn't possibly address in its remaining two episodes.

Thankfully, we're so invested at this point that no one is going to give up after one bad table-setting episode. We'll see this show through to the end. But, for now, we'll run down our 50 biggest questions after Game of Thrones Season Eight Episode Four.

1. Why wouldn't—after defeating the greatest threat to mankind, a legendary army of undead—Daenerys take a brief break from her conquest to let her army rest?

2. Whose coffee cup was it and where did it come from?

3. So, the Never Have I Ever drinking game existed in Medieval times?

4. Where does all the wine in the north come from? The climate isn't right for growing grapes, so they must import the wine at great cost.

5. Did Big Dick Pod sneak off with two women?

6. Why did the first half of this episode play out like a cringeworthy episode of Love Island?

7. Does Gendry's title actually mean anything until Daenerys wins the war?

8. Was the coffee cup actually part of the story and an indication that Game of Thrones takes place in our universe?

9. Why wouldn't the showrunners show us Arya and Sansa's reaction to the news that Jon is a Targaryen?

10. After George R.R. Martin spent decades writing thousands of years of Game of Thrones history, with generations of family lineages, why did the writers think it was okay to just say "the new prince of Dorne"? Did GRRM die inside a little bit when he heard that?

12. Why would Jon send Ghost north?

13. Wouldn't a fully grown direwolf be useful in the war to come?

14. Why wouldn't he even say goodbye to Ghost?

15. Why so awkwardly write Ghost and Tormund out of the show?

16. How did Bronn just walk into Tyrion and Jaime's room unchallenged?

17. Why even bother with this Bronn side plot if Tyrion and Jaime are just going to talk him out of killing them like they always do?

18. Considering Daenerys was up in the air flying on a dragon wouldn't she have spotted the large fleet of ships nearby—especially if they were within shooting distance of an arrow and within her eyesight?

19. So, I guess these dragons aren't so great after all, huh?

20. Why fly directly at the boats?

21. Theoretically, couldn't she have flown up in the air then dived straight down on the ships to burn them?

22. Or couldn't she have flown around the boats out of their rangeand come in from behind where the scorpions couldn't fire through their own sails and torched Euron's fleet?

23. Why not shoot down Dany's dragon first and end the war?

24. So did Euron's fleet just turn around and leave after destroying her boats and killing one of her dragons?

How did Missendei get captured? How did Dany know she was captured? Why would Euron only capture Missendei? 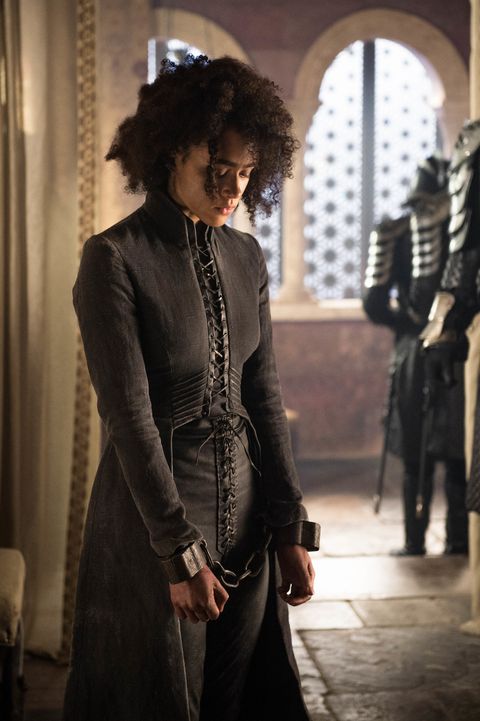 25. Wouldn't they have just finished the job?

26. How did Euron even know their location?

27. Why is Euron just some deus ex machina-type character who only randomly shows up to surprise the protagonist's armies?

28. How did they know Missendei had been kidnapped?

29. How did Euron kidnap Missendei and no one else?

30. Wouldn't Tyrion have been a more valuable hostage?

31. How did Tyrion survive the ship mast falling on his head while he was in the water?

33. How did everyone get back to safety so fast?

34. How did Euron get back to King's Landing so fast?

35. How much time passed in this episode?

36. How much time has passed in this season?

37. Theoretically, if all of these armies needed to move around the continent, and Cersei found out she was pregnant at the end of Season Seven, wouldn't she be showing by this point?

39. Does Tyrion know that Euron thinks the baby is his?

41. Do the writers expect us to be invested in Jaime and Brienne's romantic relationship when the entire arc of it got approximately two minutes of screen time in a single episode?

42. So, was the only reason Jon didn't fly a dragon south because the writers needed an easy way to kill another one of them?

What the hell is going on with Cersei’s baby? 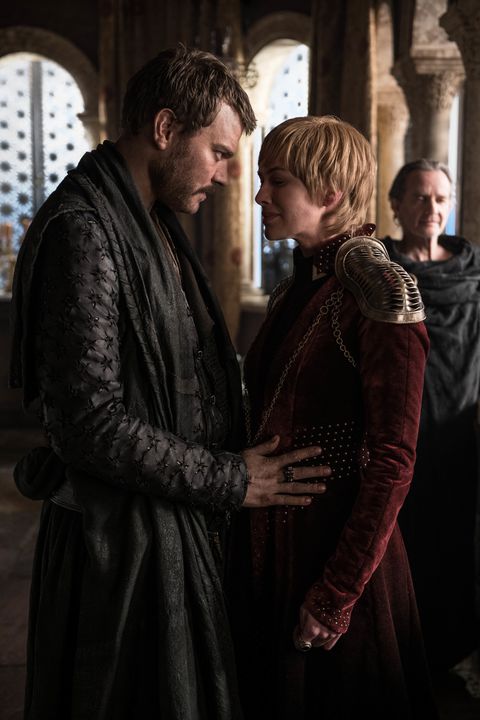 43. What would be the point of not riding a dragon?

44. Wouldn't it have been strategically smarter for both Jon and Dany to ride dragons—especially when attempting to intimidate Cersei with the power of their army?

45. Why even have Jon ride a dragon at all if he didn't do anything with it during the Battle of Winterfell and then his dragon died unceremoniously in the next episode?

47. Honestly, why didn't she just send out her army to kill Daenerys right there and end the war?

48. How was this episode an hour and a half?

49. Is Dany probably going to do something stupid now?

50. Is Jon also going to do something stupid? 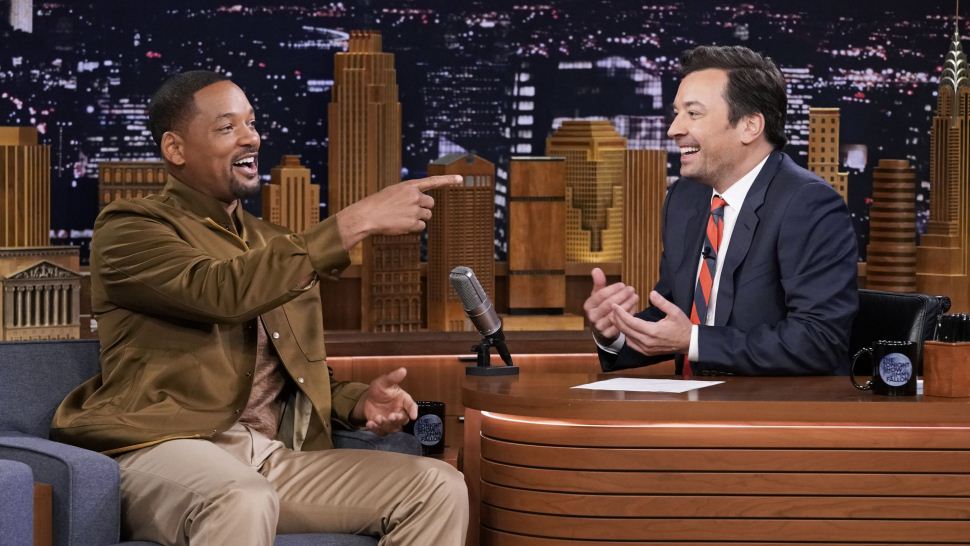 The New Spider-Man: Far From Home Trailer Hid Key Details About the Future of the MCU
All Photos
Comments
View As List