Such as: Why didn't Daenerys just fly directly to Cersei and kill her? 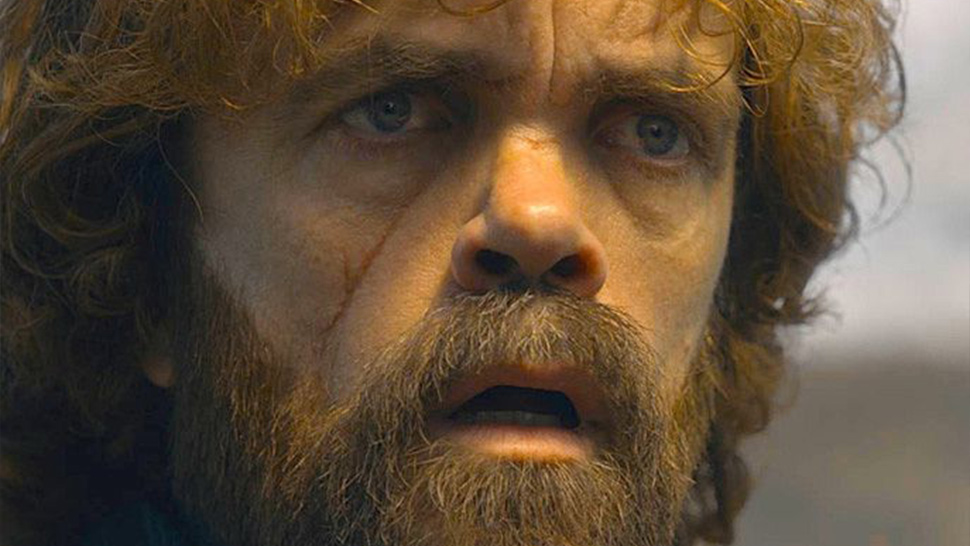 In Episode Five, Daenerys killed Varys and suddenly went Mad Queen on King's Landing killing pretty much everyone (The Hound, The Mountain, Cersei, Jaime, etc.) except for Arya and one horse, somehow.

It was a strange and frustrating 80 minutes of TV, and it left us with a hell of a lot of questions going into the big finale of Game of Thrones. Here are 50 questions we have after Game of Thrones Season Eight Episode Five.

1. Did Varys try to poison Daenerys?

2. Where did Varys send those letters?

3. What happened to Martha? Is Martha still alive?

4. How did Daenerys and her dragon sneak up on the Golden Company and burst through the walls of King’s Landing from the inside?

5. Since when did Tyrion become such a complete idiot? Why does he continue to appeal to Cersei’s good nature when she’s tried to kill him a dozen times?

6. Why are those scorpions worthless all of a sudden?

7. If Drogon could to do that much damage to one city, despite about 20 scorpions aimed at him, then why were the dragons functionally useless against the White Walkers?

8. In the end, what even was the point of including the Golden Company in this show?

9. How does dragonfire destroy a fortified stone wall? Does it come out with enough force to actually explode the ramparts of King’s Landing?

10. What was the point of Arya even going to King’s Landing?

11. Why burn a city to the ground that you’re trying to take?

13. How did that horse survive all the destruction?

14. How did Arya survive the attack?

15. How did Arya and Jaime and The Hound—three very recognizable people—so easily sneak into the impenetrable Red Keep?

16. Where did Jaime and the Hound get their matching hooded cloaks? Why are Westerosi soldiers so bad at looking under hoods?

17. If it’s that easy to get into the Red Keep why not just assassinate Cersei?

18. If Cersei’s only motivation was to protect her child, then why did she not seem to have any battle strategy whatsoever?

19. Why didn’t Cersei know the Iron Fleet had been burned? Shouldn’t she have been keeping track of that kind of stuff?

20. Why didn’t Cersei actually do anything with her wildfire? Wouldn’t that have been useful?

21. Why didn’t she have an escape plan prepared for herself and her unborn child?

22. Or why not just fly to the top of the Red Keep, assassinate Cersei with the dragon and end the war in a matter of minutes?

23. How did Euron find Jaime? What was his character motivation in trying to kill Jaime other than for writers to give him another Deus Ex Machina moment?

24. Was the Valonqar prophecy wrong?

25. What happened to the Prince That Was Promised prophecy?

26. Or the Azor Ahai prophecy?

27. Was Varys Dany’s Third Betrayal? Was Tyrion her fourth? How many betrayals has she had anyway?

28. Were all of these nothing? Or will they come into play in the final episode?

29. Wouldn’t it be far more satisfying to get revenge by killing Cersei personally rather than slaughtering a bunch of innocent people for no reason?

30. Why did The Undead Mountain look like a moldy, bloated Varys? 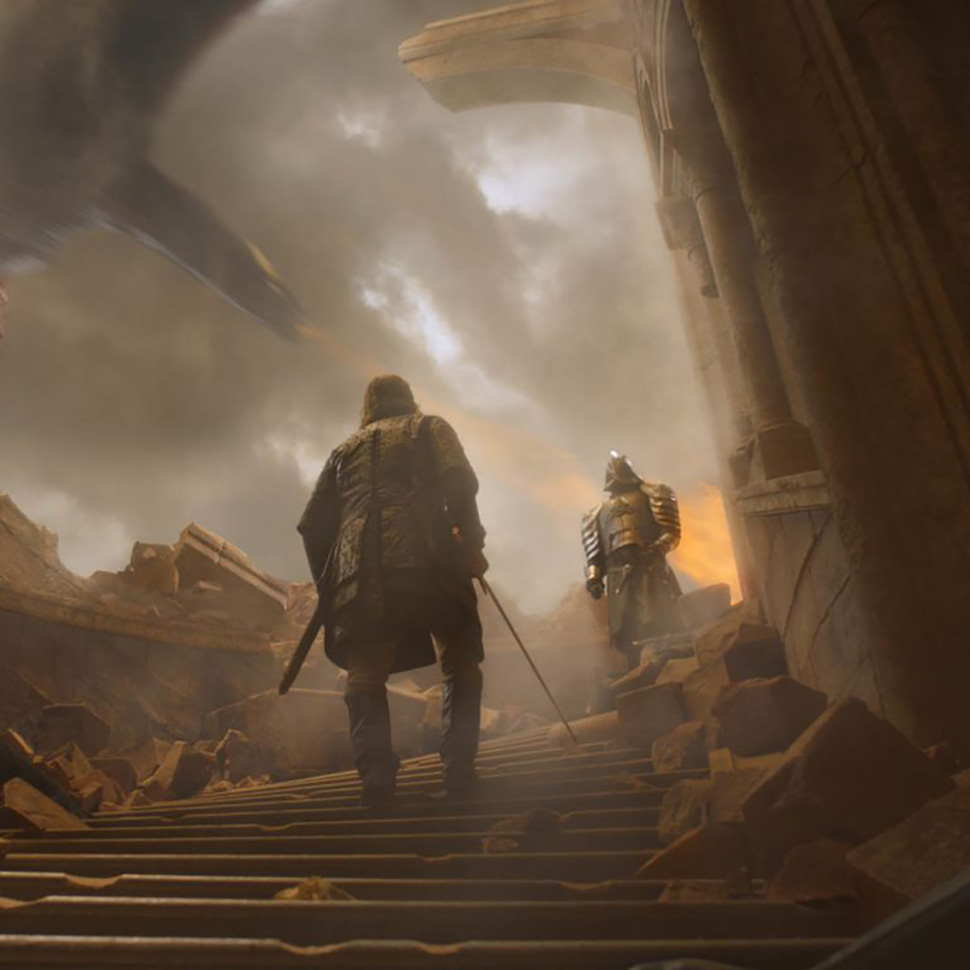 33. What are Sansa and Bran and Brienne and everyone doing back at Winterfell?

34. Does Arya’s horse have some special significance? Or is it just a horse?

35. Will Dany just be queen of the ashes?

36. Why didn’t Jon do anything at all in this battle or in trying to talk some sense into Dany? Or is he just so stupid and stubborn that he believed she was fine?

38. Why was Missandei’s shackle literally her only possession? All these years of travel and she never picked up a book or keepsake? Did she have a change of clothes even?

39. Did the Mountain die, or is he just a well-done zombie now? 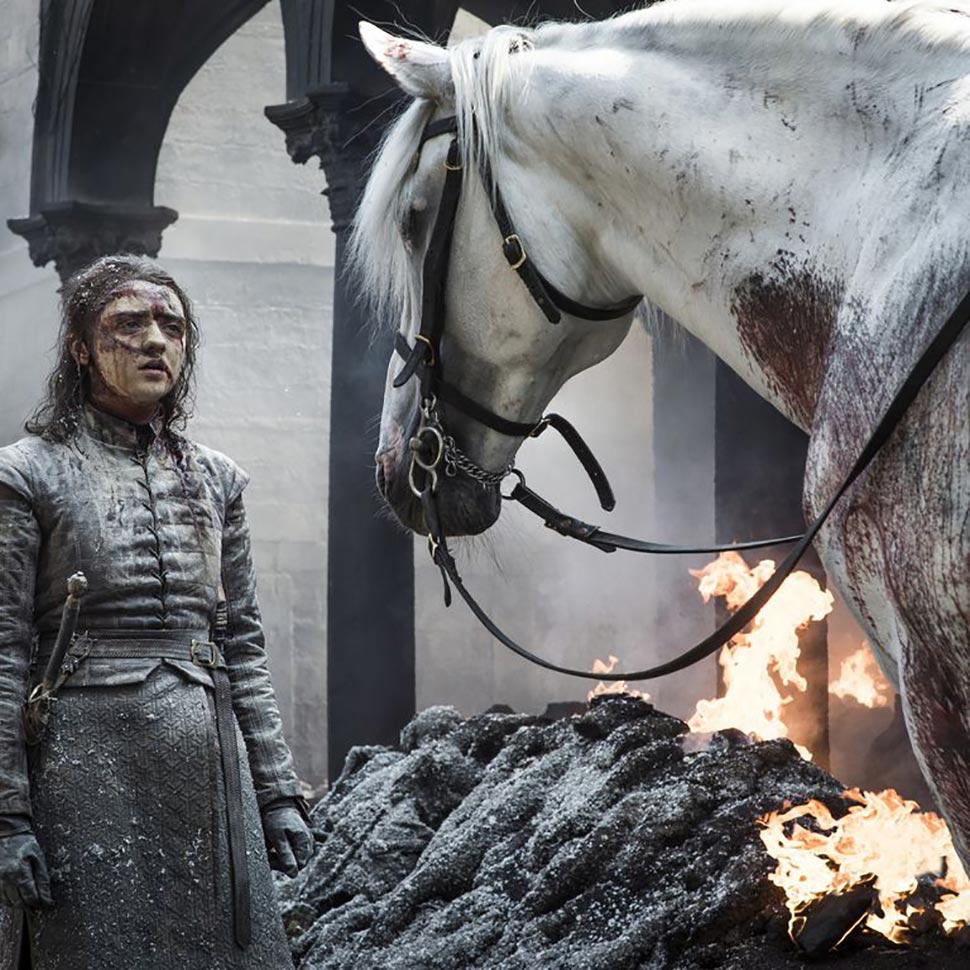 41. Who took the time to light all those torches in the secret escape tunnels in the Red Keep?

42. Why was Cersei so sad that Jaime was hurt after she just sent an assassin to kill him?

43. Why did they put Davos in the front line of the battle? He old.

44. How did Cersei communicate a surrender to her peeps from all the way up in the tower?

45. Is the Iron Throne still standing or did it get destroyed with everything else?

46. Will Dragonstone be the new seat of power in Westeros?

47. Does this mean we now have to root for Jon to kill Dany?

48. Will Dany kill Tyrion now because he let Jaime escape? Does she even know he escaped? And why was it so easy for him to escape?

49. Why not make this season twice the number of episodes, scale back the massive, unnecessary production values and actually tell a story that fans deserve? Why not give Daenerys at least a few more episodes to show her descent into madness instead of flipping a switch on her?

50. Does this mean we have to wait however many years it takes George R.R. Martin to finish writing his damn books to get a worthwhile conclusion to this story? 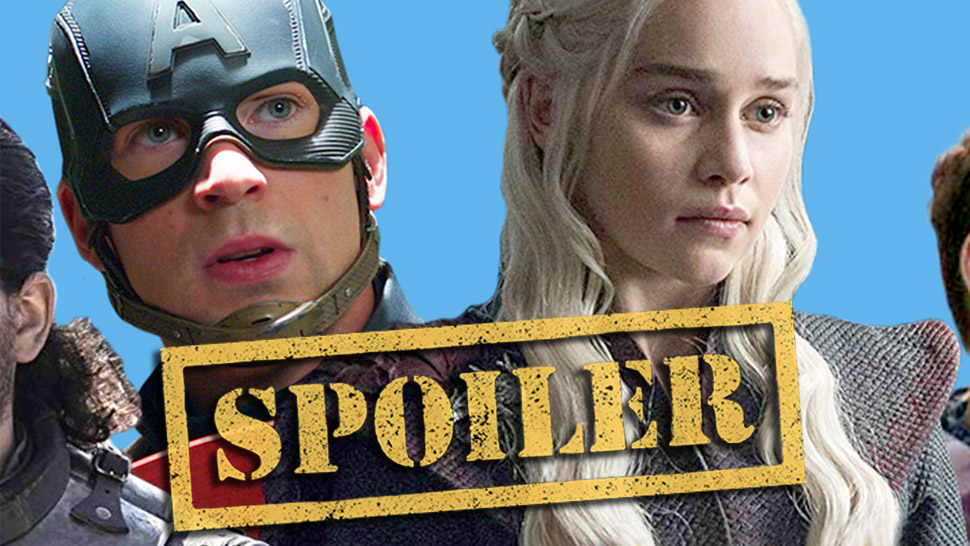 Spoiler Culture Has Turned Us All Into Monsters 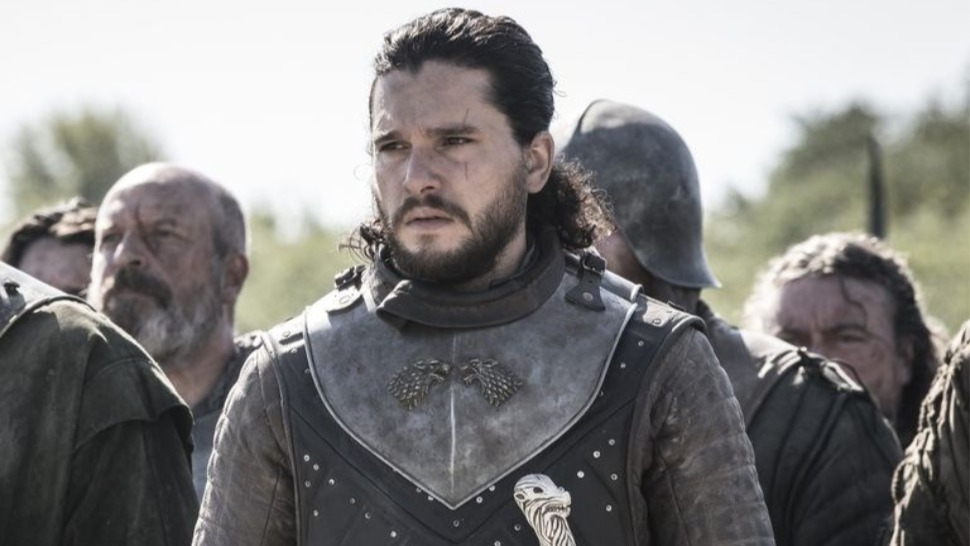