Game Of Thrones: Who's Going to End Up on the Iron Throne?

Have your say ahead of the season eight climax.

After seven seasons, 67 episodes and, depending on whose accounting you trust, somewhere in the region of 174,373 deaths, we're six episodes from the end of Game of Thrones with the question of who exactly will end up on the Iron Throne still very much up in the air.

Quick recap: Cersei Lannister is currently warming the seat, but she’s all on her own having banished Jamie from the King's Landing. Meanwhile the power couple of Westeros – deathproof rightful heir Jon Snow and dragon-wielding Daenerys – are the fan-anointed rulers-in-waiting, but they're off North to see about the Night King and his army of undead before thinking about making a tilt for the big chair.

That's the anticipated face-off, but the only thing you can really rely on in the Thrones-iverse is that it’ll go out of its way to stamp on whatever plot theories you’d been carefully nurturing, and probably kill everyone you’ve ever cared about in the process. George RR Martin likes a dark horse almost as much as he likes bumping off the virtuous and the blameless, so let's recap the runners and riders for power in Westeros as you get your chance to vote on who will reign by the end. If anyone is still alive, of course.

If this were The Lord of the Rings, Jon would, unequivocally, be your boy. He's a Targaryen–Aegan Targaryen, actually–and the rightful heir to the throne, even if he doesn't know it yet. Bish bash bosh. Done. Crack out the bunting and street party-appropriate paper plates, we've got a coronation to sort out. As this is Game of Thrones, though, he's also the most likely candidate for an untimely death. Again. He's had a few wobbles about his ability to rule Westeros too, so if he does survive he might be minded to share the responsibility with someone else. Someone with dragons and the hots for him.

When Daenerys says she's going to do something, she generally does. So, when she reaffirmed her eye for the big prize in season seven–"I was born to rule the Seven Kingdoms, and I will"–it felt like the decisive establishment of her as the frontrunner in the final season shakedown. Then again, the only thing Game of Thrones loves more than a bait-and-switch is a bait-and-switch involving the sudden, violent death of a beloved character.

Having gone through a lot of trauma and blossomed into a competent and powerful leader - as well as getting a good feel for the methods and mores of other ruling families - Sansa's elevation to the Iron Throne would be a satisfying pay-off. There's a historical precedent here too: Game of Thrones, as you know, mirrors the War of the Roses and tussles between the house of Lancaster (the Lannisters) and the house of York (the Starks). After the once-dashing but latterly-obese Henry VIII (Robert Baratheon) came the child king Edward VI (let's roll Joffrey and Tommen into one), then execution-happy Mary I (Cersei). After that it was Elizabeth I. Who most reminds you of her?

Yeah, it's unlikely that a highly skilled assassin and inveterate loner could be up for running a country and constantly having to not murder people, but Maisie Williams has said that her character ends the series "alone". That might mean we're in for a rewrite of I Am Legend, with Arya pottering about and evading White Walkers, or it might be that, as one fan theory has it, Arya is being manipulated toward the Iron Throne by assassins' guild the Faceless Men as part of a proxy war being waged on behalf of the God of Death. It's a reach, granted.

The high-born but low-key illegitimate son of King Robert Baratheon and part-time blacksmith is a dark horse for the Iron Throne, and if Jon and/or Danaerys cop it before they can take over, Gendry would be there to sweep up. Then again, the only way for anyone to know if he actually is a legitimate heir after all would be via magic, and he's not exactly got the temperament, education or training to be a decent king. Might be a bit odd to give the throne to a character who went AWOL for three seasons too. 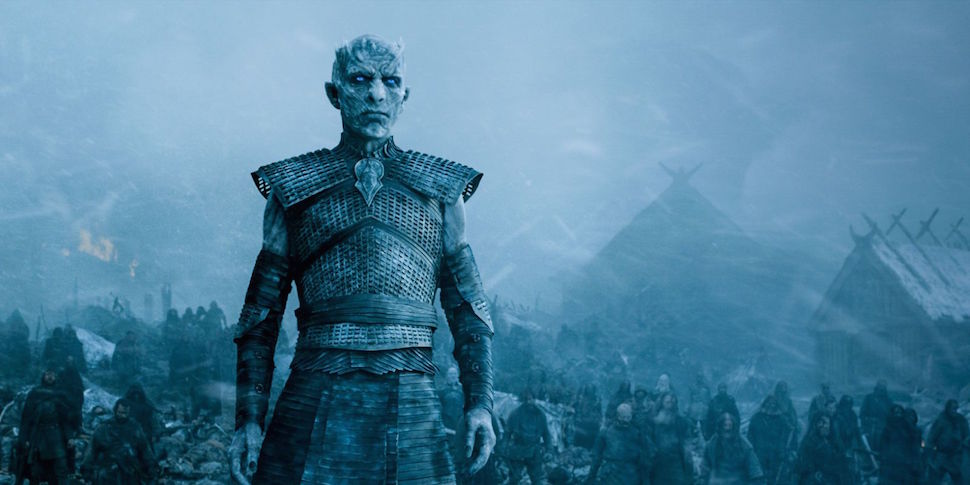 We're all assuming the threat which brought together the warring factions of Westeros is just a scary bloke / antagonist there to be defeated. What if he isn't though? He and his army have massed at Eastwatch-by-the-Sea and he's got an undead dragon on his side these days too. Imagine - just imagine- how furious and devastated fans would be if the entirety of the principal cast were eviscerated one by one, leaving this guy to preside over the coming ice age. It's almost too delicious.

Having tried to work her will through proxy rulers in Joffrey (horrible little git, eventually poisoned) and Tommen (bit daft, eventually jumped out of a window), Cersei was finally crowned as queen in her own right at the end of season six and won't fancy giving it all up. With Targaryens launching their forces at the White Walkers, and the Iron Fleet and the Golden Company at her command, Cersei could strike back at her old enemies when they're reeling from the battle in the North to really cement her power, no doubt via the most devious and bloodthirsty means possible.

The time when Tyrion's silver tongue, ingenuity and knack for nimble politicking could have made him a power-player in his own right might have passed. One fan theory runs that Tyrion could launch himself toward the the Iron Throne were it to turn out that he was an illegitimate Targaryen, as the books hint that Prince Aerys–later known as the Mad King–raped Tyrion's mum Joanna Lannister, and Tywin Lannister always insisted that Tyrion was no son of his. The dragons seem to quite like him too, suggesting he's got Targaryen blood. Still, it's a bit of a leap.

Or, possibly, a ruler like Jon or Daenerys will let the kingdoms of Westeros rule themselves, with the Iron Throne being melted down and turned into commemorative 50p pieces. Jon's been a bit anxious about the idea of leading the entirety of Westeros and Danaerys says she wants to "break the wheel"; does that mean they could devolve and modernise the state of Westeros together? To pivot from vaguely retelling the story of the Tudor dynasty to loudly advocating federalism would be a bit of an odd one, but it's no more daft than reviving your clearly dead leading man with some wibbly-woo involving whispering in his ear and giving him a haircut.