Maybe it's for the best, though. 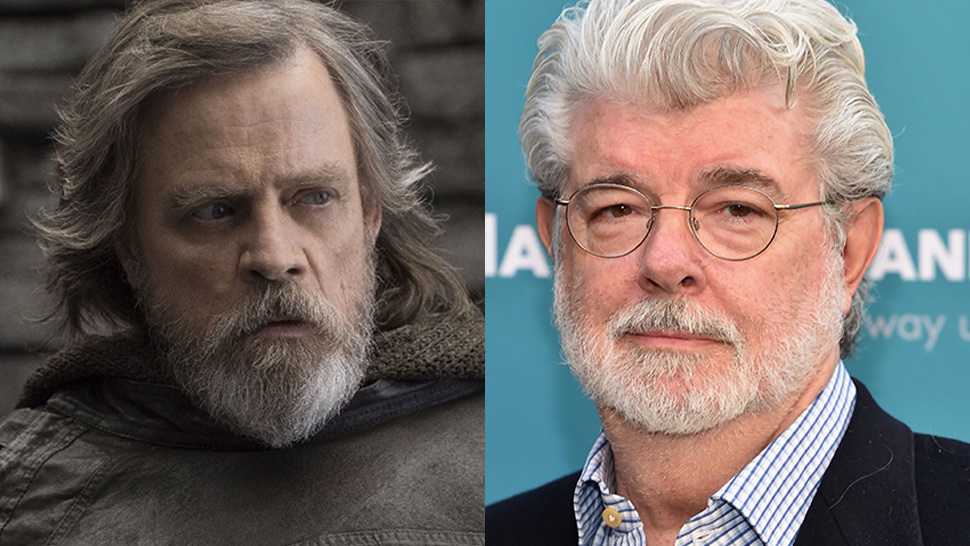 You have to imagine the last few years have been tough on George Lucas. Yes, he's sitting on a mountain of money (a modest $6 billion), but Star Wars—his creation that changed science fiction and movies as a whole—has been put in the hands of a massive corporation to see his vision forward without his creative control. To be clear, it's hard to feel too bad for him given the whole $6 billion thing, but still, it's likely not the most enjoyable situation to be in with Disney. And in Disney CEO Bob Iger’s memoir The Ride of a Lifetime: Lessons Learned from 15 Years as CEO of the Walt Disney Company, he reveals that Lucas felt upset and betrayed when he was informed that the House of Mouse would be going in a different direction with his franchise.

As Iger remembers in his memoir, via comicbook.com:

At some point in the process, George told me that he had completed outlines for three new movies. He agreed to send us three copies of the outlines: one for me; one for [Walt Disney Company Senior Executive Vice President, General Counsel and Secretary] Alan Braverman; and one for [Co-Chairman and Chief Creative Officer, Walt Disney Studios] Alan Horn, who’d just been hired to run our studio. Alan Horn and I read George’s outlines and decided we needed to buy them, though we made clear in the purchase agreement that we would not be contractually obligated to adhere to the plot lines he’d laid out.

He knew that I was going to stand firm on the question of creative control, but it wasn’t an easy thing for him to accept. And so he reluctantly agreed to be available to consult with us at our request. I promised that we would be open to his ideas (this was not a hard promise to make; of course we would be open to George Lucas’ ideas), but like the outlines, we would be under no obligation.

Later, Iger, Lucas, screenwriter Michael Arndt, and Lucasfilm President Kathleen Kennedy had a meeting at Skywalker Ranch to “talk about their ideas for the film.”

George immediately got upset as they began to describe the plot and it dawned on him that we weren’t using one of the stories he submitted during the negotiations...The truth was, Kathy, [The Force Awakens writer-director] J.J. [Abrams], Alan, and I had discussed the direction in which the saga should go, and we all agreed that it wasn’t what George had outlined. George knew we weren’t contractually bound to anything, but he thought that our buying the story treatments was a tacit promise that we’d follow them, and he was disappointed that his story was being discarded,” Iger continues. “I’d been so careful since our first conversation not to mislead him in any way, and I didn’t think I had now, but I could have handled it better. I should have prepared him for the meeting with J.J. and Michael and told him about our conversations, that we felt it was better to go in another direction. I could have talked through this with him and possibly avoided angering him by not surprising him ... Now, in the first meeting with him about the future of Star Wars, George felt betrayed, and while this whole process would never have been easy for him, we’d gotten off to an unnecessarily rocky start.

To be fair, Lucas has discussed what he wanted to do with episodes seven through nine, and it sounds something like a mix between an episode of The Magic School Bus and Osmosis Jones. It would have involved things called the Whills and explored the microbiotic world of the Star Wars universe. He even admitted in an interview that "a lot of fans would have hated it," like they did Star Wars Episode I.

So yes, it sounds like an awkward situation, but maybe it's for the best. After all, Lucas was responsible for Jar Jar Binks.