The Starbucks cup was just the beginning.

It's pretty crazy for a major show like Game of Thrones to mess up. If you think about it, someone from its hundreds of crew and cast members should be able to spot a mistake before a scene is done filming. But alas, even great movies such as Star Wars Episode IV: A New Hope, Pulp Fiction, and Braveheart have had huge blunders.

GoT fans are a clever bunch, so when a Starbucks cup came up on screen on this week's episode, countless memes were born. Even Starbucks got in on the joke and tweeted, "TBH we're surprised she didn't order a Dragon Drink."

Yesterday's inadvertent product placement was hardly the show's first. We can't blame you if you missed a couple of gaffes throughout the show's eight seasons—especially when you consider it would take two days, 15 hours, and 30 minutes to watch seven seasons. Here are the greatest Game of Thrones mistakes, goofs, and bloopers. 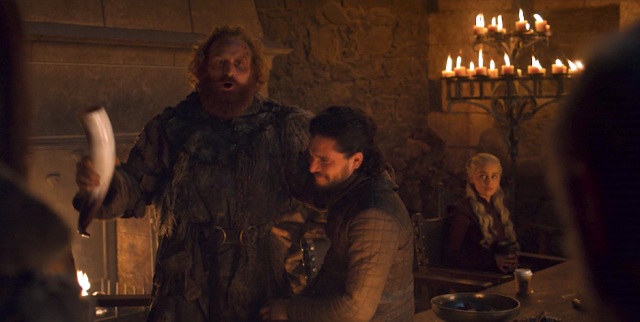 One of the most obvious mistakes came from season eight episode four. While everyone was having a post-celebration drink, Dany opted for a cup of joe with Starbucks' trademark white lid and cardboard sleeve. If you look closely, you can even make out the coffeehouse chain's logo. Game of Thrones art director Hauke Richter told Variety that the mistake had been “blown out of proportion” and that “things can get forgotten on set.” 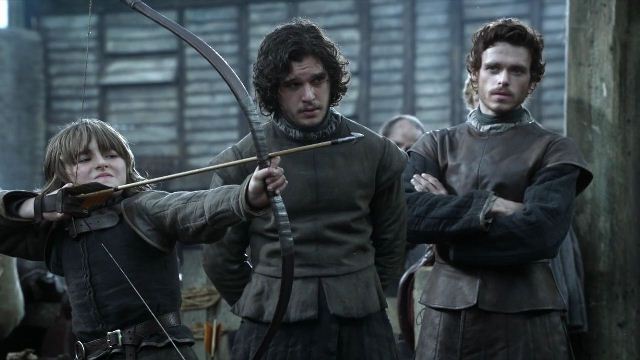 This one is minor since there's room for error in a pilot. In the first episode of Game of Thrones, the first time we saw Jon Snow and Robb Stark, the two appeared clean shaven. Later in the episode, however, a whole scene was dedicated to the brothers being groomed for King Robert's arrival. The continuity error started even earlier when they found the direwolves. 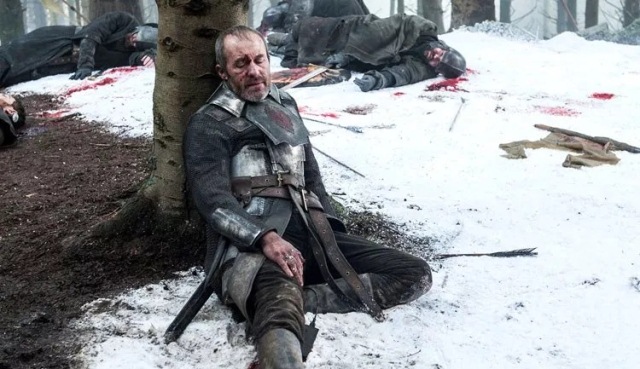 Who could forget the end of season five when Stannis and his forces were defeated outside Winterfell? It was particularly shocking since Stannis was a major character in George R.R. Martin's books. What many failed to see were the wires sticking out of his leg as Brienne of Tarth avenged Renly's death. Along with the wires, a device that looked like a computer charger was also seen.

During the Battle of the Bastards, Jon Snow, equipped with his sword Longclaw, bravely charged toward Ramsay Bolton. It was an epic battle that gave us the ending we wanted. During the scene, however, an Imgur user noticed that the sword was a little different from the Valyrian steel we all know about. 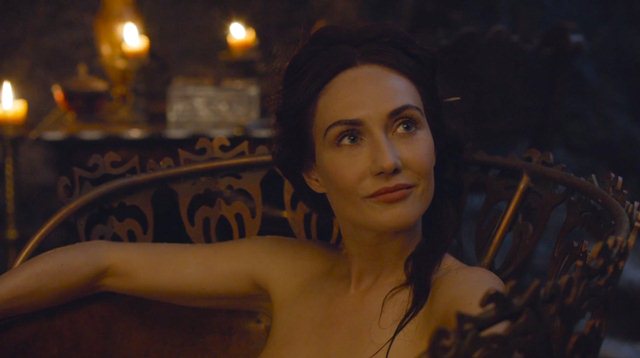 In season six, we saw the full extent of what Melisandre's magic could do to her physically. The gist of which is that her magical necklace kept her looking young. If you go back two seasons, however, we saw Melisandre bathe sans choker, while chatting to Selyse Baratheon. She remained in her youthful form the whole time and not in her real 400-year-old body. Of course, there is the fact that Melisandre is a powerful witch. Still, it was a continuity error.

6| Sons of the Harpy's missing bodies

Season five was clearly a crazy time for the production team. In episode four, the Unsullied, Ser Barristan Selmy, and Grey Worm took on the Sons of the Harpy in Meereen. It was a pretty heavy scene as the fight ended with a room full of dead bodies. But even in death, the Sons were so sneaky that their dead bodies vanished without a trace. 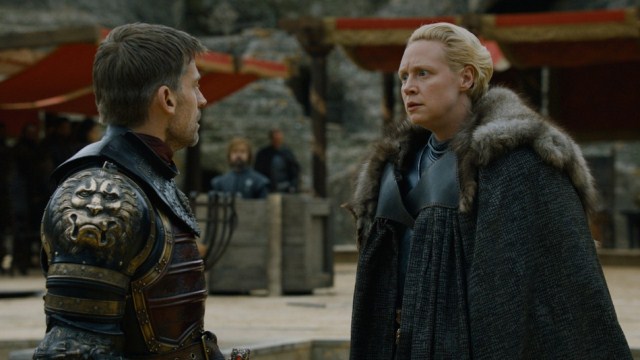 Danish actor Nikolaj Coster-Waldau who plays Jamie Lannister is 6'1" while Gwendoline Christie who plays Brienne is 6'3". Seeing as Christie towers over Coster-Waldau, it gets confusing when their heights vary per episode, with Jamie being the same height or even taller at times. 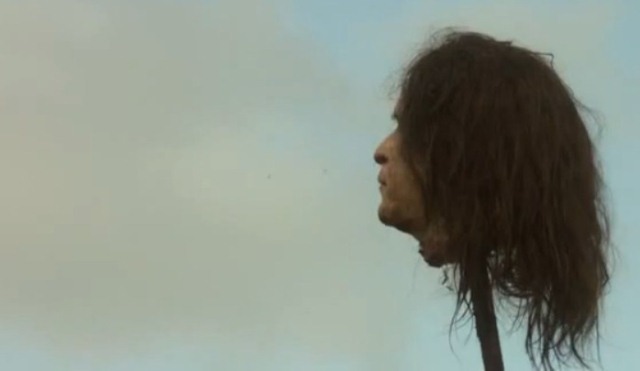 One of the secrets of film production is that they reuse anything in the studio to save on expenses. At times, this can be existing sets and hair pieces. Even head molds have been known to reappear in different television shows and movies. Often, eagle-eyed viewers recognize the likeness a head mold was based on. Sometimes, this can be a cause of controversy. It's something the Game of Thrones' prop room learned the hard way after they used a mold of George W. Bush's head. If you rewatch the scene of Ned Stark's head propped up on a pike, you'll see the 43rd President of the United States with long hair. The producers even confirmed and apologized for the mistake in the DVD commentary for season one.

After the Battle of the Blackwater, Margaery Tyrell visited the orphans of the massacre. While she was compassionately handing out toys, an all too familiar chime can be heard. Many have pointed out that the sound is similar to a cellphone's e-mail notification or even a text ringtone. Could it be that the Seven Kingdoms' technology was more advanced than we previously thought?

With each season, Game of Thrones has topped itself with its expansive fight scenes. In this battle beyond the wall, someone made the noticeable mistake of forgetting to add a CGI White Walker. One of the extras next to Beric Dondarrion is quite literally waving his weapon around and fighting air.

An Investigation Into the Game of Thrones Coffee Cup Cameo
View More Articles About:
Game of Thrones
television
EVERGREEN
More Videos You Can Watch