Cool young kids in NYC? Pull the other one

Twenty-five years on, and Friends hasn't aged all that well. Gay jokes, transphobia and perennial gas lighters by the name of Ross Geller may have all seemed hilarious when set to canned laughter in 1996, but are less so now society has taken a long, hard look in the mirror.

But one thing that was obviously dreadful about the show even then is the work of the costume department. Despite its astounding success, Friends was thoroughly miserable in its wardrobing of the friendship group to be. Bright young things of Manhattan? More token mature student on University Challenge. 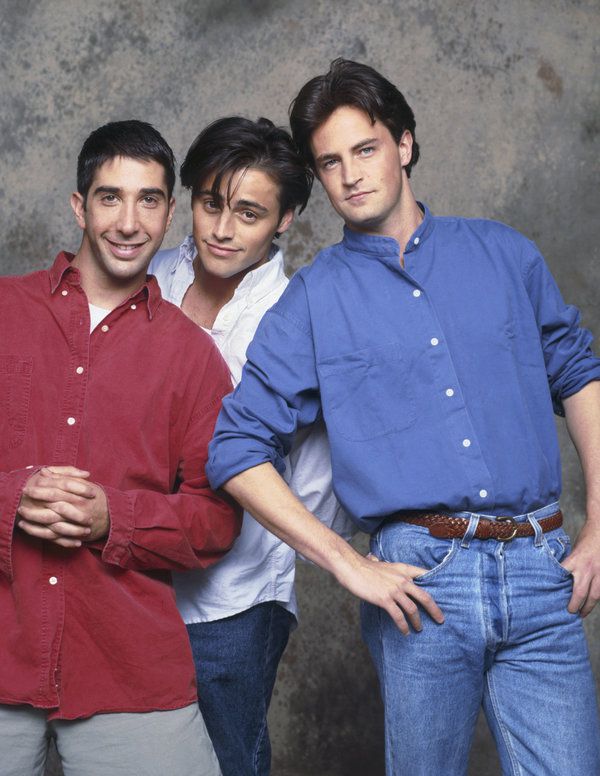 In addition to crafting a collection of decidedly naff New Yorkers (when was the last time these people went to a club, for instance?), Friends cemented the uncool thanks to an homogenous blob of forgettable nineties 'fits. The boys, forever garbed in the trite-umverate of an oversized shirt, T-shirt and puddling jeans. A bit of wet look gel, but not too much mind. And if it was a posh do, expect nothing less than fifty shades of baby s**t brown.

But they were the trends, we hear you cry. We were all dressing like that!Which is precisely the point. Friends depicted a life and social circle out of your grasp; nobody saw their mates this much, and certainly not in a multi-million pound apartment paid for by the salary of a sous chef. They were never 'just like you'. But instead of leaning into the more unattainable (and now resurgent) trends of the nineties - Versace chain ropes, maharishi or the plumped up sneaks of Seinfeld - the Central Perk lot encapsulated the laziest possible approach to men's style, one that lives on today in bad triptych family photos and Mark Zuckerberg. 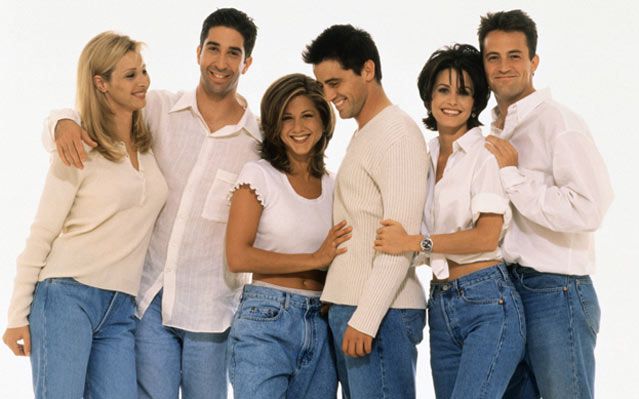 Of course, there are exceptions. Rachel was a trend-setter in the grooming department for every mother south of 35. Joey once went sleeveless. But for every glimmer of directional style, there was a sea of pedestrian looks punctuated with the odd joke about white people wearing African braids.

More worrying however, is how little the kids seems to care. A recent survey found that Friends was the favourite of 5 to 16-year-olds, who, in their heady, directionless youth, seem unfazed by David Schwimmer in yet another sad sorry V-neck.

They won't be forgotten anytime soon, either: Netflix has renewed its chokehold on the nineties hit show for a comical $100m. That means we'll have to stomach the bad jokes for a little while longer. We're just not sure our eyes can take it.