Justice League was a bad movie. In fact, Justice League was such a bad movie that it also somehow managed to ruin Henry Cavill's extremely handsome face. The story of his infamous mustache has been one of the most hilarious Hollywood fuck-ups of the year. While he was filming Mission: Impossible—Fallout, Cavill needed to go back and do reshoots for the DC blockbuster. The problem was, at the time, Cavill had a mustache—for reasons that were unnecessary to the plot—in Fallout. Well, instead of shaving the mustache, he ended up filming the reshoots of Justice League and his facial hair was removed with CGI.

Unfortunately, this looked really bad. And in certain scenes of Justice League, Cavill's face had some sort of weird uncanny valley quality to it.

In a new interview on the Empire Podcast, Fallout director Chris McQuarrie explains what a nightmare Mustachegate was for Paramount Studios.

When the question came—the reshoots for Justice League came out—Roven called me, and he said, ‘We need your help and we need to shave Henry’s moustache. We need him to come back and we need to do these reshoots.’ And I said, ‘Look, Chuck, naturally I want to do everything I can to help you, but I also have to think about our production. Let me talk to everybody and figure out what the scheduling would be.’ And I went and spoke to [Mission: Impossible—Fallout producer] Jake Myers, and the suggestion was made through channels that we shave the moustache and Henry could begin to grow the moustache back and that then there would be—they would give us the resources to digitally fill in Henry’s moustache. Because like it or not, a fake moustache in close-up on a 75mm lens is never going to look like anything but a fake moustache.

So, we offered the following compromise: Jake Myers calculated the amount of money that it would take to replace the number of shots, and essentially what Jake was able to project was about a $3 million visual effects budget.

McQuarrie was going to agree to take the $3 million and put the production on hold, until Paramount stepped in.

We said, here’s what we’ll do: give us the $3 million and we’ll shut down, and that will give Henry Cavill the time to grow his mustache back, and we’ll just shut our movie down. We said we’ll do this, at which point, somebody from Paramount Pictures said, ‘What is going on? What are you people even talking about?’ They’re like, ‘There’s no way we’re going to do that.’ We were just like, ‘Okay.’ That was the best plan that we could come up with.

That is some real petty drama right there. 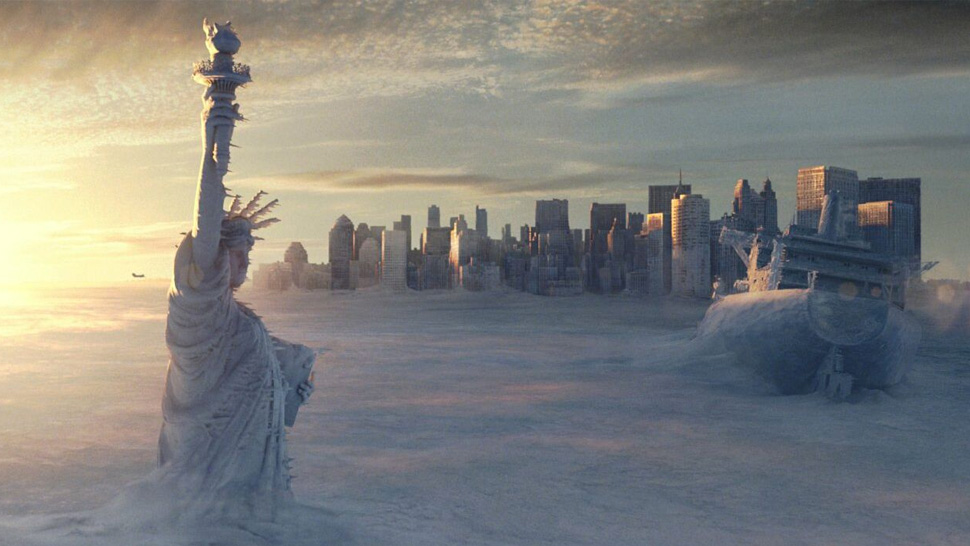 Why Are There No Decent Blockbusters About Climate Change?
All Photos
Comments
View As List