"Walang Himalaaaa!" (And Other Things Nora Aunor Has to Say About Himala: The Musical)

The Superstar called it! 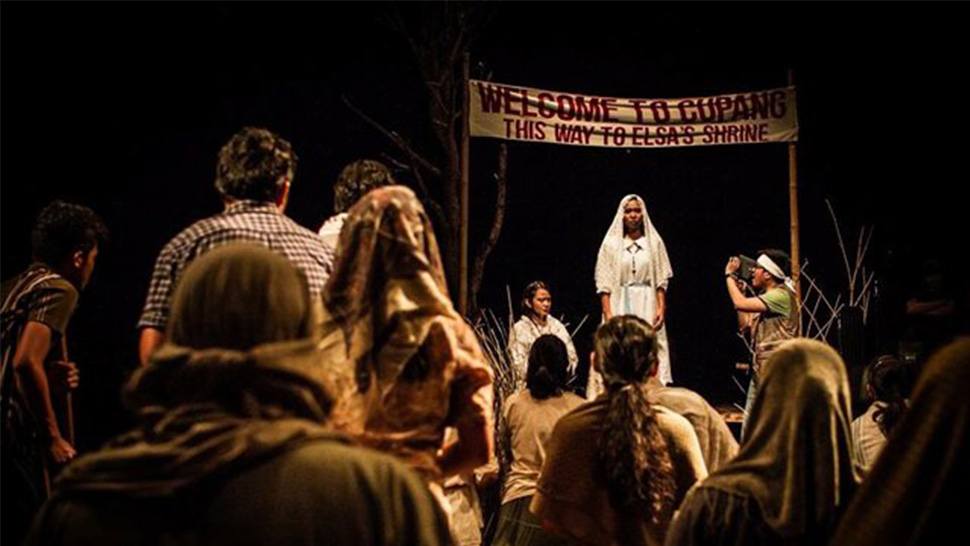 With just one weekend in, Himala: Isang Musikal has been raking in praises and raves among theater-goers, actors, and critics. Acclaimed choreographer PJ Rebullida says: "It doesn't feel like a show, it feels like an immersion—like you're being doused in something otherwordly, which actor-singer Sam Concepcion agrees to: "It felt like I was in that town and you're seeing it unfold right in front of you. But there's probably only one reaction that matters: that of Superstar Nora Aunor who played the quintessential role of Elsa in the original 1982 film. 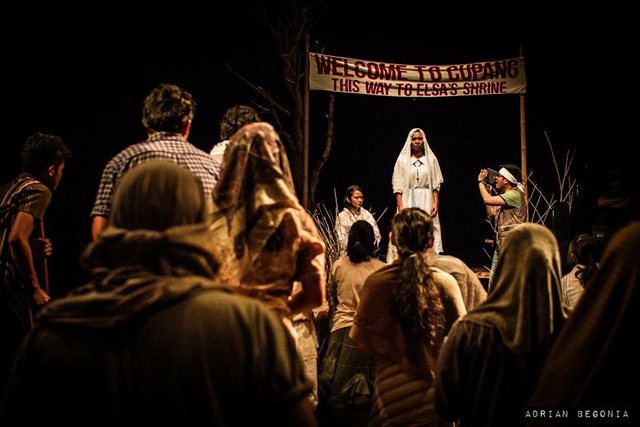 Himala's story is based on eight pre-teen girls from Cabra in Occidental Mindoro who have claimed to have seen the Virgin on a hill while walking home from school. This was in 1966, and the presence of the Immaculate Conception was felt on the islet until 1972. A decade later, scriptwriter Ricky Lee and director Ishmael Bernal created the classic film in the province of Ilocos Norte in just three weeks with a budget of only P3 million. Instead of Cabra, there's the fictional town of Cupang; and instead of eight preteen girls, there's Elsa who is gifted healing powers after seeing an apparition of the Virgin on a hill. 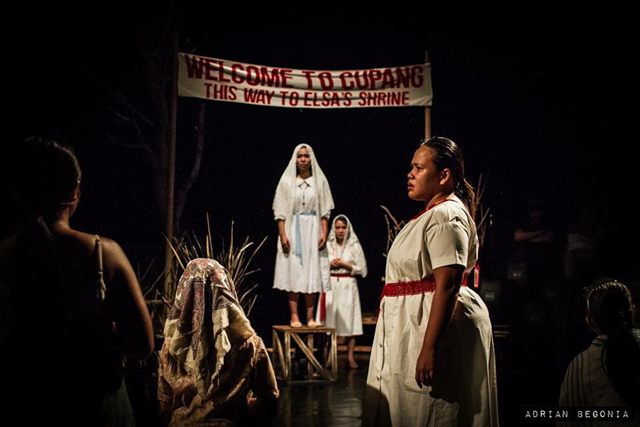 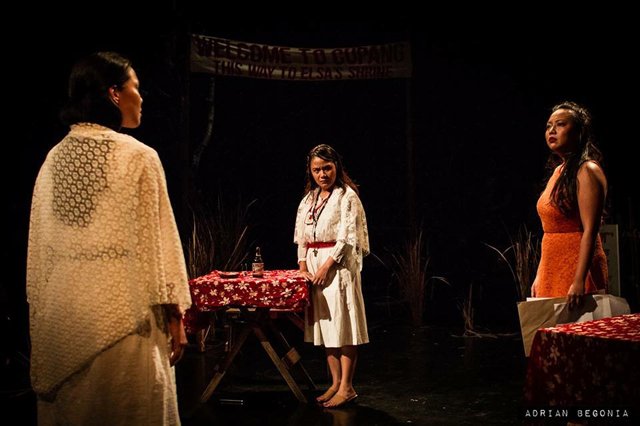 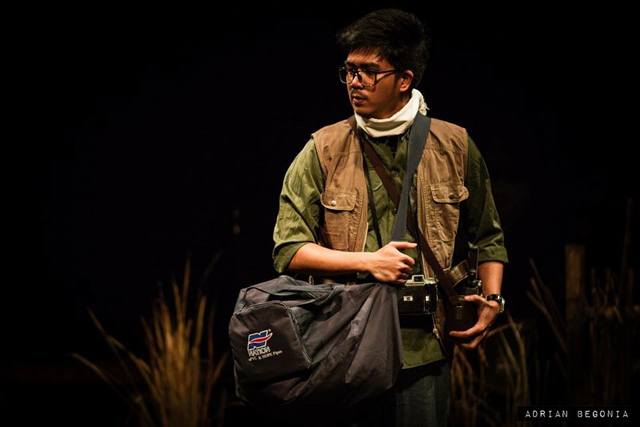 David Ezra as Orly, the filmmaker

This is the milieu that Himala: Isang Musikal presented in a theater-in-the-round style. The audience, just behind makeshift huts and fences, becomes the townspeople caught in the belief (or disbelief) that Cupang can be saved by Elsa. Cast members would sing behind the curtains and the bleachers, creating an illusion that theatergoers are actually part of the village. For a good two hours, Aicelle Santos as Elsa turns the crowd into believers on what she can do (and what she cannot do). As the famous line goes, "Walang himala! Ang himala ay nasa puso ng tao, nasa puso nating lahat! Tayo ang gumagawa ng mga himala! Tayo ang gumagawa ng mga sumpa at ng mga diyos."

"'Yong Himala po, simula noong ginawa namin magpahanggang ngayon ay tinitingala pa rin ng mga tao. Kahit saan po kayo pumunta, pinag-uusapan talaga ang Himala," Aunor adds about the creation of both the film and the musical. This theater adaptation by 9 Works Theatrical and The Sandbox Collective production celebrates the 15th anniversary from the time it was first staged—the one produced by Tanghalang Pilipino held at the Cultural Center of the Philippines. 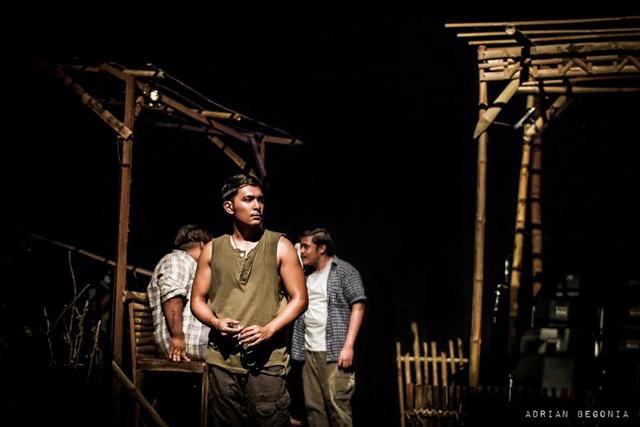 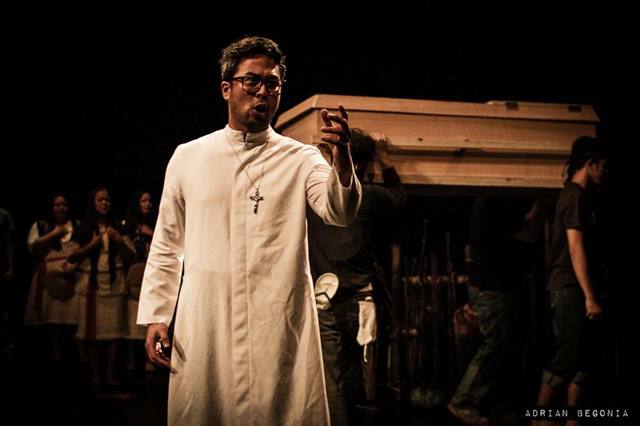 Floyd Tena as the priest of the town

Thanks to Lee's script, Vincent De Jesus' music and lyrics, Jed Balsamo's musical arrangement, and Ed Lacson's direction, the story of Elsa can now be appreciated by a new generation, adding to the legend that is Himala. 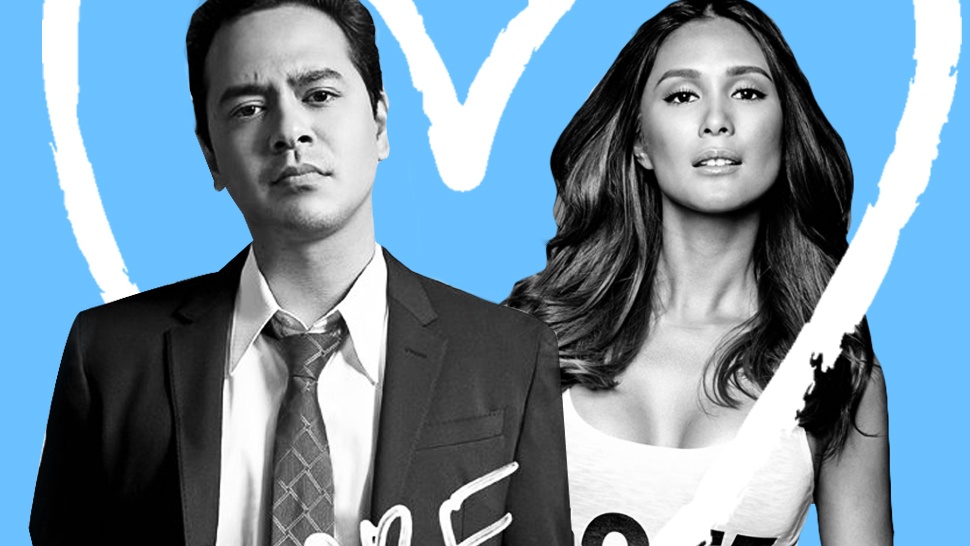 Black Panther is the Most Important, Most Political (and Politically Correct) Marvel Movie Yet
All Photos
Comments
View As List