Dan Villegas and Juan Miguel Severo talk about their new movie, and what it took to get it made. 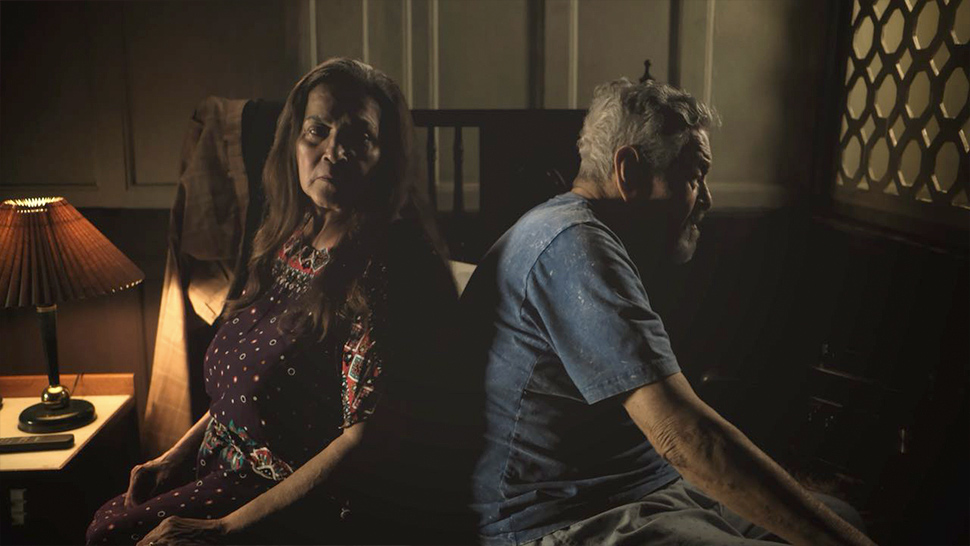 Dan Villegas and Juan Miguel Severo were late to their own premiere.

Their latest film, Hintayan ng Langit, opened to viewers on November 20, 2018—the very same day of Chinese president Xi Jinping’s visit to the Philippines wreaked havoc on Metro Manila’s traffic situation. Held up by swathes of cars navigating through roads congested by Skyway closures, Severo arrived roughly half an hour past his call time. Villegas wasn’t as lucky, getting to Glorietta at 7:30p.m.; the movie was scheduled to start at 7:00p.m.

The audience didn’t seem to mind, however. They were hungry to watch a good, original Filipino story unfold on the silver screen, but they were more than willing to wait, if it meant they’d be seeing a quality film.

He laughs a little, eases into his seat, and starts talking a little more casually. “All that was left, bro, were the STs [Sex Thrillers] of Viva [Films]. That was all there was. And you had to try to make the best out of the mould you needed to follow as a filmmaker.”

Hintayan ng Langit itself is a film that likely wouldn’t have been made a decade ago. The film, based on a Virgin Labfest play by Severo, follows the unconventional tale of an old woman (Gina Pareño) reunited with her ex (Eddie Garcia) in Purgatory. The script goes heavy on metaphysical concepts, clever world-building, poignant dialogue, old-person problems, and an ample amount of waiting—elements that definitely would not have fit into Philippine cinema’s early 2000s mould. The fact that it was adapted from an original Filipino play alone would’ve made it an unlikely candidate for film back in the early 2000s, and yet it’s the third such adaptation to get a wide release within the past 12 months.

Severo, a poet whose quaking voice betrays an abundance of passion, attributes the change in attitude to the current generation of young directors, a crop he believes is just as hungry for new material as he is.

“The new breed of filmmakers is hungry for very good stories, the kind that really encapsulates human experience,” he says. The stage, he believes, is a valuable resource in this respect. “I think we need more adapted material,” he shares. “The main reason for producing plays is to tell a good story, right? Unlike with movies, where the capacity to sell tickets matters more. That’s where theater companies pull ahead of us [the film industry].”

“The new breed of filmmakers is hungry for very good stories, the kind that really encapsulates human experience” 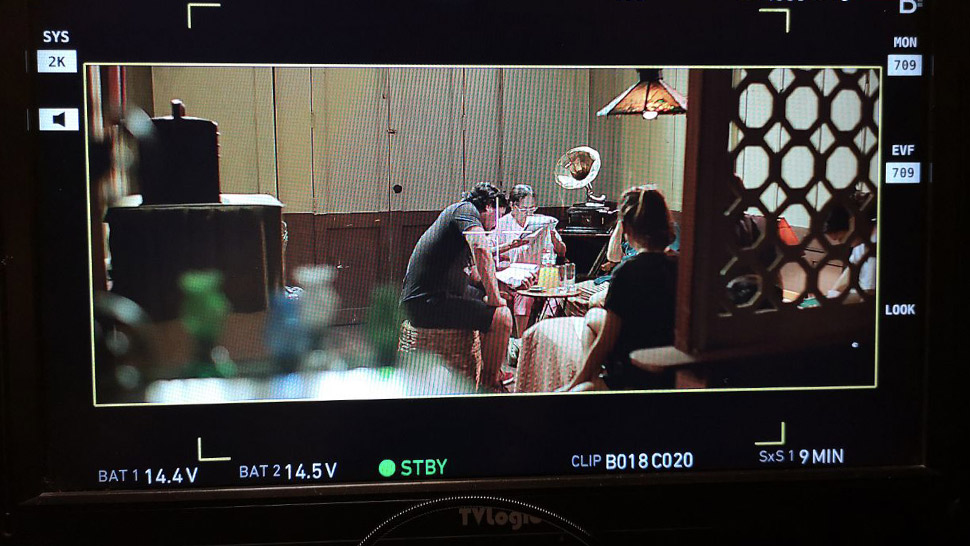 Villegas echoes the sentiment. “I wish the Philippines had more variety.  Not the sort that’s all arthouse, even—what if you just want to leave your brain at the box office and watch a movie? Or if you want to think a little more deeply, you should have something to watch for that, too. Ideally, we should have a complete set of options.”

The festivals are populated by films like Hintayan, telling stories that are rarely found in typical mainstream fare. Changing Partners (also directed by Villegas) depicts the collapse of a relationship in the form of two couples with interchanging actors, a jarring storytelling device that underscores the universality of heartbreak. Patintero: Ang Alamat ni Meng Patalo is a hyper-stylized, Kung Fu Hustle-esque story of a young girl overcoming impossible odds in a high-stakes patintero tournament. The briefly controversial Bliss was loaded with such heavy psychosexual themes that censors nearly halted its release.

Beyond the diversity in stories, Philippine cinema is also seeing increased diversity in languages—of which the country has more than a hundred. The modern masterpiece Kung Paano Hinihintay ang Daptihapon mixes Kapampangan dialogue with Tagalog, Patay na si Hesus is almost entirely in Bisaya, and Pan de Salawal features effortless code-switching between three distinct languages; a herculean effort in most Hollywood films, but an oft-understated mark of verisimilitude in the multilingual Philippines. While language might seem a trivial element on the surface, the usage of different tongues allows filmmakers to explore stories from a greater variety of perspectives.

The boom in creativity, however, is more or less contained within the festival circuit. Commercial releases like Hintayan’s are a rarity, and full runs of these movies in major cinemas are rarer still. Not only are the films subject to being pulled out of theaters on a day-to-day basis, but they’re also at risk of losing significant amounts of money due to factors beyond their control, turning filmmaking into a gamble.

Commercial releases like Hintayan’s are a rarity, and full runs of these movies in major cinemas are rarer still. 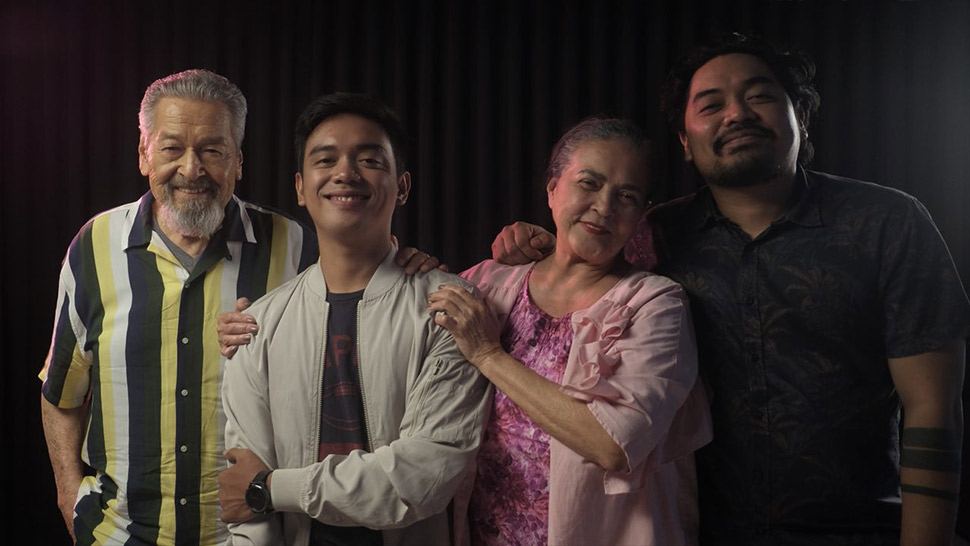 Severo agrees, and adds a point on how arbitrarily determined tax incentives impact a film’s profit margin. “The taxes on Filipino films are way too high! I’m thankful that the Cinema Evaluation Board [CEB] gave Hintayan a ‘B’ rating, which means they only get 50 percent of our profits, but it’s still just a handful of people deciding how much money a film crew of hundreds can take home for their work.”

Severo is alluding to tax incentives for films are based solely on the ratings given by the CEB, a group of 20 representatives from multiple industry sectors. Roughly explained, a film is given one of two ratings based on quality—A or B—and is rewarded accordingly. An A-rated film is entitled to 100% of the amusement taxes earned from ticket sales; while a B-rated film earns 65% of the taxes, with the remaining 35% going to the Film Development Council. The system is meant to incentivize making higher quality films, while ensuring that the government still gets its fair share.

However, the body that decides on a film’s quality doesn’t always make popular decisions. Recently, two critically acclaimed films, Balangiga: Howling Wilderness and Gusto Kita with All My Hypothalamus were at the center of an uproar when the CEB deemed them unsuitable for rating, denying them any sort of tax incentive.

That Hypothalamus was given what is essentially a zero rating was of particular issue to Severo. “Take Gusto Kita with All My Hypothalamus, for example. For me, it was a critique of toxic masculinity and how masculinity can be. It was a study of loneliness and solitude. But for them [the CEB], it was ‘absurd’ and ‘obscene’. But just how many people made that decision? Now, it’s getting awards in other countries. Where was the government’s support before that?”

“Instead of fighting each other, maybe the best way is dialogue. Proper dialogue between the cinema owners and the filmmakers and the government." 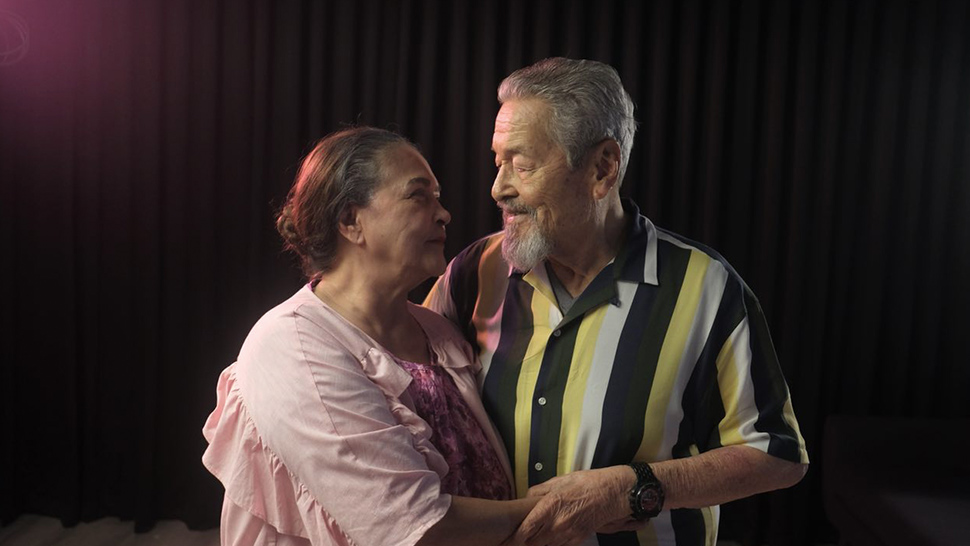 With cinemas dropping films before they get a proper chance to earn at the box office, and with the government running inhospitable tax systems on top of a shortage of support, the 21st century renaissance of Philippine cinema is stuck in traffic. Although the industry shows tremendous potential, the rate of progress is significantly slower than it should be. Unless something changes, films like Hintayan ng Langit are at risk of being too late for their own party.

That change, Villegas believes, needs to come from mutual understanding. Each party—the filmmakers, the cinemas, and the government—are all looking out for their best interests, after all, but those interests clash far too often. If all sides manage to find a compromise, however, the industry could very well reach greater heights than ever before.

“Instead of fighting each other, maybe the best way is dialogue. Proper dialogue between the cinema owners and the filmmakers and the government. Their interests conflict with each other—one side wants to make movies, the others want to make money. Maybe there’s a ‘gray area’ we can all work with. I don’t know what that is, but someone way smarter than me will think of an idea that makes all parties happy. I just hope that happens in this lifetime.”

For now, however, what audiences can do to encourage that dialogue, to prove to cinemas that Filipino films can in fact be profitable, to show the government that the movies are worth additional support, is to watch them before they’re pulled out.

Films like Hintayan ng Langit, with its excellent premise and the intensely passionate minds behind it, don’t always get commercial releases. The releases, in turn, don’t always last long.

In this case, the last thing audiences should do is wait.