The True Story of How Freddie Mercury Joined Queen, According to The Band's Original Singer

Tim Staffell explains what Bohemian Rhapsody got wrong about how he left Smile. 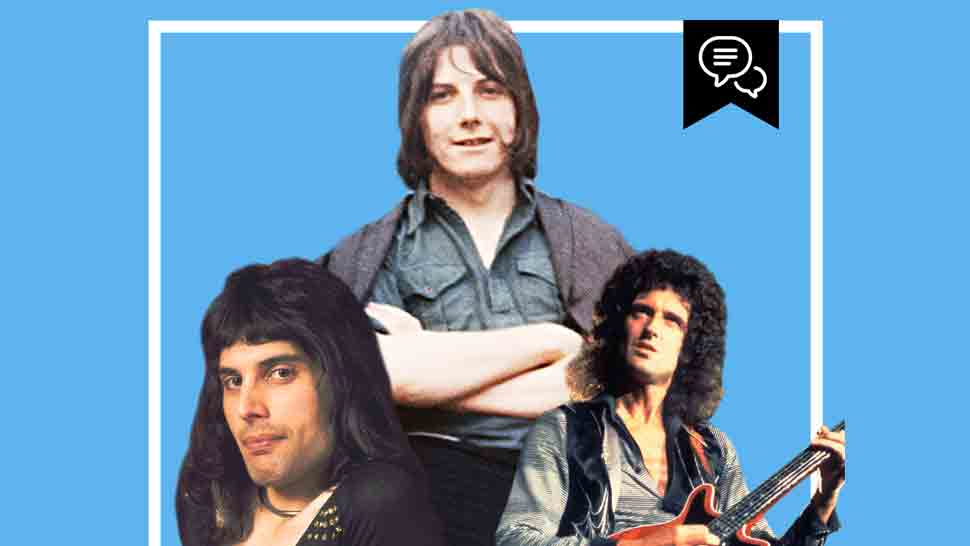 In the early '60s, two high school friends in London—Tim Staffell and Brian May—formed a five-piece rock band called 1984. Despite the Orwellian band name, Staffell says it was actually a "kind of fun covers band" that got regular gigs around London. After high school, the band broke up, but Staffell and May stuck together, and eventually found a drummer named Roger Taylor to form a new group called Smile.

Although the band was together for only two years, it has an important place in music history as the rock group that laid the foundation of what would become Queen. Between 1968, when the band was formed, and 1970, when Staffell left, Smile was a powerful voice in the '60s London rock scene. It was a tight-knit community, and Staffell and the other members of Smile were friends with a young musician who called himself Freddie Mercury and played music with a few other bands. 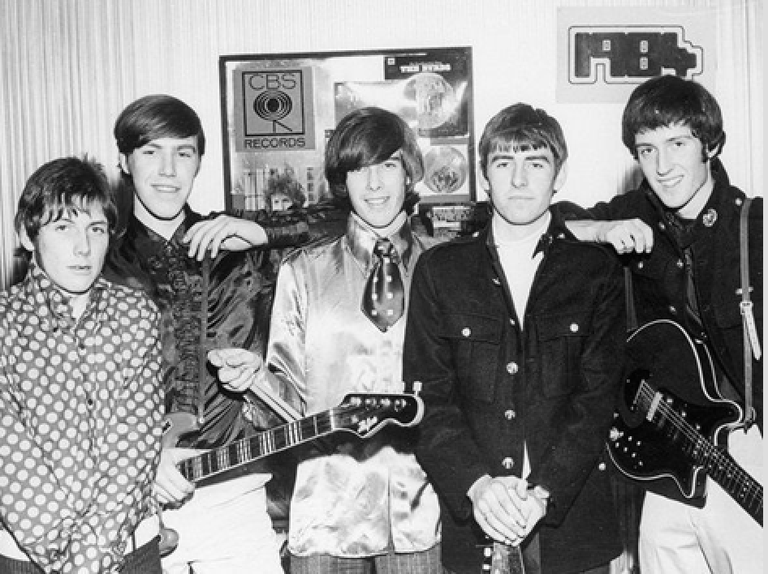 ADVERTISEMENT - CONTINUE READING BELOW
Brian May and Tim Staffell with their first band 1984. IMAGE: courtesy of Tim Staffell

The story of Smile, Staffell leaving the band, and Mercury joining with May and Taylor to form Queen serves as the opening backstory to the Oscar-nominated biopic Bohemian Rhapsody.

But the story that audiences have seen in the movie—which broke box-office records for the highest-grossing music biopic—isn't the real one. The film shows a young Mercury attending a concert at a London club. The band performing is Smile, playing its original song "Doin' Alright," which was later re-recorded by Queen. (That's Tim Staffell's voice in the movie; he recorded a version of the song for Bohemian Rhapsody.) After the show, Mercury watches as Staffell heatedly quits the band. Seeing his opportunity, Mercury walks up to the remaining musicians, introduces himself, and stuns the guys by singing his own a cappella version of the song. The rest is history ... or at least it would be if Bohemian Rhapsody didn't tell a fictionalized version of Queen's story.

In an interview with Esquire, Staffell—who released an album last year and is prepping another in 2019—explains the true story of how he left Smile, how Queen was formed, and the details Bohemian Rhapsody left out or changed. 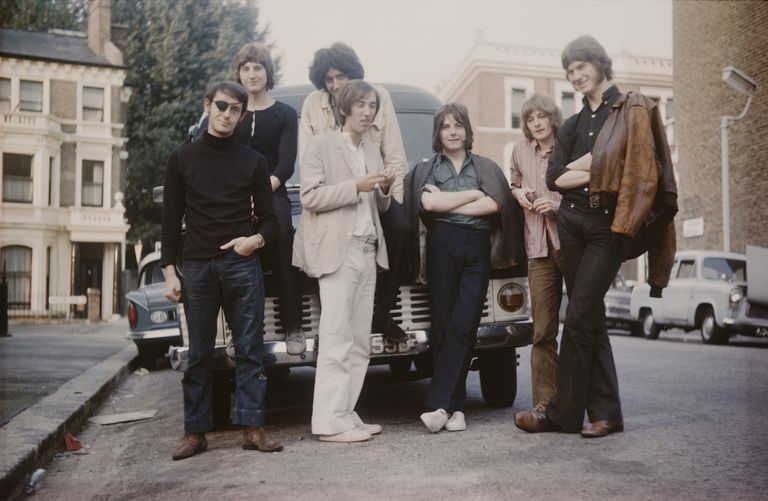 There was no animosity when Smile parted ways.

My departure from Smile was completely amicable. I began to want to play music that was more improvisational. I was drifting towards listening to jazz and blues. The movie has used artistic license to depict the departure, but it wasn't really like that because Freddie and I were good friends at college. Freddie joining the band was very natural, as he was really good friends with the band members before I left and simply dovetailed in. I just said to them, 'Look guys, I've already gone for some auditions,' and I said, 'I'm not happy with this anymore and I don't think it's gonna work out.' How wrong could you be?

Unlike what we see in the movie, Mercury and Staffell were good friends from college.

We were in the same year at art school. We were taking the same course. The thing about Freddie was, he always had an unshakeable faith in himself. People would say that he was shy, but deep down he had this absolutely unshakeable faith. He used to say that he was gonna be a superstar someday. He used to play air guitar, using a meter long steel rule, in the classroom, which was amusing.

He was like that in those days. But such a genial guy, no malice in him. He was a positive force in the world. He was taken too early, but he was a very good friend. 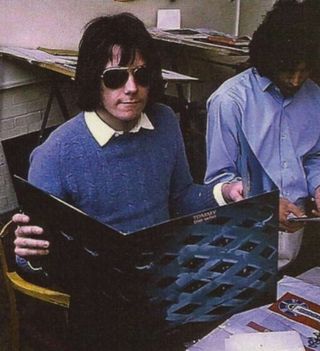 Staffell, Mercury, and May were all connected through the tight-knit London music scene.

The music scene in London in the '60s and '70s was really formed from the ground up. It was kids making it up in their garages, in their living rooms. Almost everybody in the social circle was a musician. You couldn't separate the social aspect from the musical aspect. So we had a big pool of musical friends that would combine and recombine, trying different band ideas out. It was like a melting pot. Freddie socialized with us when we had gigs, when we did gigs, went to parties and in return, we socialized with Freddie, with his band, with his parties and with his social gatherings.

Freddie had a way of drawing his lips back over his teeth. I guess it was a nervous thing.
I think he had it all his life, even towards the end, he still did it. He used to draw his lips back, as if to just relieve the discomfort. Rami had seen that and copied it. I saw it in the first clip and thought, wow, he has done his homework so much that he's dropped into character by observation. He's serious about pulling this off. 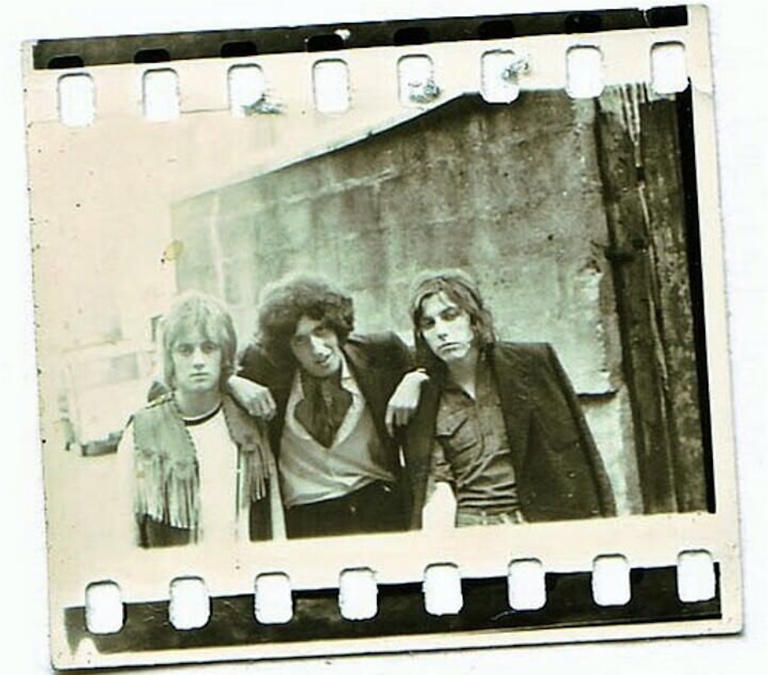 Staffell has no problem with the changes made in Bohemian Rhapsody.

They did a pretty good job with the expediency of telling a story that was 15 years in real time, and condensing that into two hours. I have no trouble at all with the need to develop a screenplay that creates the right emphasis and the right dependencies. As long as the emotional charge is retained, then it's fine.

I would've had the same view of how to condense it. Maybe slightly different details, but I thought it was the right way to do it. At the end of the movie, there's a poignancy to Freddie being aware that he had AIDS, during the triumph of Live Aid. Of course, that's unrealistic. It didn't happen like that, but that was the right note to end the film on. [Editor's note: Live Aid took place in 1985, but Mercury didn't learn he had AIDS until 1987.] 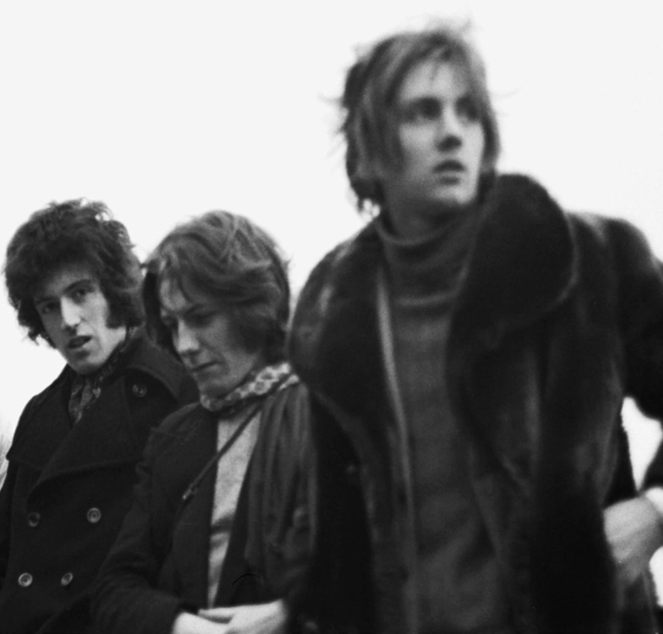 Staffell's music career—and connection with Queen—didn't end in 1970. In fact, he recorded vocals for the Smile recording in Bohemian Rhapsody.

I was never a front man with any substance. That was the main difference between myself and Freddie. I've made two albums since the turn of the millennia and maintained a writing career in music. The two albums, one is called Amigo, from 2003, which also has Bryan May, Snowy White, Morgan Fisher, and a whole host of players on it. It's just about to be re-released in a special edition. I'm gearing up to make a third album, which no doubt will be my last.

About a year ago to the date they called me into Abbey Road to have a run through "Doin' Alright" for the movie. They'd started off using the Queen version of that song as the fundamental backing track for the movie. But it didn't have the sufficient character of the original Smile work. It was relatively crudely put together, compared to sophisticated Queen stuff. So it was me singing and me playing, dubbing the new bass line and then Brian put some more guitar over it. It created the feeling of the '60s, by making the whole thing feel more raw than the original. 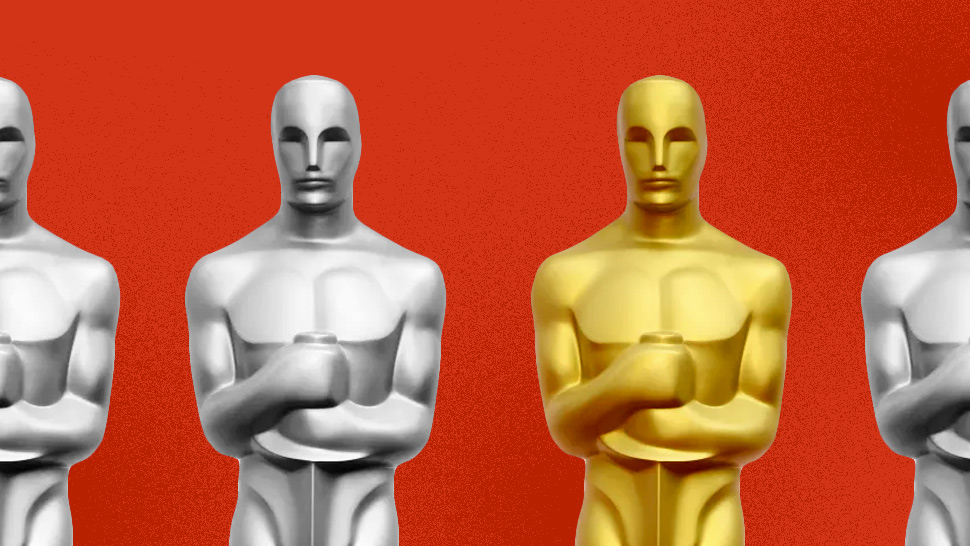 The Oscars Are Fun...If You Forget It's An Awards Show

Let Me Tell You Somethin', Brother: Chris Hemsworth Will Play Hulk Hogan in a Biopic
All Photos
Comments
View As List