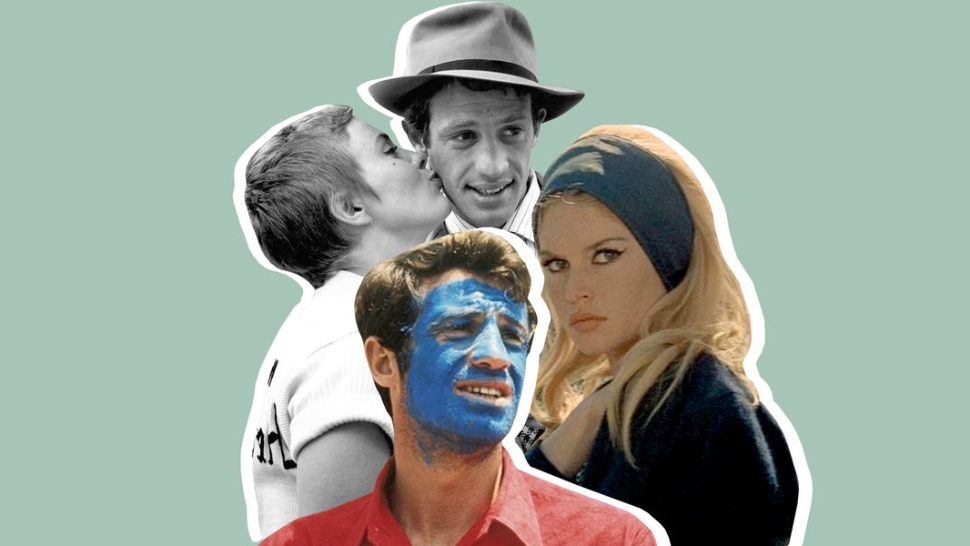 Jean-Luc Godard, legendary French-Swiss filmmaker—who shook the world with his radical political ideas and innovative approach to storytelling—died Tuesday in Rolle, Switzerland. He was 91 years old. During his career, Godard philosophized about life, love, and art, but he also used film communicate his perspective on the world.

Godard launched his career in 1960 with the boundary-breaking feature, Breathless, which is often referred to as the first French New Wave film. In his work, Godard took preconceived notions of linear narrative, cut them up, and pasted them together again to create completely new kind of films. Breathless, along with films from his friends and colleagues, François Truffaut, Agnès Varda, and Éric Rohmer, influenced a league of young filmmakers who began to emulate and expound upon their style. This movement of filmmaking was dubbed Novelle Vague, or New Wave, the hallmarks of which were its low-budget, almost documentary style of direction, experimental visual editing, and an often existential perspective on sociopolitical affairs. In his 1963 feature Le Petit Soldat, which follows a man caught between sides in the Algerian War, Godard grapples with the suffering that war causes people. In 1967's La Chinoise, Godard critiques consumerism and openly discusses the use of violence to achieve revolutionary political goals. 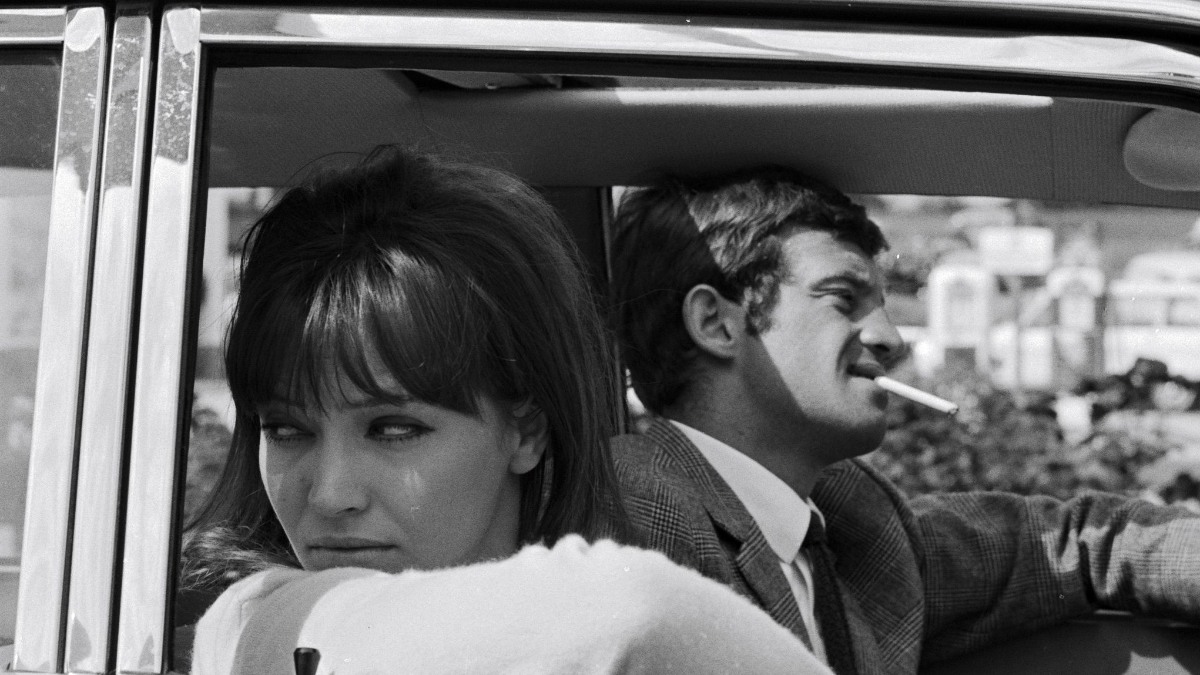 Godard was bold and not afraid to experiment with the medium of cinema. He's well known for his use of jump cuts. Godard, too, would insert musical numbers, much like the ones in early Hollywood films starring Gene Kelly, into an introspective monologue. At times, the director had actors speak directly to the camera, almost as if they were whispering truths about the world—and secrets they divulged only to you.

As Godard said in one of his most well-known aphorisms, "Cinema is truth twenty four times per second." In celebration of his life and work, here are our favorite movies from Godard's filmography. May you watch one and let a previously hidden truth unfold before your eyes.

Jean-Luc Godard's seminal work, Breathless, was his first feature film effort, launching the influential film movement of French New Wave. This film followed a Humprey Bogart-esque character, played by Jean-Paul Belmondo in one of his earliest roles, as he goes on a crime spree through Paris and tries to win back the heart of his American girlfriend, played by Jean Seberg. The film is at once lighthearted and nihilistic, introducing Godard's iconic use of jump cuts.

In Godard's first foray into color film, he referenced vivid technicolor Hollywood comedy musicals in this homage to the genre. The film starred Anna Karina, who would act in many of his influential works and later become his wife, as a precocious young woman who works in a strip club, but longs for commitment and children with her fickle boyfriend. With a lavish soundtrack, flair for vibrant color and wardrobe, and the charm of its leads, this film is a classic.

Anna Karina is in intense focus in this movie about a young woman who decided to leave her husband and son to pursue her dreams of being an actress. On her own, she's unable to make ends meet and is forced to start working as prostitute. Godard examined the choices that society gives women who attempt to rebel against cultural expectations. Karina's performance is moving and cemented her status as a New Wave icon.

Godard boldly critiqued The Algerian War in a film that was banned when it was first finished in 1960. He depicted a raw and unembellished portrayal of torture used on citizens in wartimes that lead to it being banned in France for three years. Anna Karina again took on the starring role here along with Michel Subor. The actor plays a young man who tries to avoid enlistment in the war, only to be forced to carry out an assassination and undergo torture when he attempts to disobey.

This film followed three young troublemakers as they plan out a robbery. Anna Karina played Odile, the young girl who is lead along by two reckless men who both pine after her. An iconic dance number in this film where Godard made use of disjointed intercutting of the soundtrack influenced many later filmmakers, including Quentin Tarantino for the infamous dance scene in Pulp Fiction.

An avante-garde film that somehow stands at the intersection of science fiction, film noir, and dystopian genres, Alphaville is a heady film that is grounded by its big philosophical ideas. The film takes place in a world where free thought, love, and poetry have been abolished. Our hero, a hard-broiled secret agent must undergo a dark journey to illuminate these life affirming ideas.

Filmed in a documentary style, this film philosophized on contemporary youth culture at the time. The young men and women in the movie ruminated on topics of love, sex, work, and consumerism. A quote from the film tries to encapsulate the youth mentality: "This film could be called the Children of Marx and Coca-Cola."

A revolutionary experiment with film format, this movie by Godard takes on a documentary form to broach topics like the consequences of our consumerist society and sexual politics of the treatment of women. The film is narrated by Godard, who voices his thoughts and feelings on contemporary culture. Many of the scenes in the film were improvised, with actors encouraged to speak freely about what was on their mind, which created a sense of raw honesty and reflection.

One of Godard's most overtly political films, La Chinoise, followed five young revolutionaries who abide by the teachings of Maoism. They share radical ideas about political violence, capitalism, and how to achieve revolutionary goals.

Godard's 42nd feature film did not stick to the status quo. Godard was fascinated by 3D film technology, creating his own vision for a film shot in 3D. In this ambitious and creative film, Godard played around with many technical aspects to create a movie that uses 3D as a way to create shots with double exposure, where scenes were interlaid over each other and played out at the same time. Goodbye to Language is an innovative later work by Godard, that still echoes many of his classic themes on love and life.

Some would call this Godard's magnum opus: a 266-minute-long, eight-part, film that studied the history of modern culture, cinema, and how to examine both through the lens of film. Sometimes dubbed a "cinematic painting," or a visual essay, Godard looked through decades of art, music, and movies to piece together a beautiful film that stands as a meditation on the meaning of art and how it defines our lives. 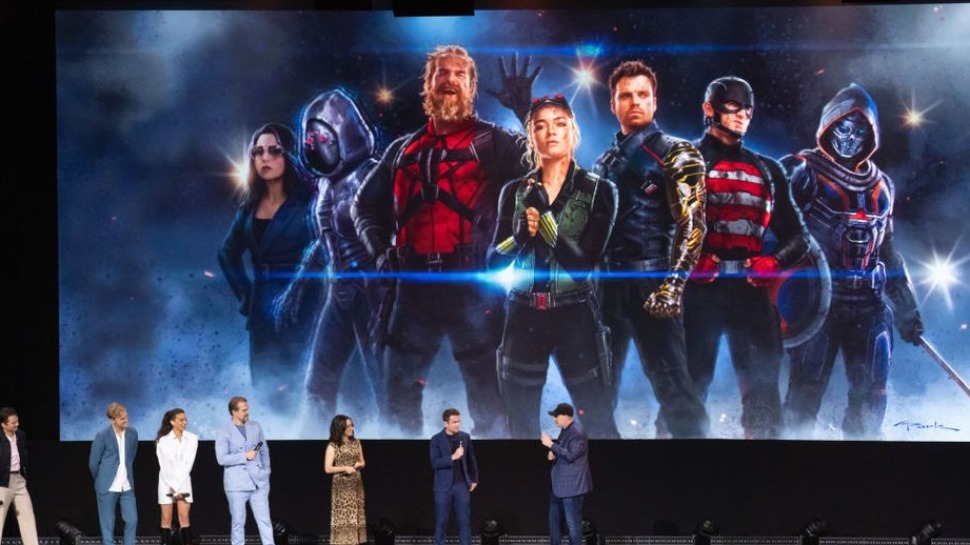