Despite its raw exterior, this is a show with heart.

Out of all the Marvel Cinematic Universe shows on Netflix, Jessica Jones has been the most subtle and unspectacular. And I mean this in a good way.

Season 1 was a terrifying watch that, compared to the other Marvel shows, simply didn’t have the kind of action that makes a superhero show, well, super. Instead, Season 1 was a deeply disturbing voyage through one woman’s PTSD and the complexities of rape. The first season was so good it was almost unwatchable. My wife had wanted to quit midway through the season but plodded on, but she had nightmares about Kilgrave for days after.

Season 2, which began airing on March 8, picks up where Season 1 left off and is a similarly subtle, gripping series that showcases only moderate superheroics. Jones, played to goth rocker perfection by Krysten Ritter, is dealing with the repercussions of her murder of Kilgrave. Throughout the series she repeats an important mantra that very easily and very often gets lost in the bang and clatter of superheroes beating on villains: She is not a killer.

It’s heartening to see that some heroes are made to genuinely care so much. Despite Jones’ misanthropic exterior that sees her push everyone she cares about away, the show makes it clear that all she wants is for nobody to get hurt. It’s eminently more watchable than the first season, if only because it’s less disturbing on a psychological level. (My wife was more invested this time, owing to the strong themes of motherhood and because, as she put it, “I can relate to psycho bitches.”)

Throughout the series she repeats an important mantra that very easily and very often gets lost in the bang and clatter of superheroes beating on villains: she is not a killer.

That said, the entire series takes some endurance to watch because the it’s a slow-burning story that takes us back to Jessica’s past, with the familiar trope of clandestine government experiments gone awry. Is it worth bingeing on? In my opinion, no. This is a show that’s best taken in small doses. The themes explored in Season 2 are dark and heavy, and you should digest each episode slowly because much of what happens on the show is morally complex. What makes Jessica Jones Season 2 so remarkable is that nothing is quite black and white. Unlike Season 1 where Kilgrave was a pervasive evil that infused the entire show with dread, there’s no such clear-cut distinction this time around. A few episodes in, you begin to realize that this isn’t a show about a superhero but about monsters.

Although the MCU shows on Netflix touch upon each other, they’re self-contained unlike most comic book crossovers where you tend to lose a lot of the story and flavor without reading everything. Season 2 is even more standalone than the first, which featured Jones’ comic-book husband Luke Cage. There are disappointingly no cameos from the other Defenders in this one. In fact, the show seems to pretend that anything in The Defenders ever happened.

It’s difficult to discuss the merits of Jessica Jones without going into spoiler territory so you should stop reading here if you plan to watch the show and don’t care to be spoiled. Suffice it to say that it’s worth your time more than Iron Fist or The Defenders, so if you invested in those, you should definitely see Jessica Jones Season 2. There is nothing that happens here that’s likely to impact the other MCU shows moving forward, so you can watch it at your complete leisure. 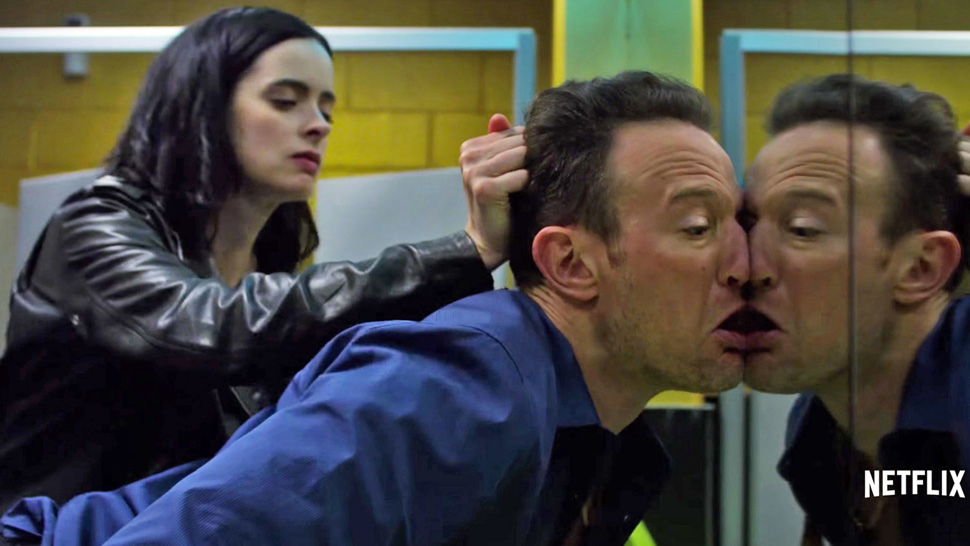 The series starts off with a brief moment of levity with the cameo of a Golden Age superhero named Whizzer, who wears yellow and blue and even has a pet mongoose named Emil as homage to the comics. He is tragically murdered by a woman who we later find out is Jessica’s mother, Alisa, who apparently survived the car crash and was also the recipient of unsanctioned experiments that turned her into an even stronger, unhinged version of Jessica.

In the beginning, Alisa seems to be our main villain after a killing spree but it gets complex when the layers of homicidal, bestial rage are peeled away and she reestablishes a relationship with her daughter. She’s the most obvious monstrosity but also the character whom you want to see find redemption not only because her fits of murderous rage are a result of genetic tampering but also because she learns to overcome them with Jessica’s help.

Comic fans will also get to see Dr. Karl Malus, albeit a kinder, gentler version who likes to wear rock & roll band shirts and has become Jessica’s mother’s lover. Dr. Malus stresses that his experiments were conducted because he wanted to save lives, and both Jessica and her mother are living proof. But neither woman asked to be saved, especially not with the resulting side effect of superpowers and psychoses, rendering Karl’s practices unquestionably unethical. Complicating the argument is when he performs the same genetic editing on a more than willing Patsy, whose insecurity with her adoptive sister Jessica’s superpowers had been evident since the first season. Despite his empathetic demeanor, Karl Malus is still essentially a monster because he doesn’t actually care that his experiments change people irrevocably, or that they may even kill their subjects, regardless of whether or not they ask for it.

Jessica’s love interest in Season 2 is her new building supervisor, Oscar Arocho, a divorcee with a Captain America-loving son named Vido. Oscar is an ex-con on probation who still does shady business by forging documents but every time he does it on the show it’s always for a good purpose, further straining the unethical but morally right argument. (That Oscar’s paintings are all seemingly by Alias cover artist David Mack is a nice nod to the comics.)

The one monstrous change that’s hard to watch is that of Trish Walker, whom comic fans already know as the superhero Hellcat. It was only a matter of time before she would get superpowers, and the season finale gives us a glimpse of what’s to come in Season 3. But the payoff comes at a high price as Patsy, whose past as a directionless drug addict, washed up child star, and sexual abuse victim all lead to her spiraling into making worse and worse decisions.

There’s something monstrous in all of us, and we turn into monsters when something threatens what we love.

The irony is that of all the characters in the show, it’s Patsy who genuinely wants to become a hero. She looks upon Jessica and envies her power because she feels that she would put them to better use. She looks upon her former beau Griffin Sinclair, the MCU’s version of Anderson Cooper, and envies the kind of good he does for the world. It’s this desire to help people that ultimately destroys her character, and it’s heartbreaking to see. She reaches her lowest point in what is proably the most karmically tragic twist of the season.

Because Jessica pushes away people, even good-guy Malcolm becomes morally questionable when in the end he allies himself with Pryce Cheng, a p.i. who's a less scrupulous rival to Jessica, and Jeri Hogarth. We’ve always known Jeri was an unethical monster, but we feel genuinely sorry for her when we learn she’s dying from ALS and later when she becomes the victim of a con. When she exacts her revenge on her abusers, you’ll feel guilty for cheering her on—and that’s the point. There’s something monstrous in all of us, and we turn into monsters when something threatens what we love. We’re all prone to making the wrong decisions. Whether it’s because we’re angry, addicted, hurt, or even because we want to help others, we sometimes do wrong things.

Jessica Jones is about monsters and the monsters who make them. There are thirteen episodes directed deftly by thirteen women directors, with stories centered around the women. The series gets to see everyone battle their own demons or become them. Building on the premise that nothing is ever black-and-white, it puts the main character who already has so much self-doubt through an unwinnable situation. It’s a good watch but it takes some trudging through because the pace is slow and the themes somewhat heavy. It’s taken two seasons, but the finale let’s us see an unburdened Jessica Jones who may have finally exorcised the ghosts of her past, perhaps to prepare us for a distinctly more heroic third season. 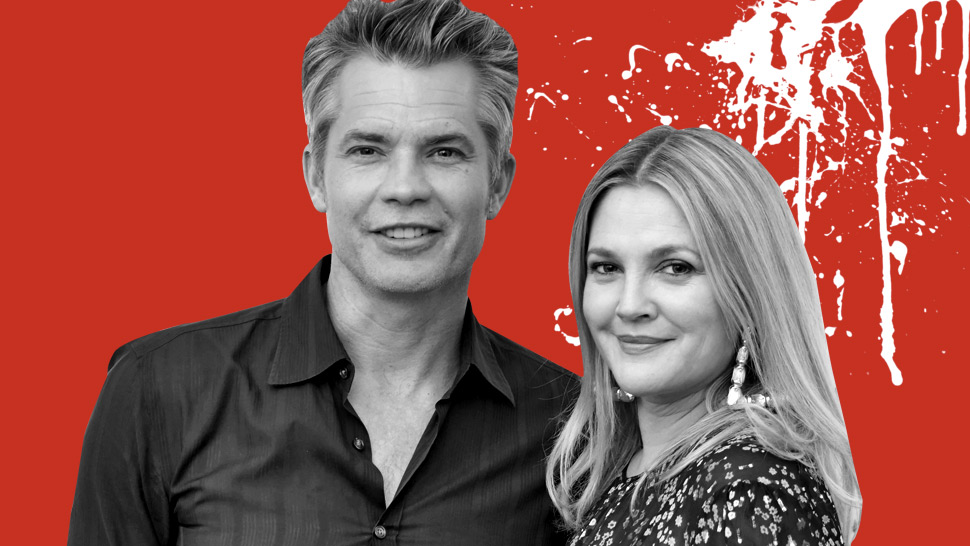