It's been a while since we've seen Jim Carrey in something big—2014's Dumb and Dumber To might be the last time, not counting Netflix's Jim and Andy—so it's refreshing to see the comedian back in action. Carrey's next project is a series entitled Kidding, which got a fresh trailer just this week. From what we can tell, Carrey reprises the insanity that we know him for, through a Mr. Rogers-type character:

The official synopsis of Kidding reads: "Jim Carrey stars as Jeff, a.k.a. Mr. Pickles, an icon of children's television, a beacon of kindness and wisdom to America's impressionable young minds, who also anchors a multimillion-dollar branding empire. But when Jeff's family begins to implode, he finds no fairy tale or fable or puppet will guide him through the crisis, which advances faster than his means to cope. The result: a kind man in a cruel world faces a slow leak of sanity as hilarious as it is heartbreaking."

You get a sense of this in the trailer, which seems to be hiding a lot of heavy stuff underneath all the paper cutouts and puppet-fucking. Deadline reports that Carrey spoke to an audience about his new show, comparing its themes to those of The Truman Show: "The idea of identity—the search for identity of who you are; what’s an authentic person—has always been attractive to me. The idea of being hit by a freight train in life and hanging on to the idea of yourself." Creator and executive producer Dave Holstein puts it succinctly: "Kidding is about a kind man in a cruel world."

Kidding is directed by Michel Gondry, who also made Eternal Sunshine of The Spotless Mind with Carrey. It's set to premiere early in September on Showtime in the States. 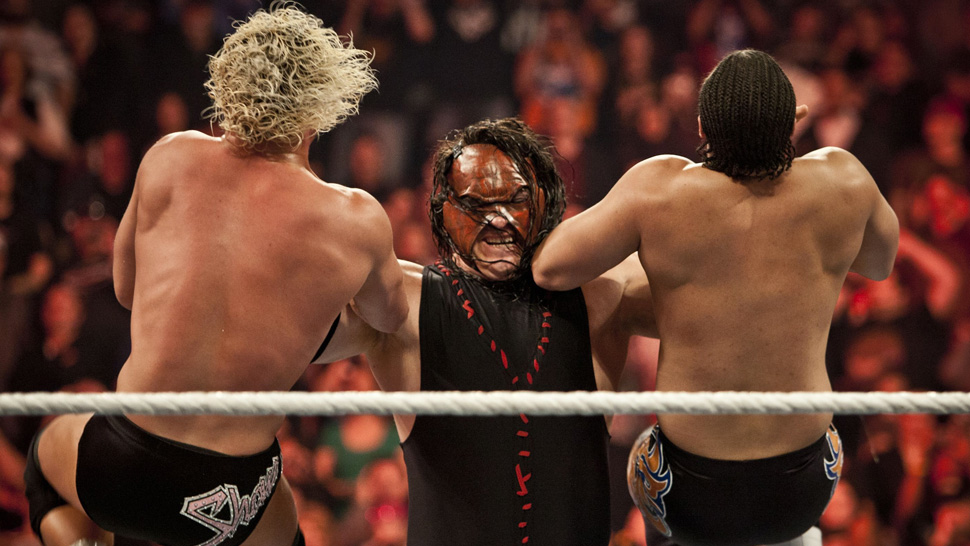 Matt Groening's Disenchantment is Darker, But the Signature Simpsons Charm is Alive and Well
All Photos
Comments
View As List