The film is a condemnation of a system that reinforces and widens the divide between rich and poor, explaining but never exonerating the turn to anarchy.

“Comedy,” the late, great George Carlin once told Larry King, “has traditionally picked on people in power, people who abuse that power.” Few people utilized comedy as effectively as a means of commentary than Carlin, and he understood that for comedy to be truly meaningful, it needs to punch up, not down.

Todd Phillips's impressive filmography, from Old School to the Hangover trilogy, is a testament to his mastery of comedy. He takes that sentiment and holds it up as a broken mirror against today’s broken society and punches all the way up in the decidedly un-comedic, cinematic tour de force Joker.

Based on one of the most iconic comic book villains of all time, Joker reimagines the origin of archnemesis as a product of an increasingly hostile and alienating society where the divide between the rich and poor ever widens. Who needs a vat of toxic chemicals when the city has gotten so toxic, so oppressive it can break men to the point of criminal insanity? In some ways, the fears of Joker inciting or inspiring disaffected, angry white males to violence is valid and real. But Phillips adeptly and deliberately frames Joker’s turn to violence and crime not merely as a result of cruelty, bullying, and social inequity, but as the disproportionate response of a mentally unstable and dangerous man.

Joaquin Phoenix’s Arthur Fleck may be a white incel, but he’s so incredibly ill that he’s unfit to be emulated. Arthur is a middle-aged male who still lives with his mother and struggles to hold down his job as a clown in unforgiving Gotham City. Arthur is afflicted with Pseudobulbar Affect, which causes him to laugh involuntarily and uncontrollably, making it difficult for him to function normally. His bouts of laughter come at such inopportune times that they hamper even his work as a clown and aspiring stand-up comedian.

The irony of a profoundly unhappy clown whose laughter unsettles rather than cheers is core to the film’s theme. When it comes to Joker, the mantra, “put on a happy face,” is less a positive philosophy than it is an insidious method to mask criminal activity, a means to hide the identity of rioters and anarchists.

The iterations of the Joker, both on the comic page and onscreen, are schizophrenically diverse. The actors who have played the character have each brought his own interpretation of the clown prince of crime, adding even more facets to an already multi-faceted villain. Because the Joker is so complex, there is no definitive origin story or interpretation, with every version of the Joker just as valid as the next. Even Jared Leto’s much-maligned tattooed gangster from Suicide Squad added complexity to an endlessly chimeric figure. With Joker, Phoenix humanizes the villain in a way audiences have never seen before.

Phoenix transformed his body into a disconcerting mass of tired skin and bones for the role, moving his oddly jointed limbs in almost alien movements. It’s an incredible and powerful performance, vacillating between hysteria and a feeling of emptiness and loneliness that barely conceals the incredible violence waiting to be unleashed upon the world.

Joker and the Batman have always been opposite sides of the same coin, both products of a cruel, insensitive world that takes more than it gives. Bruce Wayne is born to privilege, orphaned by crime; Arthur is one of the faceless many who fall through the cracks, lonely even in the company of family, reliant on social services and welfare that can disappear at any moment.

As Arthur meets with his social worker, a sign behind her says, “it’s okay to feel trapped,” a guileful establishment message disguised as a motivational quote. This is how Todd Phillips frames the story. The complacent, disconnected rich against the discontented masses, the forgotten poor. The establishment versus the rabble. Comedy picks on the people in power, except that Joker is anything but comedy.

Joker explores mental illness and abuse, delusion and violent behavior. The Joker is a product of a broken system, where people feel disenfranchised and isolated. In one of the film’s turning points, three young Wall Street brokers pick on a dejected Arthur on the train, privilege entitlement on display. It’s chillingly familiar because it’s all too common, and Arthur is the anti-establishment underdog audiences will want to root for. But Phillips cleverly derails audience sympathy as Arthur’s psychopathic behavior predictably turns increasingly darker until it reaches the point of no return.

Highlighting contrasts between the haves and have nots is Robert De Niro’s Murray Franklin, Arthur’s rich and popular counterpart, a talk show host who ends each show with the fatalistic, “that’s life!” Murray has the kind of success Arthur aspires to achieve but is simply not equipped for. In fact, Arthur is hardly equipped for anything, a barely functioning member of society who’s invisible despite being in full makeup.

Joker is an excellently crafted film. Lawrence Sher’s cinematography is intense and powerful, the neo-noir imagery haunting and lingers long after the credits roll. Sher is Phillips’ longtime collaborator, and the grit and grime of the Hangover films carry over here. Grating violin solos punctuate the film, complementing the deliberately claustrophobic production design based on vintage elements from the ’80s. Desaturated, grainy images play on CRT televisions, the Energizer bunny juxtaposed against the breaking news of chaos descending upon the city. Zorro the Gay Blade, which came out in 1981, plays in a cinema rather than the canonical Mark of Zorro.

Joker is an homage to and modernization of Taxi Driver. De Niro’s casting as a talk show host is a form of passing the baton to Phoenix as an irredeemable, deranged Travis Bickle. Like Travis, Arthur also keeps a journal where he jots down his thoughts and comedic material, which are anything but funny. With lines like, “I hope my death makes more cents than my life,” Arthur’s nihilism is an updated contrast to Travis’ self-centeredness and conceit.

This is a cautionary tale, albeit not without its flaws. Films are always important in context, and the increasing rise of real-life Travis Bickles in today’s world leaves Joker’s context open to criticism. But Phillips is careful to not romanticize the violence; as it escalates, it twists from being cathartic to deplorable.

Joker is a condemnation of a system that reinforces and widens the divide between rich and poor, explaining but never exonerating the turn to anarchy. It is masterful, powerful, and in the context of today’s society where the people in power brazenly, unapologetically abuse their power, a tragedy—not —that is arguably even necessary. 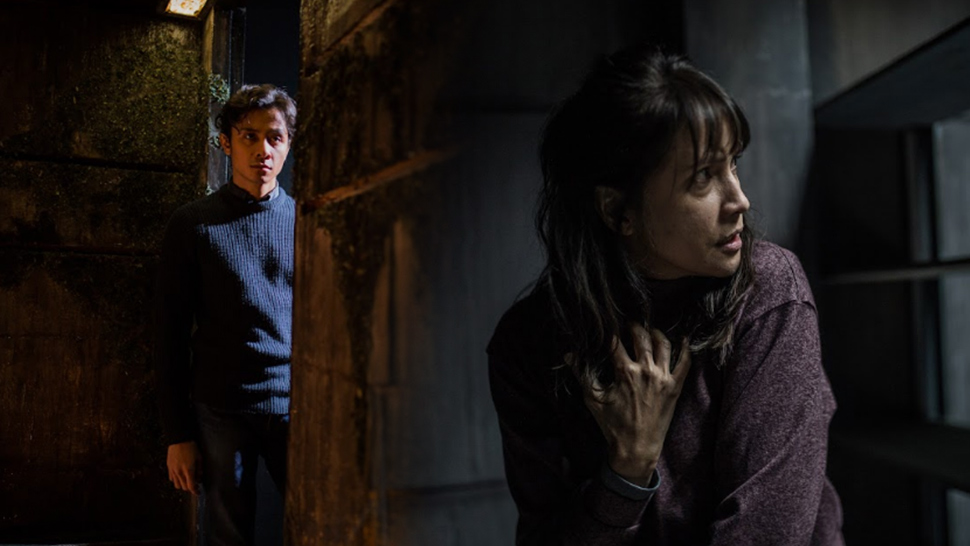 Aaron Paul Was Stunned Into Silence By The Breaking Bad: El Camino Ending
All Photos
Comments
View As List